Home / Stories / 13 things you never knew about the Little Rascals
Did you know?

13 things you never knew about the Little Rascals

Learn more about Spanky, Alfalfa and the rest of 'Our Gang.' 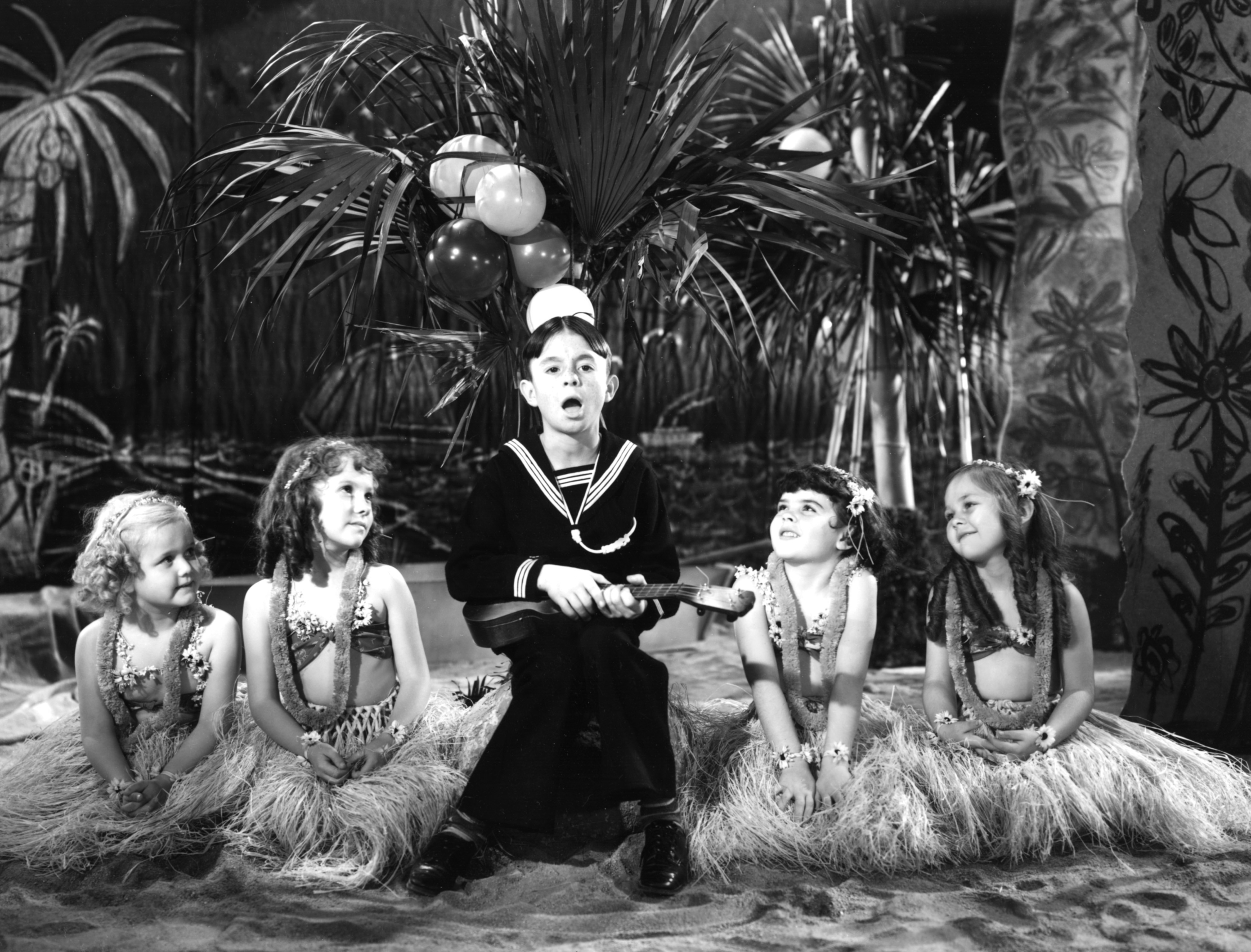 Few Hollywood creations have become global icons like the Little Rascals. The tykes were titans of pre-war entertainment, churning out hundreds of short films in the 1920s, '30s and '40s. Hal Roach's movies introduced a ragtag bunch of children to the world who would become household names. Who doesn't recognize Alfalfa's hair or Froggy's croaking voice? 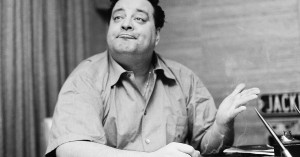 In 1949, Roach bought back the rights to the 1927–1938 Our Gang shorts from MGM. However, MGM held on to the "Our Gang" name. So, Roach repackaged his originals for television in the 1950s and renamed them The Little Rascals. The rebundled TV episodes introduced new generations to Spanky, Buckwheet and the gang. For decades, The Little Rascals have been kept alive in reruns and reboots.

Let's take a look at some things you might not know about this iconic franchise. 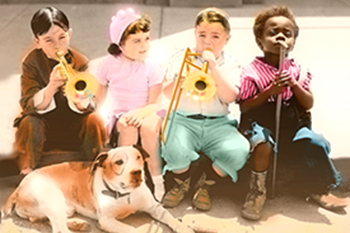 Wheezer, Porky, Farina, Bonedust, Pineapple… How many Rascals can you name? While Alfalfa, Spanky, Buckwheat and Dorothy became the most familiar faces, they did not join Our Gang until its second decade. Roach rebundled 79 of the 80 Our Gang shorts filmed with sound to make The Little Rascals TV series. The early silents and later MGM episodes are not circulated as much.

2. Mickey Rooney and Shirley Temple failed their 'Our Gang' auditions. 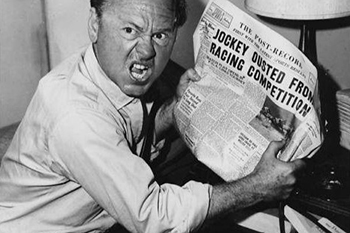 Believe it or not, two of Hollywood's most successful child stars didn't cut the mustard. "I remember the kid," Hal Roach recalled of Rooney in the Leonard Maltin book The Little Rascals: The Life and Times of Our Gang. "I just didn't think he'd fit into the gang." Likewise, Temple was rejected. The two's careers turned out just fine, thanks.

3. Chubby, Stymie and Buckwheat won contests to join the cast. 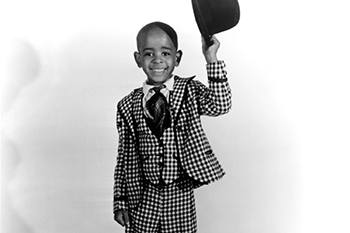 4. Ernie "Sunshine Sammy" Morrison was the first African-American actor to sign a long-term contract in Hollywood. 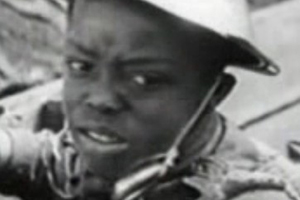 Morrison inked a deal with Roach in 1919, three years before Our Gang began.

5. Makeup legend Max Factor added the ring around the eye of Pete the Pup. 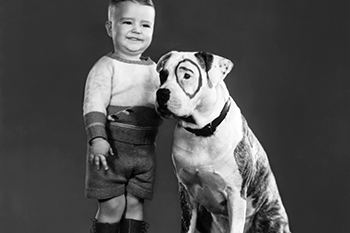 The man behind the cosmetics giant, born Maksymilian Faktorowicz, founded Max Factor & Company in Los Angeles in 1909. He quickly hooked up with Hollywood. According to the book Circus Tricks for Your Dog: 25 Crowd-Pleasers That Will Make Your Dog a Star, he drew the circle around the eye of Pal the Wonder Dog, the original canine star of Our Gang.

6. Pete's ring moved from his right eye to his left after the original dog died. 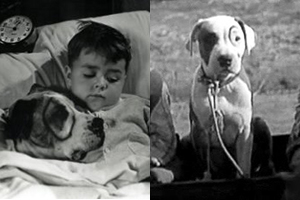 In 1930, Pal the Wonder Dog was sadly poisoned and died, or so it is told. One of his offspring inherited the role of Petey. The young pup was named Lucenay's Peter in real life. His eye circle mysteriously moved to the other side. That dog's final appearance came in 1932's The Pooch, after which a string of dogs filled the role.

7. The rock & roll band the (Young) Rascals were inspired by the Little Rascals. 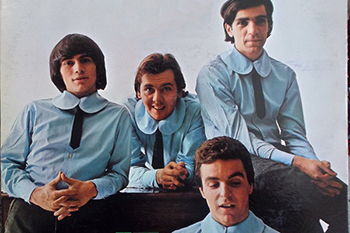 The Rascals topped the charts in the 1960s with their smashes "Good Lovin'" and "Groovin'." The band was originally called the Young Rascals. In an interview on the website the Rascals Archive, member Dino Danelli recalled, "We came up with the name Rascals at the Choo Choo Club. One night we were playing there and someone said, 'You ought to call the band the Little Rascals.' We said, 'Rascals, yeah.. well, why don't we dress up like rascals?'

8. The theme song was not introduced until the 101st Our Gang short. 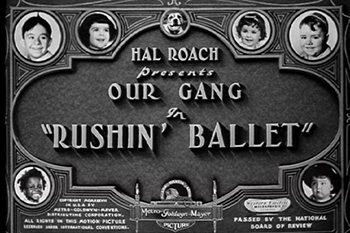 You all recognize "Good Old Days." The tune is forever associated with The Little Rascals. However, the song was not used until 1930's Teacher's Pet, the 101st Our Gang short, which also marked the first appearance of June Marlowe's Miss Crabtree character.

9. George "Spanky" McFarland's final role was a cameo on 'Cheers.' 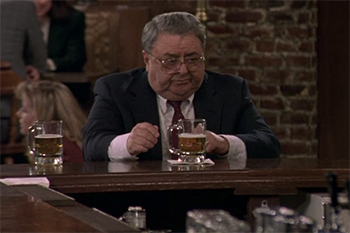 At the beginning of the episode "Woody Gets an Election," Cliff and Norm spot McFarland drinking alone at the bar. McFarland would die months later in the summer of 1993. He is just one of two Rascals to have a star on the Hollywood Walk of Fame, along with Jackie Cooper, who went on to play Perry White in 1978's Superman. 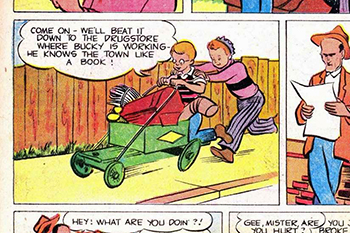 Kelly is a legendary cartoonist and animator, having worked on Disney classics like Fantasia and having created the comic strip Pogo. In the 1940s, he drew Our Gang comic books for Dell Comics.

11. There was just one Our Gang feature film made, set in the Civil War. 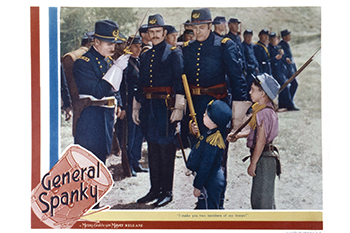 While the Rascals ruled the medium of film shorts, they had far less success in features. Just one misguided full-length was made, 1936's General Spanky, a period piece that sent Spanky, Alfalfa and Buckwheat back to the Civil War. Needless to say, it would not hold up with modern audiences.

12. Gary Coleman starred in a pilot for Norman Lear's 'Our Gang' reboot. 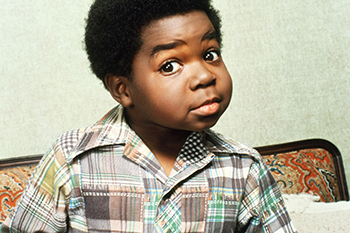 Television pioneer Norman Lear crafted two pilots for his attempted Little Rascals reboot in 1977, "Rascal" and "Souper Nuts." They were not picked up, obviously, though one exec did fall in love with star Gary Coleman, picking him for the lead in Diff'rent Strokes.

13. Five of them are still living. 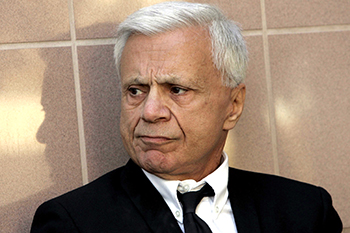 After the passing of Dick Moore and Jean Darling in September of 2015, only five original Our Gang actors were left living. One of them is former Baretta star Robert Blake, who worked on Our Gang under his original name, Mickey Gubitosi. The other living Rascals are Sidney Kibrick, Jerry Tucker, Mildred Kornman and Leonard Landy. Billy "Froggy" Laughlin lived the shortest life of any Rascal, as he was hit by a truck while delivering newspapers at the age of 16.

JonSea31 9 months ago
Surprised the article never mentioned the short-lived "The Little Rascals" animated series produced by Hanna-Barbera, which aired on ABC from 1982 to 1984.
Like Reply Delete

Teresa 16 months ago
Why isn't the little rascals part of the tv shows on me tv?
Like Reply Delete