Where To Watch Shop Store Contact
Home / Stories / Before they were Barney Fife and Alice Nelson, these sitcom icons briefly played lovers

Before they were Barney Fife and Alice Nelson, these sitcom icons briefly played lovers

It was a quick Hawaiian romance on 'Love That Bob.' 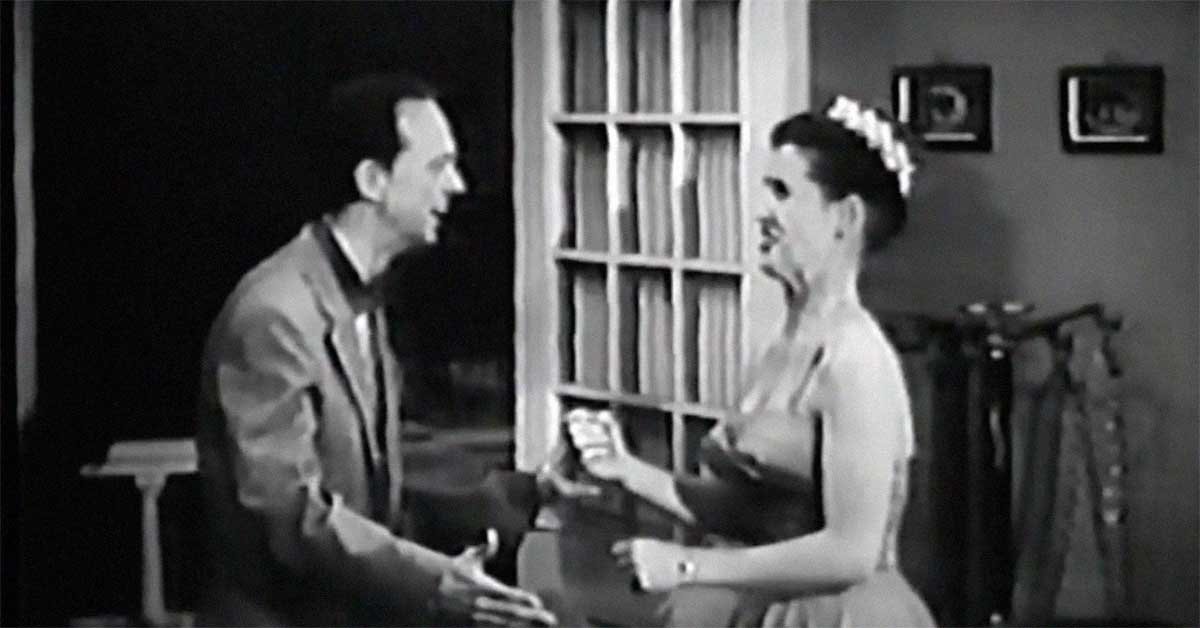 Perhaps the most curious thing about Don Knott's television career is not just how few credits he had to his name before The Andy Griffith Show, but how shows tried to cast him as a dramatic actor. The West Virginia native, who started his performing career with a ventriloquist dummy, landed his first TV gig on a soap opera of all places.

Knotts briefly played a character called Wilbur Peterson on the daytime melodrama Search for Tomorrow. He got the job thanks to a former radio colleague he met voicing characters on the kiddie cowboy program Bobby Benson and the B-Bar-B Riders. Little remains of his work on the series, aside from a clip of an unconscious, bedridden Wilbur. Talk about a waste of talent.

Around the same time, in 1953, Knotts popped up in an episode of Robert Montgomery Presents, a dramatic anthology series that adapted stage plays, films and famous tales for television. It was broadcast live, so little remains, but it is interesting to note that the episode with Knotts, "Pierce 3098," also featured Montgomery's 20-year-old daughter, Elizabeth. You know her better today as Samantha from Bewitched.

Steve Allen was the first person to see the comedic potential of Knotts on the small screen. From 1956 to 1960, Knotts appeared 51 times on the variety show. It was there that Knotts honed his trademark mannerisms: scrawny, stuttering and knock-kneed. His "Mr. Morrison" character was essentially a dry run for Barney Fife. In particular, his "Nervous Weatherman" sketch introduced his hilarious demeanor to millions of Americans. 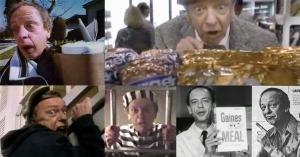 Oddly, a sitcom did not book Knotts as a guest star until 1958, when, at least, he had a small part on Love That Bob, a.k.a. The Bob Cummings Show. And what a booking it was. Because the episode, "Bob and Schultzy at Sea," cast Knotts as a love interest to Ann B. Davis.

Everyone knows Davis as Alice from The Brady Bunch. But before she played a housekeeper to six kids, Davis was taking home two Emmy Awards for her work on Love That Bob. She portrayed Schultzy, the assistant to Bob, a Hollywood photographer.

In "Bob and Schultzy at Sea," the two head to Hawaii, where Bob sets Schultzy up on a date with Flash Gruskin (Knotts).

After the vacation and fleeting romance, Schultzy tells the tale to friends at a dinner party. Everyone has heard rumors about this "beautiful hunk of man." Bob spits up his drink at the description.

"He was in love with Schultzy," Margaret, Bob's sister, explains. Which makes everyone wonder why they broke it off. They speculate that he must be wasting away in sorrow now.

Flash rings the doorbell and interrupts the dinner. "You left me waiting on the beach at Waikiki!" he tells Schultzy at the door. The other dinner party guests gather around, in shock at the appearance of this supposed "hunk of man":

"Just look at what unrequited love has done to what was once a beautiful hunk of man!"

Knotts would get used to that reaction soon enough.

DeborahRoberts 19 months ago
It may have been a waste of his comedic skills to cast Knotts in a serious daytime drama role, but I would LOVE to see his old episodes of "Search for Tomorrow." Most entertainment fans know soaps have been a starting place for some major talents, including Oscar winners Kathy Bates, Morgan Freeman, Leonardo DiCaprio, Brad Pitt, Kevin Kline, Melissa Leo, Tommy Lee Jones, Marisa Tomei, and Ellen Burstyn, as well as stars Tom Selleck, Michael B. Jordan, Meg Ryan, Mark Hamill, and Demi Moore.

Since performers routinely say comedy is harder than drama, I'm sure Knotts handled his part well. But it would be interesting to see him tackling different subject matter than we're used to seeing from him in that era.
Like Reply Delete

harlow1313 43 months ago
It must take a certain internal strength for actors who are often cast as undesirable to the opposite sex. Your Wally Coxes and Nancy Kulps...
Like Reply Delete

MaryMitch 43 months ago
In the Brady Bunch movie, Ann B. Davis played a small part as a truck driver who picks up runaway Jan. Her CB handle was "Schultzy"! (I don't know why I remember that.) Up until now I didn't get that joke.
Like (1) Reply Delete