This scripted moment between characters turned into a treasured one between actors.

November 14, 2022, 10:57AM By MeTV Staff
On Now
Major Winchester says goodbye to Major Houlihan with a heartfelt gift!
Up Next:
Share

There's no shortage of strong moments and memorable goodbyes in the final episode of M*A*S*H, the one that brought the award-winning series to a close after 11 successful seasons.

Maj. Margarget Houlihan was a big part of the goodbye episode, and rightfully so. Houlihan's actor, Loretta Swit, was on the series from pilot to end, and it goes without saying she shared a lot of heartfelt moments with the cast throughout the run of the show.

In the finale, Houlihan and Maj. Charles Winchester, played by actor David Ogden Stiers, share a couple of heated moments over a book Margaret borrowed. As Winchester packs up his belongings in preparation for the end of the war, he asks Margaret to return his copy of Elizabeth Barrett Browning's Sonnets from the Portuguese, volume three, because it's part of a four-volume set. Without volume three, "the set would have all the charm of a smile with a missing tooth," Winchester states.

Houlihan knows Winchester doesn't even like the book he wants back, so naturally she is irritated. That irritation turned into a full-fledged argument between the two characters when Houlihan returns the book. Of course, this wasn't the relationship the actors had with each other in real life, though Stiers kept to himself more than the rest of the cast. 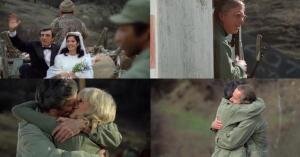 M*A*S*HFinalePoll
Quick: Which M*A*S*H goodbye scene from the finale is your favorite?

"He's very much his own person who doesn't socialize all that much," Swit said in a 2004 interview with Television Academy Foundation. "Nobody even had his phone number. It wasn't that he was unfriendly, he was wonderfully friendly. He had his own nickname for me and we loved working together, I know we did."

Swit said she would tease Stiers that she didn't know of a way to get ahold of him once the series ended, whether it be for a get-together or to call and say hello.

Apparently, Swit's teasing had gotten to Stiers, making his departing scene in the M*A*S*H finale that much more meaningful. When the character of Winchester gifts the aforementioned book to Houlihan, the exchange was evidently twofold. Winchester not only gave Houlihan a gift, but Stiers gave Swit something on the endsheet.

"In the finale, he wants Margaret to have the book, as a memento and he's about to give it to her, and Winchester probably enscribes it 'to Margaret.' David handed me the book when it was my close-up and I opened it and it was [enscribed] to me, and it had his phone number," Swit said.

That beautiful smile you see in the final scene between Winchester and Houlihan was actually Swit beaming in real life.

"When you re-watch... you will see, my reaction was based on [what] David the actor, gave to Loretta," Swit laughed. "We were able to do things like that." 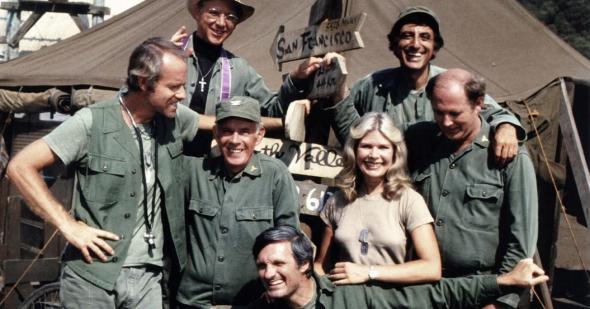 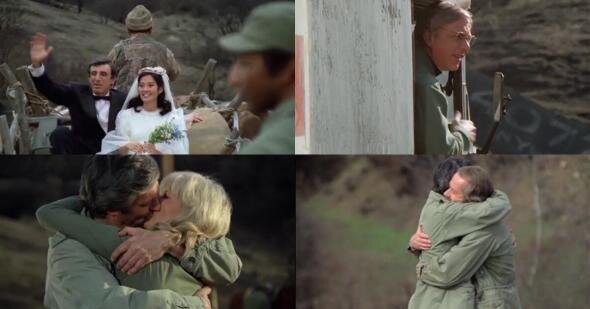 M*A*S*HFinalePoll
Quick: Which M*A*S*H goodbye scene from the finale is your favorite? 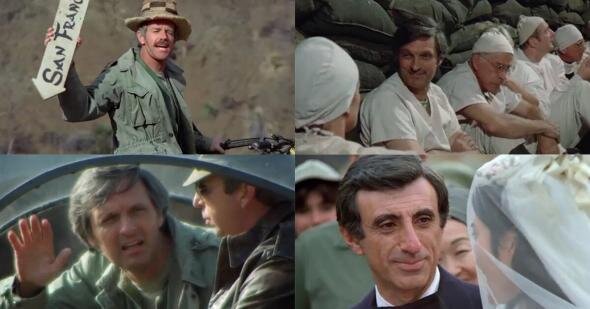 M*A*S*HFinaleQuizTrivia
Only a true 'M*A*S*H' fan can tell which images from the finale came first
Are you sure you want to delete this comment?
Close

327053 12 days ago
I still can’t believe it’s been almost 40 years since this show went off the air. These wonderful characters still bring many laughs and tears to newer generations. I’m just glad it happened in my time.❤️‍🩹😊
Like Reply Delete

RS1515 13 days ago
I actually watched MASH as a kid, it was not until the show was in syndication I was able to picked up on the adult themes the show depicted. One thing I noticed was that Major Houlihan, as she aged, started to look more attractive. Compared when the show first started.
Like Reply Delete

WordsmithWorks 13 days ago
What about the recording by that Schnabel guy?
Like Reply Delete

OldTVfanatic WordsmithWorks 11 days ago
SHE STILL OWES HIM THAT RECORD!
Like Reply Delete

CaptainDunsel 13 days ago
Sort of lends a whole new meaning to the term "mash note", doesn't it?
Like (3) Reply Delete