Home / Stories / The network rejected only one M*A*S*H script in the history of the show
did you know? 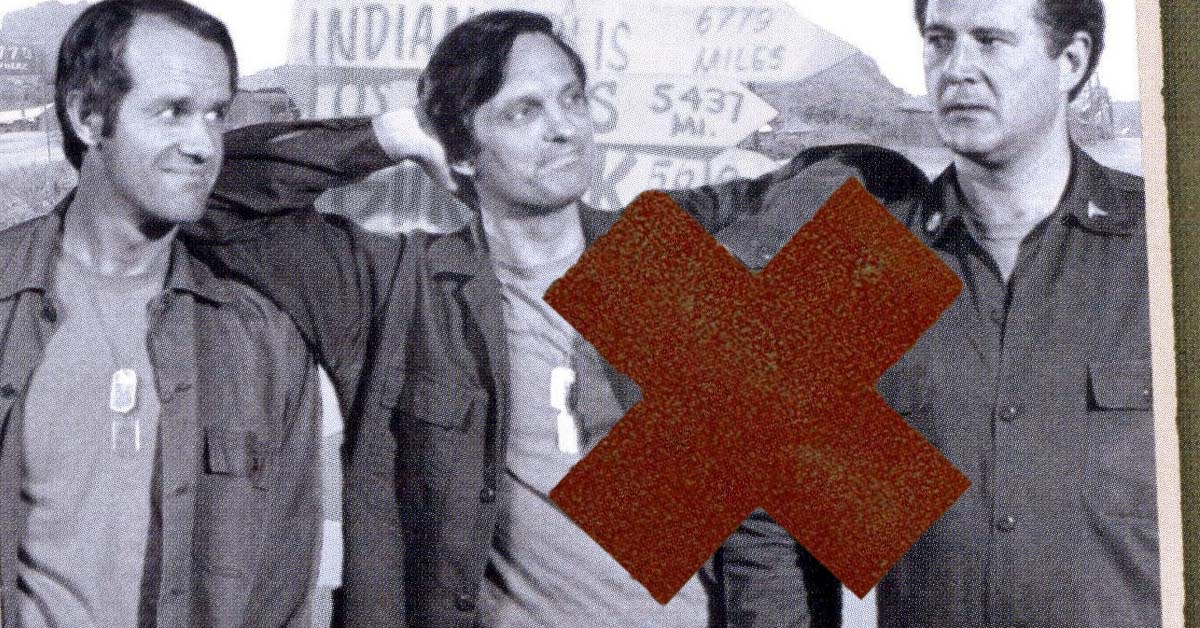 M*A*S*H was famously a show that was not afraid to go there, toeing the line between comedy and drama, so audiences didn't know what to expect — except, of course, to be entertained. It's not puzzling that the show's award-winning ensemble cast drew in more viewers than either a mere sitcom or drama alone could. On top of the Golden Globes and Emmy Awards the writing on the show garnered, five separate episodes won Humanitas Prizes in acknowledgement of how powerful a TV show M*A*S*H really was to watch.

So, what does it take to get a script rejected on a show like M*A*S*H, where for viewers it often felt like anything goes when it came to its stories?

According to series co-creator Larry Gelbart, there was only ever one script that the network said no to, and it came "very early" in M*A*S*H's run. Gelbart said in an interview with the Archive of American Television:

"I think in the first season, we had commissioned a script called ‘Double Trouble,’ I think it was called. And Stanley Ralph Ross, a very, very, very good writer, with credits longer than my arm. And Stanley wrote the script. It was about Hawkeye carrying on with two different nurses, and they decide to teach him a lesson and both tell him they’re pregnant, and both say that he’s the father. That is the one and only script that CBS said under no circumstances will you be able to do this script.”

To explain a little further, the way that M*A*S*H worked is like this: Cast members and outside writers would submit ideas for episodes, which producers and writers on the series would consider. If an idea was good enough, it would be moved on to the script stage. At that point, every idea that got a script turned into an episode on M*A*S*H, Gelbart remembered in TV's M*A*S*H: The Ultimate Guidebook. Well, every idea except Ross' "Double Trouble."

So who's this Stanley Ralph Ross, the only writer to submit an idea to M*A*S*H that was rejected by the network? He's a prolific actor and screenwriter who not only played Batman villain and perpetually mute Penguin cohort Barney "Ballpoint" Baxter, but he also wrote 27 episodes of Batman, including many Catwoman stories. Perhaps Catwoman's love/hate relationship with Batman is where he got inspired to write the complicated M*A*S*H story? 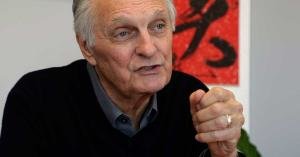 In his career, Ross was also nominated for an Emmy for the All in the Family episode "Oh, My Aching Back," the one where Archie learns how the Jeffersons' got that insurance settlement that led them to open the dry cleaners.

As a writer, he occasionally used the punny name "Sue Donem" (say it aloud, it reads "pseudonym"). Ross came up as a writer of beach party movies, went on to co-create the Wonder Woman TV series and eventually served as a voice actor in the Superman cartoon, as well as many others in the 1970s, from The Fonz and the Happy Days Gang to Challenge of the Superfriends. He also voiced more than 1,000 commercials. 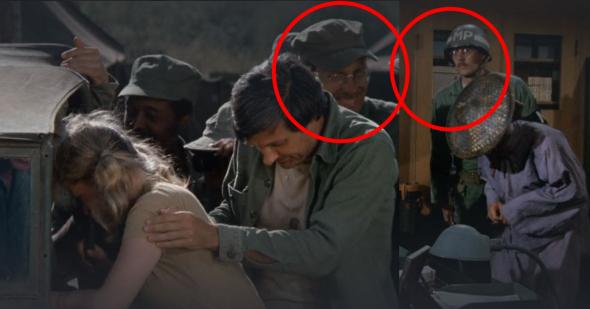 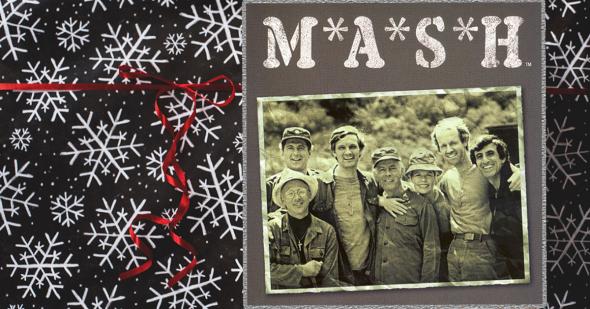 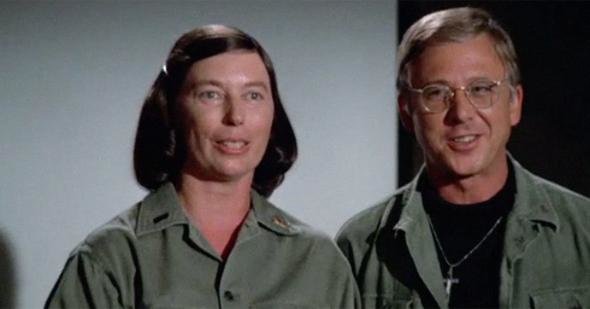 JerryWithers 4 months ago
Stanley Ralph Ross was also partnered with Bob Arbogast back in the 50's, and (as Arbogast & Ross) released a hilarious take-off spoof of Top 40 radio called "Chaos (Parts I & II)" on Liberty. They were also writers on Steve Allen's show; and in 1995, produced Shelley Berman's last album, "Live Again At The Improv". Quite a long career, actually!
Like Reply Delete

Jayme 9 months ago
So.. not the script where Hawkeye has to shoot someone to protect his friends... I heard about that rejected script for years. It was turned into BJ cutting a rope on a soldier he could not save.
Like Reply Delete

ttenchantr 9 months ago
Wondering why you used a picture with David Ogden Stiers when the story is about the first season?
Like Reply Delete 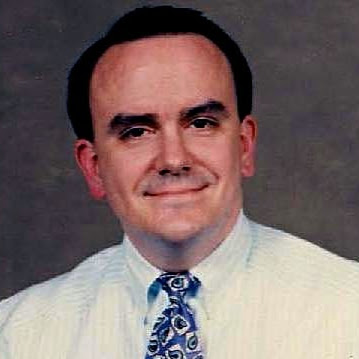 Dale 11 months ago
At first, when I read the title for this article I thought that it was about the American psychologist William Moulton Marston who actually created the character Wonder Woman for the comics. He also created the early prototype of the lie detector which was an idea he spun off onto Wonder Woman's "lasso of truth".
Marston was thought to have an affinity for bondage which is why you see Wonder Woman tied up in ropes and chains in so many of his early stories.
So when I first misread the title of the article, I couldn't help but think Professor Marston must have written a script for MASH in which Margaret tied up Frank for a little adult fun. LOL! I'm glad I was wrong and that this was about the co-creator of the TV show and NOT the comic.
Like (1) Reply Delete

wanderer2575 Brownthunder 10 months ago
Right, because the network owes it to you to provide this website without your paying anything for it.
Like Reply Delete

ttenchantr Brownthunder 9 months ago
AdBlock works wonderfully on this site. ;)
Like Reply Delete

djw1120 ttenchantr 5 months ago
What would work on all these people posting SPAM messages?
I see these posts all the time directing you to go to "this or that website" to work at home and earn 10s of 1000s of dollars a week.
Like Reply Delete 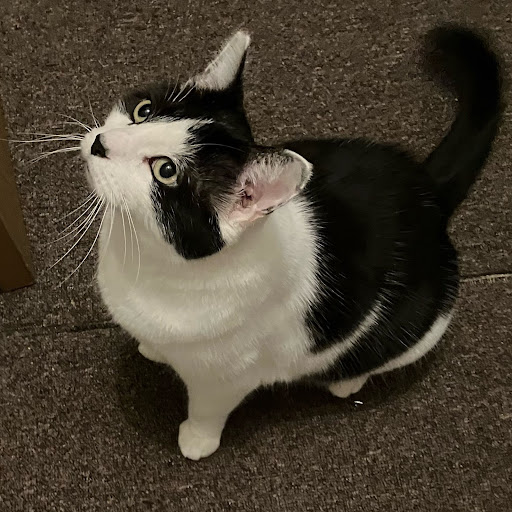 Lee 11 months ago
I remember in "The Bird's Last Jest/The Penguin's Nest" he was Ballpoint Baxter, the forger Penguin wanted to get into jail with so he could get him to endorse some checks hidden in his umbrella. Only Bruce Wayne arranged for him to be paroled when Penguin finally managed to be arrested.
He was great in Challenge of the Superfriends as Gorilla Grodd.
Like Reply Delete

cperrynaples 11 months ago
Couple of questions about Ross: [1]Was he one of the henchmen who "popped" in the Batcave after being rehydrated in the 1966 movie? [2] Was that AITF the one where Archie sued for whiplash but lost because the other vehicle was "a station wagon full of nuns"?
Like Reply Delete

Wiseguy cperrynaples 10 months ago
Yes that was the third episode of the series taped and broadcast (one of the few episodes where the closing theme started with Archie and Edith singing).
Back in 1978, I bought the All in the Family record album at an old record store (Atlantic Records SD 7210). Released in 1971, it featured dialogues from the first-season episodes. One track (Time 3:55) was titled "A Station Wagon Filled with Nuns" and featured dialogue from the end of the episode where the lawyer told Archie why he wouldn't take the case. The album also featured the full theme song sung by O'Connor and Stapleton (but not the same version later released as a single) and more of the closing theme than heard on the series. Unfortunately, the booklet that was supposed to accompany the album was missing.
By the way, some sources give the title of that episode as "Archie's Aching Back." [see http://epguides.com/AllintheFamily/] The book "Classic Sitcoms" by Vince Waldron only gives the "Archie's Aching Back" title.
Like (1) Reply Delete