You can find members of Peanuts and the Justice League in Mayberry! 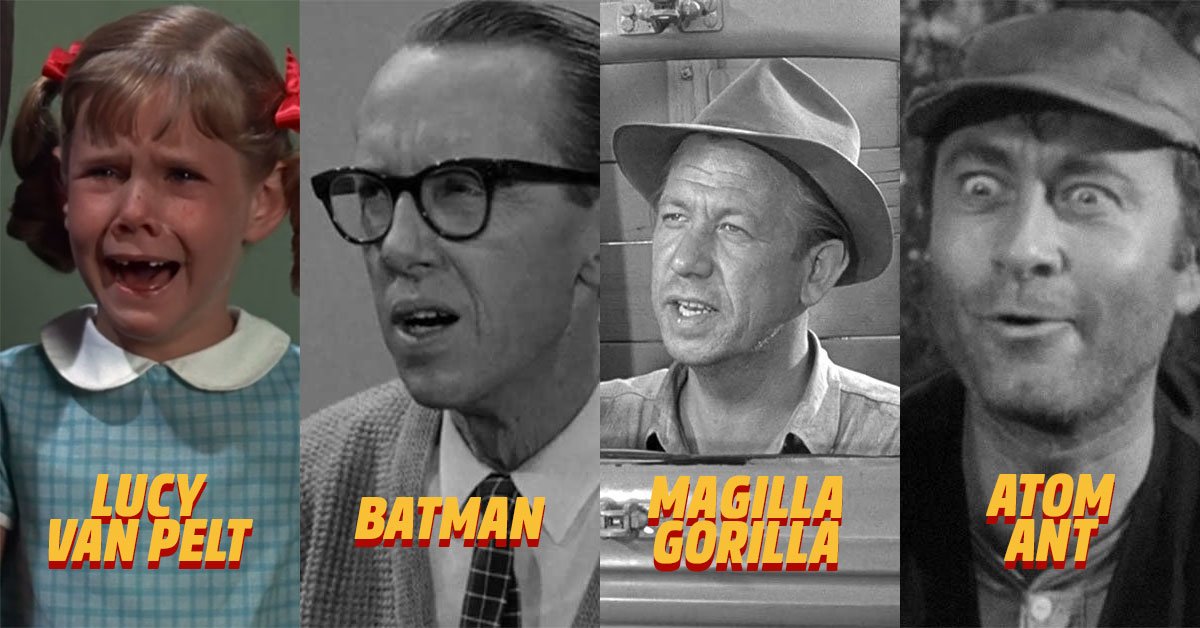 The Andy Griffith Show hired a sprawling cast to play all the quirky citizens of Mayberry. Many of those actors were skilled at performing in amusing voices. No wonder they tended to have careers in cartoons, too.

Many of the faces from Mayberry were notable animation voice-over artists. Here are some of our favorite that might surprise you. 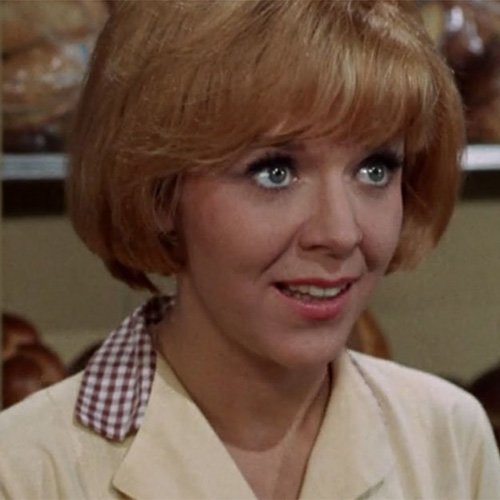 Speed Buggy was one of several successful Hanna-Barbera clones of its hit Scooby-Doo. Substitute the Great Dane with a talking anthropomorphic dune buggy and it's essentially the same show. "Tinker" looked and acted a whole lot like Shaggy. And then there was Debbie, the Daphne, if you will. The mystery-solving teen was voiced by none other than Howard Sprague's girlfriend, Millie! 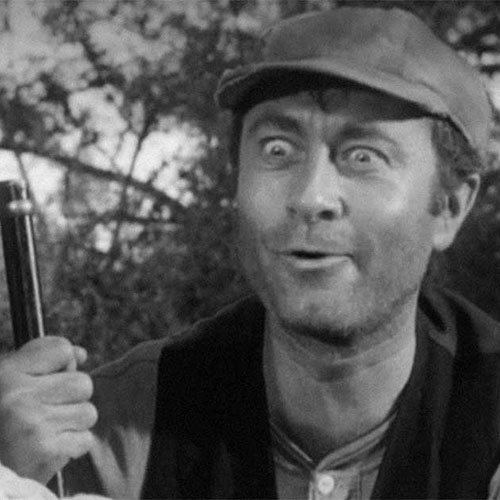 Where to even start with Howard Morris? The Ernest T. Bass actor lent his voice to countless characters, from just about every animal "technology" on The Flintstones to denizens of McDonaldland. We wanted to point out, in particular, that he also gave life to some cartoon headliners. He was the original voice of Atom Ant for Hanna-Barbera. 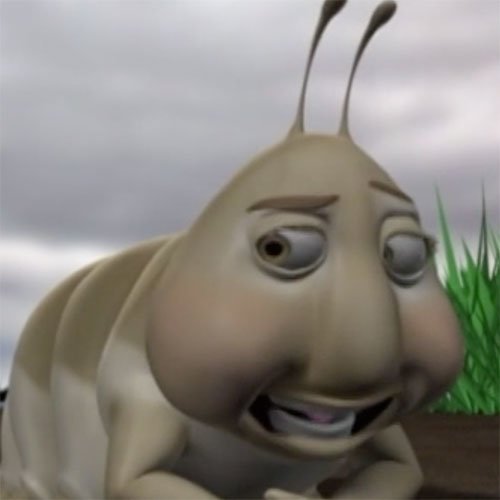 Late in his career, in the early 21st century, the former Barney Fife voiced "Wormie" the worm in eight installments of the Hermie series, centered around a wholesome caterpillar. The TV movies and video reunited Knotts with his old comedy partner Tim Conway, who provided the voice of Hermie. 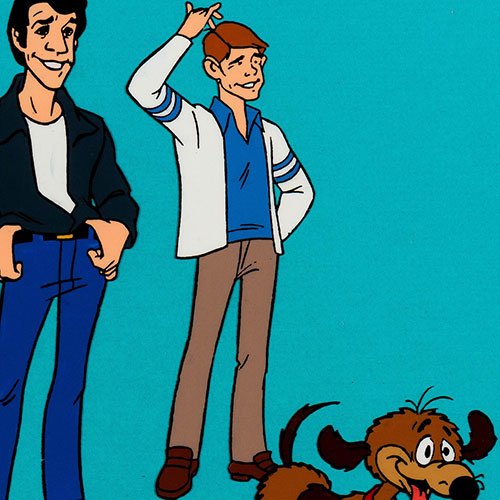 It might seem obvious that Ron Howard played Richie Cunningham, but the live-action actors do not always take the time (er, money) to voice the animated versions. Fonz and the Happy Days Gang took the Milwaukee teenagers on a time-traveling adventure with a dog named Mr. Cool. Indeed, Ron Howard voiced his character in this 1980 Saturday morning cartoon, which is particularly surprising once you consider he left Happy Days as a full-time cast member in April 1980. So, the following TV season, he was playing Richie in a cartoon — but not on a sitcom! 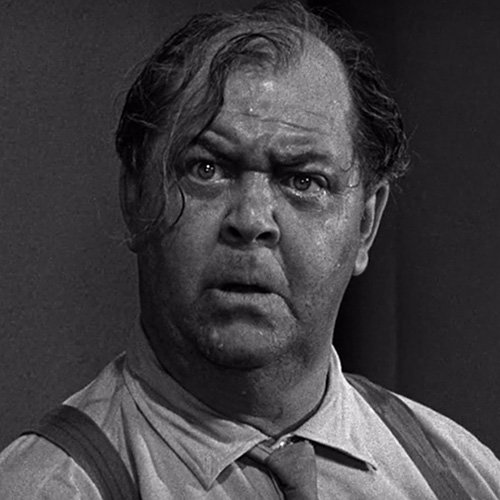 Like Howard Morris, Hal Smith deserves a lengthy list of his own cartoon credits. There are dozens, from Flintheart Glomgold in DuckTales to Owl in Disney's Winnie the Pooh. We're going to focus on a beloved character you might not associate with Otis Campbell — Goliath the dog from Davey and Goliath! The Christian claymation series sticks in the memory due to its visual similarity to Gumby. 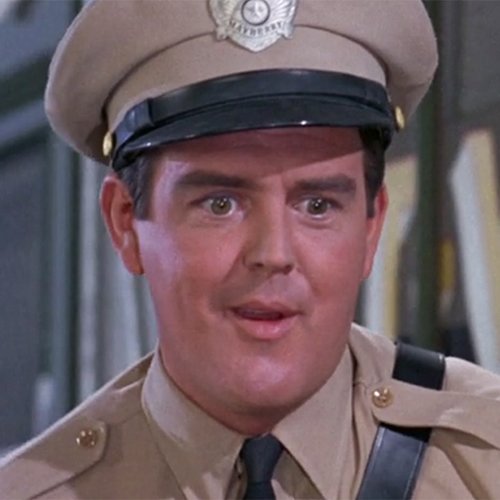 Burns played Barney's replacement, Warren, in the sixth season of The Andy Griffith Show. As a voice actor, you might know him best as Vince the crash test dummy in a series of PSAs for the U.S. Department of Transportation. But he has an interesting link to animation history. Wait Till Your Father Gets Home was a spoof of All in the Family produced by Hanna-Barbera in the 1970s. It also happened to be the only primetime cartoon to air for more than a single season between The Flintstones and The Simpsons. Burns voiced the neighbor, Ralph Kane. 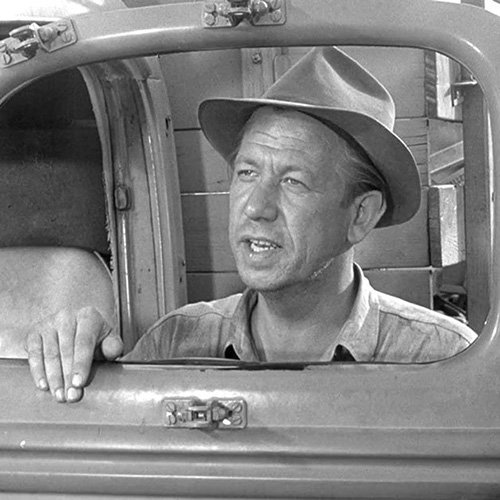 Yep, you're looking at Magilla Gorilla himself! Fun fact: Magilla lived in a pet store owned by Melvin Peebles. Who voiced that character? Howard Morris, of course. 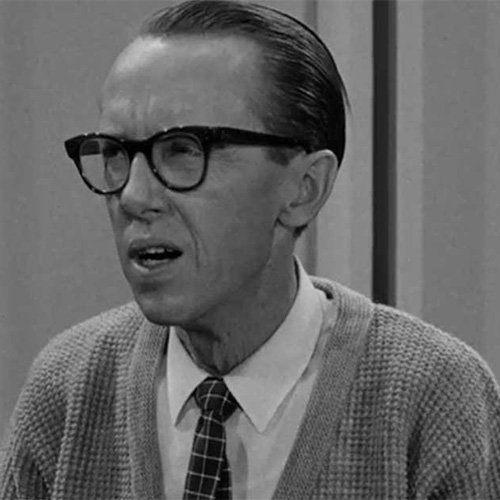 Mayberry's scrawny choir director might not strike you as a vicious vigilante. Sure enough, though, Olan Soule played both John Masters of Mayberry and Batman of Super Friends! 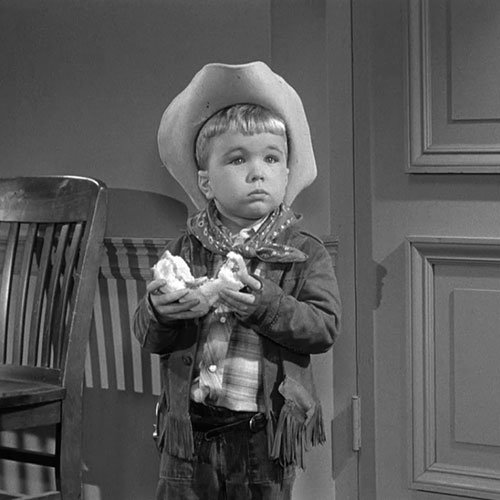 Little Leon, the cowboy with a sandwich (emphasis on boy), was none other than Ron Howard's little brother, Clint. He teamed with Mayberry regular Hal Smith in the Disney Winnie the Pooh cartoons, voicing little Roo! 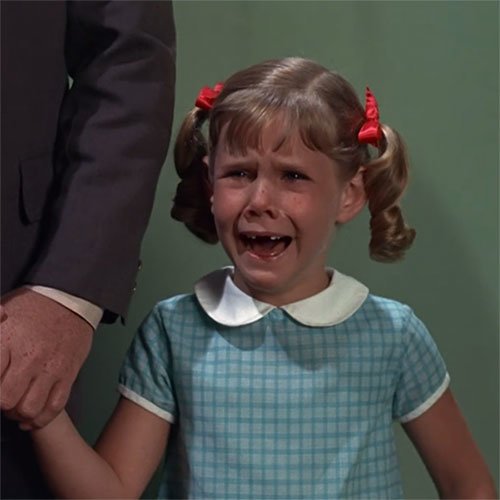 Ferdin has a small role in Mayberry, but it is too good to overlook. Early in season six, in "Bazaar," she shows up in the Taylor kitchen with her angry father, who demands a meal. She shows off her crying skills. Sure enough, she would voice Lucy in several Peanuts features and specials over the subsequent years. Does she look like someone you can trust with a football? 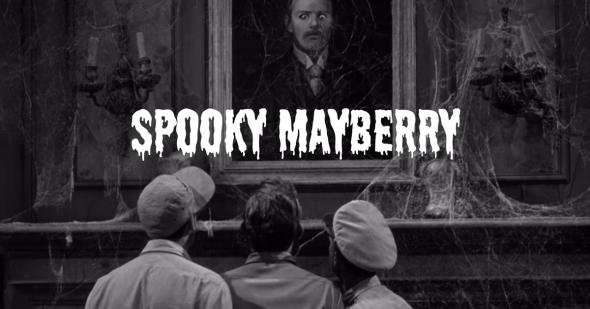 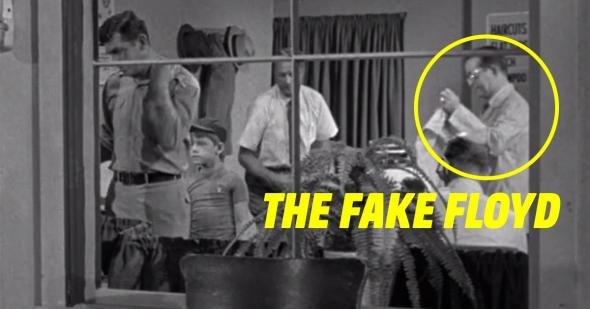 Did you know?Mayberry
Did you ever notice this imposter Floyd the Barber on The Andy Griffith Show? 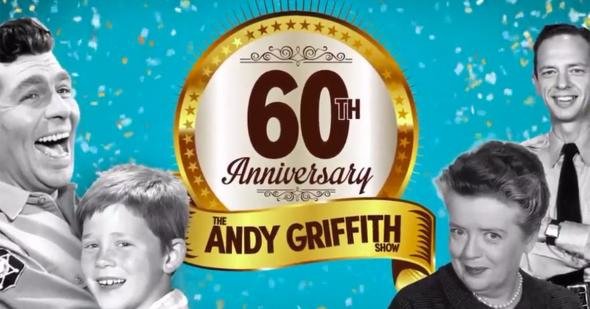 Did you know?Mayberry
60 things you might not know about The Andy Griffith Show
Are you sure you want to delete this comment?
Close

TheSentinel 14 months ago
No, Pamelyn Ferdin isn't someone I would trust with either a football or with any pets, as she later became an "animal rights" activist who got involved with "animal rights" domestic terrorist group Stop Huntingdon Animal Cruelty and had several clashes with the law because of her activism. She even falsely accused a couple whose young daughter was killed in a coyote attack of "murdering" the daughter and using the "story" of a coyote attack to cover it up.
Like Reply Delete

JoeSHill 18 months ago
Hal Smith ("Ottis", the Town Drunk of Mayberry) was a cartoon voiceover, and among the many animated cartoon series he voiced, was in 1962-1964's "SPACE ANGEL". Pamelyn Ferdin's voice work as "Lucy Van Pelt" on CBS"s "CHARLIE BROWN" TV sepcials began in 1968, the same year that she and "Charlie Brown" voice actor Peter Robbins both co-starred in CBS's "BLONDIE" in Fall 1968, which, ironically, is when Howard Morris began voicing "Jughead" in CBS's "THE ARCHIE SHOW" from Filmation Associates, which began a decade long TV run on Saturday Mornings until 1978. and, as "MAYBERRY, RFD" was beginning its CBS spinoff from "THE ANDY GRIFFITH SHOW" in Fall 1968, Olan Soule' became the voice of the very first animated "BATMAN" cartoon series on CBS's "THE BATMAN-SUPERMAN HOUR" from National Periodical Publications TV, Ducovny Productions, and Filmation Associates, and five years later, returned to voice "Batman" in the two "THE NEW SCOOBY-DOO MOVIES" in Fall 1972, and in Fall 1973 reprised his voice role on ABC's "SUPER FRIENDS" (Adam West replaced Soule' in 1984 on ABC's SUPERFRIENDS-THE LEGENDAY SUPER POWERS SHOW") and, Allan Melvin, who also voiced "MAGGILA GORRILLA" also voiced "Droopy" on NBC's "THE BANANA SLITS" and ABC's "YOUNG GULLIVER", he later went on to work with Howard Morris in Filmation Associates' "THE SECRET LIVES OF WALDO KITTY" in 1975, and later, on Filmation's "FLASH GORDON" animated series-all these players, with "Mayberry" roots, becoming cartoon stars before and after-amazing!
Like Reply Delete

MarkSpeck JoeSHill 18 months ago
The Banana Splits character is DROOPER, not Droopy. I wouldn't normally bother to point out a small error, but as there is a cartoon character named Droopy (from old MGM cartoons), and this is a post about cartoons, I figure I had to bring it up.
Like Reply Delete

DethBiz 23 months ago
Will always remember Pamelyn Ferdin with another Andy Griffith alum Aneta Corsaut playing her mother in the 1978 movie The Toolbox Murders.
Like Reply Delete

jh4306 25 months ago
don't forget howard morris also did the voice of jughead from the filmation archies cartoons too!
Like Reply Delete

Big3Fan 25 months ago
I loved Howard Morris as Leonard Blush, aka The Masked Singer, on TAGS.
Like (2) Reply Delete

Mike 25 months ago
That's Arlene GOLONKA - no 'r' in the surname.
One of my all-time fave raves.

(Some guy on another blog thought she was Arlene Gonkola ... )
Like (1) Reply Delete