What was your favorite dish from the lunch lady? 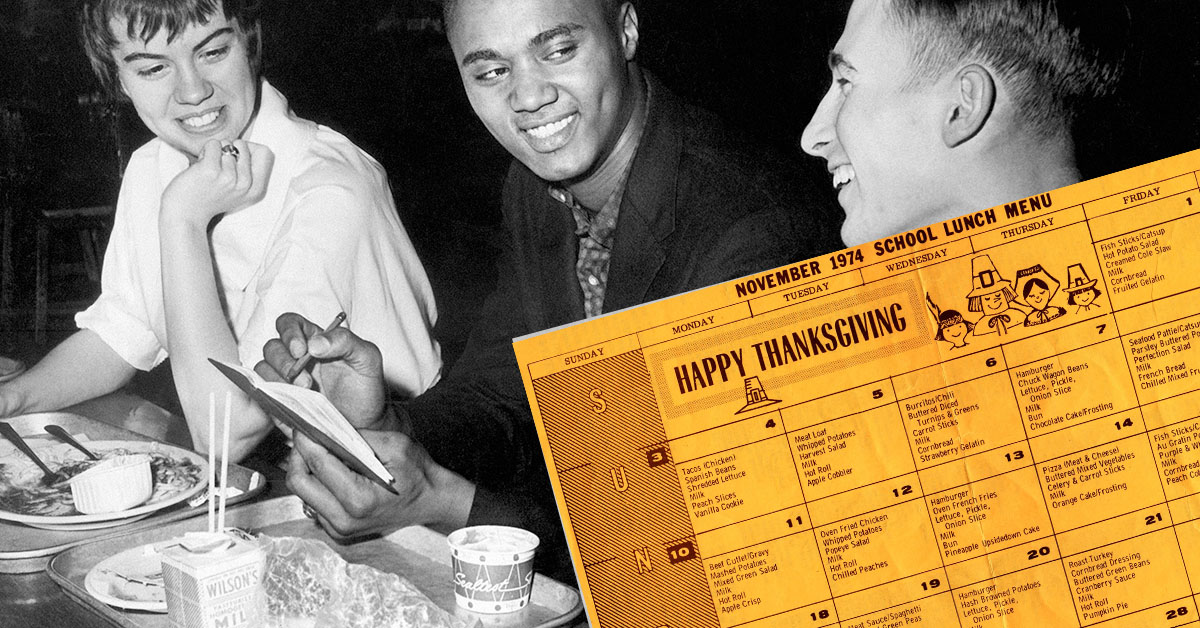 Your school cafeteria was hardly known for its culinary prowess. The lunches scooped out onto your plastic tray were not going to earn any Michelin stars. Still, the lunch lady gets a bad rap. When we think back to those middle school meals, we hunger for their bland comfort. Every once in a while you just want to dig into a pile of mashed potatoes, corn and a fruit cup, you know?

While the menus might have differed from school to school, there were set recipes that school cooks relied upon. We dug through some old menus — and our collective memories — to find some common denominators.

At the time, we probably thought this stuff was gross, but now it's giving us some nostalgic pangs.

What was your favorite thing to eat in the school cafeteria? 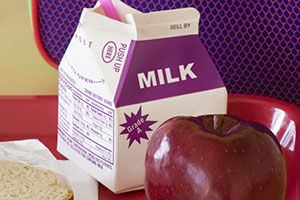 When was the last time you drank milk out of one of these little cartons? Some time before high school graduation, we would guess. Of course, if chocolate was offered, we would nab that in a jiffy. We remember one English teacher who always opted for the buttermilk. Buttermilk! 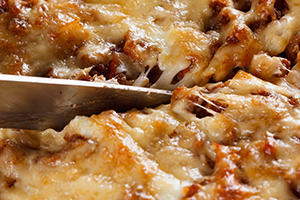 Why was this cheesy casserole seemingly ubiquitous? Probably because it was a combination of two things every kid will eat — hamburgers and spaghetti. 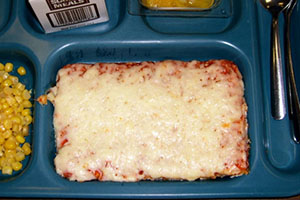 Pizza Day was undoubtedly the most popular day on the lunch calendar. The thick, soft, rectangular stuff cut up in the cafeteria might not fare so well on the streets of New York, but it was its own breed of pizza. Chicago gets to have its own variety, why not educational institutions? 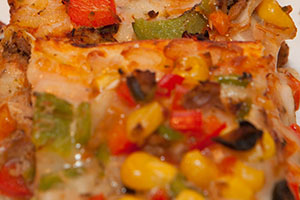 Well, one thing was better than Pizza Day and that was Mexican Pizza Day. Taco Day and Pizza Day rolled (flattened?) into one. 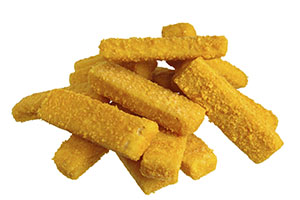 Fridays were for fish and grilled cheese, due to religious observances. Whatever the faith, we can all get behind some greasy fried fish fingers. 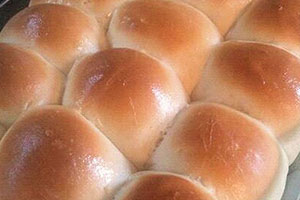 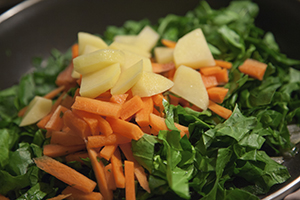 For decades educators tried to trick us into eating our spinach by branding it with a popular cartoon character. Look, we knew it wouldn't help us magically beat the Blutos in the schoolyard. 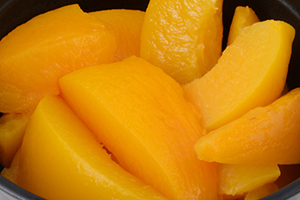 Canned fruit. Of all kinds. 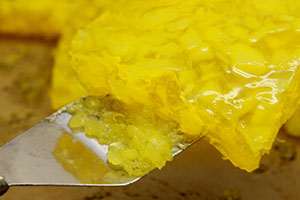 Jell-O literally held together the American meal of the mid-century. Some school menus offered "Perfection Salad" which was neither salad nor perfect, rather a bunch of junk suspended in Jell-O. If things never got that weird, you could also rely on a jiggling cup of the plain stuff. 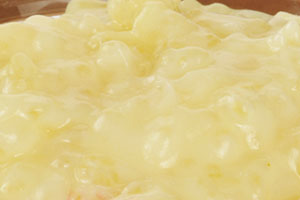 Man, why did it always have to be tapioca?

KMP50 11 months ago
I was in the pre-"food" lunch meals. The stuff they sold was indescribable- no pizza, no tacos, no salads. I didn't EVER eat the lunch that was sold. I took my lunch and cried in grade school when I forgot it. My mother was called and brought my lunch. I lived on bologna -so if school lunch was worse than that, well, you can imagine.
Like Reply Delete

PatrickRsGhost 11 months ago
The rolls were to die for, especially whenever they'd serve country fried steak. It was hamburger steak deep-fried and served with mashed potatoes and gravy, roll, and I want to say vegetable "medley" (canned mixed vegetables). I'd usually split the roll open, stick the country fried steak inside, and eat it like a sandwich. Sometimes I'd dip it in the mashed potatoes (more like creamed) with gravy.

Pizza Day was always a favorite. We also had "fiestadas", which were similar to the Mexican Pizzas in the list, but were hexagon-shaped, and consisted of only ground beef, cheddar cheese, and tomato sauce. Probably was mild taco sauce, or the meat was seasoned with taco seasoning.
Like Reply Delete

idkwut2use 22 months ago
Wow, y'all were pretty lucky...xD I usually brought, but I did like the rectangular pizzas and half-pints. Wish we'd gotten peaches and Jell-O and tapioca (king of puddings!)
Like Reply Delete