7 Oscar-nominated actors who guest starred on The Rifleman

These talented actors were recognized by the Academy and two even won Hollywood’s most prestigious award. 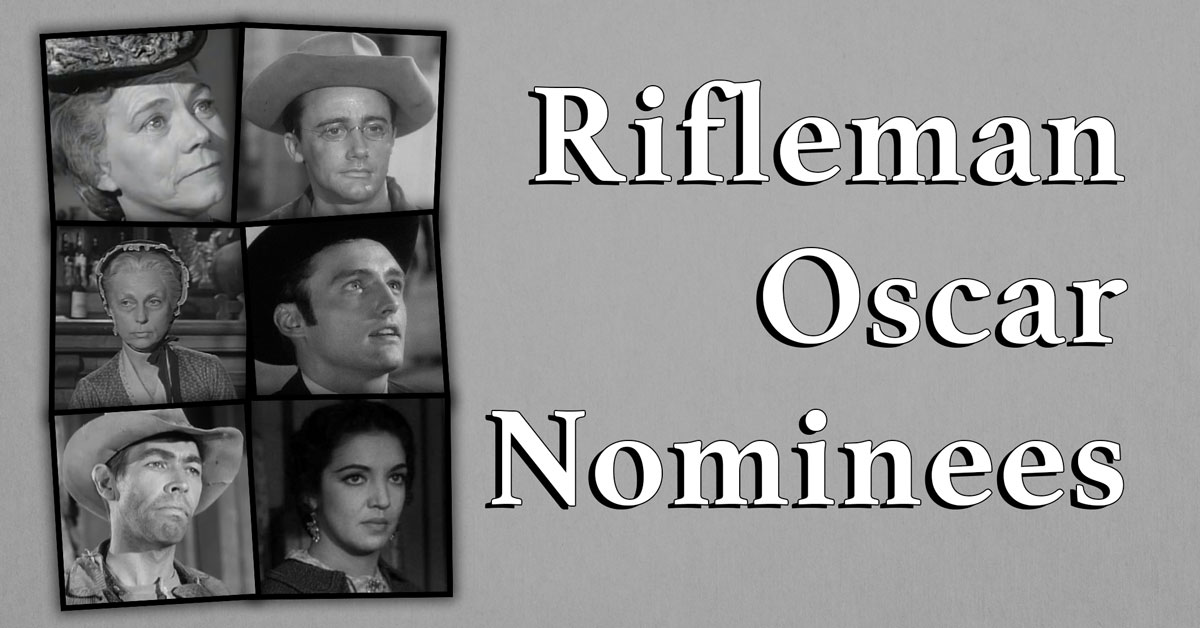 The Rifleman had no shortage of talented guest actors. Future TV stars like Michael Landon, horror icons like Lon Chaney Jr. and even baseball greats like Duke Snider all stopped by North Fork. But there were a few actors, both instantly recognizable and less well-known, who were recognized by the Academy of Motion Picture Arts and Sciences for their talents both before and after appearing in the classic Chuck Connors Western.

Here are seven Rifleman actors who were nominated for Academy Awards, two of which went on to win! Some are famous actors, but a few of these Oscar nominees may surprise you. 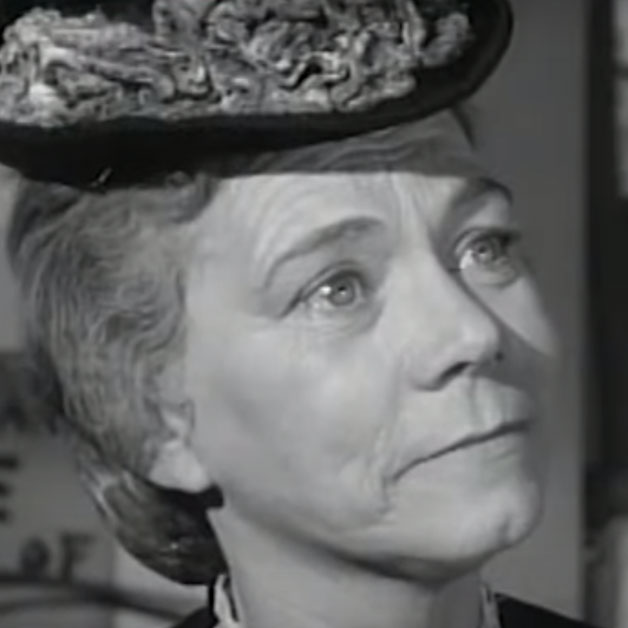 Ellen Corby, everyone’s favorite TV grandma in The Waltons, appeared in two Rifleman episodes, “The Spoiler” and “The High Country.” By the time she guest starred on the Chuck Connors Western in the early 1960s, she was well into her years as a reliable character actor seen in The Andy Griffith Show, The Addams Family, The Fugitive and many others. But Corby started her career in Golden Age films of the 1930s and '40s. She was even nominated for her supporting role in the 1948 movie I Remember Mama. 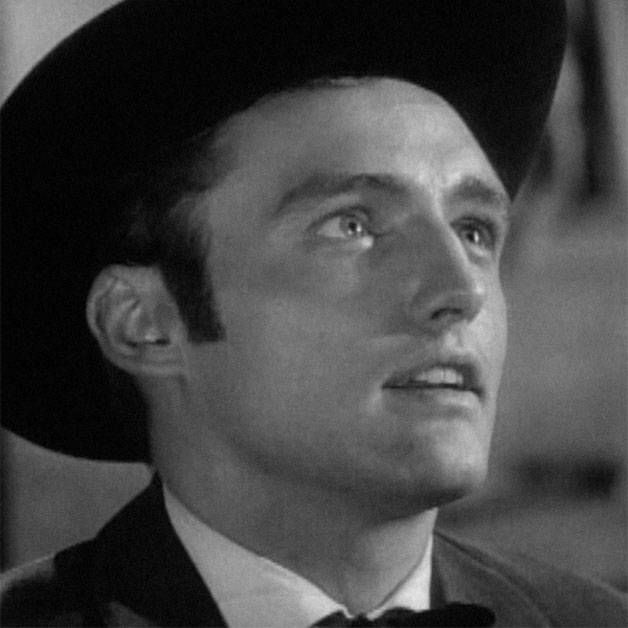 A decade before becoming a counter-cultural icon for his work with Peter Fonda in Easy Rider, Dennis Hopper was a young actor known for guest spots in TV Westerns and anthology shows – if he was known at all. But that all changed after Easy Rider, which garnered him an Oscar nomination for writing and leading man status. He was nominated again for his supporting role in the 1986 Gene Hackman basketball drama Hoosiers. 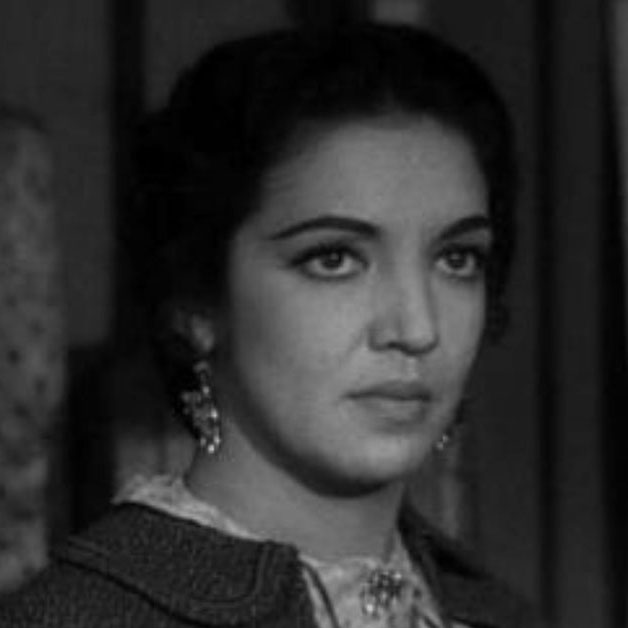 Katy Jurado starred in over a dozen Mexican films throughout the 1940s before breaking into Hollywood with early Fifties Westerns like High Noon and Arrowhead. In 1954’s Broken Lance, she costarred with Spencer Tracy and Richard Widmark, becoming the first Latin American actress to be nominated for an Oscar for her role as Señora Devereaux. She went on to play boarding house owner Julia Andueza in The Rifleman episode “The Boarding House” along with other guest roles in shows like Death Valley Days and The Virginian. 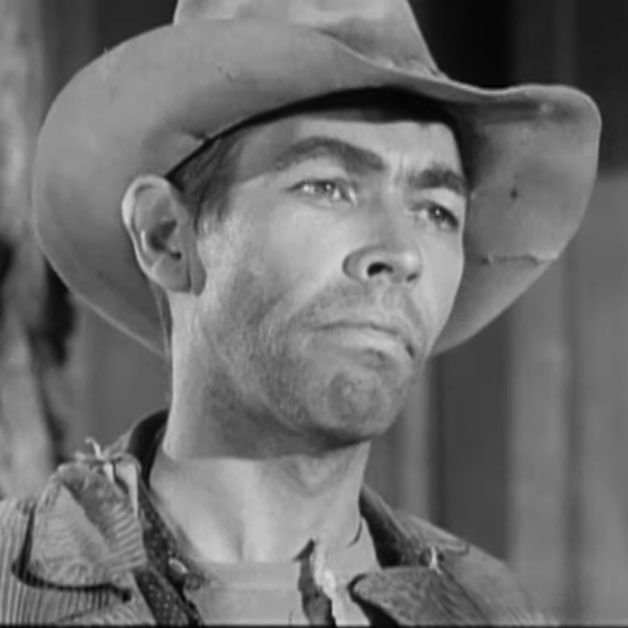 James Coburn started his long career playing all kinds of nefarious types in TV Westerns like Wanted Dead or Alive, Have Gun – Will Travel, Bonanza and, of course, The Rifleman. He began winning big-screen roles in the 1960s and was soon a recognizable face in everything from sci-fi flicks to James Bond spoofs. He was not only nominated but won an Oscar for his supporting role in Paul Schrader’s 1997 small-town crime caper Affliction. 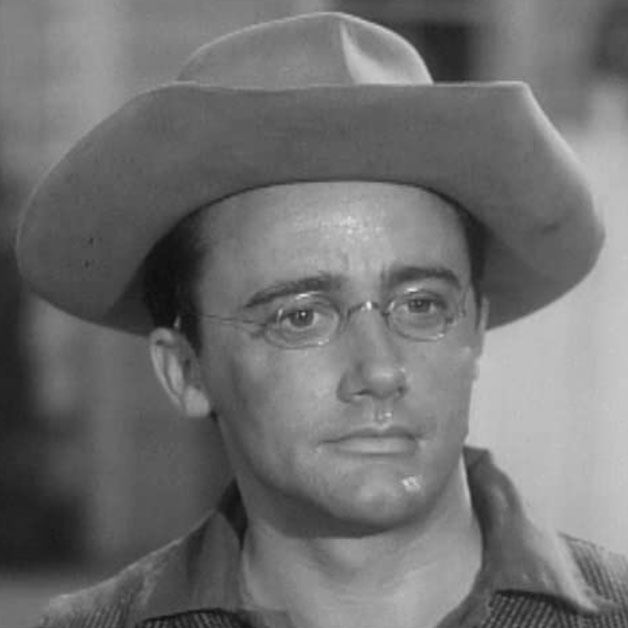 Robert Vaughn will always be remembered as Napoleon Solo in The Man from U.N.C.L.E. But the Sixties spy series was just one small part of a long and varied career. He had no trouble winning guest spots on all kinds of early Sixties programs like The Rifleman for good reason. At 27-years-old he was nominated for an Oscar for his role alongside Paul Newman in the 1959 film The Young Philadelphians. 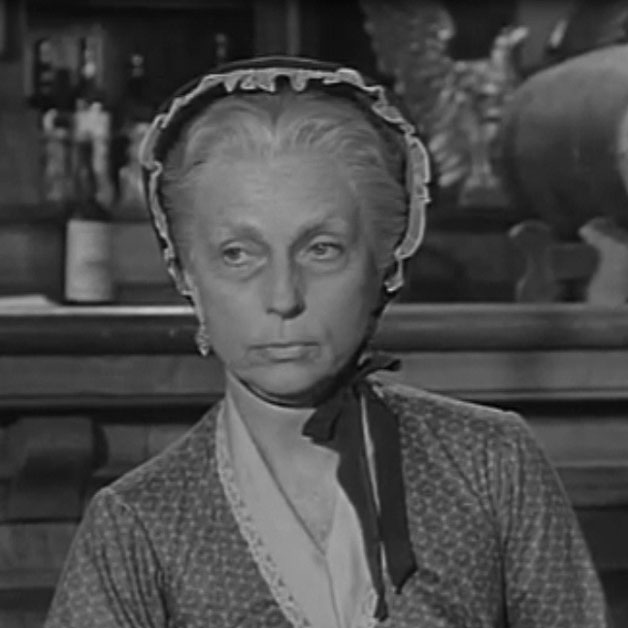 Best known as Samantha’s mother in Bewitched, Agnes Moorehead’s career began long before her time as Endora. She provided voices for Orson Welles’ Mercury Theatre radio program then won her first onscreen role in a little film of his called Citizen Kane. She was nominated for an Oscar for her role in Welles’ next film The Magnificent Ambersons. In all, she was nominated for not one, not two, not three but four Oscars! All before her time on Bewitched. She also played the title character, a secret bounty hunter, in The Rifleman episode “Miss Bertie.” 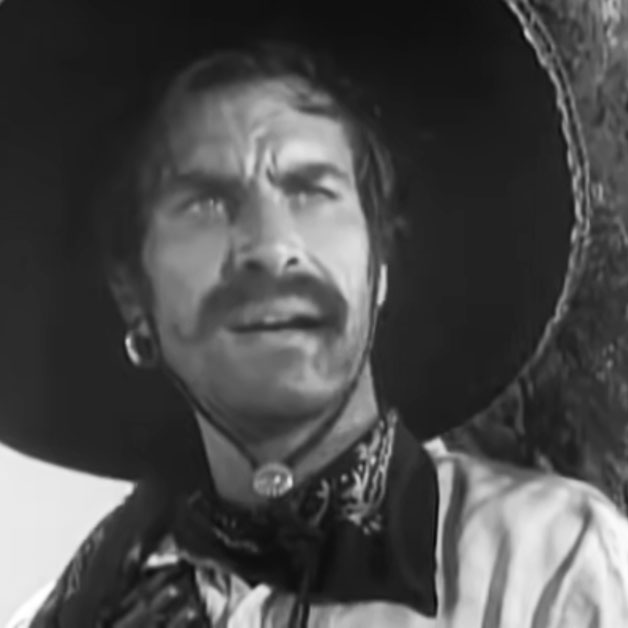 Martin Landau began his career in the 1950s, appearing mostly in TV Westerns like Maverick, Rawhide and The Rifleman episode “The Vaqueros.” He continued to act on screens big and small then was finally nominated for Oscars two years in a row in 1989 and 1990. It wasn’t until 1995, however, that he won the award for Best Supporting Actor for his role as Bela Lugosi in the Tim Burton film Ed Wood. 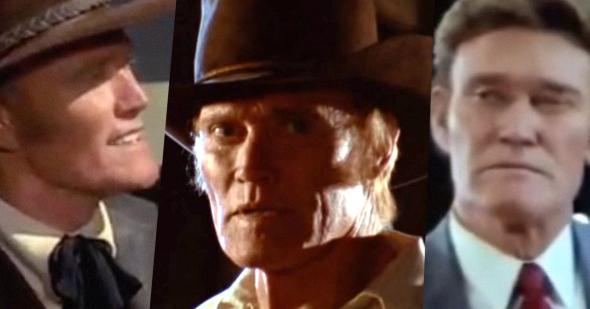 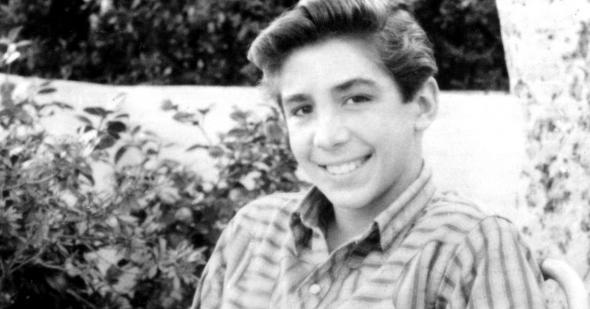 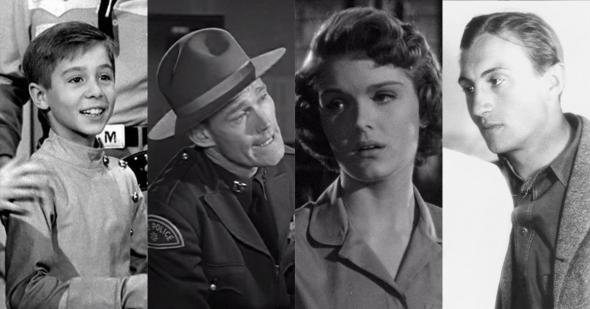 See the cast of The Rifleman in their earliest screen roles
Are you sure you want to delete this comment?
Close

GOOSEYGOOSE9 3 months ago
Please Air The Original Rifleman Intros.First And Second As Well As The Third Season And Final Season.Please Show The Rifleman A Four Star Television-Levy Gardner-Laven Production.Before The Closing.
Like (2) Reply Delete

Runeshaper 3 months ago
WOW! Lots of great talent right here. Pretty cool that they all shared the same show, at some point (-:
Like (1) Reply Delete

LoveMETV22 3 months ago
Lol Miss Bertie and her sarsaparilla.
Like Reply Delete

Pacificsun 3 months ago
The Rifleman - The Apprentice Sherriff - S 1 - EA11
https://www.imdb.com/title/tt0686672/plotsummary?ref_=tt_ov_pl
Since they're currently on S 2 it won't come around again for quite awhile.

Steffi 3 months ago
The Rifleman us my all time favorite western!! I just love how he raises his child on his own after Marks mommy died😢 I loved how Lucas read the Bible every night before bed. This particular western showed many different situations in life and in the end good would always conquer evil! Morals and values were always taught through their relationship as father and son! A wholesome show that is much needed in today’s society!!
Like (5) Reply Delete

ELEANOR Steffi 3 months ago
Whenever I happen to catch The Rifleman, I really wonder if a father would have been allowed to raise his son by himself. I can envision that the wife's sister and mother would smile sadly after the funeral was over and say in unison, "Of course we will be taking Mark with us. You can't possibly raise that boy by yourself." Lukas knows that to get Mark back, he must get remarried as soon as possible and so he hooks up with the first young lady that happens to come to North Fork. Of course that would destroy the purpose of the show which was to show a father raising a son by himself. And of course to show that Lukas is not dead, there are a few flings here and there, but alas, no wedding bells.
Like Reply Delete

Or drag a file here to upload
Arnold_Ziffel4_life 3 months ago
Ah yes, I remember these, the Rifleman is now my favorite show.
Like (1) Reply Delete

Zip 3 months ago
I know I was surprised to see Dennis Hopper on The Rifleman. Did a great job, too. Both times he was on.
Like Reply Delete

LoveMETV22 3 months ago
Good show with many good guest stars.
Like (2) Reply Delete

Andybandit 3 months ago
Wow, the Rifleman is my favorite Western. I remember all these people being on the show. I just can't believe Agnes Morehead looked older than she did in Bewitched. But she was younger there. She was prettier in bewitched.
Like (4) Reply Delete