Who says Perry Mason pretty much always got it right? 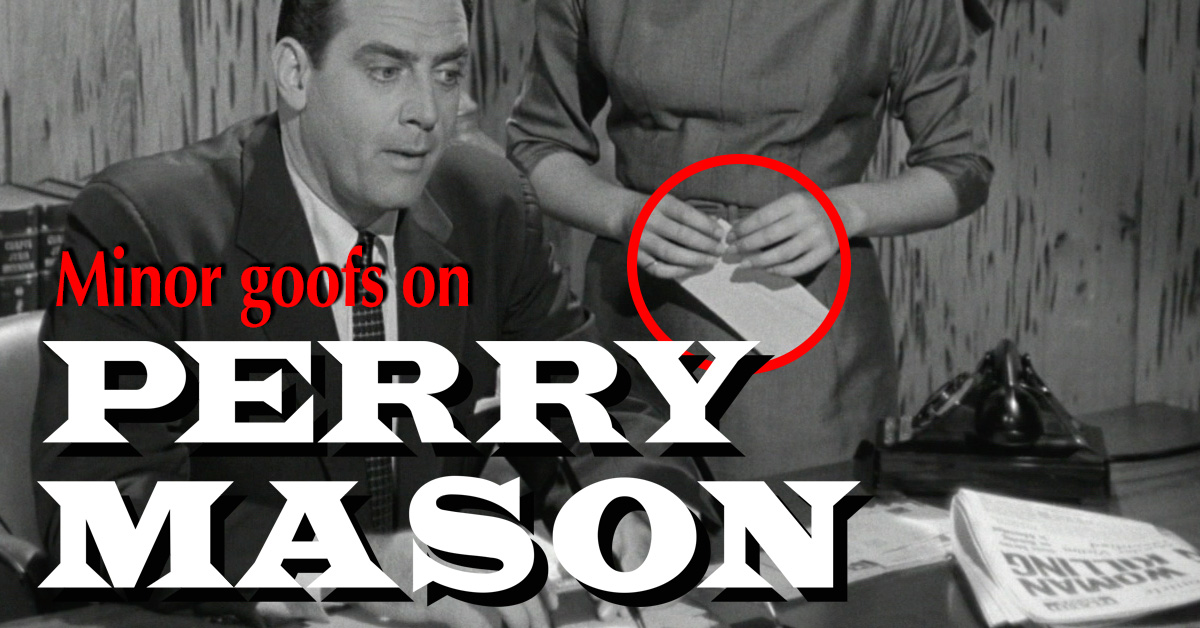 There's nothing sloppy about Perry Mason - unless you count the criminals. The man himself is immaculate in dress, mind and manners, ranking among the most charmingly perfect people we ever admired on TV.

But while there's not much to pick at when it comes to Perry Mason, the man, careful viewers of Perry Mason, the series, could point out a few minor mistakes here and there, tiny details you'd likely never notice while watching this otherwise flawless drama. 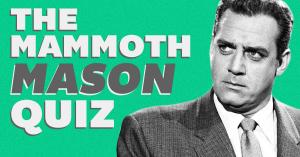 Perhaps most noticeable are occasional times when the characters slip up and call each other by the wrong name, which, admittedly can make things quite confusing when you're trying to keep track watching a whodunnit! But we thought it'd be more fun to stick to the visual blunders that might catch your eye on your next viewing.

Here, we've gone back through the earliest episodes of Perry Mason from its first two seasons and pointed out every little goof we saw, from unusual head wounds to curiously sensible footwear. See if you spotted any of the ones we caught!

1. The newspaper stories sometimes don't entirely sync up with the plot. 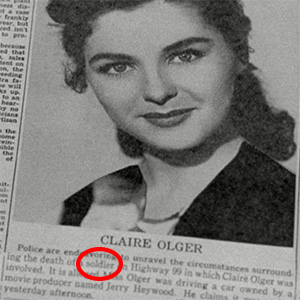 Keep an eye on the prop newspapers you see flying through episodes of Perry Mason. Sometimes the story doesn't quite match the headline, or key details of the plot are hilariously off in the article copy. Here's an example from "The Case of the Haunted Husband," where a truck driver is killed, not a soldier.

2. Then there are the newspapers that are entirely blank... 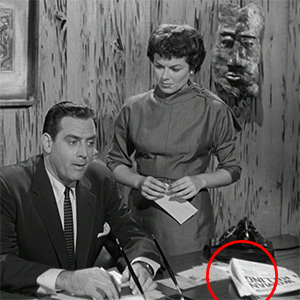 Talk about a plot hole! Another funny minor goof you'll see again and again with newspapers is that only the front page is filled out, but the rest of the newspaper is blank. Here you can see the pages on Perry's desk seem to be missing something, but there are several instances throughout the series.

3. The shots go from day to night, depending on if you're inside or outside. 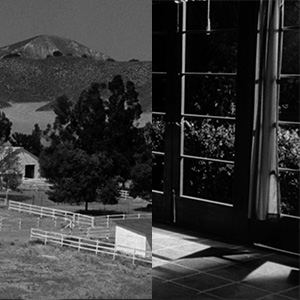 Another thing for Perry fans to note with a light laugh: Most times, the establishing shot of a new location is filmed during daylight hours, but once the shot takes us inside the building, the scene switches abruptly to night. Here's an example from the very first episode. 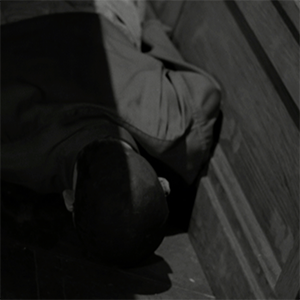 In "The Case of the Crooked Candle," Perry and Della stake out a boat overnight and discover a dead body! Likely the release of all that suspense watching them fall asleep on the rocking boat led many viewers to not even notice that the murder victim (who died from a brutal blow to the head) eventually is found without any wound on his perfectly round dome, as seen here.

5. There's a fly crawling up the camera lens here.

Ever wished you could be a fly on the wall when Perry and Della were talking out details to a new case? Well, here's a literal fly crawling up the camera in the episode "The Case of the Nervous Accomplice."

6. Her heels magically turn to flats when it's time to run for it. 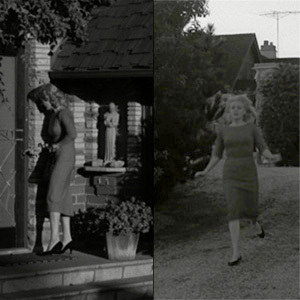 In the first season episode "The Case of the Negligent Nymph," this woman shows up at this house wearing black high heels. However moments later when she's chased from the house by a man and his dog, she's wearing flats. It's definitely the more sensible choice, but where'd she find new shoes just in her size so fast?

7. The oxygen levels change drastically from the long shot to the closeup. 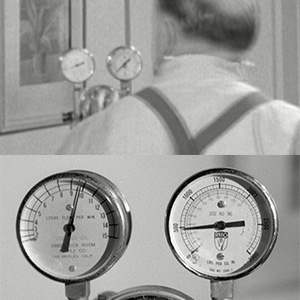 In "The Case of the Runaway Corpse," the doctor checks an oxygen tank to monitor his patient, and you can tell he fudged the reading because the reading shown in the closeup is very different from the reading you can clearly see seconds before and after.  Perhaps they should've sought a second opinion...

8. You can see the stunt double's bald cap before this body gets dumped in a lake. 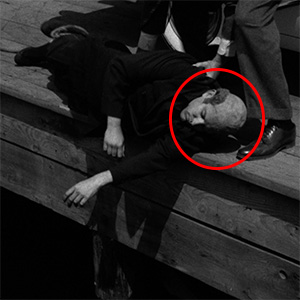 In "The Case of the Terrified Typist," when they go to dump the body, you can tell it's not the bald actor himself used in the shot because the crease of the stunt double's bald cap is visible just before the big splash.

9. Lt. Tragg interrupted this proceeding to give testimony because he was needed elsewhere... then he never left the courtroom. 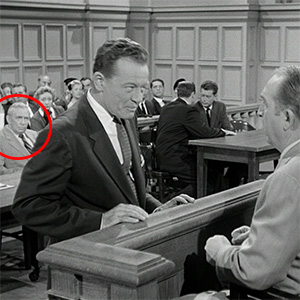 It's always so dramatic when someone's testimony is interrupted on Perry Mason, and it's particularly intriguing when it's a main cast member doing the interrupting. That's why it's amusing that in "The Case of the Married Moonlighter," Lt. Tragg makes a big deal about pushing a witness off the stand to provide testimony before he's direly needed elsewhere. He takes the stand, speaks his piece, but then later when the other witness gets back up there, we can see Tragg still in the courtroom. Perhaps he wasn't so late to an important date after all?

nostalgiamovies
The 5 best Raymond Burr movies of the 1950s

Did you know?
10 beloved cartoon voice actors who popped up in 'Perry Mason'
Are you sure you want to delete this comment?
Close

JDnHuntsvilleAL 1 month ago
Leave it to the Millennials at MeTV to not understand the perfectly natural phenomenon of #3. At dusk, when you're outside, the pupils in your eye open wide to let in more light, and things seem bright, but go inside where the lights are on, and now your pupil contract to compensate -- and then when you look out the window it APPEARS to be dark out when just seconds ago it was light.
Like Reply Delete

SharonHassel 9 months ago
In #5 regarding the fly crawling on camera lens. If I’m not mistaken The actress shown is not Barbara Hale who played “DellaStreet” instead it is Margaret Hayes who played the character “Sybil Granger” in that episode.
Like (1) Reply Delete

MichaelVaughan 10 months ago
What about the season one opening where the DA & Lt. Tragg were sitting at the Defense table in the opening of the show titles. They eventually changed it but it seemed strange to me.
Like Reply Delete