Where To Watch Shop Store Contact
Home / Stories / Do you remember these six actors who filled in for Raymond Burr on Perry Mason?
Perry Mason

Do you remember these six actors who filled in for Raymond Burr on Perry Mason?

Mason's clients were in good hands when Raymond Burr couldn't be in court.

Though it was one of the first regularly-scheduled, hour-long legal dramas in television history, Perry Mason still holds up when it comes to courtroom dramas today.

The character will forever be connected to Raymond Burr, though others have played the role of the Southern California attorney.

In the series that ran from 1957-1966, Mason rarely lost a case and Burr rarely missed work. However, there were a couple of episodes Burr needed some other well-known Hollywood names to pinch-hit for him when he was recovering from various surgeries throughout the series.

Here are six actors who stepped in for Raymond Burr on Perry Mason. 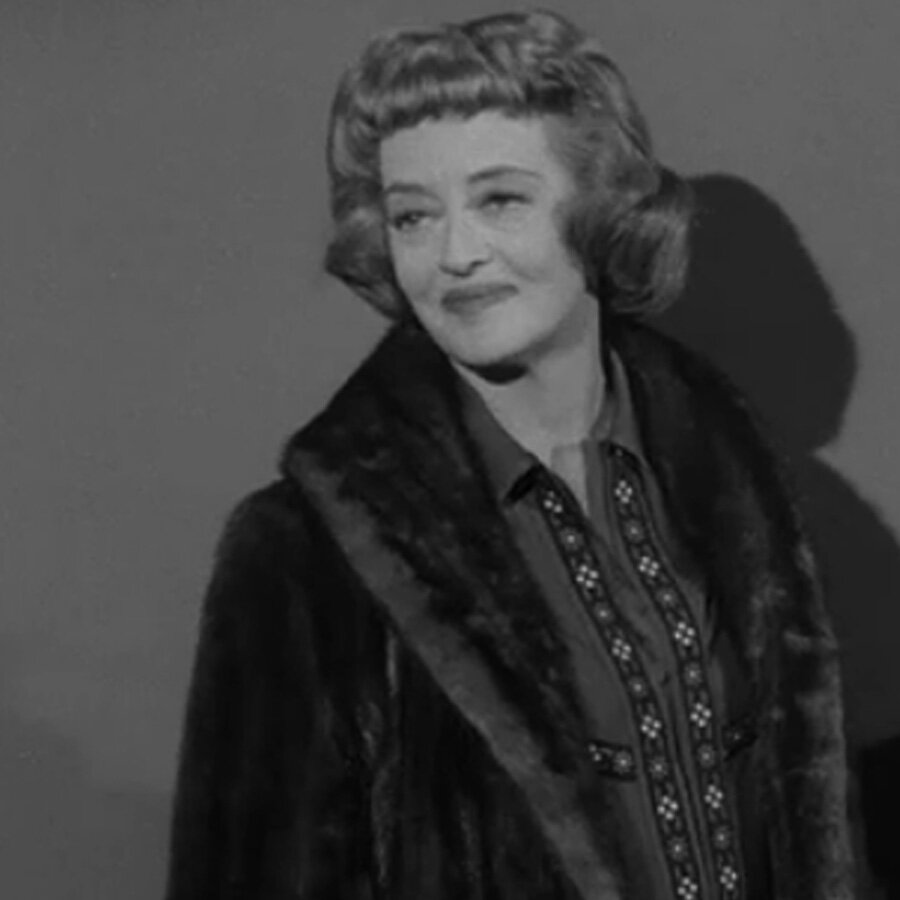 Bette Davis was the first to fill in for Burr while he recovered from surgery in 1962. "The Case of Constant Doyle" sees Davis get special guest billing, playing the titular role in the episode. She seeks Perry's help in a case involving a young man somehow connected to her late husband. She reaches out to Perry for help. Burr's only appearance in the episode is brief one from a hospital bed. Davis' career was highlighted in the late '30s and early '40s with several Academy Awards for Best Actress. She had highs and lows during her career, one that spanned over five decades, but her one stop on Perry Mason was certainly a high point.

2. Michael Rennie - The Case of the Libelous Locket 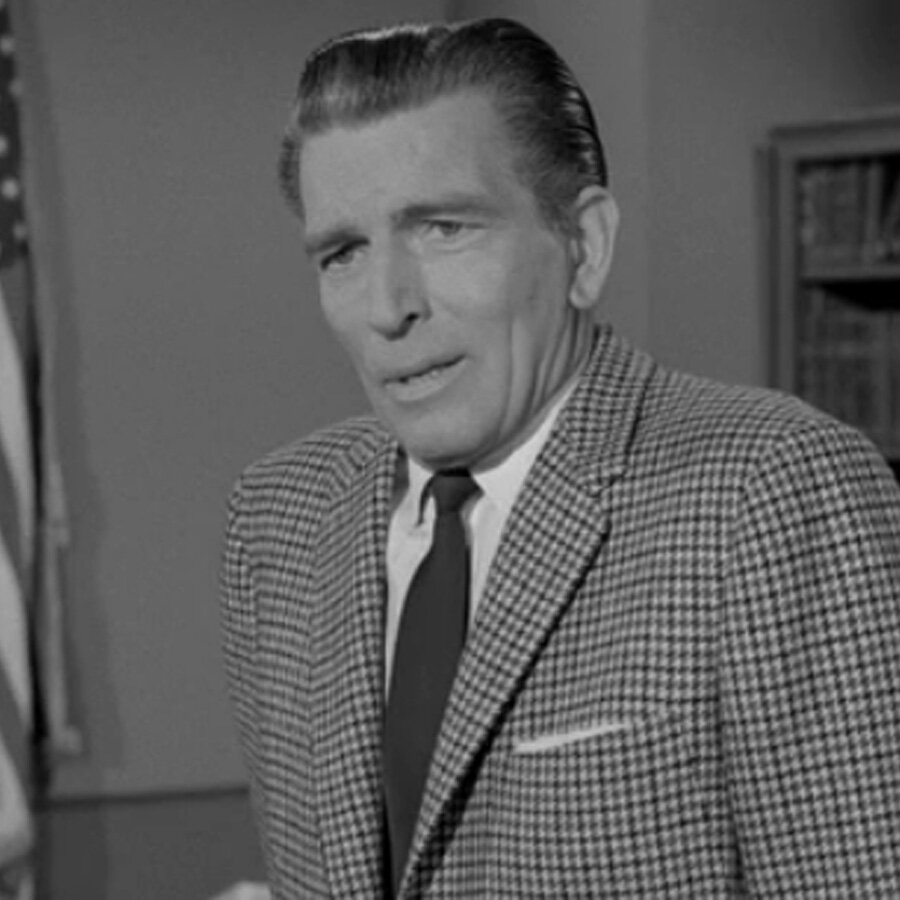 Burr is featured once again from a hospital bed and his presence is small in this season six episode, as '40s British film star Michael Rennie steps in. One of the first big breaks of his career came in the 1945 musical I'll Be Your Sweetheart. Eventually, Hollywood came calling and Rennie was cast in the 1950 film The Black Rose which starred Orson Welles. He starred in the 1951 move The Day the Earth Stood Still. In "The Case of the Libelous Locket," Rennie plays a college professor named Edward Lindley, who helps one of his students after she admits she killed a man. Talk about an odd day at the job!

3. Hugh O'Brian - The Case of the Two-faced Turnabout 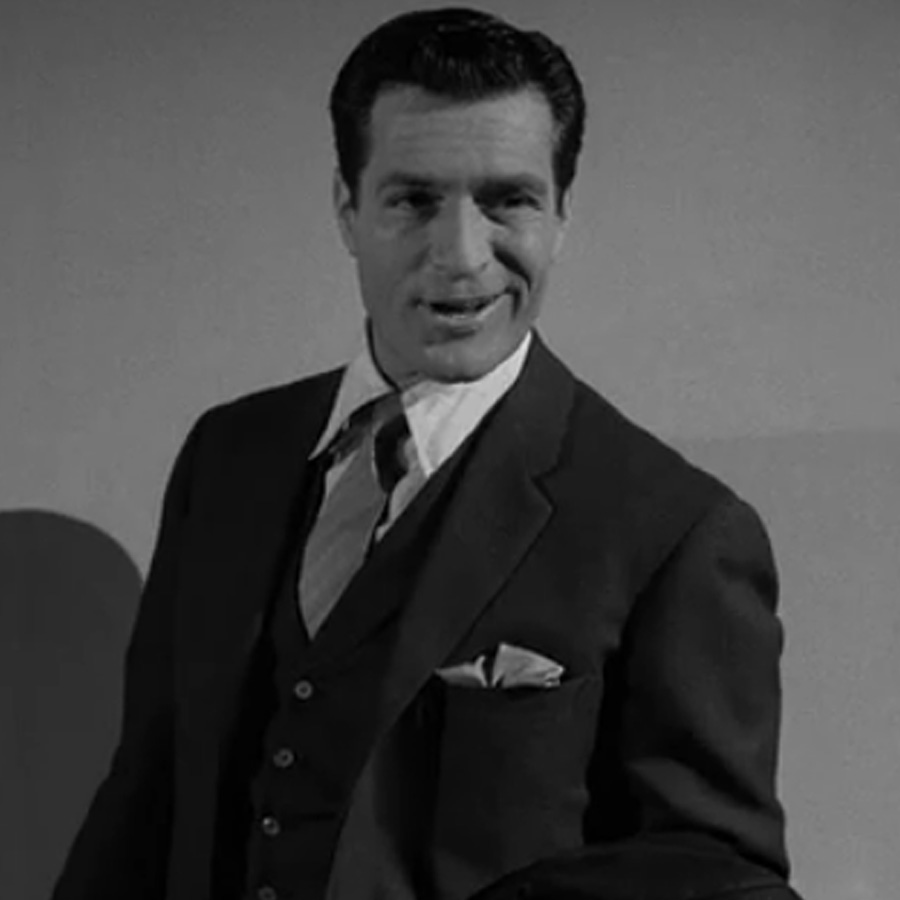 In this episode, Burr is out of his hospital bed and moving around, but is still only in a couple of scenes. In his place this time is Hugh O'Brian, playing the role of attorney Bruce Jason. With his stardom success from The Life and Legend of Wyatt Earp, O'Brian was a known name by the time of his Perry Mason appearance. In this plot twist style episode, O'Brian's character ends up being a material witness in his own case!

4. Walter Pidgeon - The Case of the Surplus Suitor 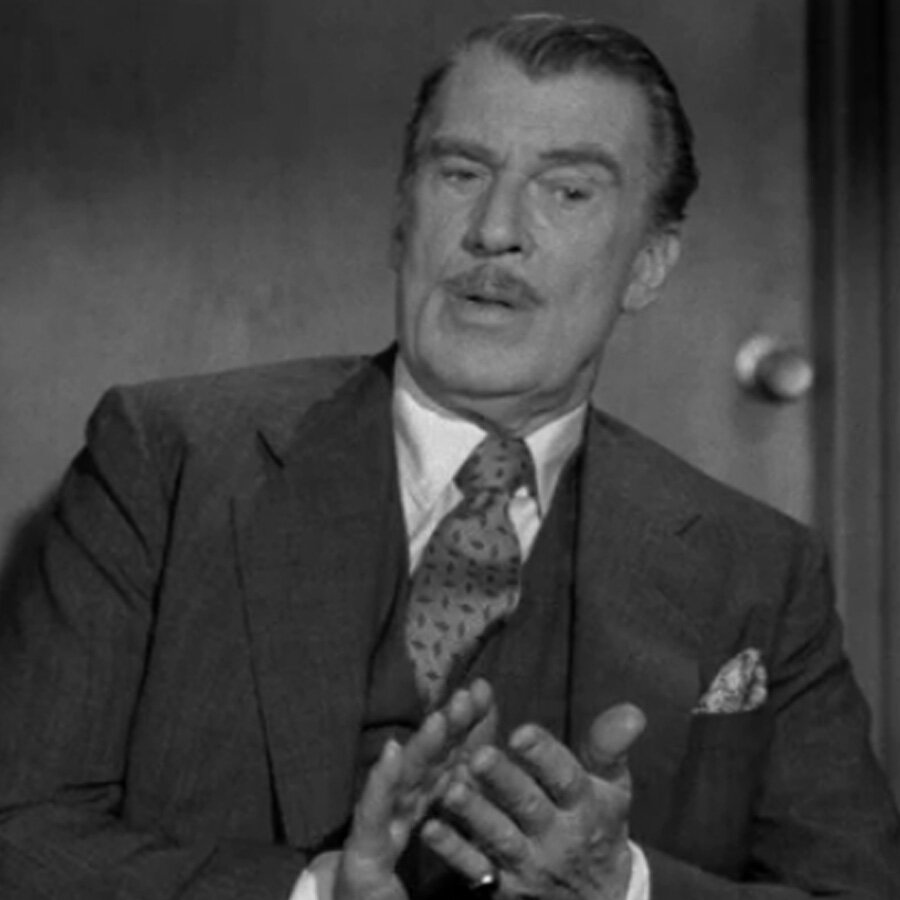 For the fourth straight episode in season six, a pinch-hitter was needed for Burr. Stepping up in "The Case of the Surplus Suitor" was Walter Pidgeon, known for his success in the film industry during the 1940s. He has two Academy Award  nominations for best actor in Mrs. Miniver (1942) and Madame Curie (1943). In this episode, Pidgeon plays attorney Sherman Hatfield, who defends the niece of another attorney that's being blackmailed. Hatfield calls Mason, further inquiring about his new client. This allows for Burr to once again appear on screen in a limited roll.

5. Mike Connors - The Case of the Bullied Bowler 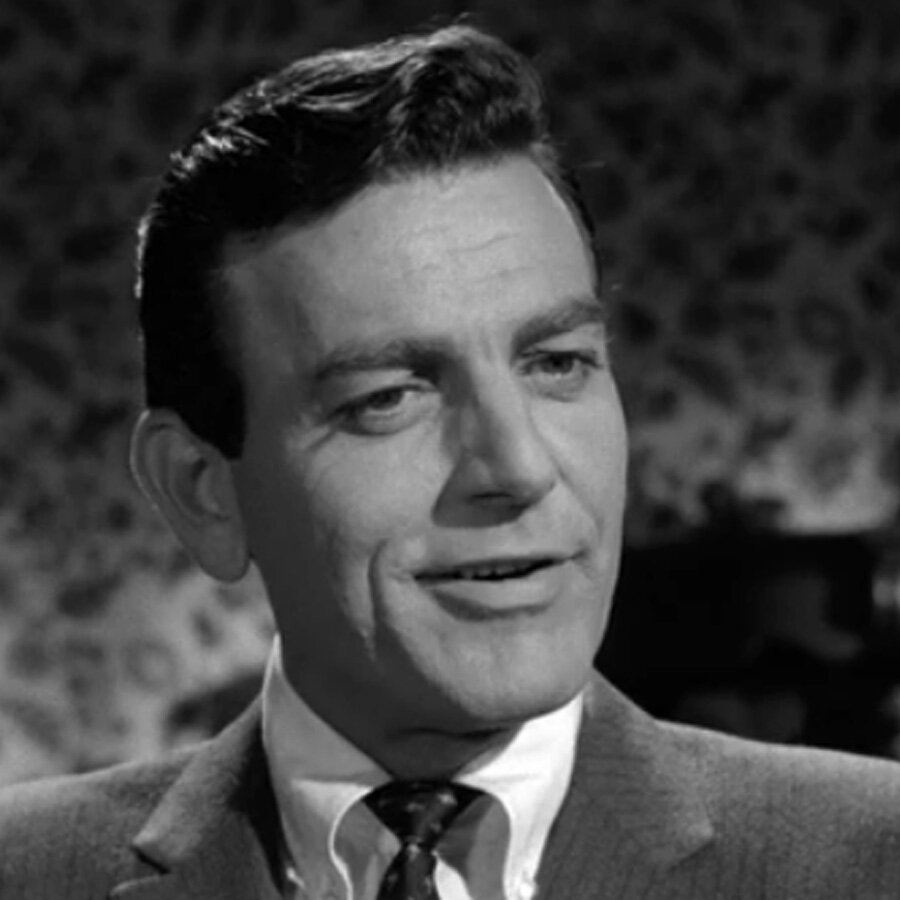 In this season eight episode which first aired in 1964, Raymond Burr wasn't seen on screen. Mike Conners had success in several films of the mid 1950s. Prior to his one episode fill-in on Perry Mason, which he played an attorney on vacation who ends up getting a case, Connors could be seen in The Silent Service and The Californians. He also starred in the one-season organized crime show Tightrope! The crime aspect of Connors' acting career continued in this episode of Perry Mason, where his character, Joe Kelly, challenges a corrupt Duchess causing trouble for a local bowling alley. A few years later, Connors landed his career-defining role on Mannix.

6. Barry Sullivan - The Case of the Thermal Thief 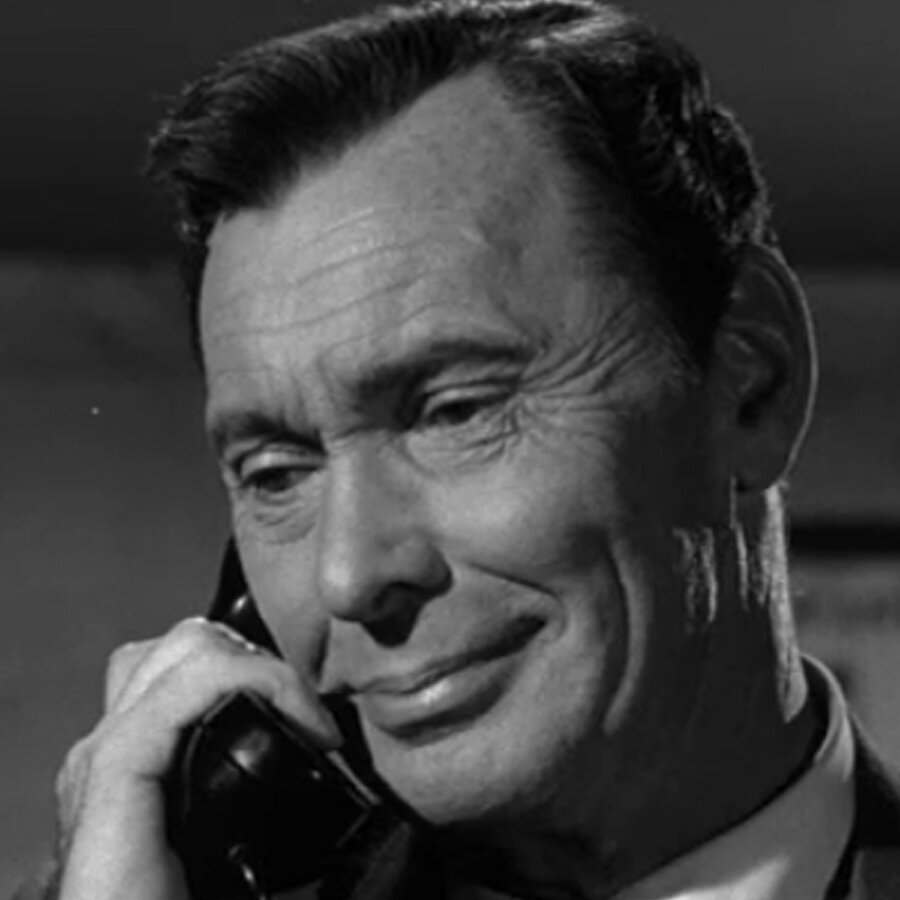 Next up, and still in season eight is "The Case of the Therman Thief," and actor Barry Sullivan. Sullivan played opposite Kirk Douglas in the 1952 drama The Bad and the Beautiful, a movie in which the aforementioned Walter Pidgeon also appeared in. Sullivan played Sheriff Pat Garrett for two seasons in The Tall Man, following his lead role as Capt. David Scott in the one season drama series Harbourmaster. In Perry Mason, Sullivan's character has to figure out who stole some expensive jewelry, a theft that led to a deadly outcome. 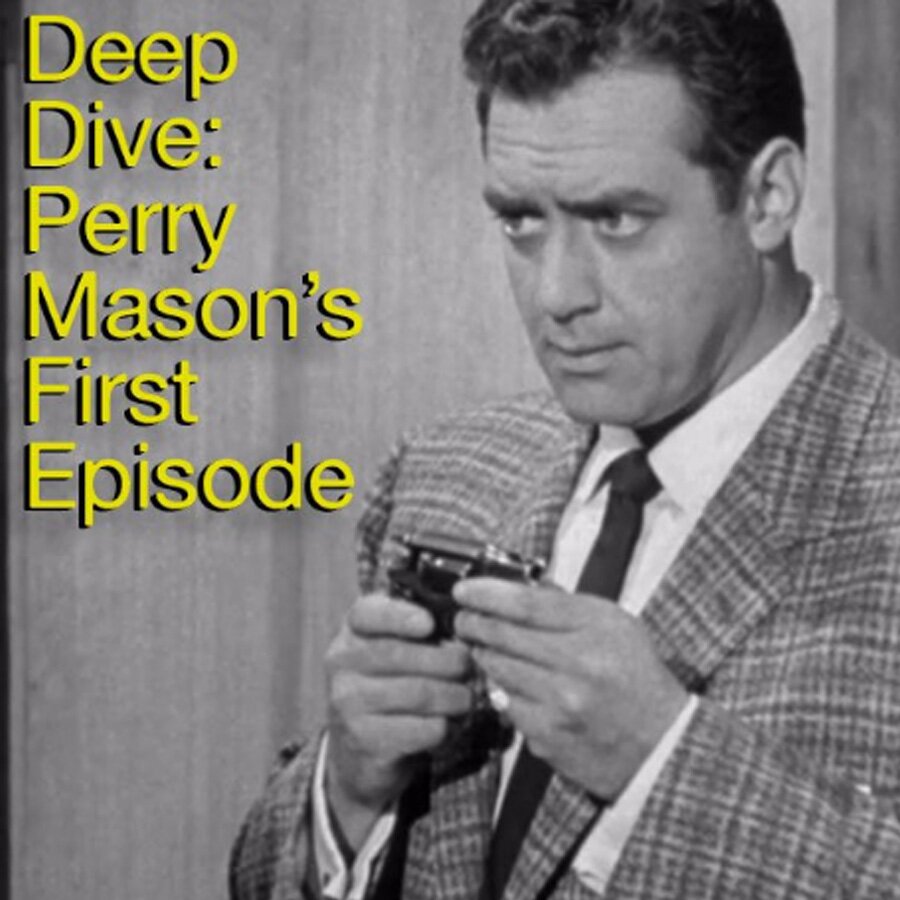 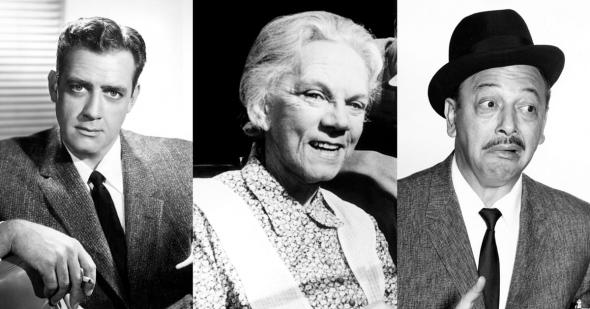 Did you know?
10 actors who left their shows temporarily due to injury or illness 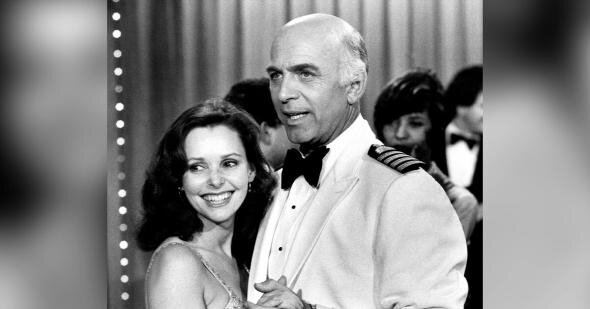 Quiz
What classic TV show is Gavin MacLeod in? 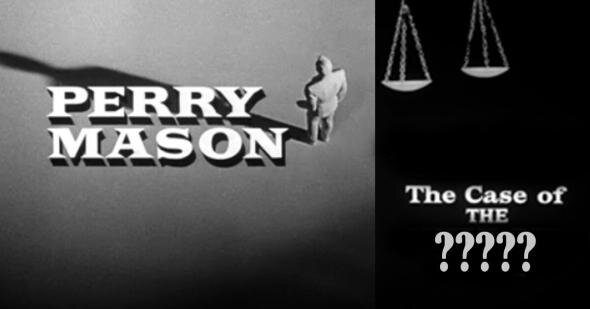 Perry MasonQuizTrivia
Are these real Perry Mason episodes or did we make them up?
Are you sure you want to delete this comment?
Close

F5Twitster 1 month ago
"Davis' career was highlighted in the late '30s and early '40s with several Academy Awards for Best Actress."

"Rennie was cast in the 1950 film The Black Rose which starred Orson Welles."

"In this season eight episode which first aired in 1964, Raymond Burr wasn't seen on screen. Mike Conners had success in several films of the mid 1950s. Prior to his one episode fill-in on Perry Mason, which he played an attorney on vacation who ends up getting a case, Connors could be seen in The Silent Service and The Californians. He also starred in the one-season organized crime show Tightrope! The crime aspect of Conners' acting career continued in this episode of Perry Mason, where his character, Joe Kelly, challenges a corrupt Duchess causing trouble for a local bowling alley. A few years later, Conners landed his career-defining role on Mannix."

Nala92129 1 month ago
Raymond Burr was the only actor who possessed the gravitas and authority to play Perry Mason. He was SUCH a presence, that the guest stars were sadly, disappointments.
Like (3) Reply Delete

cperrynaples 1 month ago
What original star of a current soap opera was the killer in the Constance Doyle episode? Hint: This performer is dead but appeared for over 40 years!
Like (1) Reply Delete

ELEANOR 1 month ago
All of these actors who filled in for Raymond Burr all lend a certain spice to the show. Of course, after one finds out that Perry will be absent, each person capability adds their certain charm to the show and with the support of Della and Paul, they manage to nail the murderer with a certain amount of class.
Like (1) Reply Delete

Runeshaper 1 month ago
All great actors! (-:
Like (1) Reply Delete

ncadams27 1 month ago
I read where the producers cast Mike Connors as a possible replacement for Raymond Burr in case he did not sign for another season. They could have had multiple attorneys as partners all working for Perry’s law firm.
Like Reply Delete

AgingDisgracefully 1 month ago
Mike Connors had a pre-Mannnix show called Tightrope in 1959-60. Sort of Vinnie Terranova, Lite.
He kept his shooter on his waist, just above his butt crack.
It's on YouTube.

daDoctah AgingDisgracefully 1 month ago
While I used to watch Mannix religiously back when it was in first-run, I didn't get to see the first season until I watched the entire run a couple of years ago. While I remembered some scenes from later episodes almost word for word, this time around I got to enjoy watching for references to "Touch" Connors' ethnic heritage, where he casually spoke Armenian, and employed other Armenian actors (such as Akim Tamiroff, and Dave Seville's daughter Carol Bagdasarian). My favorite was when Mannix gets a case taking him back to the town where he grew up, and they mention the local grocer is "Gregor Ohanion" (Connors' real name).
Like (4) Reply Delete

RichLorn AgingDisgracefully 1 month ago
Wearing his gun there is how he GOT his butt crack.
Like (1) Reply Delete

AgingDisgracefully RichLorn 1 month ago
So...he was related to Beldar Conehead, the proud visitor from Remulak?
Like Reply Delete

Andybandit 1 month ago
I only remember the Bette Davis episode.
Like (1) Reply Delete

Andybandit Andybandit 1 month ago
I had no clue PMTTM was from Denver. I live in a suburb of Denver.

Peter_Falk_Fan Andybandit 1 month ago
I have friends that live in Highlands Ranch. I'd like to go back and visit Denver one day. I went to tech school at Lowry AFB.
Like Reply Delete

Andybandit Peter_Falk_Fan 1 month ago
I live in Highlands Ranch, since 1991. Cool.
Like (1) Reply Delete

DethBiz Andybandit 1 month ago
That was how he got Ron Pinkard (Dr. Mike Morton on Emergency) and Leslie Wing to appear in a few of the tv movies because they are both Colorado natives. Up to this point, The Case of the Reckless Romeo is Ron Pinkard's last listed credit.
Like Reply Delete

MrsPhilHarris 1 month ago
Not a fan of these episodes. It’s not the same without Perry.

I’ve been watching the Perry Mason movies and I started losing interest quickly. For some bizarre reason they are not in L.A. but in Denver. Miss Paul Drake, Burger and Tragg.

MrsPhilHarris Pacificsun 1 month ago
You are right, it’s very wishy-washy looking. I made it through about an hour and a half and gave up. I don’t know who the murderer was.
Like (1) Reply Delete

MrsPhilHarris DethBiz 1 month ago
Yes I liked the ones with Paul Drake Jr. too. Not that I have anything against Wm. Moses, but the movies he was in were boring.
Like (1) Reply Delete

DethBiz MrsPhilHarris 1 month ago
The first few were okay when he was paired with Alexandra Paul, but after she departed he kind of lost his direction.
Like Reply Delete

MrsPhilHarris DethBiz 1 month ago
She was okay but she seems to have bust disappeared. I guess they wanted a young couple on the show. I noticed the other day Wm. Moses’ wife Tracy Nelson was on the show as a reporter. I was wondering it at some point they were thinking of making her a recurring character, but it did not pan out.
Like Reply Delete

Sway 1 month ago
Yes, I remember these episodes. Didn't care thank much for them. Della and Paul barely made an appearance in them. Think the Mike Connors one was the best of the six.

BTW, RIP Louise Fletcher, excellent actress. Who could forget Nurse Ratched. She was a defendant in a Perry Mason episode. She was also Kai Winn in Star Trek Deep Space Nine.