"Growing up, he was always a family man," Jake says. 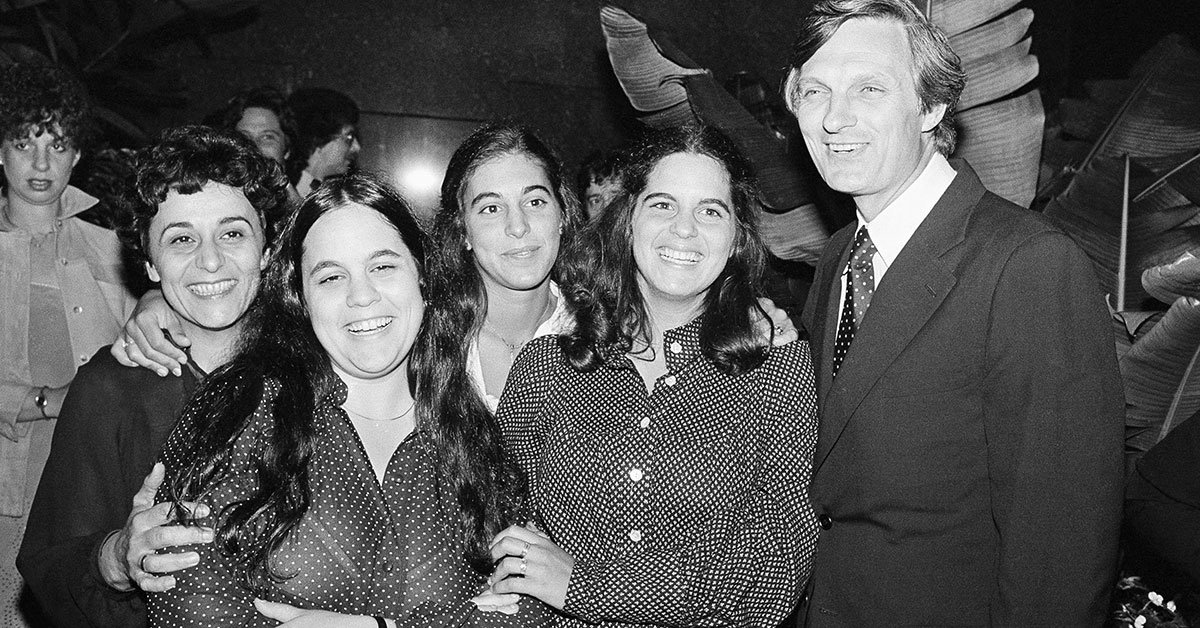 Alan Alda and his wife, Arlene, have been married for more than 63rd years. They met in New York City in the 1950s. Alan was attending Fordham University in the Bronx while Arlene studied at Hunter College in Manhattan. Their first encounter revolved around a clarinet performance at an apartment party. In their second meeting, the two ate cake off the floor together. They've been a couple ever since. 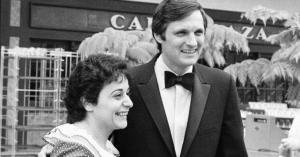 Alan and Arlene had three daughters, Eve, Elizabeth, and Beatrice, and eight grandchildren. One of those grandkids is Jake Alda Coffey, son of Eve (pictured next to Alda on the right in the photo above).

Jake aspires to be a screenwriter like his grandpa. And like most grandchildren, Jake has a TikTok account. He recently took to the social media app to talk about growing up the grandchild of a television icon.

"Growing up, he was always a family man," Jake says. "In the summertime as a kid, we could go to his summer home in the Hamptons and film movies for fun… All these people I looked up to as a kid told me they looked up to my grandpa." It's quite charming.

Take a look below.

Growing up with a famous grandfather ##fyp##foryou 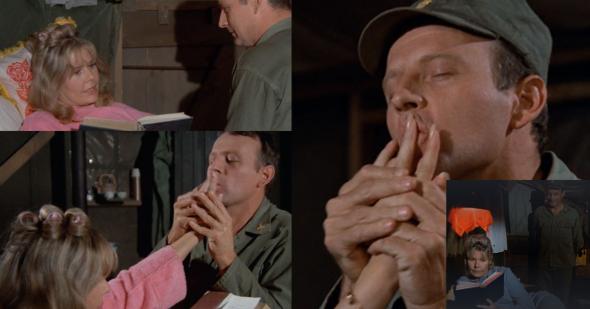 Did this M*A*S*H love scene give you déjà vu?

Did you know?1960sDon Knotts
This is the nearly superhuman singer who secretly sang while Barney Fife lip-synched

NewsObituaries
R.I.P. Jerry Stiller, who took his comedy from The Ed Sullivan Show to Seinfeld
Are you sure you want to delete this comment?
Close

Greg 26 months ago
Reading these comments I can understand why younger people are sick of baby boomers. Every little mistake is like the end of the world. Lighten up
Like Reply Delete

Fifer Greg 10 months ago
So you are ok with incorrect grammar?
Like Reply Delete

Lasagna_DelRio 28 months ago
"Alan Alda and his wife, Arlene, have been married for more than 63rd years." WTF? For 63rd years? That was some damn fine proof reading there!
Like (1) Reply Delete

MeowMeow1962 28 months ago
WOW... 63 years of marriage. Seems funny when you think of Hawkeye as the "bachelor to end all bachelors". But Jake reminds me so much of his grandpa. And it's great that he and Alan share a love of screenwriting. I wonder if Jake has thought of acting in his movies?
Like Reply Delete

alice418 29 months ago
Actually, I think that's Elizabeth next to their dad; Eve is next to her mom.
Like Reply Delete

WordsmithWorks 29 months ago
"Alan Alda and his wife, Arlene, have been married for more than 63rd years." Please fix this, MeTV.
Like (2) Reply Delete