Where To Watch Shop Store Contact
Home / Stories / Here's what's on the ground in 'The Jetsons'
Did you know?

Here's what's on the ground in 'The Jetsons'

Hobos, birds, concrete and parks can be found on the surface of the Jetson's world. 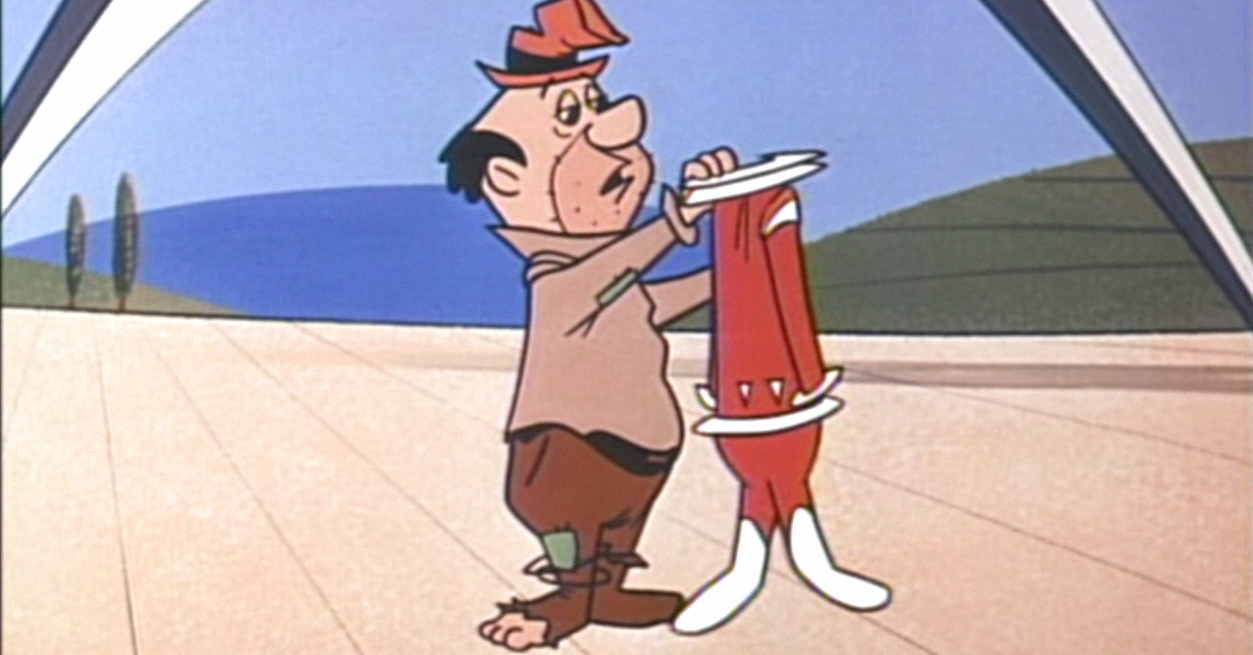 Television fans have whipped up some rather crackpot theories regarding their favorite shows. There's the one that claims Spock is a descendent of Sherlock Holmes. Another theorizes that Jessica Fletcher was a serial killer on Murder, She Wrote. But our personal favorite involves The Flintstones and The Jetsons, the two hit Hanna-Barbera primetime cartoons of the 1960s.

It goes like this: While The Flintstones seemingly takes place in the Stone Age, and The Jetsons is set in 2062, the two worlds co-exist. The Flintstones is the post-apocalyptic life on the surface under The Jetsons. Barney and Wilma live on the ground underneath George and Jane. 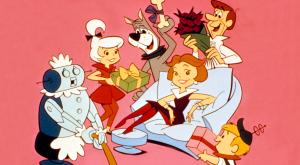 12 far-out things you never knew about 'The Jetsons'

It's a fun theory to debate at parties, but there is one big problem. We see what is on the surface in The Jetsons.

One of the most common misconceptions about The Jetsons is that the cartoon never shows the ground beneath Orbit City. The Jetson family lives in the Skypad Apartments. George works at Spacely Space Sprockets. Both cylindrical buildings project into the sky like birdhouses on long poles. It is a world of flying cars.

This optimistic vision of the 21st century often left viewers wondering — what is on the ground? Well, the answer is… hobos, walking birds, concrete and parks.

One of the best views of the surface level comes in the seventh episode, "The Flying Suit." Remember, The Jetsons originally aired for a single season in 1962–63, as reruns kept it on Saturday mornings for years. Anyway, this particular episode revolves around W.C. Cogswell and Mr. Spacely both developing a red jumpsuit that allows people to fly. Meanwhile, Elroy had concocted pills that allow people to fly. A mix-up at the dry cleaners swaps the suits, and in the end, both companies think their flying suit is a dud. Besides, who wants to slip on a special unitard when you can just pop a pill? The episode closes with Cogswell tossing his X-1500 flying suit out the window, believing it to be worthless.

The suit falls to the surface. And lands atop the head of a wandering hobo.

"Ah, the life on the open road," the homeless vagabond declares before the suit smacks him in the skull. His bare toes stick out from holes in his patched-up leggings. A crumpled hat sits atop his balding head. In other words, he looks like a spoof of a Steinbeck character. In the background, Orbit City structures reach high into the sky. 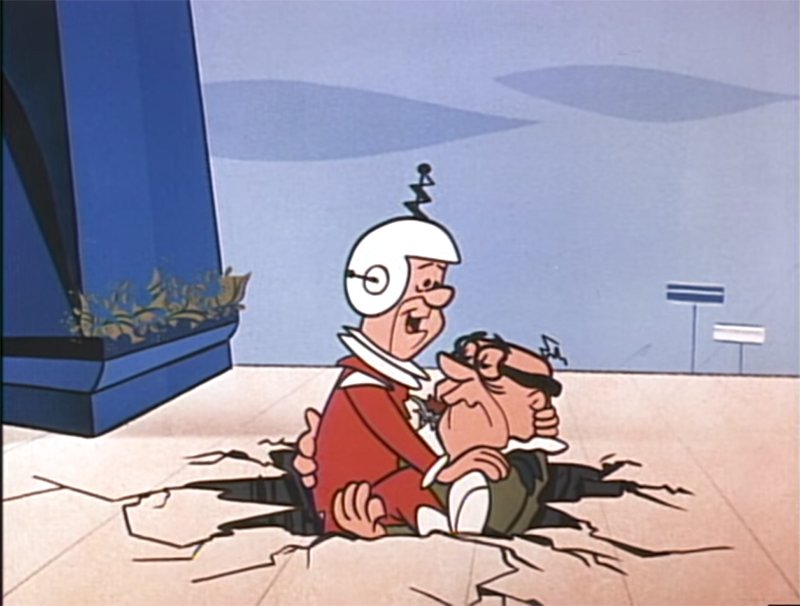 This is not the only glimpse of the ground we get in "The Flying Suit." Earlier, when Cogswell Cogs tests its suit, the pilot and Cogswell crash to the pavement below.

In another scene, Mr. Spacely plummets from his office, but is rescued by George in his flying car. Spacely's descent takes much longer Cogswell's crash, which might make you wonder — just how high up are those buildings in The Jetsons.

Guess what? Another episode tells us exactly, while showing more of the surface. In "Private Property," the 21st episode overall, Cogswell and Spacely are having another businessmen's fued, this time over real estate. At one point, a surveyor drops a tape measure to the ground. He explains that Orbit City regulations mandate that no building can be more than 2,200 feet off the ground. (That's about .4 miles. To put it into contemporary perspective, the Burj Khalifa reaches 2,717'.) 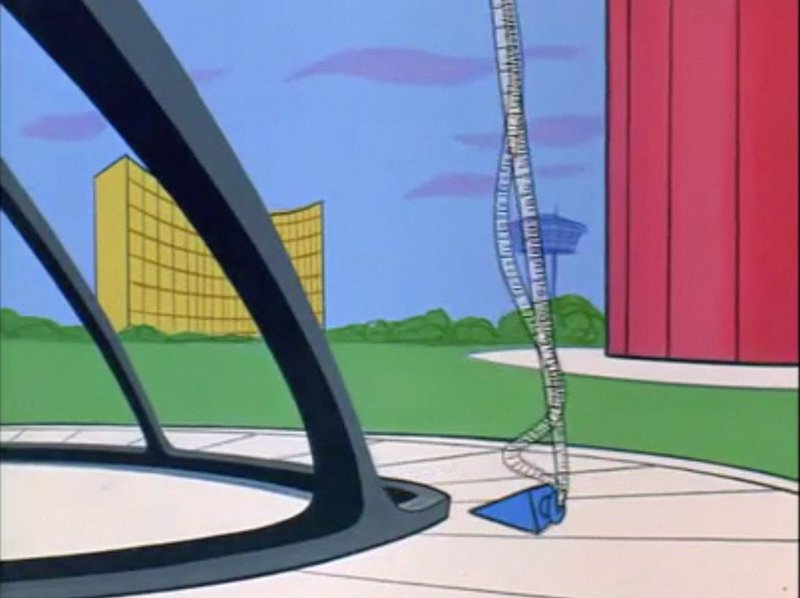 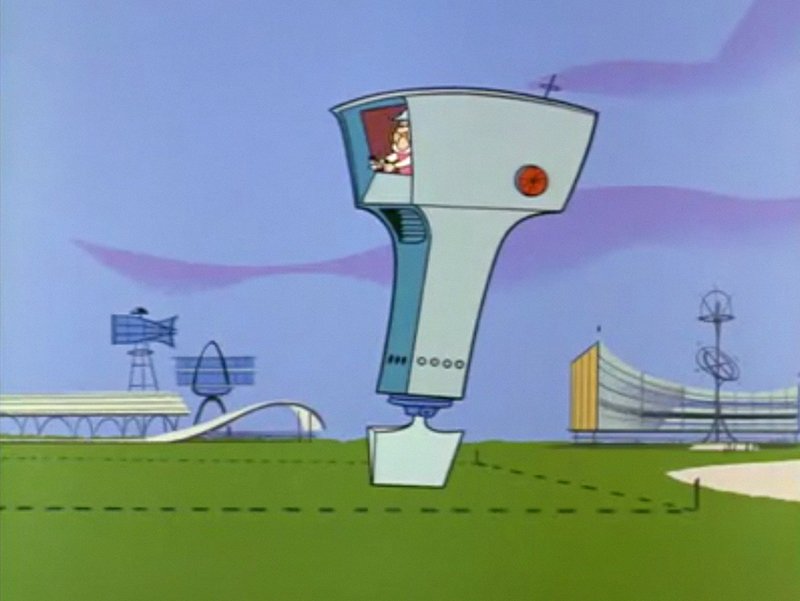 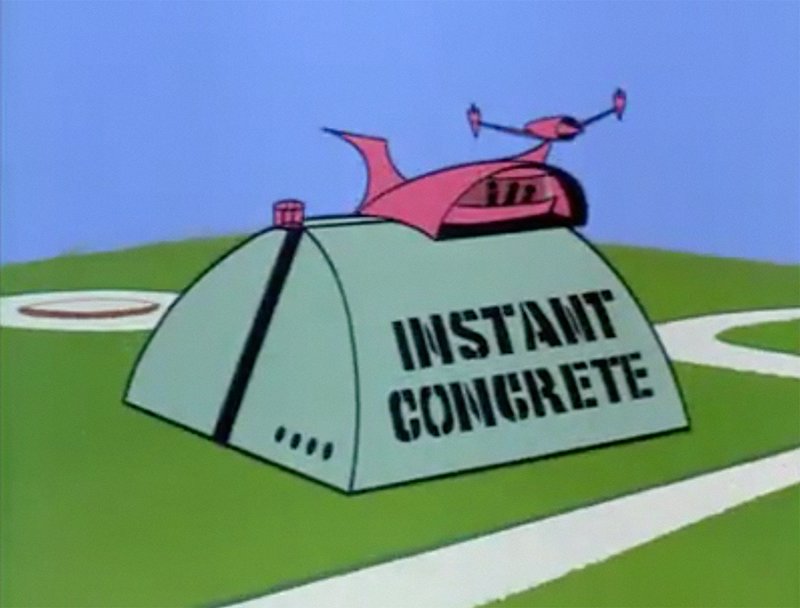 With humanity taking to the skies, the birds of the future have decided to walk the earth instead. There's too much traffic in the air, or so this bird declares at another point in the season. 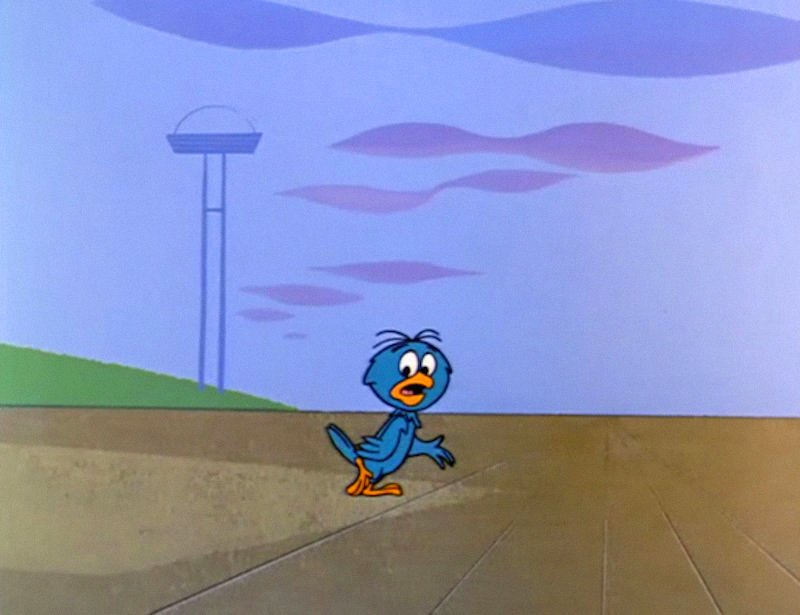 What is most interesting about these reveals is that they shatter the illusion of some utopian future. It introduces a rather depressing class divide. The elite live pampered lives in the clouds, while the less fortunate walk the earth with holes in their shoes. Meanwhile, nature has been upended.

The overlooked Jetsons sequel series of the 1980s somewhat erased this vision. in the 1987 episode "Invisibly Yours, George," Jane meets with a man on the surface. Here, the landscape is far more lush, with purple foliage and mod benches. It's a park. 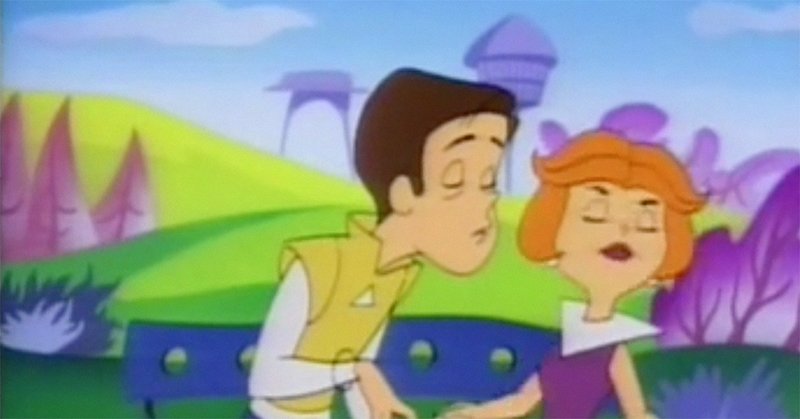 In either case, it's certainly not Barney in Bedrock. Sorry to burst your bubble if you believed in that theory.

GregJPowers 2 months ago
If everyone is using flying car in the Jetsons, why are there roads around Spacely Sprocks office building?
Like Reply Delete

PaulHuntJr 10 months ago
I thought it was perfectly clear, The Flintstones happens much later. Long after the collapse of the Jetson's civilization.

Or drag a file here to upload
DerekBird 10 months ago
The sequel series was awful.
Like Reply Delete

rycki1138 24 months ago
That bird is looking at the camera like "How am I supposed to find any food when the the entire surface of the Earth is covered in concrete?"
Like (1) Reply Delete

JohnBates 33 months ago
Chuck Jones' "Rocket Squad"(1956),which was a spoof of "Dragnet"(With Daffy Duck and Porky Pig),set in the year 2056, used Jetsons' type gags,and they didn't show the ground either!
Like (1) Reply Delete

Or drag a file here to upload
VaughnBaskin 34 months ago
I Hope The Jetsons would join MeTV in Feburary!
Like (1) Reply Delete