In a way, you could say they're technically the same show! 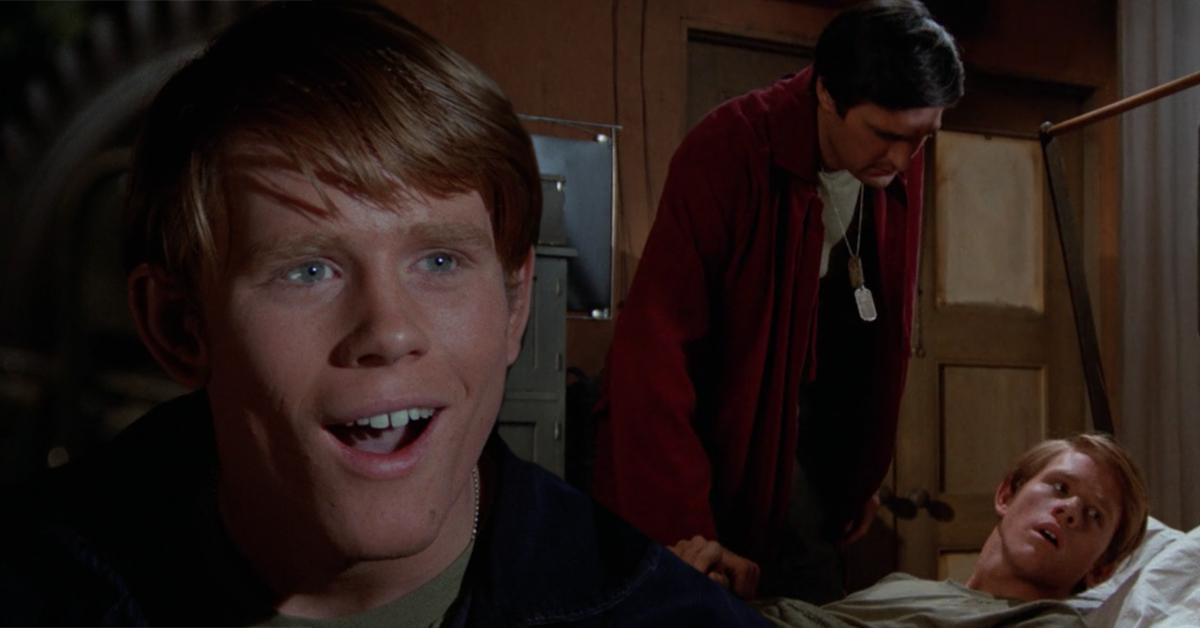 When The Andy Griffith Show ended in 1968, Ron Howard had just turned 14. The young actor had been working since he was five years old and still had four more years to go until he was considered an adult. He was in that awkward spot between a kid who should be in school and an actor with a drive to work. So like most child actors, he did both, graduating from high school and even starting college, as he continued guest starring on hit shows like Daniel Boone, Gunsmoke, Bonanza and Lassie.

Then, in 1973, Howard got asked to do an episode of M*A*S*H. He was 19 years old, still attending college to pursue his new dream of directing, and although he'd never watched the show, he said he was a big fan of the movie. So he agreed to do the show, mostly because it happened to line up with his college spring break. That's when most kids head to the beach. Ron Howard chose the studio.

The episode was called "Sometimes You Hear the Bullet," and it featured Howard as a young Marine who's lied to his family and gone to war to prove to his girl that he's a hero. The heart to heart he has with Alan Alda's Hawkeye is much more dramatic than the lessons little Opie heard from Andy, but this was before audiences were introduced to Howard as Richie Cunningham, so surely seeing a nearly fully grown Opie on Hawkeye's stretcher stressed out any Mayberry fans watching at home.

Hanging out on the set, Howard said that Alda and Wayne Rogers were fun to pal around with, and that the crew basically treated the 19-year-old like the TV star he was. But there was one thing that Howard said in an interview with the Archive of American Television that specifically reminded the young actor of being on the set of The Andy Griffith Show, and unsurprisingly coming from a soon-to-be director, it's a technical comment: “The M*A*S*H episode was really fun because I was treated as a TV vet on the show, and I was going to college at that time and it fit into my Easter break," Howard said. Then, “It also was kind of comfortable, because that was a one-camera show, so it reminded me a little bit of the way The Andy Griffith Show was done.”

For a kid whose childhood was an unorthodox as Howard's you've gotta figure seeing that single camera conjured up about as much fondness for when the actor was growing up on the set of The Andy Griffith Show as a homemade meal from Aunt Bee could've!

Nostalgia1980s
8 pieces of merchandise that prove M*A*S*H was the biggest show of the early '80s
Are you sure you want to delete this comment?
Close