Home / Stories / 11 little details you might have missed on Gilligan's Island
Little DetailsDid you know?Trivia

11 little details you might have missed on Gilligan's Island

Their robes and jetpacks turned up in outer space. 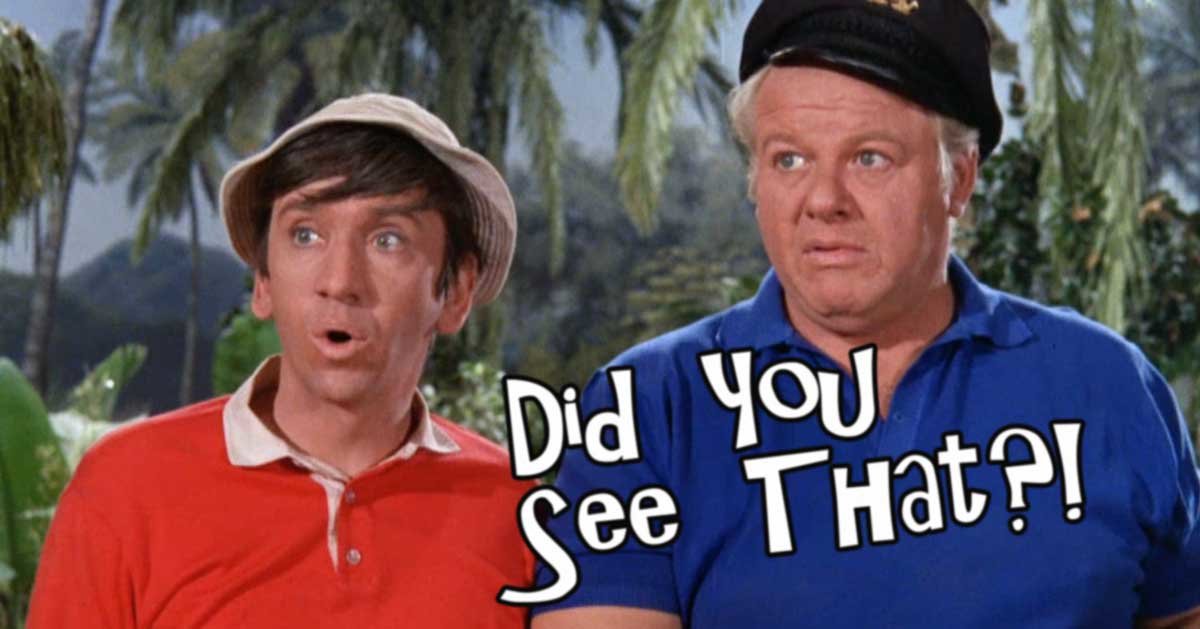 The seven castaways might have been stranded on a so-called "deserted" island, but there sure was a lot to see on that little plot of land. A lot of visitors stopped by, too.

Gilligan and the rest of the gang encountered rockers, astronauts, surfers, pilots, mad scientists… and many more. In all that action, in all their adventures, a few little details might have slipped past unnoticed on Gilligan's Island.

We're going to hold a magnifying glass up to some interesting little tidbits from the color episodes. 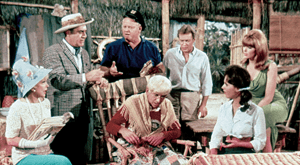 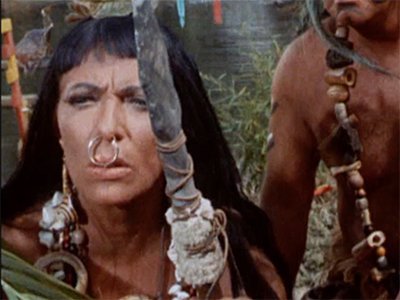 Henny and Jim Backus married in 1943. The former Broadway showgirl had a handful of television credits, including a few alongside her husband. She appeared on The Jim Backus Show in 1961. Two decades later, Mr. and Mrs. Backus guest-starred on The Love Boat together, as a couple aboard the cruise ship. And Henny turned up on Gilligan's Island, playing the "Native Mother" in "Gilligan's Mother-in-Law," the first episode produced in color. 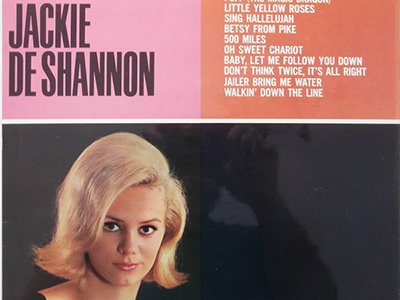 "Don't Bug the Mosquitoes" remains a favorite episode of fans. The Wellingtons, the real-life group that had sung the theme song to Gilligan's Island, portrayed the funny, fictional Beatles knock-off called the Mosquitoes. Ginger, Lovey and Mary Ann form their own group, the Honeybees. But that was not Dawn Wells singing. American pop star Jackie DeShannon, who was hot off her hit "What the World Needs Now Is Love," provided the vocals.

3. Gilligan was listening to a real radio man. 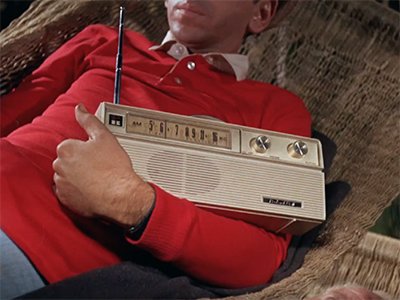 In the episode "Not Guilty," the castaways listen to a news broadcast on the radio. (They just so happen to think they've wanted for murder, too, but that's not important here….) The newscaster delivering the bulletin is Al Schottelkotte, a Cincinnati broadcasting legend. No, he did not work for WKRP. He was an anchor for WCPO-TV in Cincinnati, and he used the same WCPO call letters for his vocal cameo on Gilligan's Island. The prior year, he had played a bailiff on Gunsmoke in "Old Man."

4. This lion had been to Denver before.

Let's give a little love to the animal co-stars. Zamba the Lion worked hard in Hollywood. The big cat turned up on The Twilight Zone ("The Jungle") and The Beverly Hillbillies ("Clampett City General Store"). You might remember him best as the lion who gives Gilligan a good scare in "Feed the Kitty." Bob Denver was no stranger to the lion. The two had worked together on The Many Loves of Dobie Gillis, in "What's My Lion?"

5. Two iconic James Bond villains turned up on the island.

Eccentric henchmen Jaws and Oddjob gave James Bond all he could handle i  Goldfinger and The Spy Who Loved Me. The actors behind those characters, Harold Sakata and Richard Kiel, respectively, tormented the castaways of Gilligan's Island, too. Kiel played a Russian agent in "Ghost a Go-Go," while Sakata preyed on the castaways in "The Hunter." 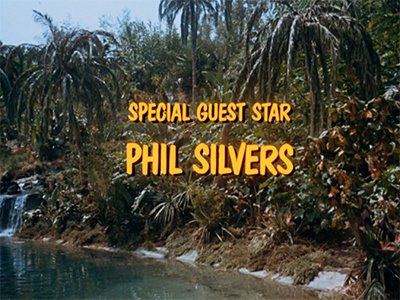 "The Producer" is a highlight of Gilligan's Island, considered amongst the best of the series, if not all sitcoms. Phil Silvers guests as Hollywood hotshot Harold Hecuba. He's so good, he gets two credits — a "Special Guest Star" nod in the opening credits and another credit in the closing. He was the only guest actor to receive such billing on the show. His production company, Gladasya, just to happened to help finance the show.

7. You can see a map of the island in one episode. 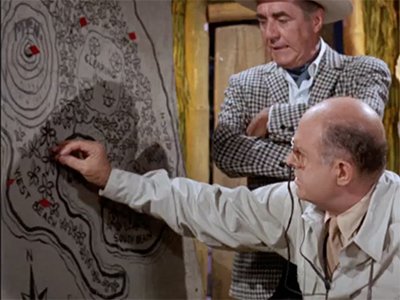 Ever wonder about the layout of Gilligan's Isle? Well, you can see a detailed map of it in "Man with a Net," as a lepidopterist tracks butterflies on a diagram of the island. You can see the clearing where the castaways dwell, north of the lagoon, with a large mountain to the west.

"Lovey's Secret Admirer" featured the longest dream sequence in the entire sitcom, which clocks in at nearly 10 minutes. In that fantasy, Gilligan wears a gold and green wizard robe decorated with a blazing eyeball. That same outfit can later be seen in the Star Trek episode "Catspaw," on the character Korob.

You've got to work within the budget. Spacecraft are not cheap props, even if they are fake. Which is why the blue "Scorpio" module seen in "Splashdown" might look familiar. It formerly appeared as a orange Russian module in "Nyet, Nyet, Not Yet!" Series creator Sherwood Schwartz got even more use out of the prop. It was used as the spacecraft in his subsequent time-travel series It's About Time, which sent two astronauts back to the prehistoric era.

10. This jetpack got Lost in Space.

Speaking of recycling aeronautics… The awesome XJP jetpack shown in the opening scene was a real "rocket belt" developed by Bell. The same jetpack appeared in Lost in Space. Oh, and since we mentioned James Bond earlier, you might remember 007 using the same flying device in Thunderball.

11. There were too many people on the boat in the opening credits. 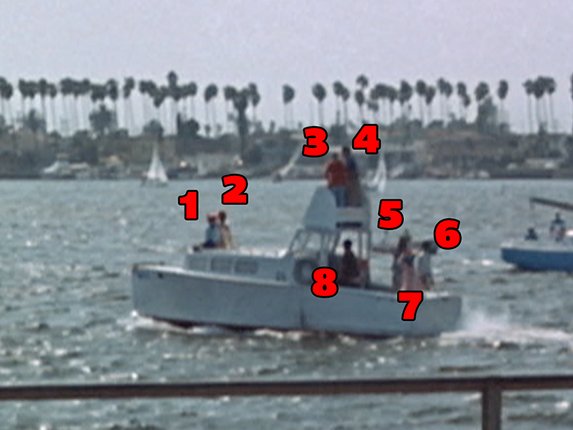 As the Minnow leaves port in the opening credits, when the lyrics proclaim, "Five passengers set sail that day," eight people can be counted aboard the boat. Ginger and Mary Ann sit up front. Gilligan and the Skipper stand up top. The Howells and the Professor are aft. That leaves the mysterious man piloting the boat. What ever happened to him? 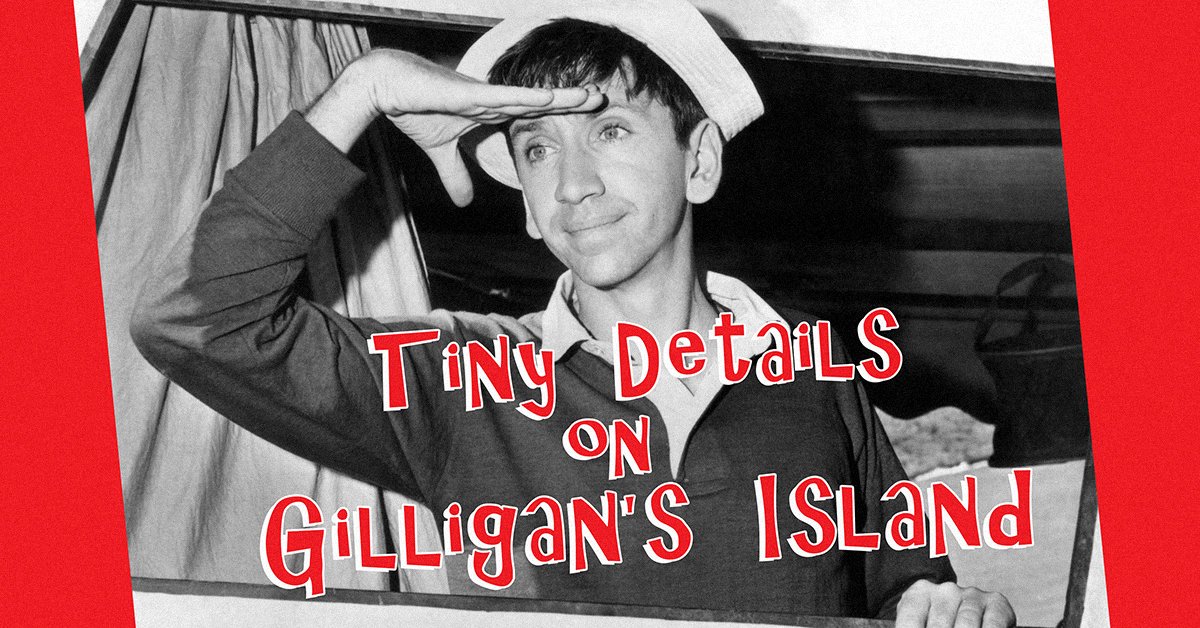 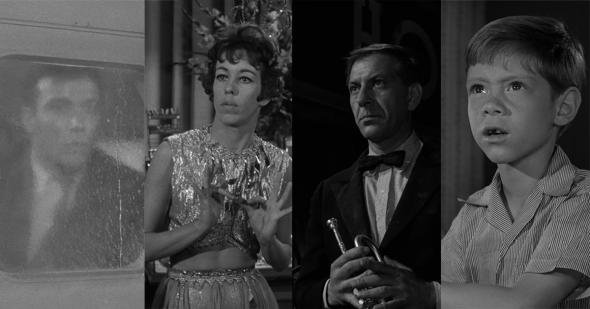 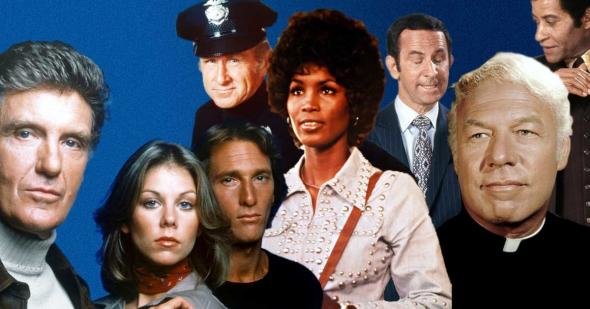 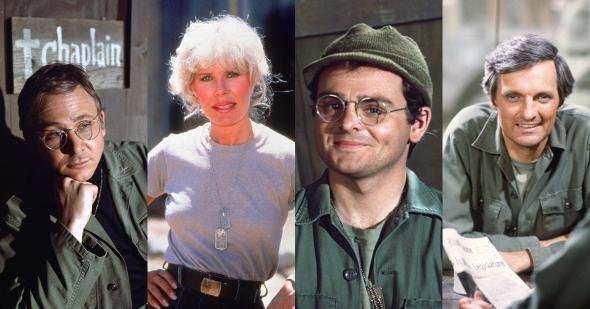 M*A*S*H stars describe their famous characters in their own words
Are you sure you want to delete this comment?
Close

swarner 13 months ago
You need to double check your “facts” before posting them.
Like Reply Delete

swarner 13 months ago
There are only 7 people on that boat. Study it better. Skipper is steering from the roost. #5 is a shadowed boat part.
Like Reply Delete

stephaniestavropoulos 14 months ago
Zamba was also Kitty Kat on The Addams Family. He was a very popular in demand lion.
Like (1) Reply Delete

KathyMcKinny stephaniestavropoulos 6 months ago
was he also the MGM lion???
Like Reply Delete

cperrynaples 14 months ago
At least one radio voiceover was done by John Facenda, the long-time voice of NFL Films as well as the news anchor at WCAU in Philadelphia!
Like Reply Delete

daDoctah cperrynaples 14 months ago
But the usual voice of the radio announcer was actor Charles Maxwell. I think of him as the eighth castaway.

One little detail that you've probably missed is the background music in the episode where the island is visited by a Soviet spy who's had plastic surgery to become a double for Gilligan. In the sequence where both Gilligans are chasing each other through the jungle, the music is a mashup of the show's theme music with the Russian folksong "Korobeiniki", better known to a later generation as the theme from the computer game Tetris.
Like Reply Delete