The third time was also a charm for the TV legend. 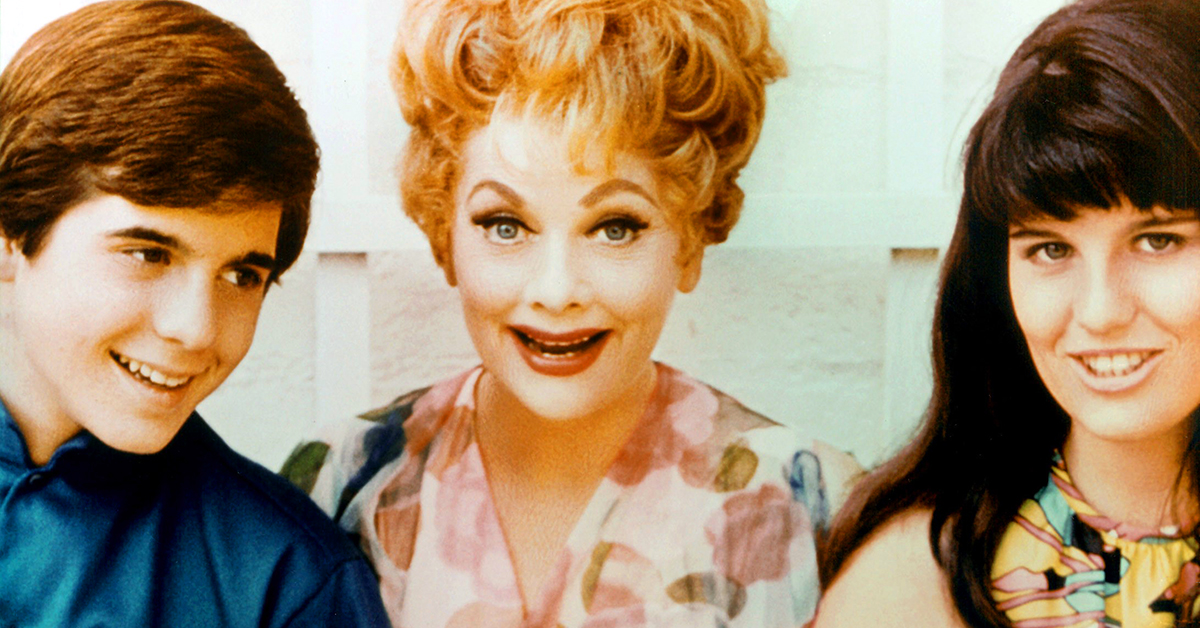 For good reason Lucille Ball is most associated with I Love Lucy, arguably the greatest television comedy of all time. She invented the modern sitcom, in a way that will forever be relevent. She's like the Beatles of TV, basically. Because of that iconic 1951–57 series, people mostly think of her as a star of the 1950s.

However, Ball remained a top star of the small screen in the 1960s and 1970s, as well. The Lucy Show continued crack up audiences with its physical humor. You can watch that overlooked gem right here on MeTV.com.

Even more overlooked was her subsequent series, Here's Lucy, which aired from 1968 to 1974. Though it was set across the country in California, with entirely new characters, Here's Lucy was in some ways a continuation of The Lucy Show, as regular cast members Gale Gordon and Mary Jane Croft came along for the ride.

Let's shine a light onto this overshadowed work from the brilliant Ball.

1. Ball starred alongside her real-life children. 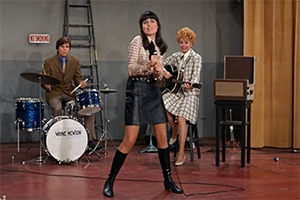 When The Lucy Show ended in 1968, it was the No. 2 rated show on TV. It certainly was not canceled. However, Ball deeply desired to work with her growing children, Lucie Arnaz and Desi Arnaz, Jr. The two played Kim Carter and Craig Carter, the teenage kids of Lucy Carter, who worked in L.A. at Carter's Unique Employment Agency.

2. Ball guest starred as herself in an episode. 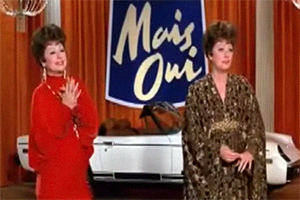 Far more bizarre than Ball's kids appearing on the series was Ball guest-starring on the show as herself. In the sixth season episode "Lucy Carter Meets Lucille Ball," her Carter character enters a Ball look-alike contest. And naturally wins. She wore a darker brown hair color as "herself" in this episode to help differentiate the characters. Yes, she stood onscreen with herself, thanks to the magic of television.

3. Ralph Kramden shows up in an episode. 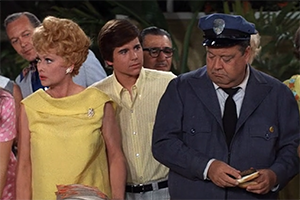 Here's Lucy roped in dozens of big guest stars, everyone from Wayne Newton to Johnny Carson. Even the guest stars had guest stars. In the second episode, "Lucy Visits Jack Benny," Benny (Ball's real-life next-door neighbor) holds a backyard barbeque. At the end, he invites "the bus driver" to come and eat a hamburger. Enter TV's most famous bus driver, Ralph Kramden. Jackie Gleason reprised his Honeymooners character in full costume. He also puts a dollar bill on his hamburger, takes a bite, and proclaims, "How sweet it is!"

4. Ball's broken leg was written into the show. 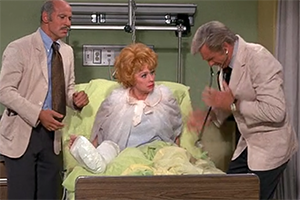 Before the start of the fifth season, Ball fractured her leg in a skiing mishap. The injury was worked into the plot, as the actress spent much of the season in a cast. That obviously cut down the slapstick comedy. Ball would never be quite so physical onscreen again. 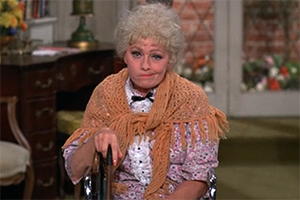 Six was the magic number for Ball. I Love Lucy — and The Lucy Show, for that matter — lasted six seasons, just like Here's Lucy. 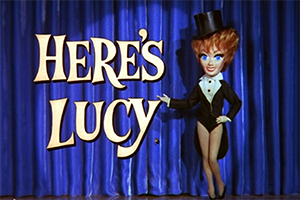 The 1970-71 television season is historically noted for its sea change in programming, as young, hip shows swept into replace aging "rural" comedies. But there was certainly life left in the legends. Here's Lucy was the top show for its network that year, its third season, and the No. 3 show on TV overall. 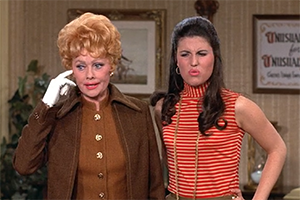 Ball's sitcoms had spent more than two decades in the top ten of the ratings. That's an astounding run. In 1973, Here's Lucy slipped to No. 15, which still made it a hit. In its final season, it dropped to No. 29, drawing about the same numbers as The Carol Burnett Show and Kung Fu.

8. The name of Lucy's character again had the letters "AR" for good reason. 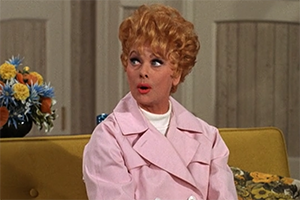 Lucy Ricardo, Lucy Carmichael, Lucy Carter — there's a reason for all those "…ar…" names, and it's not that Ball was a pirate. She was paying tribute to her former husband and partner, Desi AR-naz. 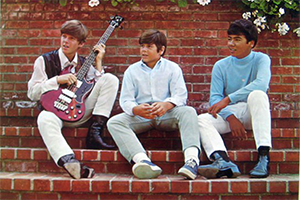 Desi bailed on the sitcom in 1971, following its biggest year, to become a film star. He landed a couple big roles quickly, playing Marco Polo in Marco and the title role in Billy Two Hats, starring alongside Gregory Peck. The kid had already achieved some fame as a pop singer in the 1960s, as his rock band Dino, Desi & Billy had scored a couple Top 40 hits and toured with the Beach Boys.

10. The season four finale was a backdoor pilot for a Lucie Arnaz spin-off. 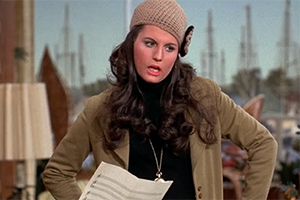 11. It marked the final time Vivian Vance worked on a sitcom with Ball. 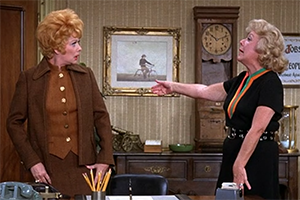 The week before that Lucie Arnaz Show pilot, Here's Lucy aired the episode "With Viv as a Friend, Who Needs an Enemy?" The reunion with her I Love Lucy and Lucy Show sidekick would end up being bittersweet. We mentioned the grand plans to have Vance join the series as a regular. However, the legend was diagnosed with breast cancer. That episode would be the final time the two starred on a sitcom together. Vance made one final appearance with her old friend in a 1977 TV special, Lucy Calls the President.

12. The season five finale was originally meant to be the end. 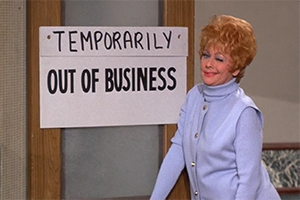 Plans were to wrap up the series after the end of the fifth season. However, the head of CBS later convinced Ball to not throw in the towel. The season ends with Lucy hanging an "Out of Business" sign on the door of their office. She then tacks on a "Temporarily" to the top of the sign and gives a wink to the audience. 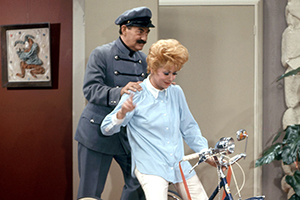 Lucy's second sitcom was a smash, too. READ MORE

RedSamRackham 21 months ago
* I've read that when Liz Taylor & Richard Burton appeared on the show as themselves Burton was angry with Lucy criticizing his acting and make him do a scene over & over. The man was a star of stage & screen and hated Lucy telling him that he was not doing a good enough job of portraying himself. ♣
Like Reply Delete