Where To Watch Shop Store Contact
Home / Stories / 14 forgotten syndicated TV shows of the 1960s
Did you know? 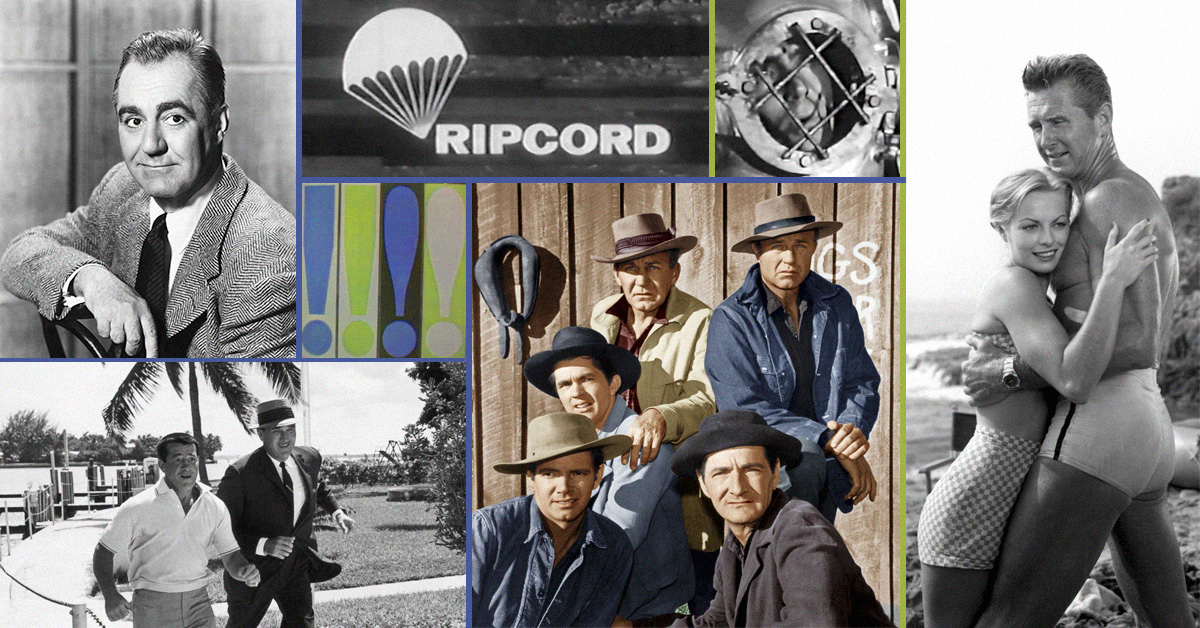 Television producers today likely think, "Who really needs a network?" There are dozens of outlets for original programming, from cable to diginets to the web. Even YouTube creates its own television shows. Half a century ago, the TV landscape was much different, certainly much more condensed. It was tough to find airtime outside of a network. Tough, but not impossible. 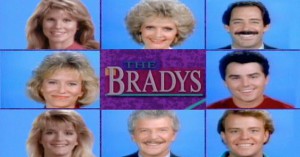 8 forgotten sequel series to hit shows of the 1960s

The big three networks — ABC, CBS and NBC — dominated programming. That being said, there was still room for shows unaffiliated with a major network. First-run syndication shows began to thrive in the 1950s, especially in the Western and sci-fi genres, thanks to the pioneering Ziv Television Programs. The Ziv company churned out popular series such as The Cisco Kid and Highway Patrol.

The following decade, the syndication industry continued to create cowboys and action heroes for local stations around the country. Typically, first-run syndication is associated with game shows, and there are dozens of examples. However, we're going to stick with scripted television in this look back. Here are 14 overlooked first-run syndication shows from the fabulous 1960s. 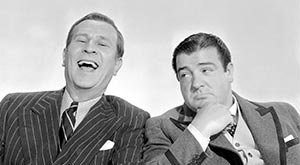 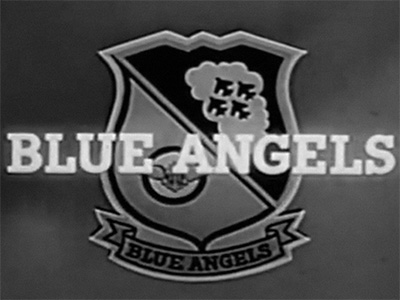 Eat your heart out, Maverick. Long before Top Gun, pilots swooshed across the screen on Blue Angels, stories about the aerial aces of the United States Navy. The show is perhaps most notable for featuring some early work of Burt Reynolds, who turned up in a couple episodes. 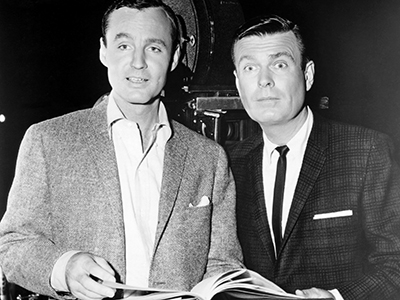 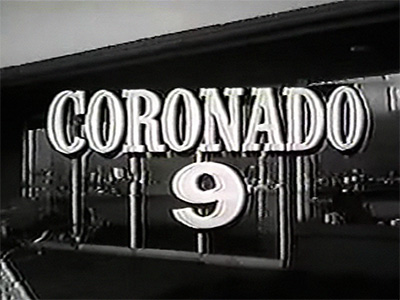 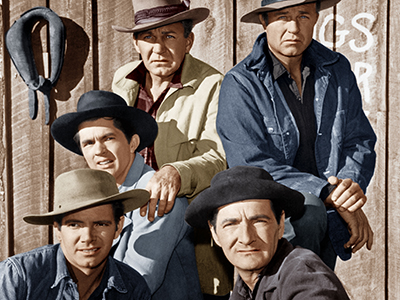 The most successful property on this list, Death Valley Days dates back to 1930, when it premiered as a radio program. In 1952, the oater made the leap to the small screen, where it stayed in syndication until 1970. Yes, it lasted 18 seasons, yet it rarely mentioned in the same breath as Bonanza and Gunsmoke. When it comes to guest stars, it's hard to top the cast of DVD. Ronald Reagan hosted the anthology series from 1964–65, and acted in 21 episodes. Elsewhere, every rising star from James Caan to June Lockhart popped in. In the promotional photo here, for "Three Minutes to Eternity," you perhaps recognize Tom Skerritt and Forrest Tucker on the upper left. As with most anthology series, the quality of the tales varied, but at its best, this was one of the essential TV Westerns of the era. 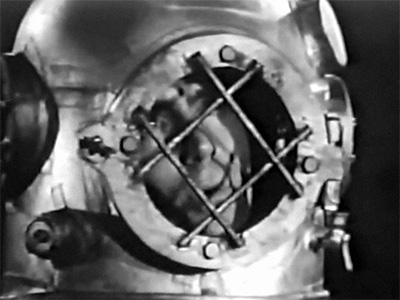 A man in a diving suit, named Dan you might have gathered, talks to fish. Well, a cast of puppet fish, including Finley Haddock and Gabby the Clam. That's the gist of this once cherished children's program, which was developed from a comic strip called Fish Tales. The short segments were syndicated out to stations and sometimes bundled into 30-minute programs. 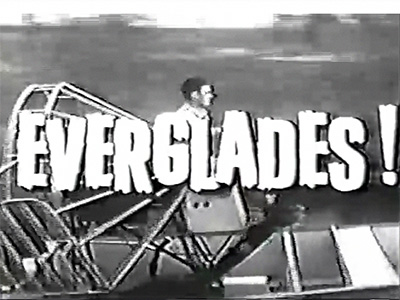 Ron Hayes starred as Constable Lincoln Vail, zipping around the Florida swamps in his airboat, solving crimes, preserving the land. Filmed on location in the Everglades, featuring local Seminole natives, Everglades! found a following by being slotted next to Flipper in many markets. Nature lovers could get a double dose of Florida wildlife. Oh, and guess who guest starred? Florida-raised Burt Reynolds, of course. 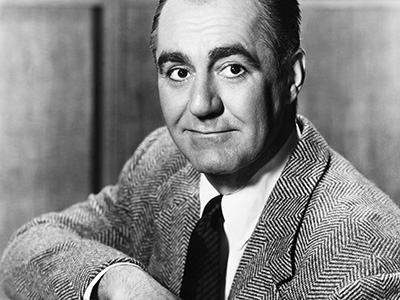 Best known as the Millionaire of Gilligan's Island, not to mention the voice of Mr. Magoo, Backus headlined his own syndicated sitcom from 1960–61. Sometimes titled Hot Off the Wire, the sitcom centered around a man running a struggling news wire service. 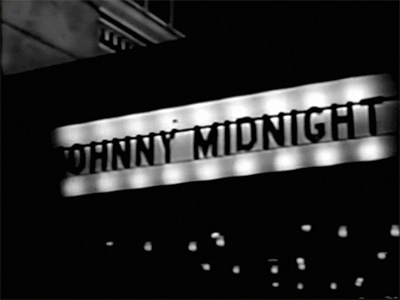 Veteran character actor Edmond O'Brien had made his name as a wonderful character actor in noir classics like The Killers, White Heat and D.O.A. In the latter, he got to show off his stuff as a lead, which perhaps led to his mid-life renaissance as the lead in this nifty little noir TV series. O'Brien played Johnny Midnight, a Manhattan detective lurking around his turf in the theater district. It was the product of Revue Studies, who had previously done wonderful work in the 1950s with Lee Marvin (M Squad) and John Cassavetes (Johnny Staccato) in similarly hard-boiled crime shows. They also produced the aforementioned Coronado 9. 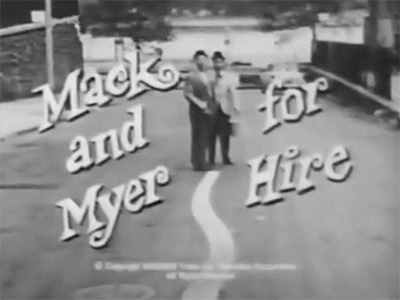 Two regular Joes — well, Mack and Myer — continually found themselves in slapstick situations as they picked up odd jobs. A bit of The Three Stooges here, a touch of Ralph and Norton on The Honeymooners there, the sitcom wasted no time in serving up cement mixers full of physical comedy. 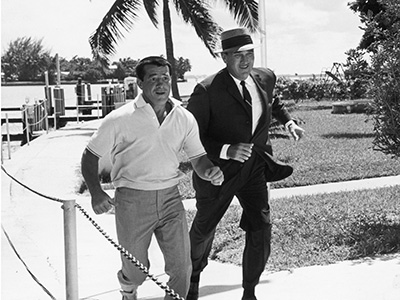 Few men have ever thrown a punch as well as Rocky Graziano. The boxing legend slugged his way to the title of world middleweight champion in the 1940s. After retiring from the sport, he transitioned to television, intially comedy, believe it or not. He partnered with "Take my wife — please" comedian Henny Youngman for The Henny and Rocky Show. Later, he turned action hero in this Miami-set crime series. He played the strongman alongside P.I. Jeff Thompson (Lee Bowman). Pity the stuntman who might have accidentally caught one of his fists. 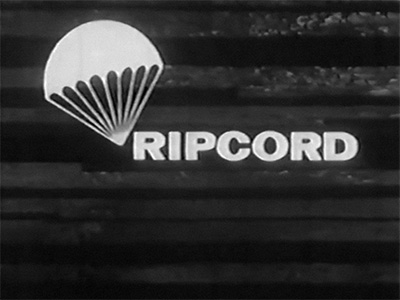 Skydiving is the ultimate daredevil act. There's a reason why little plastic paratroopers were the most popular green army men toys. The danger of the act is alluring. What if the ripcord does not work? Such tension was the basis of this entire series, Ripcord, which starred thrilling skydivers played by Larry Pennell (Dash Riprock of The Beverly Hillbillies) and Ken Curtis (Festus from Gunsmoke). Do you even need to ask? Of course, Burt Reynolds guest starred. 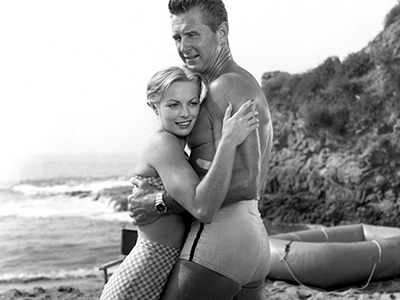 Lloyd Bridges might be most familiar to younger generations as the glue-sniffing traffic control tower supervisor in Airplane! A couple decades earlier, he was the hunky leading man of Sea Hunt, which originally ran in syndication from 1959–61 before cycling through reruns for years. Bridges played a former Navy frogman who seeks adventure aboard his boat the Argonaut. 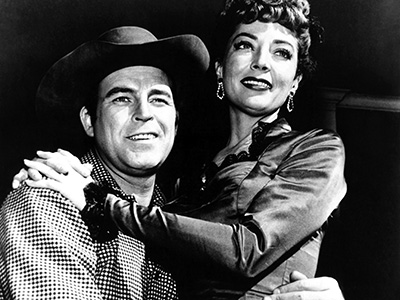 As you can tell from title and wardrobe, Shotgun Slade was a Western, but a rather unique one. While set in the Wild West, this fascinating hybrid was a detective series, closer in tone of Peter Gunn with its jazzy score. Slade (Scott Brady) carried a unique modified gun, like fellow cowboy heroes Lucas McCain and Josh Randall. Slade's piece was even wilder, with a shotgun barrel welded to a rifle barrel. This show was all about hybrids. Somehow, it did not feature Burt Reynolds, however. 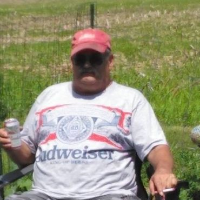 plucky 1 month ago
what ever happened to Rat Patrol and Black Sheep squadren?

JamesEricSchuyler 11 months ago
Didn't one or both of the young Bridges brothers appear on Sea Hunt, or am I smoking horse de-wormer?
Like (1) Reply Delete

NathanMuir JamesEricSchuyler 8 months ago
At least one did.
Like Reply Delete

Hey Me how about rerunning Lou Grant.
Like Reply Delete

JoeSHill 11 months ago
"SEA HUNT", "EVERGLADES", and "RIPCORD", were all released by ZIV/United Artists Television in the late 1950s and early/mid-1960s, all currently owned by MGM/UA Television Distribution.
Like Reply Delete

franksmerg 11 months ago
I remember 4 from the list of 14 that you provided. Death Valley Days, Everglades, Ripcord, and Sea Hunt. I didn't watch any of the others at all.
Like Reply Delete

franksmerg 11 months ago
Out of the list of 14 that you provided I only remember 4 of them. Death Valley Days, Everglades, Ripcord, and Sea Hunt. I know I watched some of these 4 but none of the others at all.
Like Reply Delete

HerbF 22 months ago
Death Valley Days and Sea Hunt are "Hardly" forgotten - both continue to play in syndication and have had DVD releases.
Like (1) Reply Delete

dcoss56 22 months ago
Why don’t you have a forgotten Friday and show all these forgotten shows?
Like (2) Reply Delete

MadMadMadWorld dcoss56 16 months ago
I'd rather forget Mondays! "Monday, Monday" [can't trust that day!], by The Mamas & The Papas (1966).
Like Reply Delete

ndebrabant 26 months ago
What about Whirlybirds (1957-1960). Starred Kenneth Tobey as Chuck Martin and Craig Hill as P.T. Moore.
Had 111 episodes. Made me want to learn to fly Helicopters. Unfortunately I never did. The show used Bell Helicopter Models 47G and 47J Ranger for the series.
Like (2) Reply Delete

Catman 29 months ago
The ones I remember:
Diver Dan: You can find some of the episodes on YouTube, I think. This was a kid show in the early '60s.
The Everglades: Since I lived way down south in Miami before it was the sterile metropolis it has become, this was like watching TV filmed in my back yard.
RIpcord: Later in my life, in the USAF, we would ask why anyone would want to jump out of a perfectly good airplane. But as a kid, I found this very exciting.
Sea Hunt: What I remember now is the killer whale episode, where Mike Nelson vows not to rest until every one of these savage beasts is dead. He came close to getting his wish, but saner heads prevailed, one hopes. Still, I loved this show.
Of course I remember Death Valley Days, brought to you by 20 Mule Team Borax and Ronald Reagan.
How I missed Miami Undercover I dunno, but this is the first I've ever heard of it.

JohnTrembly 38 months ago
So why doesn't MeTV rerun some of these obscurities???
Like (2) Reply Delete

Pacificsun JohnTrembly 7 months ago
Because they're obscurities.
Like Reply Delete

Dario 41 months ago
KTTV Ch. 11 here in L.A. showed Lloyd Bridges Sea Hunt on the weekends in the early-to-mid '70s. It's a good show.
Like Reply Delete