Get in the Christmas spirit with rare records from Bonanza, Brady Bunch and Star Trek actors. 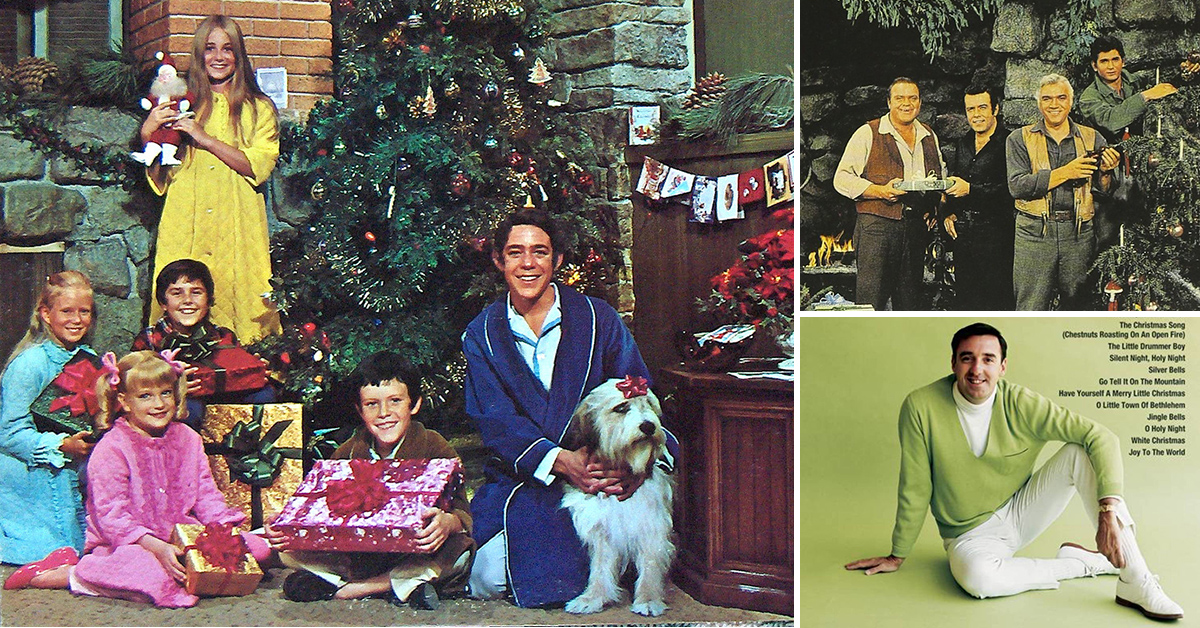 Christmas and television go together like marshmallows and cocoa. The season has given us dozens of memorable Christmas episodes, not to mention those classic specials we tune into year after year.

Of course, the small screen has also led to handfuls of novelty holiday tunes. We scoured the record bins for noel standards sung by television actors. Some of them are even in character. The collection ranges from silly to serious, but they all wrap up warm and fuzzy feelings with a big red bow.

Here are 14 Christmas records and singles from the world of television. Give them a spin for your retro party pleasure. 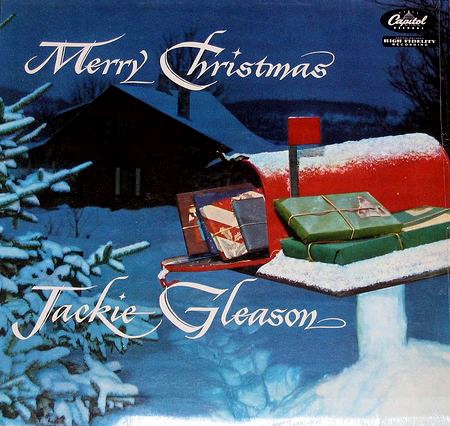 In addition to being a TV legend, Gleason put out plenty of albums through the years. Released in 1956, The Honeymooners star's schmaltzy orchestral album peaked at number 16 on the Billboard 200 chart.

2. Warner Bros. Stars – 'We Wish You A Merry Christmas' 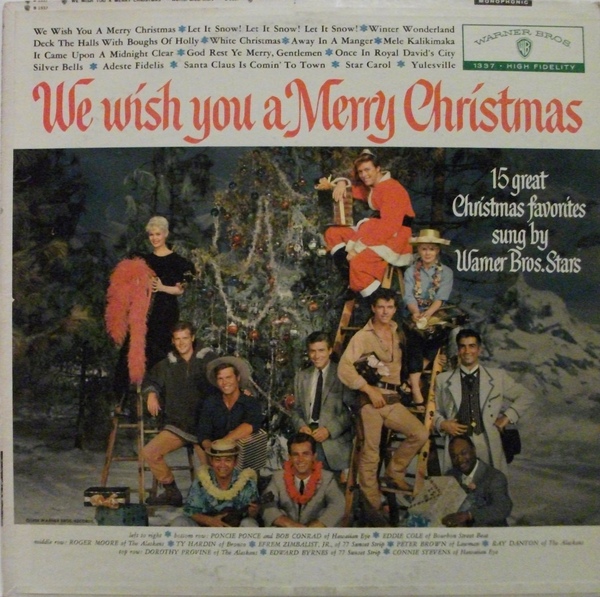 Released in 1959, this curious collection features Roger Moore of The Saint delivering "Once In Royal David's City" and Poncie Ponce of Hawaiian Eye singing "Mele Kalikimaka." Moore's track is a must for anyone who wants to imagine James Bond reading them Christmas stories, though Ponce's tropical tune is a joy, too.

3. Bonanza – 'Christmas on the Ponderosa' 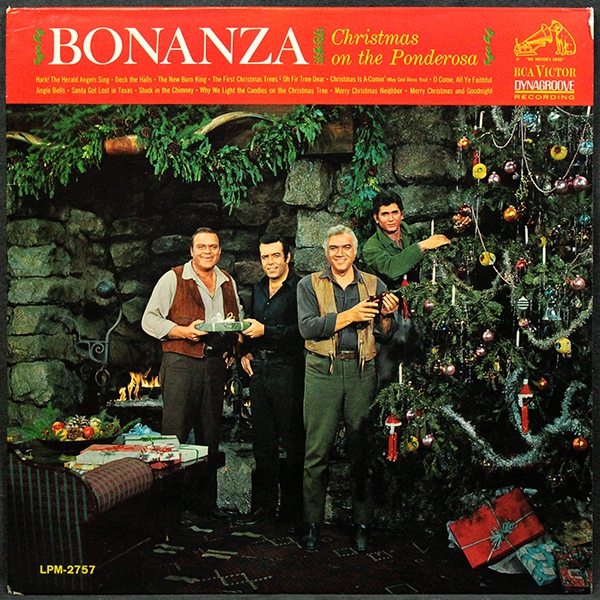 In 1963, Ponderosa really knew how to celebrate Christmas, with the cast of the iconic western performing in character on this album. Dan Blocker belts "Deck the Halls," Michael Landon sings "Oh Fir Tree Dear" and Lorne Greene croons "Christmas Is A-Comin' (May God Bless You)." 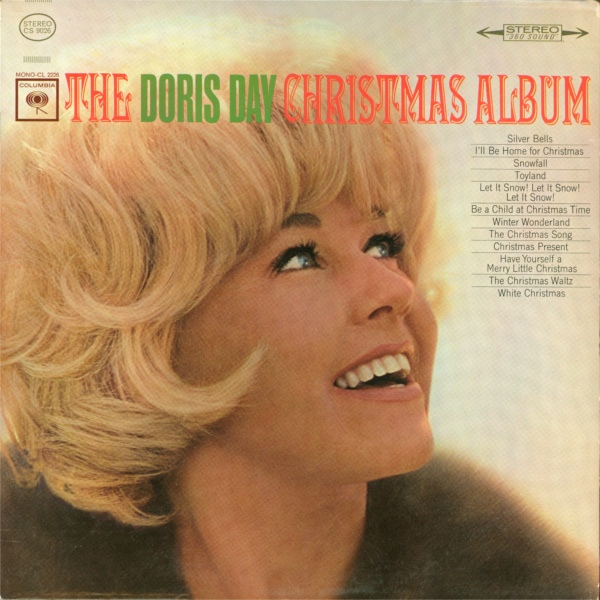 The best album here, the triple threat's entry into the Christmas canon stands alongside those standards by Burl Ives and Bing Crosby thanks to its fireplace warmth and icicle xylophones. Released in 1964, Day was a few years away from starting her television series, on which she would sing "Silver Bells," naturally. 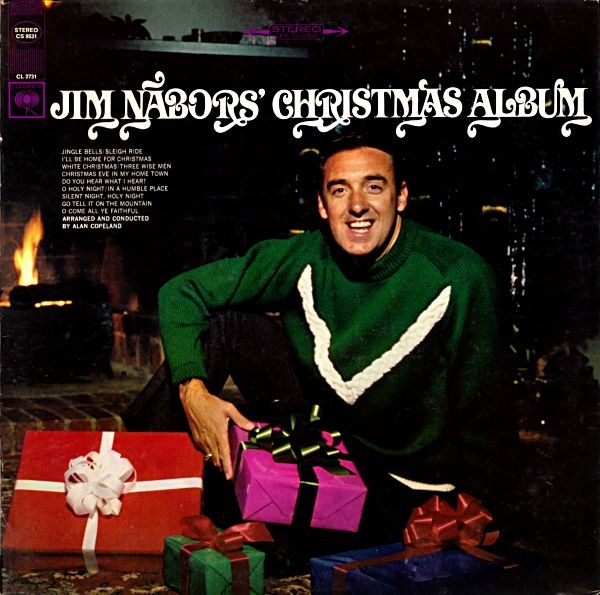 Shazam, Santa! In 1967, two years after his first album, Nabors slipped into his deep register to deliver a booming collection of cheer. 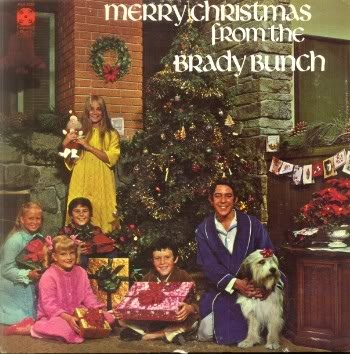 This one seems like a no brainer, right? Unlike the slick studio pop of the Partridge Family, the Bradys relied on the childish charm of its young stars. This cute record, releaed in 1970, highlights the higher voices of the six brothers and sisters — and Peter's voice hardly cracks. 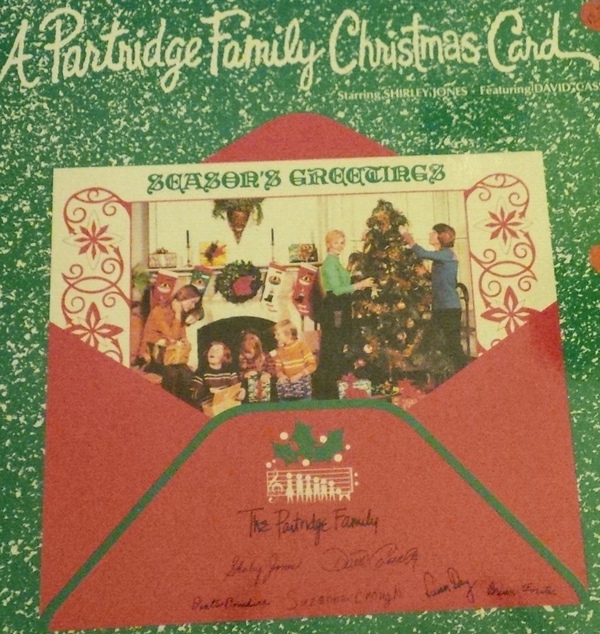 Just like the television show, the Partridge Family followed the Brady Bunch Christmas album by a year. The harmony-rich holiday harvest of soft rock became the best-selling Christmas album of the 1971 season. Two of the tracks were featured in the episode, "Don't Bring Your Guns to Town, Santa." 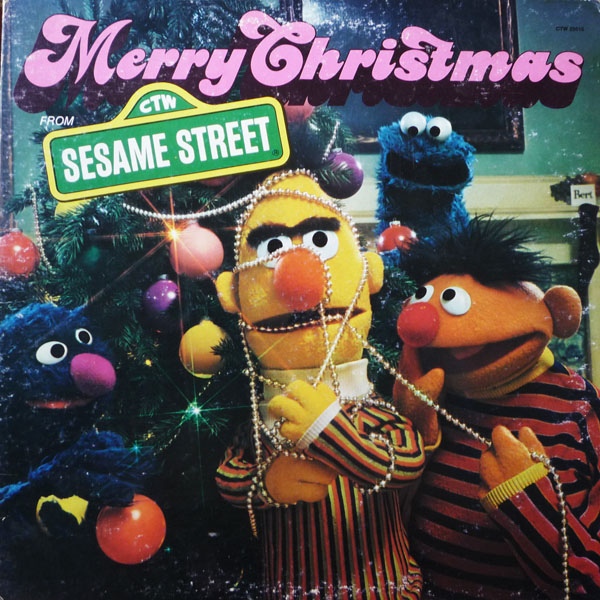 Making Christmas a little more sunny, the landmark children's program put out this delightful holiday platter in 1975. The full cast — Luis, Maria, Gordon, Mr. Hooper, and of course the Muppets controlled by Jim Henson — is here. 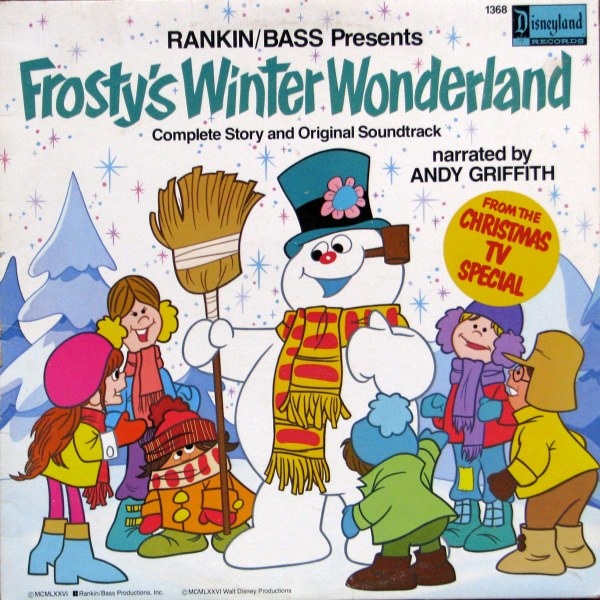 The 1976 Rankin-Bass sequel to the animated classic Frosty the Snowman featured the real-life Andy Taylor as a narrator. Griffith also delivered the spoken word segments on the tie-in album. 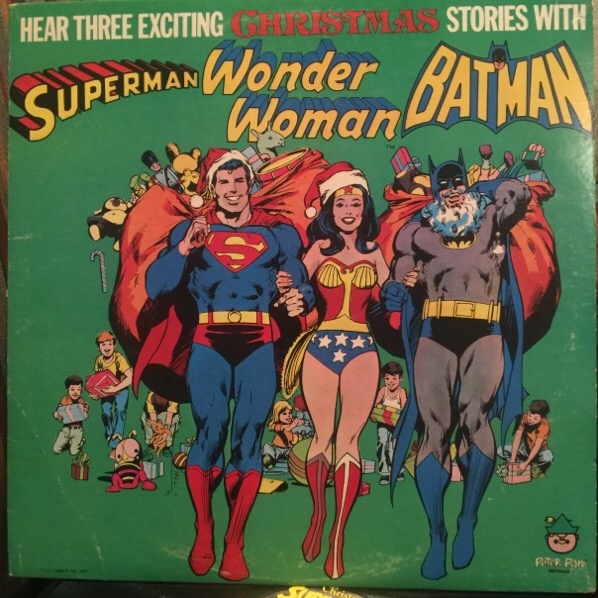 A nuclear submarine under the polar icecap poses a threat to Christmas… until Wonder Woman can put an end to the nefarious affair! The bulk of our Super Sci-Fi Saturday Night lineup teams up here for this 1977 story album featuring DC Comics' ultimate triumvirate. 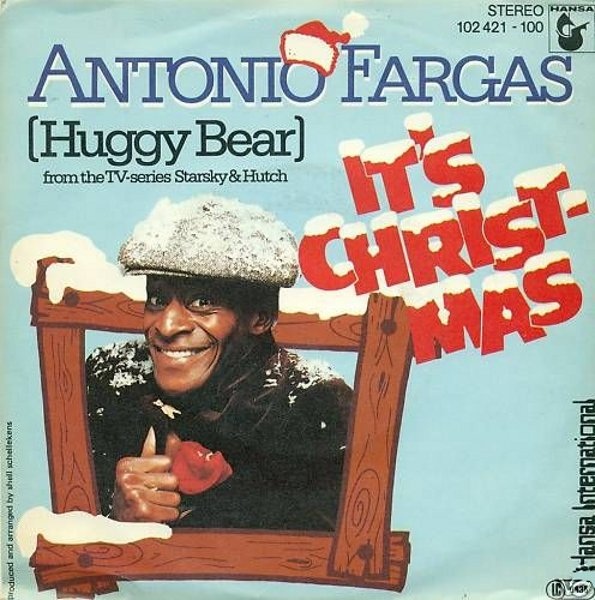 The favorite informant from Starsky and Hutch recorded this laid-back reggae number in 1980, just a year after his series left the air. "Merry Christmas from Antonio Fargas… Huggy Bear!" he proclaims in the outro. The single only came out in Germany and the Netherlands. 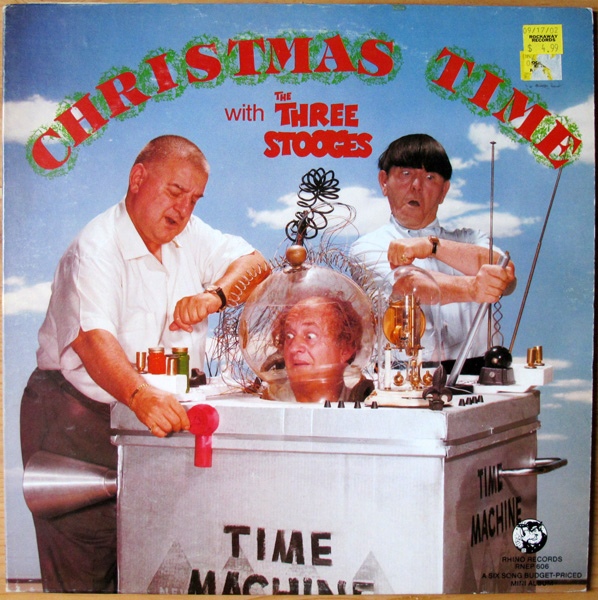 The slapstick pioneers first cut a Christmas collection in 1960, which was reissued in 1983 with this playful artwork featuring Curly Joe DeRita alongside Larry and Moe. 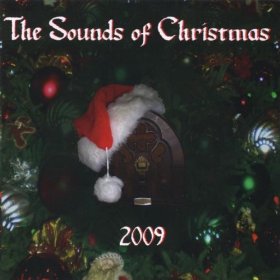 No list of singing TV stars is complete without Shatner. It's hard to pin down just when the Star Trek star put his pipes to this traditional tune. It evokes the spoken-word drama of his cult classic The Transformed Man from 1968, but is most easily found on The Sounds of Christmas 2009. 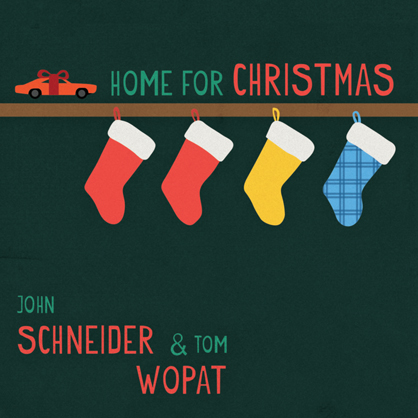 The Dukes of Hazzard boys team up again for a platter of lightly tongue-in-cheek Yule songs along the lines of "Johnny, It's Cold Outside," as well as more standard fare. The artwork does not feature Boss Hog dressed as Santa. 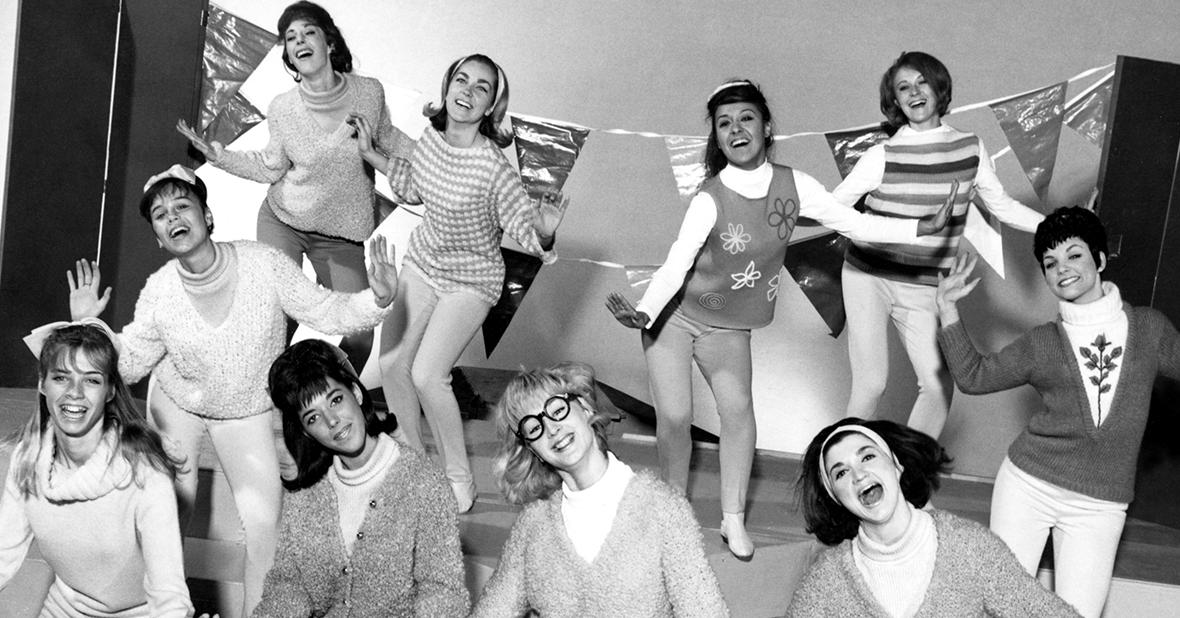 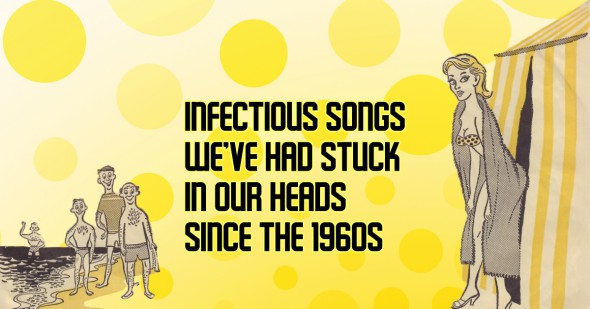 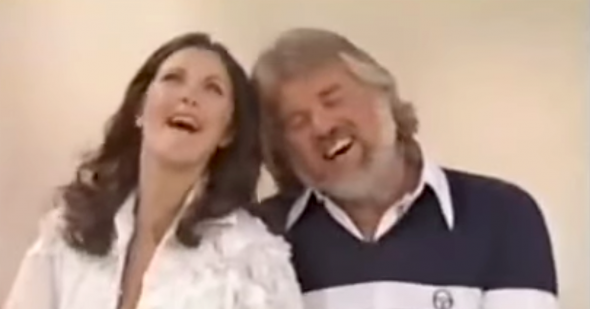 MUSIC
Watch: Lynda Carter's final Wonder Woman appearance on TV was a duet with Kenny Rogers
Are you sure you want to delete this comment?
Close