The 1950s sitcom has surprising ties to The Simpsons, the Real Housewives, Star Trek and the Flintstones. 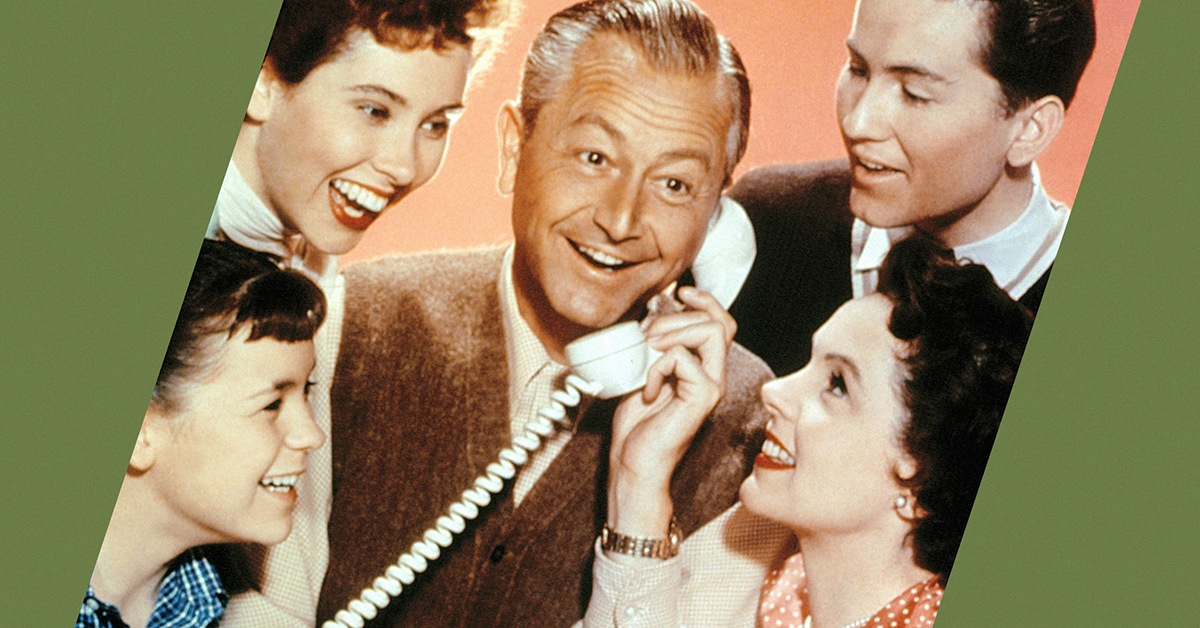 In many ways, Father Knows Best set the mold for the family sitcoms. In fact, it was doing so before it even hit television. The sitcom began as a radio program, which was far more modern than you might expect. Robert Young, "Father" himself, was the only actor to carry over from the radio broadcasts to television sets, and he became the model patriarch as the series came to define 1950s suburban living.

Today, you can watch Father Knows Best right here on MeTV.com, streaming for free on our Videos page. The show has surprising ties to modern hits, as unexpected as The Simpsons and The Real Housewives.

Let's dive into this charming tale of the Anderson family.

1. The radio version was quite a bit darker. 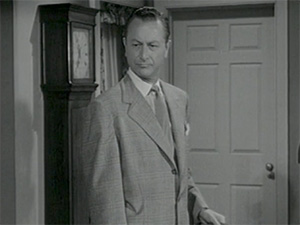 The lead character, father Jim Anderson, had a cutting sense of humor on the radio program. "What a bunch of stupid children I have," he once blurted. The sarcastic mood carried through the entire family, who constantly traded wise-cracks. In a way, it was surprisingly closer to modern sitcoms like The Simpsons and Married… with Children.

2. The voice of the wife on the radio program was that of Wilma Flintstone. 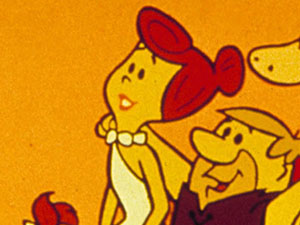 Jim Anderson's wife, Margaret, was first portrayed by June Whitley on the radio show. Later, Jean Vander Pyl stepped into the role. You certainly would recognize her voice, as she became a staple of Hanna-Barbera cartoons, voicing iconic characters like Wilma Flintstone and Rosie the robotic maid on The Jetsons.

3. The Andersons lived in the unspecified city of "Springfield." 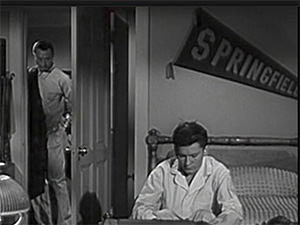 Speaking of the Simpsons, the cartoon family has another thing quite in common with this 1950s household — they might share the same hometown. The Andersons live in the Midwestern city of Springfield, though a state is never specified.

4. The pilot for the TV series had a far different cast. 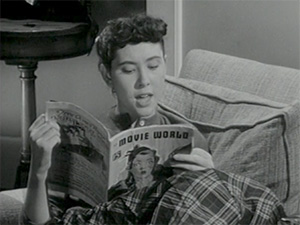 When the program jumped from radio to the boob tube, Robert Young was the only cast member to remain. The pilot originally aired as an episode of The Ford Television Theatre called "Keep It in the Family." Ellen Drew, Sally Fraser, Tina Thompson and Gordon Gebert filled out the cast as the rest of the family. But when the show went to series on CBS, and entire new family was cast — Jane Wyatt as wife Margaret Anderson, Elinor Donahue as Betty, Billy Gray as Bud, and Lauren Chapin and Kathy.

5. There was an episode made exclusively for the U.S. Government. 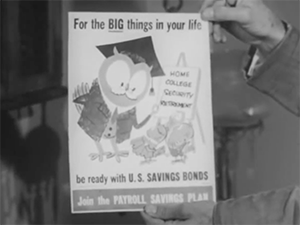 "24 Hours in Tyrant Land" was made to promote savings bonds. It never aired on television, but was instead distributed to schools and churches. You can watch the U.S. Treasury Department production on YouTube.

6. Even after the show was canceled, it ran in primetime for three more years. 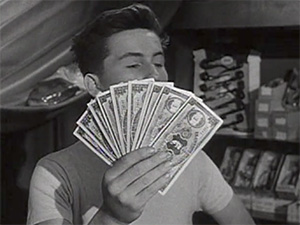 The original run of the series lasted six seasons, until 1960. However, CBS kept it on the schedule, airing reruns of the sitcom at 8PM on Tuesday nights, up against The Rifleman. The show switched nights, to Wednesdays, the next season, and in 1962 jumped networks, as ABC then started airing reruns in primetime, right before The Jetsons. Few, if any shows, have ever survived in primetime after death like this.

7. "Father Knows Best" was on airing on ABC when JFK was shot. 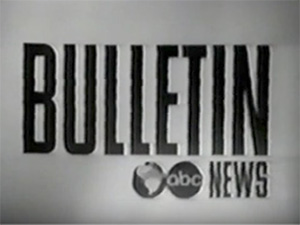 The show continued to live on in reruns, moving to daytime in 1963. On the afternoon of November 22, 1963, much of America, primarily in the Mountain Time Zone, was finishing watching a rerun of the episode "Man About Town" on ABC when news broke in that President Kennedy had been shot. You can see the broadcast here.

8. The show grew more popular as it grew older. 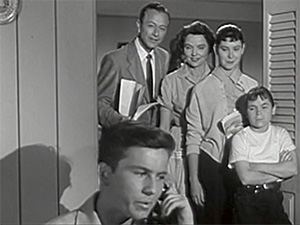 In its first few seasons, the sitcom did not even crack the Top 30 of the Nielsen Ratings. In seasons four, five and six, Father Knows Best slowly climbed up the chart, jumping from No. 25 to the No. 6 show in America in its final season. No wonder it was kept around in reruns.

9. It was canceled twice during its run. 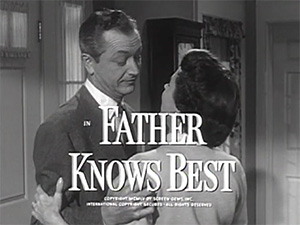 After its debut season on CBS, the network gave it the axe. NBC picked up the series, airing it for three years. Then, in 1958, the Peacock canceled the series. CBS, perhaps regretting its first decision, picked up the show again, running it through 1960. The Odd Couple is another sitcom that suffered a similar fate before growing into a classic.

10. You can spot the Anderson house in other classic sitcoms. 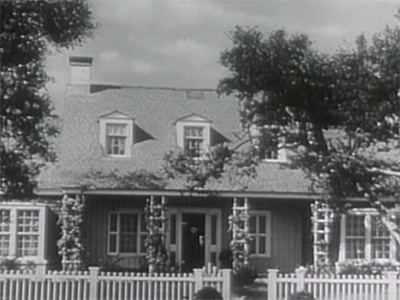 Originally built on the Columbia Pictures backlot in 1941 for the film Blondie, a cinematic adaptation of the popular daily comic strip, the Anderson house was recycled again and again over the years. It was Mr. Wilson's home in the Dennis the Menace TV series. After some remodeling, it turned up as Anthony Nelson's abode in I Dream of Jeannie. The place also pops up in Hazel, Bewitched, The Monkees and The Partridge Family. 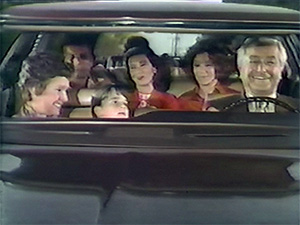 While most of the world was obsessing over Star Wars, this beloved family was getting back together — not once, but twice in TV movies. The original cast slipped back into character for a couple specials on NBC, The Father Knows Best Reunion on May 15, 1977, and Father Knows Best: Home For Christmas on December 18, 1977. Yes, as you can know see, Father Knows Best is the rare property to air on all three major networks. Get Smart can say the same.

12. The kitchen was a real working kitchen, used to cater the production. 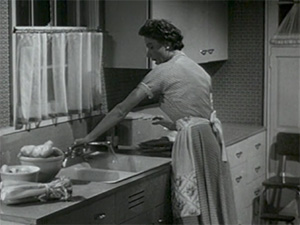 That was more than some pretend range and refrigerator. Every morning coffee and sweet rolls were made and served in the kitchen for the cast and crew. Lunches were kept in the Anderson’s icebox.

13. Four other famous TV dads appeared on the show.

14. One of the Real Housewives of Beverly Hills was part of the Father Knows Best family. 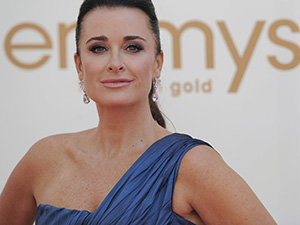 In the two 1977 reunion made-for-TV movies, young Kyle Richards, who millions now know from the The Real Housewives of Beverly Hills, played Ellen, a daughter of Betty, who had grown to become a widowed mother of two girls. 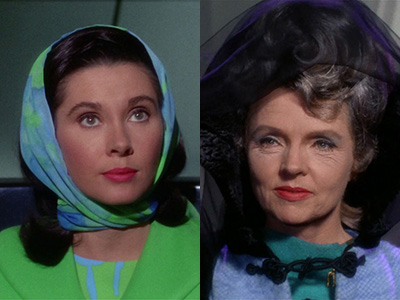 In the season two episode "Metamorphosis," Kirk and Spock escort a sick Federation Ambassador named Nancy Hedford. She was played by Elinor Donahue. The following week, "Journey to Babel" introduced us to Spock's human mother, Amanda. Who better to portray a kind human mother than Jane Wyatt? She would have been quite familiar to viewers as Margaret Anderson.

LibraSun 32 months ago
Careful observation of clues - maps, travel plans, mention of nearby towns and terrain, etc. - throughout the Father Knows Best series reveals that their "Springfield" was in the state of Iowa. Took me years to figure it out, but there you go.
Like Reply Delete