See garage and psychedelic acts like the Seeds, Buffalo Springfield and, er, Opie Taylor rock on your favorite series. 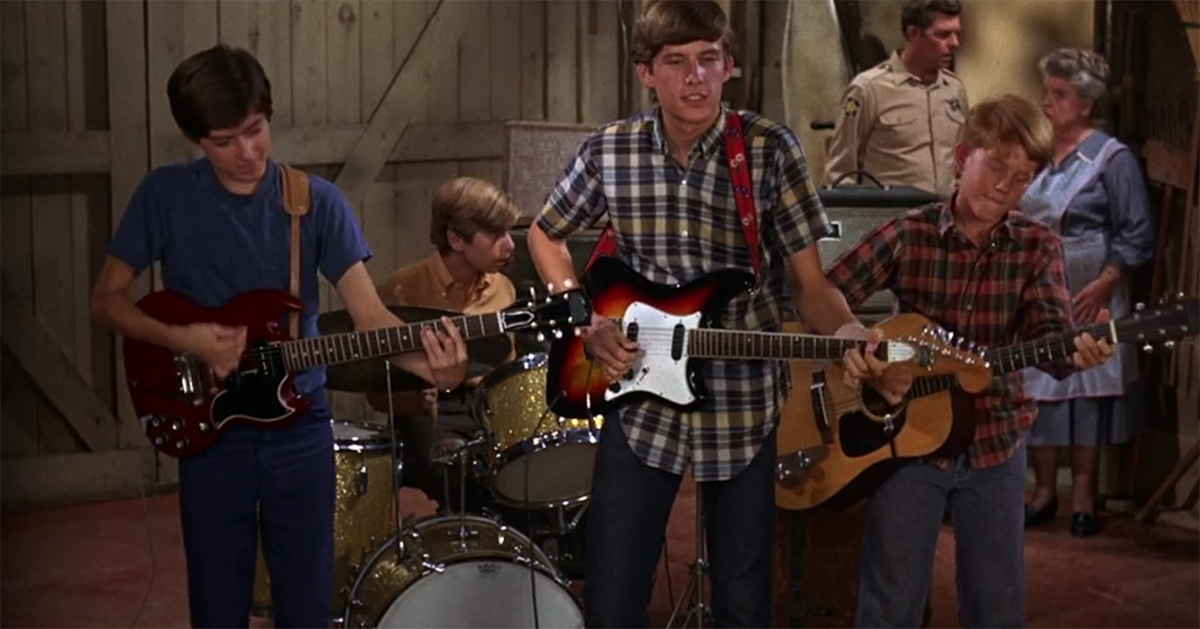 The worlds of pop music and television have always crossed over with each other. The Supremes played nuns on Tarzan. Suzi Quatro played Leather Tuscadero on Happy Days. Vicki Lawrence had a number one hit. The year 1965 was the golden age of pop on TV, with musical showcases such as Hullabaloo, Shindig! and Shivaree filling the network lineups.

But in the heyday of Beatlemania and the British Invasion, rock & roll acts did not need American Bandstand as an excuse to invade your television set. A bunch of garage and psychedelic groups popped up in sitcoms in the 1960s. If a band was based in Los Angeles and hot in the clubs, odds are it was booked on a show like The Beverly Hillbillies. Some were cult acts, some remain obscurities, others scored hits. (A few of them are fictional.)

This is not a complete list, rather a big bunch of our favorite rock & roll band cameos. How many do you remember? 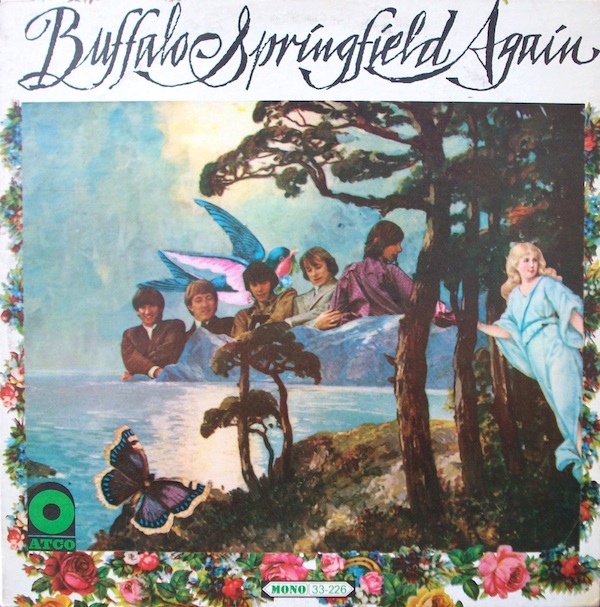 Neil Young does not seem like a likely suspect for a Mannix cameo, but there he is, on the right, ripping through "Bluebird" in the episode "Warning: Live Blueberries!"

2. The Peppermint Trolley Co. on 'The Beverly Hillbillies' 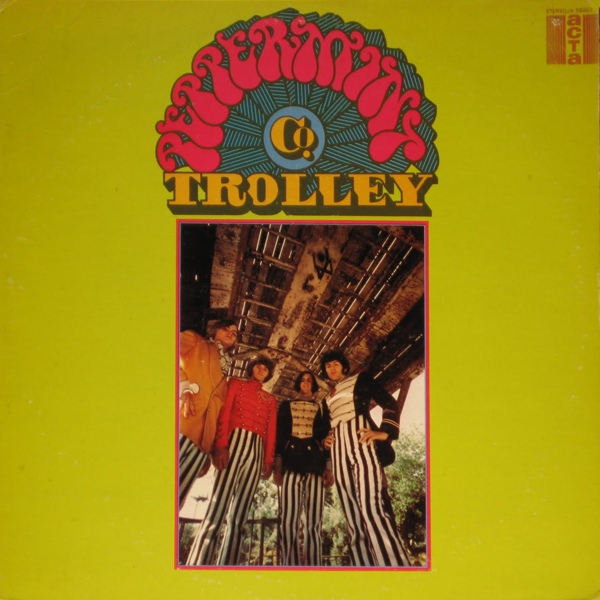 This act with a name perfect for acid-laced bubblegum also appeared on Mannix, as well as on Hillbillies, playing "Robin Hood."

3. Paul Revere & The Raiders on 'Batman' 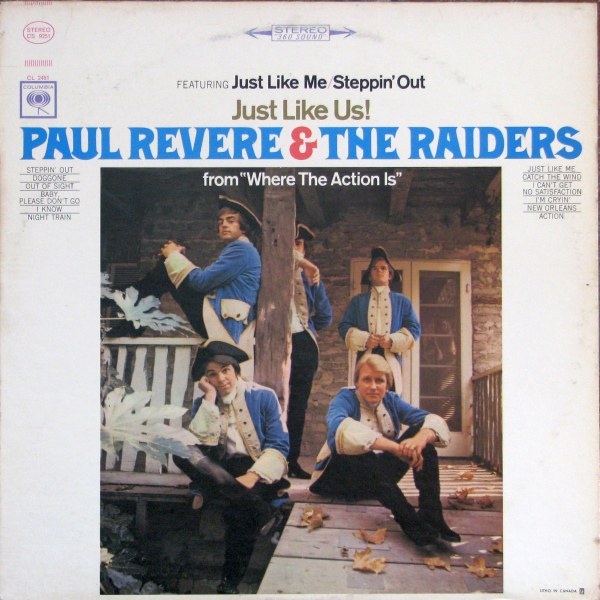 When the Penguin runs for mayor of Gotham in "Hizzoner The Penguin," the beloved Revolutionary rockers tear through "Vote for Penguin" and an instrumental. 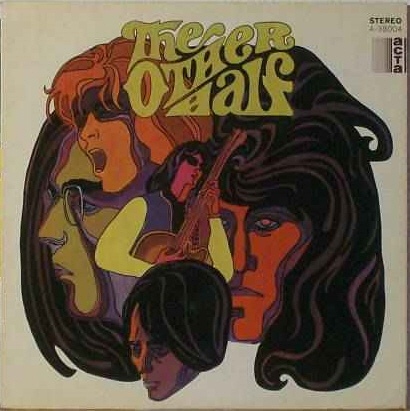 The San Fran psych act plays its "Oz Lee Eaves Drop" on the pilot episode, "Teeth Of The Barracuda." 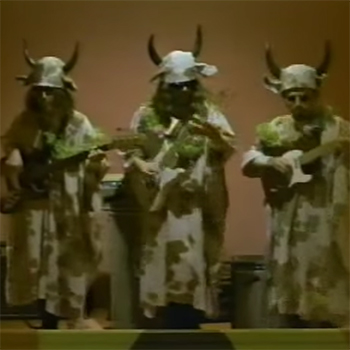 Larry Storch is the titular "Groovy Guru" who introduces Max and 99 to the fictional bovine band. The trio plays "Thrill! Thrill! Thrill!" — or is that "Kill! Kill! Kill!"? 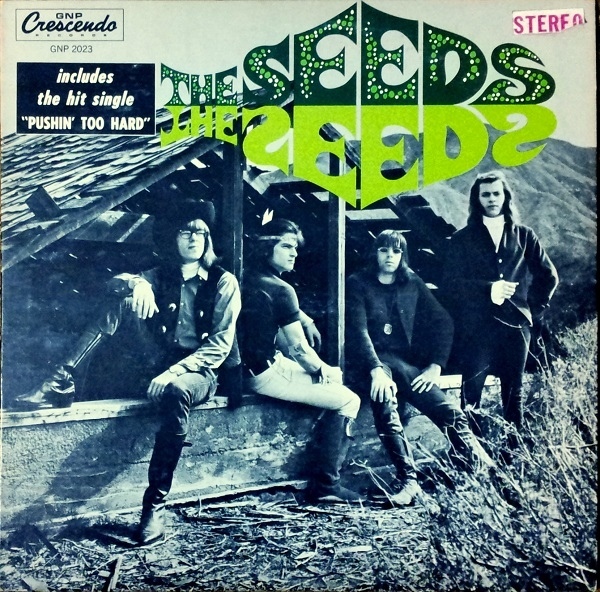 In one of the great rock & roll performances of sitcom history, the influential garage giant storms through its hit "Pushin' too Hard," under the alias of the Warts. Keep an eye out for them in the episode "How Not to Manage a Rock Group."

7. The Sound Committee on 'The Andy Griffith Show' 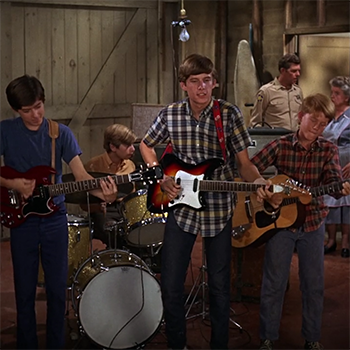 In the final season, Opie proves just how much he's grown up. He joins a garage (barn?) band! With high school boys. Supposedly, Ron Howard had an actual band with these buddies. 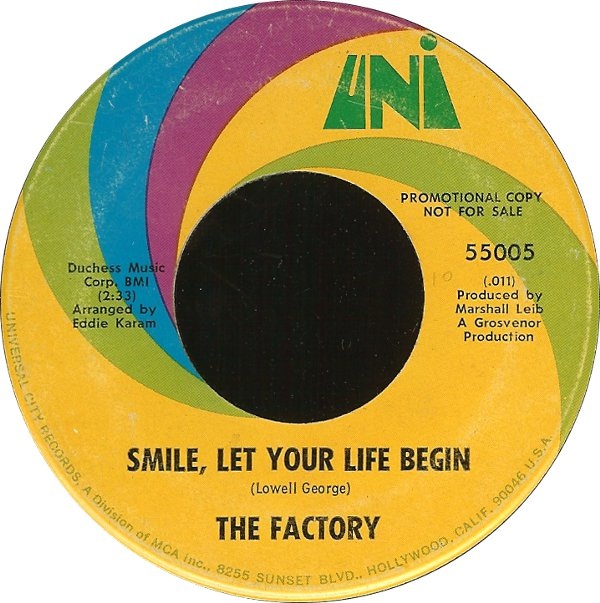 Lowell George of Little Feat brought his earlier act to the 19th century with this comical Beatles parody, the Bedbugs. You can catch them shakin' the wagon in "That's Showbiz."

9. The Standells on 'Ben Casey'

The L.A. garage quartet played an instrumental in a nightclub on the medical drama.

10. The Wellingtons on 'Gilligan's Island' 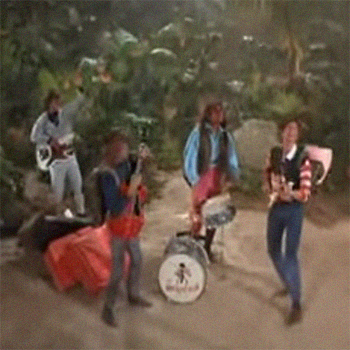 In one of the most memorable rock & roll episodes in television history, the Wellingtons, who performed the theme song, dress up as Beatles parody act the Mosquitoes. They play "Don't Bug Me" and "He's A Loser," but we are quite fond of the girls rival act the Honey Bees and "I Need You." 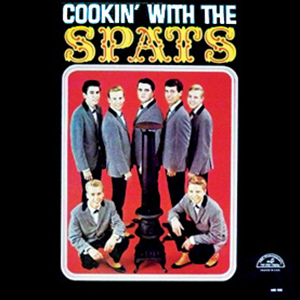 The California act had a minor hit with "She Kissed Me Last Night," a single it performed on this infamous Jerry Van Dyke flop.

12. The Sundowners on 'The Flying Nun' 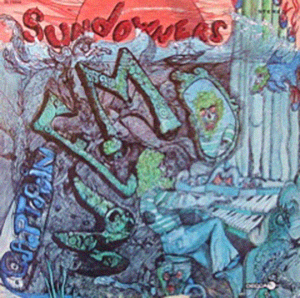 This obscure psychedelic ensemble wows the sisters with its trippy "A Whole New World."

13. The Enemys on 'The Beverly Hillbillies' 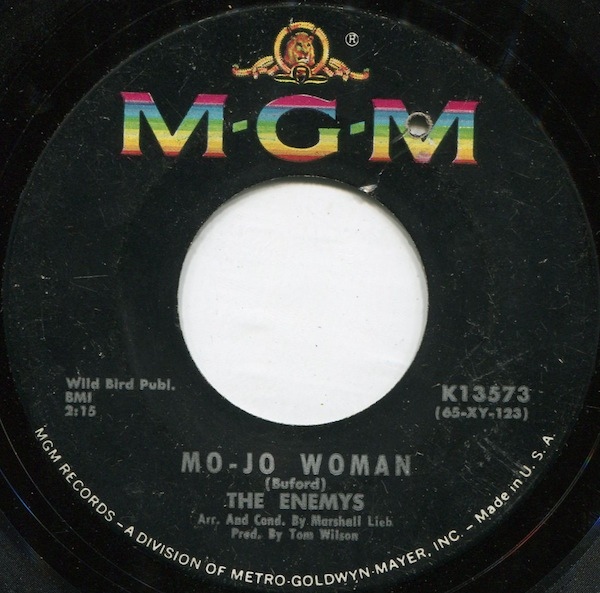 Back to the Hillbillies, and "Hoe Down A-Go-Go," where this Sunset Strip combo rumbles through "Mojo Woman." Nancy Kulp digs 'em.

14. The Castaways on 'Never Too Young' 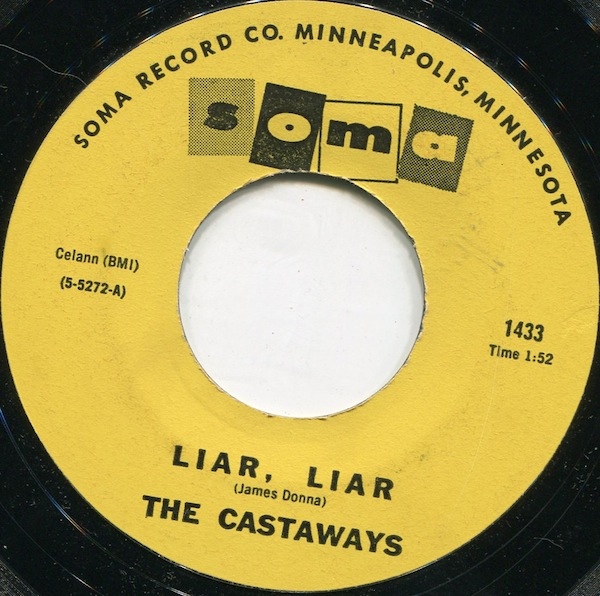 Rock & roll even made it to the daytime, as with this performance of rarity "Liar, Liar" on a soap opera. 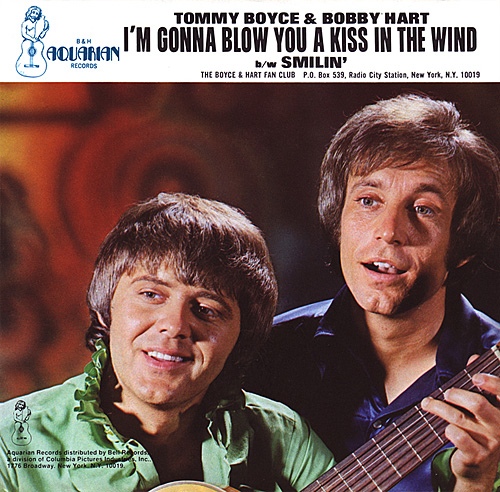 The songwriting duo behind a bunch of Monkees hits took the spotlight at the end of the decade. They perform "I'm Gonna Blow You a Kiss in the Wind"… and so does Elizabeth Montgomery in "Serena Stops the Show." The twosome must like magic, as they were on I Dream of Jeannie, too. 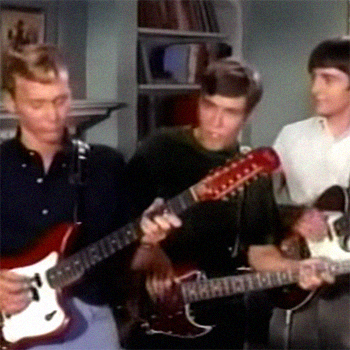 Opie was not the only wholesome lad to go garage. Robbie Douglas (Don Grady) puts together a combo and swings through their original "Good Man To Have Around The House."

17. Roy Orbison on 'The Dukes of Hazzard' 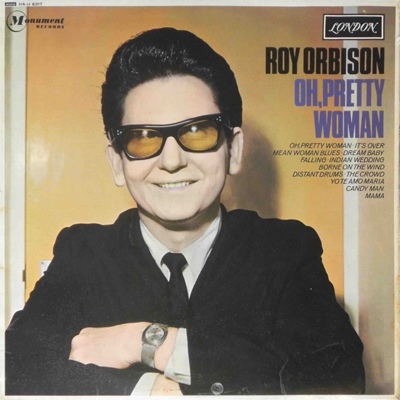 It took years, but the crooner eventually got a chance to sing his 1964 hit "Oh, Pretty Woman" for the good ol' boys.

18. Alice Cooper on 'The Snoop Sisters' 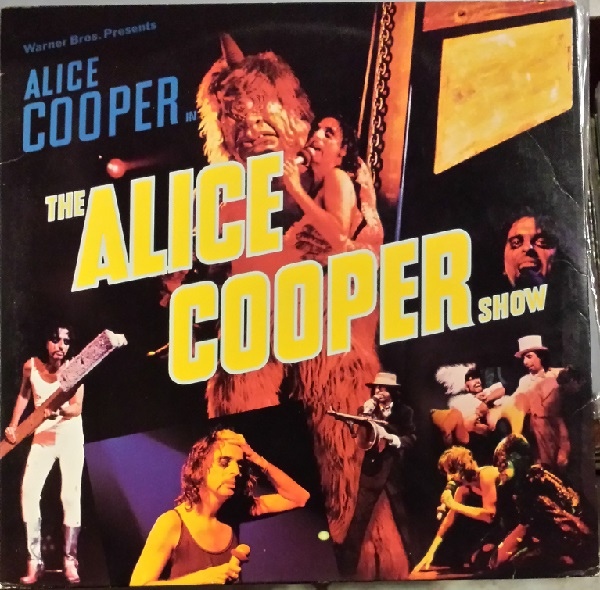 While Alice Cooper (the band) kicked off in the 1960s, Alice Cooper (the frontman) would not blow up until the 1970s. Still, we wanted to include this bizarre performance of "Sick Things" from a series that was essentially the Murder, She Wrote of its time.

AndyK1956 10 months ago
The Standells also made an appearance on The Bing Crosby Show in 1965 episode titled Bugged By The Love Bugs. Spanky & Our Gang appeared on the Robert Morse and E.J. Peaker sitcom That's Life 1968 episode title Happy New Year.
Like Reply Delete

JoelLillo 16 months ago
I remember seeing the Righteous Brothers on Please Don't Eat the Daisies singing "King of the Road" with the cast.
Like (1) Reply Delete

Martin 19 months ago
Boyce and Hart were also on I Dream of Jeannie (along with Phil Spector)
The Standells were also on the Munsters
Chad and Jeremey appeared on Dick Van Dyke, Patty Duke and Batman
Devo were on Square Pegs
Doobie Brothers were on What's Happening
Bob Dylan appeared on Dharma and Greg
Frank Zappa and Tim Buckley appeared on the Monkees

MelissaMauldinWilliams Martin 22 days ago
Chad and Jeremy were also in Laredo. It was great!
Like Reply Delete 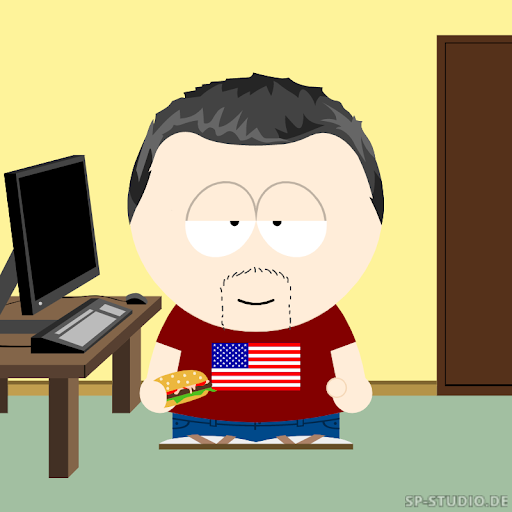 WVR 19 months ago
Herman's Hermits on the Dick Van Dyke Show, "The Redcoats are Coming":
https://www.youtube.com/watch?v=C4lDoUOVZKY

Chad and Jeremy on Batman:
https://www.youtube.com/watch?v=OMCAhzM78V8

ttenchantr WVR 6 months ago
Actually, it was Chad and Jeremy on both shows.
https://en.wikipedia.org/wiki/Chad_%26_Jeremy#Television_work
Like (1) Reply Delete

K DaveJohnson 20 months ago
It's actually 'Neil Diamond on Mannix'. "The Many Deaths of Saint Christopher" October 7, 1967

soulnsea K 12 months ago
NO, that is absolutely Stephen Stills on Mannix singing his hit song "Bluebird" which he wrote while with Buffalo Springfield.
Like Reply Delete

GregV 27 months ago
How did you miss it ? The Standells also made an appearance on The Munsters. Far Out Munsters, season 1 episode 26, March 28 1965.
Like (4) Reply Delete

Gwugluud GregV 1 month ago
Would you believe seeing that and some “drug film” in middle school around 1973 which was made in the 60s like the next day (which had a short clip of a raw sounding garage band with a reverse color keys organ, which I much later finally learned was a Vox) was what got me fascinated with mid 60s rock lol? I quickly found that at that time, being into that was considered “stupid” or “square”! I started going up to older hippies to talk about it, and some guy gave me a Nazz album (the first; their only good album that had raw hard rock and that excruciatingly cool sounding way 60s bands did the Cavern Clubby trashy style of background vocalage) and another hippy gave me “Psychedelic Lollipop” by The Blues Magoos. And they seemed grateful to get rid of them, and looked at me funny for wanting them. I’m telling you, rock fans in the early 70s actually hated mid 60s rock! Others MUST remember this, in case you think I’m lying. I remember in some class, people were talking about rock, and when I mentioned my favorite stuff was like mid 60s Beatles/Stones, and I didn’t like Elton John and Jim Croce very much, everybody turned around in their seats to give me The Stare Of Death! One guy very bitterly stated “You’re living in the PAST”. And the way he said it was like someone saying “You committed MURDER”. You can’t make this up…
Like Reply Delete