5 funny actors who got serious on Adam-12

They’re known for making people smile, but their roles on the classic police procedural are no laughing matter. 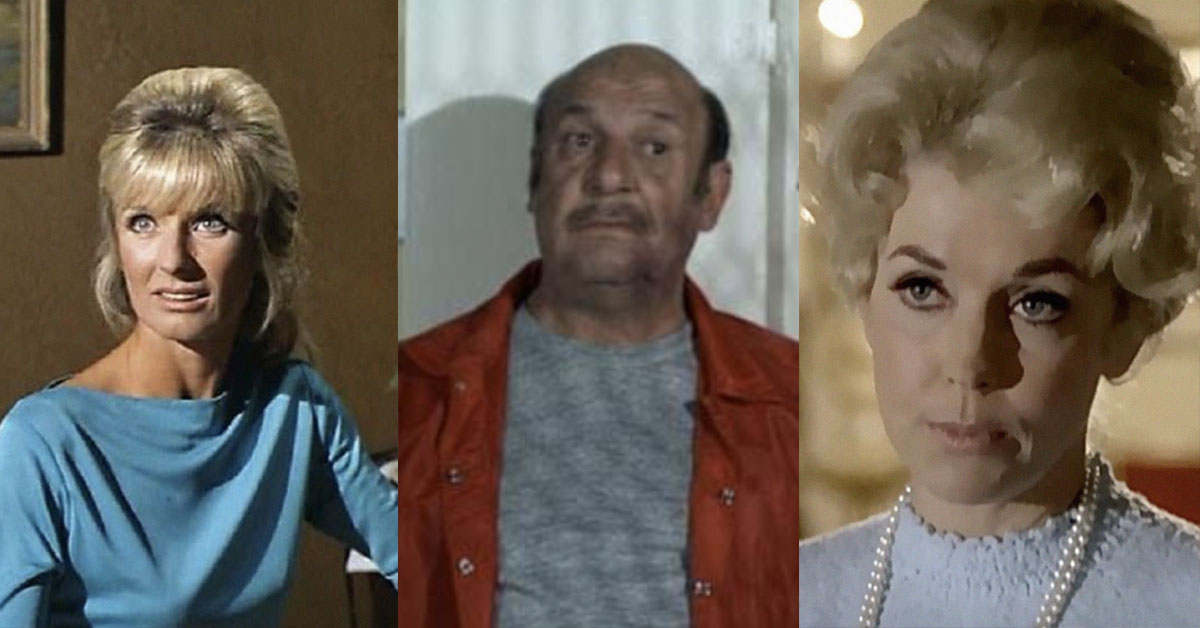 The goal of Adam-12 was to show patrol officers in as realistic a way as possible. That meant a number of dramatic shootouts and chases but also plenty of funny moments. Actors like Pat Buttram from Green Acres and Hal Smith from The Andy Griffith Show played bumbling oafs. The Dick Van Dyke Show’s Rose Marie thought she had a rattle snake in her luggage when it was really just an electric toothbrush.

But sometimes actors who we know for their ability to make us laugh played it totally straight on the classic cop show. Here are five funny performers who were anything but in Adam-12. 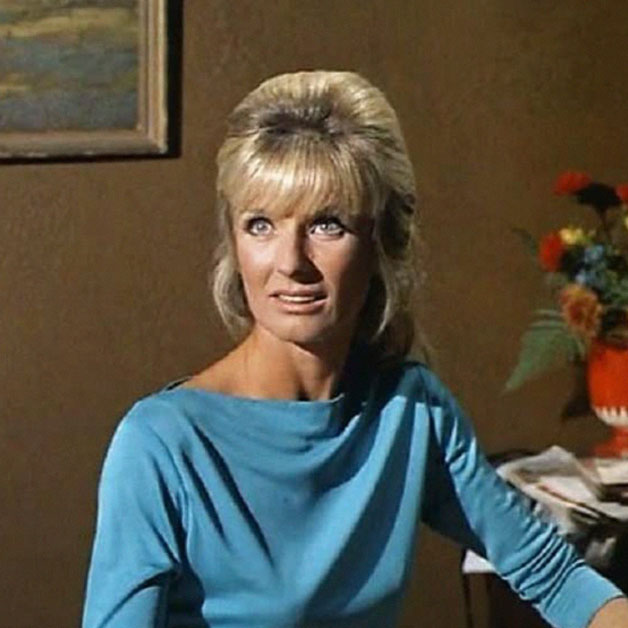 Though she was equally at home in dramas and comedies, screen legend Cloris Leachman will always be remembered for her hilarious portrayal of Phyllis in The Mary Tyler Moore Show followed by her own spinoff. She also played the frighteningly funny Frau Blücher in the classic Mel Brooks film Young Frankestein. A few years before these famous roles, Leachman guest starred on Adam-12 in a part that was about as serious as it gets – a pill-addicted mother who endangers her children. 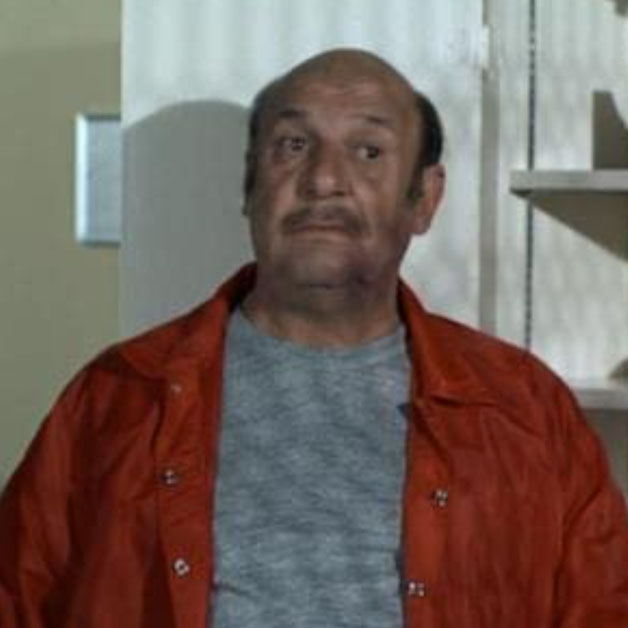 Beloved my millions as kooky Uncle Fester in The Addams Family, Jackie Coogan wore a mustache and a much more serious demeanor as a football trainer in Adam-12. Coogan’s character was attacked by a burglar raiding the team’s medicine cabinet. Though Coogan plays it straight, it’s impossible not to hear a little bit of Uncle Fester in the way Coogan indignantly rebuts Reed and Malloy’s questioning. 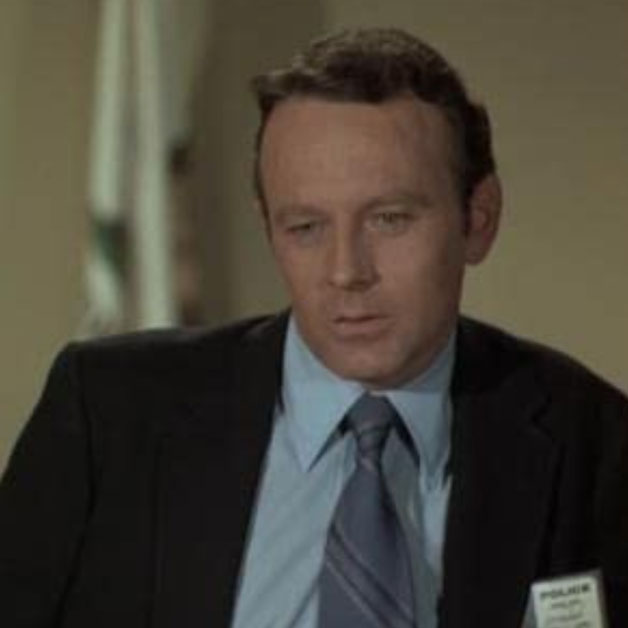 Because Larry Linville’s most famous character, Major Frank Burns in M*A*S*H, took himself so seriously, it’s not hard to imagine the actor in non-comedic roles. But make no mistake, playing the straight man takes the same comedic talent and timing as the one cracking jokes. In Adam-12, Linville plays it straight without any comedic affect as a detective who looks down on beat cops like Reed and Malloy. 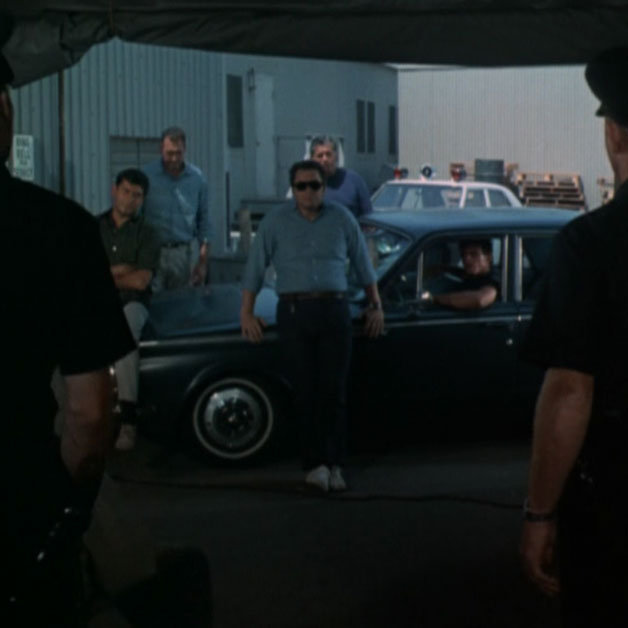 Though he was a TV character actor for decades, Art Metrano is perhaps best known for his hilarious role in the second and third Police Academy movies. He played Mauser, a lieutenant and eventually commandant who fell victim to various pranks pulled by the officers he oversaw. In Adam-12, Metrano played a serious role on the other side of the law as a thug in sunglasses who hates cops because an officer shot his brother. 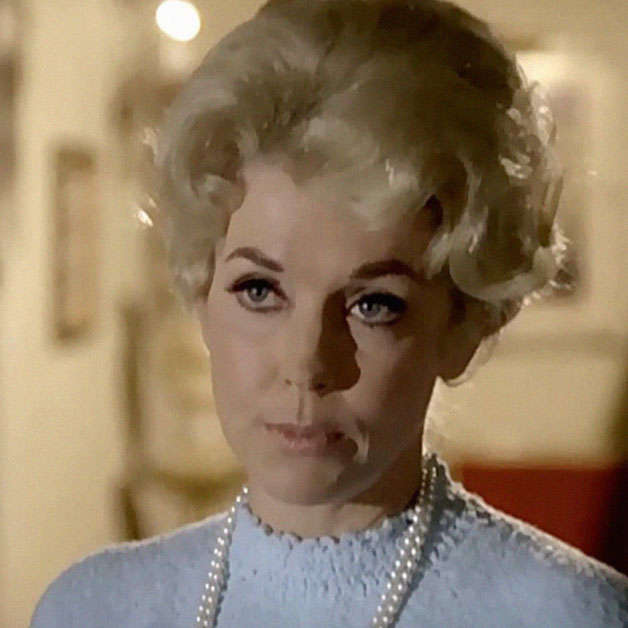 Donna Douglas delighted millions for nine seasons as the sweet and funny Elly May Clampett in The Beverly Hillbillies. Elly had an undeniable southern twang and brought all kinds of furry friends into the Clampett’s mansion. Two years after Hillbillies ended, Douglas appeared in Adam-12 as a woman whose only similarity to Elly May was her large house. Douglas had no hint of an accent and the silliness audiences had been accustomed to was gone as she told Reed and Malloy about a prowler in the neighborhood. 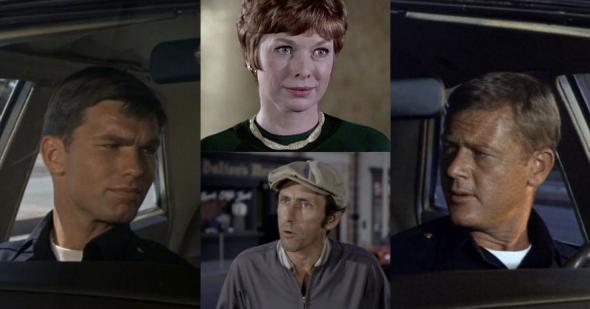 Can you name all these characters in Adam-12? 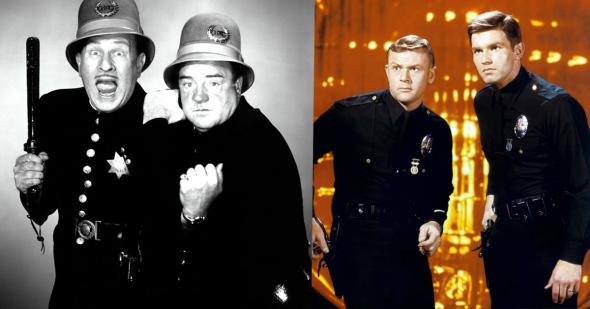 Are these comedy duos or TV crimefighters? 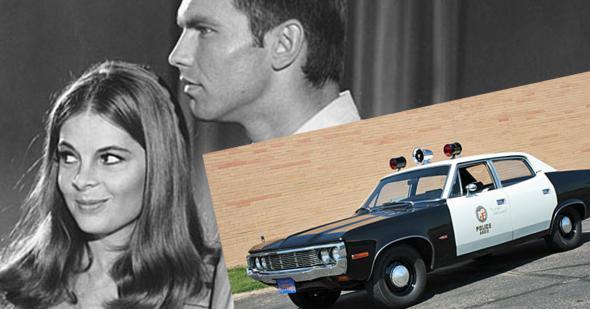 Did you know?
Mikki Jamison secretly became a car mechanic to impress on Adam-12
Are you sure you want to delete this comment?
Close

CuriousGeo 30 days ago
Although not a star, Shaaron Claridge, the RTO’s voice on Adam-12, passed away earlier this year at 82.
Like (1) Reply Delete

RichLorn 1 month ago
For those of you who were all primed to take a quiz, don't despair. I'm here to save the day.

Good luck all you trivia hounds.

MarkSpeck 1 month ago
What about Dick Sargent as one of two neighbors feuding over a boat, a feud that ultimately took a very deadly turn? Or Morey Amsterdam as a character named 'Jerry Mermaid', who'd heard all the jokes about his name?
Like (2) Reply Delete

thegreatgavonne 1 month ago
I thought this was supposed to be a quiz?
Like (1) Reply Delete

top_cat_james_1 1 month ago
Forgot Monkee Micky Dolenz (playing a biker thug of all things) in a 1972 episode, "Dirt Duel"
Like (3) Reply Delete

CoreyC 1 month ago
Donna Douglas was on the classic Twilight Zone episode Eye Of The Beholder.
Like (2) Reply Delete

wanderer2575 CoreyC 1 month ago
Only at the end and she had only one or two lines, but here is a testament to her acting ability: The plan was for Maxine Stuart (who portrayed the character whose face was bandaged and unseen for most of the episode) to dub those lines. But Donna Douglas stayed on set and observed during the filming, and when she did her speaking scene she so accurately imitated Maxine Stuart's voice that her lines were not overdubbed.
Like (3) Reply Delete

Andybandit 1 month ago
I like seeing all the different people on Adam-12, a lot of people got their start on this show. Kent McCord is a good looking guy.
Like (2) Reply Delete

Pacificsun Andybandit 1 month ago
I like it because they played it straight. The situations and the drama of them, spoke for itself. So many didn't have solutions. That was pretty brave of that series to write storylines that way!
Like (1) Reply Delete

OlgaBagley 1 month ago
Art Metrano he played on. Barney Miller before movies
Like Reply Delete

TheDavBow3 1 month ago
Kinda used to seeing Larry in a serious role as a Mannix fan.
Like (2) Reply Delete
Load previous comments

Pacificsun LoveMETV22 1 month ago
I don't know why MeTV figures fans aren't paying attention to the late night "owl" timeslots! Why don't they haul stories like the one you've provided out of the dust bin, and fill-in for the holiday holes (and no, I shouldn't have to recommend the obvious, it's above my pay grade).

I've thought about this. And I think they assume the geriatric "Shatner Sells Medicare" advertising can't stay up that late (2am in my marketplace). We've been stuck with "Teeter's Inversion" invention lately. Hardly a senior's dream.

But I have news for the MeTV crew, is that I discovered classic TV BECAUSE of the overnight hours. Where all the hidden gems in the beginning were stashed. This was the quality programming and wonderful Stars featured in those hour long action/adventure/fantasy series. Because, (here's the secret) they had absolutely no competition during those hours from network TV.

I understand how the niche market has become segmented. But it doesn't mean, by any means, that these TV series gems shouldn't be brought out for a rerun occasionally. It they were, would encourage the sales of boxed sets. Because people would be discovering how great the series (and those like them) are.

Thanks LoveMeTV 22 for helping to make this point. Going into the "Shows" Tab on this site is a great secret!
Like Reply Delete

Pacificsun LoveMETV22 1 month ago
Oh I think they would! Especially the 6pm timeslot on Saturday night as Sci-Fi Saturday gets underway. It was a goldmine timeslot for Wild, Wild West!
Like Reply Delete

Pacificsun LoveMETV22 1 month ago
I lost my place here. So what I wanted to add is, if they reran the wonderful stories about the Shows to viewers who are discovering the schedule, they'd go and look for these shows. And the revenue would become just as valuable. DVRs are a wonderful invention.
Like Reply Delete

LoveMETV22 Pacificsun 1 month ago
Schedule is a keyword or their scheduling strategy. Given they choose block style programming doesn't mean the blocks can't be rearranged. Just a thought.
Like Reply Delete