5 reasons Andy Griffith's flop 'Headmaster' deserved to be a hit

Mayberry fans were not ready for a cutting-edge Andy. 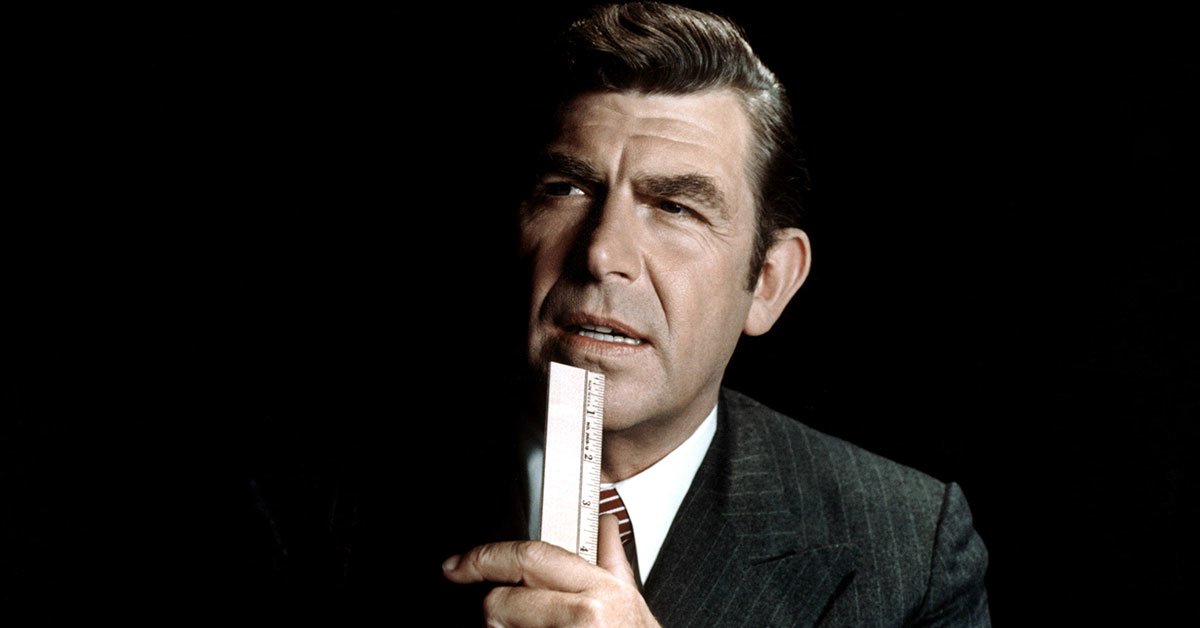 Even legends have their flops. When Andy Griffith ended The Andy Griffith Show in 1968, it was the No. 1 show on television. Mayberry fans might look down on those later color episodes, but that eighth and final season was the only year the sitcom ranked as the most-watched show in America. Following up that cherished franchise was going to be a challenge for the star no matter what. He made it harder on himself by trying something radically different.

In that regard, Headmaster is the Mr. Bad Guy of television.

What is Mr. Bad Guy, you rightly ask? (Heck, you might even be asking what Headmaster is.) In 1985, Freddie Mercury, inarguably one of the greatest rock frontmen of all time, dropped his debut solo album, Mr. Bad Guy. It was a platter full of synthetic pop music. He dedicated it to his cat. Queen fans rejected the glossy discotheque ambitions of Mercury. The record peaked at No. 159 on the charts.

The moral of the story is: Don't alienate your fanbase. Alas, Andy Griffith opted into Headmaster 15 years earlier, before he could learn that lesson. He left behind his Mayberry settings for — gasp! — a private school in Southern California. His character, the titular headmaster of the Concord School, tackled the issues facing the youth of the day. The content was closer to Room 222 than Mayberry R.F.D.

The premiere episode was about a boy (Butch Patrick!) being peer-pressured into doing drugs. The next episode centered around a teacher wearing a miniskirt. The rest of that brief first season featured parent-teacher crises, marital problems, and rebel youth. You can imagine the Aunt Bees in the audience fanning themselves and nearly fainting.

After 14 episodes, Headmaster was drastically retooled and transformed into The New Andy Griffith Show — which was set back in idyllic North Carolina.

Headmaster had its merits. Despite Griffith deeming it "a very bad show." He was probably just sore from getting drubbed by The Partridge Family in the ratings. Here are some reasons Griffith's first bold step away from Mayberry deserved more of a chance.

1. It featured the first reunion of Ronny Howard and Andy Griffith. 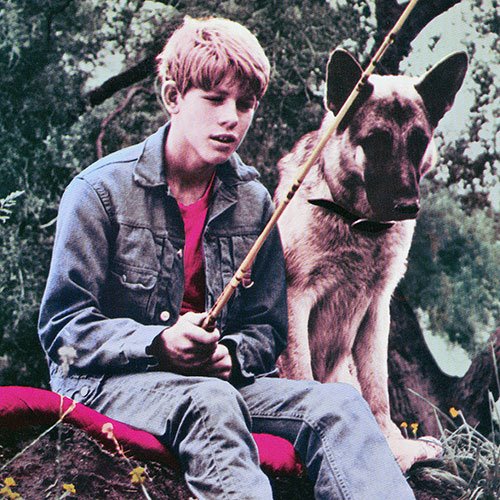 Ronny Howard (pictured here in the Disney TV movie Smoke that same year) was still a mere 16 years old in 1970. Following the end of The Andy Griffith Show, he made an appearance on his brother Clint's series, Gentle Ben. Then, he teamed up with his ol' TV pa, Andy, on Headmaster in the episode "Will the Real Mother of Tony Landis Please Stand Up?" Howard played an incorrigible youth needing straightening out. While this was the biggest Mayberry reunion on Headmaster, it was not the only one. Olan Soule, who played Mayberry's choral director on The Andy Griffith Show, popped up in the episode "Bach Rock" as the school's music teacher. 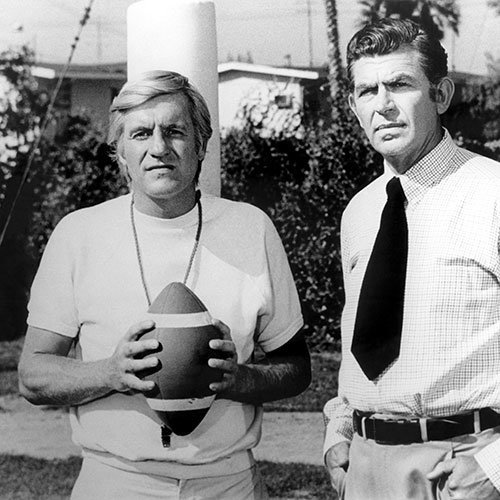 Claudette Nevins costarred as the headmaster's wife. Rounding out the cast was Jerry Van Dyke, no stranger to working with Griffith. Remember, he had played a potential Barney Fife replacement in "Banjo-Playing Deputy." Headmaster cast Van Dyke as the lovable-loser football coach. Sound familiar? His Coach Jerry Brownell was basically a dry run for Luther Van Dam, his character on Coach. That sitcom ran for a decade, so clearly there was potential for more sports humor here. 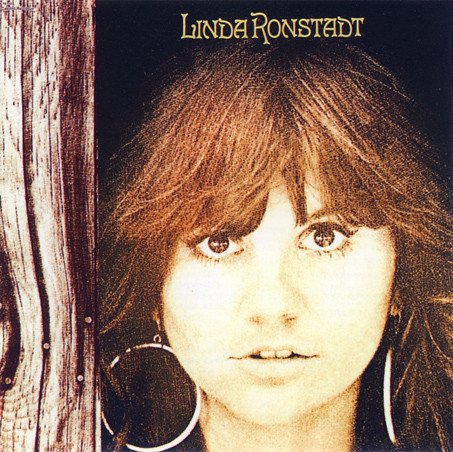 The iconic singer was just getting her career started in 1970. She had recently scored her first hit (and first Grammy nomination) with "Long, Long Time," when CBS roped her in to sing "Only a Man," the theme song to Headmaster. It was perhaps the folkiest thing about the show. Listen to it here. She would go on to win a dozen more Grammys and many more nominations.

4. It featured the screen debut of Mark Hamill. 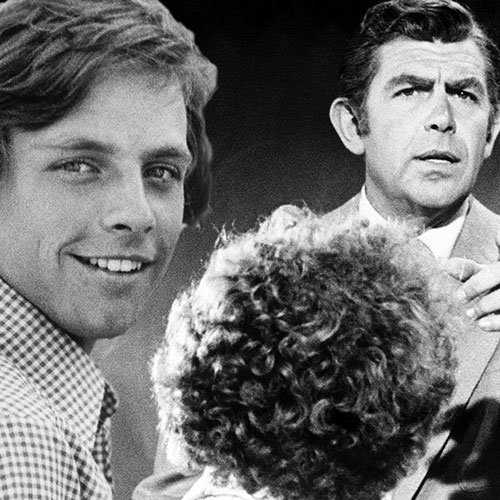 In one episode called "The Experiment," headmaster Andy Thompson sends a group of teens into the woods to "start a society" as a social studies exercise. One of those kids is "Allan," portrayed by Hamill, a drama major from Los Angeles City College. Luke Skywalker met Sheriff Andy Taylor and there is not a single image to show for it. Good luck finding a scrap of this episode.

5. There was no laugh track. 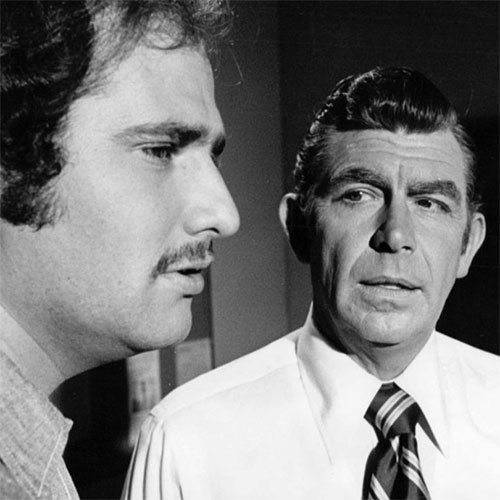 Headmaster took a bold chance by eschewing a laugh track. Certainly, it was a more dramatic series, but it still featured Jerry Van Dyke and Andy Griffith. Even M*A*S*H, the king of dramedies, relied on a laugh track. The use of laugh tracks would eventually fall out of favor in Hollywood. Headmaster was years ahead of the curve.

He may be best known as the Sheriff of Mayberry and Matlock, but the actor portrayed a fantastic villain, too. READ MORE 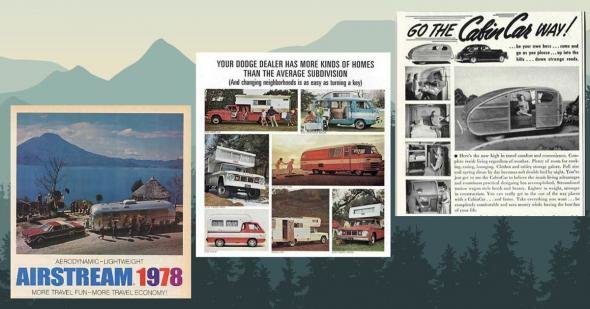 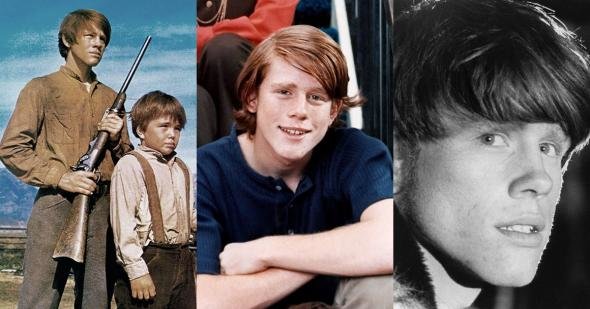 Did you know?1970sOpie
3 forgotten starring roles Ron Howard had been the Andy Griffith Show and Happy Days

F5Twitster 30 months ago
"Headmaster took a bold chance by eschewing a laugh track. Certainly, it was a more dramatic series, but it still featured Jerry Van Dyke and Andy Griffith. Even M*A*S*H, the king of dramedies, relied on a laugh track."

"M*A*S*H" didn't "rely" on a laugh track -- the show's producers hated it, and unsuccessfully fought CBS to drop it (they were allowed to eliminate the laught track for a few fully dramatic episodes, most notably the great "The Interview").

To the credit of 20th Century-Fox Home Video, the DVDs of the series feature an alternative audio channel with no laugh track, so that viewers have the option of watching the show as the producers intended.
Like Reply Delete

WKeithSharp 30 months ago
I been saying for years MeTv or others should do Lost Gems. Maybe play off of Screen Gems productions. Lol. So many forgotten shows like Griffith's Headmaster, Salvage One , etc. What about Boone's post Palladin show Hec Ramsey ! Or Charles Bronson's Man with a Camera. And on the road biker cult fave, Along Came Bronson. The list goes on. Showcase these GEMS.

harlow1313 WKeithSharp 30 months ago
While it would be interesting, I don't think it would bring the viewership to support such a thing. MeTV is ultimately a business.

Of course, perhaps I am wrong and it would draw the viewers.
Like Reply Delete

Tim harlow1313 28 months ago
They could do them as a weekend binge ala Decades.
Like Reply Delete

Randall 30 months ago
Talking about taking risks right around that timeframe Andy guested on Hawaii 50 as a con-man with wife and young child in tow it was almost as if Andy was reveling against his apple pie image one of his best performances!!!
Like Reply Delete

MichaelSkaggs 30 months ago
I watched it. No. No, it didn't deserve to be a hit.
Like (4) Reply Delete

Pacificsun MichaelSkaggs 30 months ago
When will they learn? 😉 Few break their stereotype.
Like Reply Delete

Pacificsun 30 months ago
THOSE are the kind of shows we should be seeing on MeTV in a designated time slot (maybe over night sunday)! We have such a special appreciation for these actors (an innovators) now, they should continue to be honored. I wish there was a space and time to show these kinds of historical shows!
Like (5) Reply Delete

Barry22 Pacificsun 30 months ago
I agree. Sunday Night would be a good day to show a block of forgotten shows. Cannot be any worse than that insipid Love Boat and yet another hour of MASH.
Like (4) Reply Delete

MichaelSkaggs Barry22 30 months ago
Another good idea would be "Before They Were Famous", where you would have the shows Lauren Graham, Jennifer Garner, Jack Lord, ect., before they hit the big time. Yet another good idea would be to air mini-series and two part tv movies from the 1970s and 1980s. (One of the good things about two parters is that they show just enough of Part One at the beginning of Part Two so that you really feel you didn't miss anything from Part One.
Like Reply Delete

Stoney Pacificsun 30 months ago
Agree completely, and it shouldn't be too hard to get the rights to shows in the category, since nobody else has aired them for so long.
Like Reply Delete

Wiseguy Stoney 30 months ago
They have to be available in the first place. And viewers would expect them to be restored and possibly in HD also. That costs money.
Like Reply Delete

Pacificsun Wiseguy 30 months ago
Under the etc. et cetera. category (once again) people forget that the shows MeTV runs are "products" and not a film archive service. (Though we wish it might be 😉). Meaning that MeTV sells the "product" (show) during which a sponsor wants to buy time! Most viewers (unless part of this comment platform) aren't even aware of some of the more obscure (non-syndicated) shows. While interesting to us, MeTV would have to promo the time slot in a specific way, probably highlight the shows, and try to attract viewers for non-recurring episodes of "whatever." That would take more time and labor on their part with no guaranteed return.
Like (1) Reply Delete

RickSon MichaelSkaggs 30 months ago
would love to see Stoney Burke!
Like Reply Delete

Lantern 30 months ago
In photo #5, is that Rob Reiner with Andy?
Like (1) Reply Delete

MrsPhilHarris Lantern 30 months ago
I wondered that too.
Like Reply Delete

cperrynaples MrsPhilHarris 30 months ago
It is! It was his last role before All In The Family!
Like (1) Reply Delete 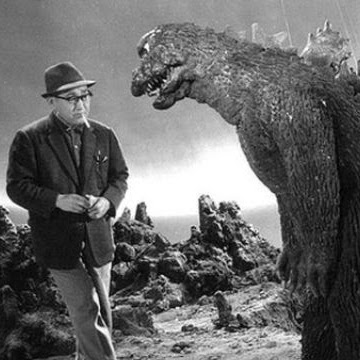 Doom Lantern 30 months ago
At first I thought it was Gabe Kaplan with a thinner mustache.
Like Reply Delete

Wiseguy OldTVfanatic 30 months ago
No, it's Rob Reiner.
Like Reply Delete

ETristanBooth cperrynaples 30 months ago
And he was also on a color episode of TAGS.
Like Reply Delete

davidknol 30 months ago
He was the real deal.
Blessed for his entertainment.
Like (1) Reply Delete

hermanstein2015 30 months ago
I have to find a way to see this show!!
Like Reply Delete
Load previous comments

Pacificsun cperrynaples 30 months ago
Just to confirm what the article above has already explained, here's the quote from Wikipedia (interesting):

"Viewing this series now is a rarity, despite the big name lead. It is not on YouTube, has had no DVD release, did not show up in syndication, and seldom is available with private collectors. One episode, "One for the Gipper," is archived in the collection at the Paley Center for Media."

cperrynaples Pacificsun 30 months ago
I read that item! Apparantly CBS didn't save any episodes and the few copies of NAGS came from delayed broadcasts recorded by local stations! However, you would have thought that Griffith would have saved material in the manner that Lucy & Gleason did!
Like (1) Reply Delete

Wiseguy cperrynaples 30 months ago
What did Lucy save?
Like Reply Delete

Wiseguy cperrynaples 30 months ago
From what I understand a lot of music was lost at the Universal fire (they won't admit what), but all TV that was lost were just copies. They still have the original film/negatives.
Like Reply Delete