Bugs is just as funny online as he is on film. 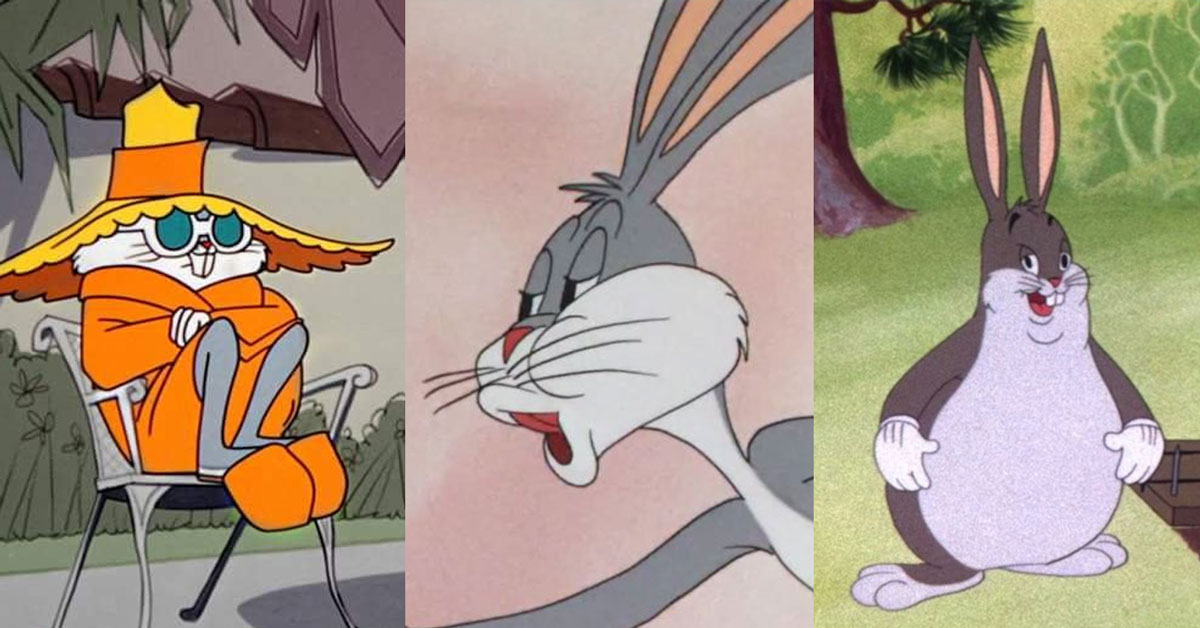 Looney Tunes shorts were usually edgier and wackier than many of the other cartoons released around the same time. It's no wonder that the hilarious art from these classics is being rediscovered — and remixed — for the internet.

Memes, like many internet trends, are hard to pin down and define in exact terms. They can be videos, graphics, even dance moves. Usually, they consist of an image with a funny caption.

Here are six popular memes that use Bugs Bunny as the subject. We see them often on social media. Most are taken from original cartoons but used in funny new ways. 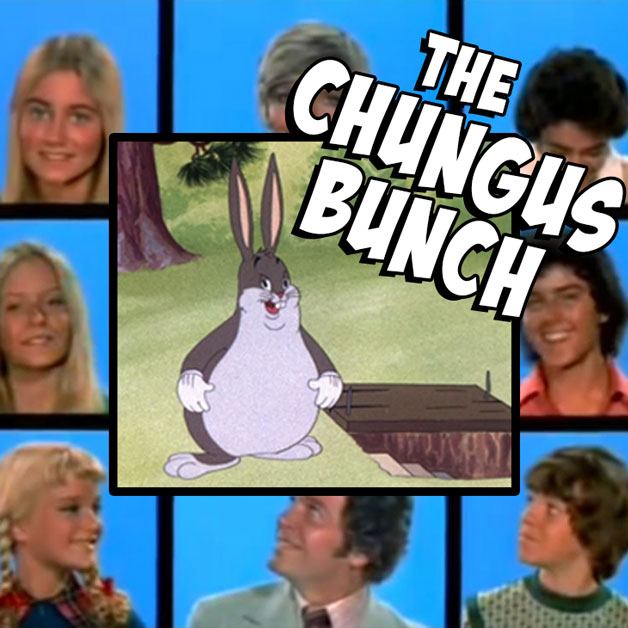 Chances are when Robert Clampett made the 1941 Bugs Bunny short "Wabbit Trouble," he didn’t anticipate one quick joke becoming the internet phenomenon known as "Big Chungus" eight decades later. The cartoon features an earlier, and, well, stockier version of Elmer Fudd. Bugs mimics Elmer's look for all of two seconds, but long enough for someone to take a screenshot, slap a funny name on it, and watch the internet do its thing. "Chungus" has turned up in everything from fake movie posters to songs and is even his own character in the video game Looney Tunes World of Mayhem. 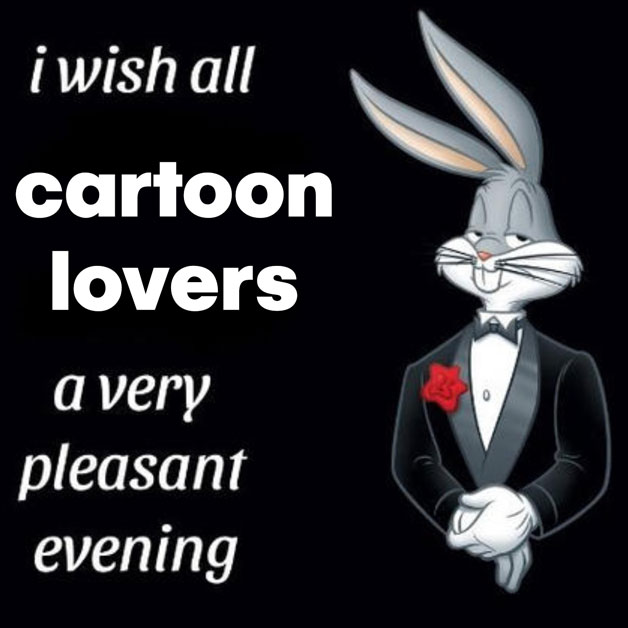 This meme uses a relatively simple layout to great effect. It features Bugs dressed in a tuxedo as if he is hosting a classy cartoon dinner party. The fill-in-the-blank format starts with "I wish all…" at the top and "a very pleasant…" at the bottom. People fill in the blanks. Users on Tumblr, Twitter and Instagram have filled in the space with jokes like "people who use their turn signals." 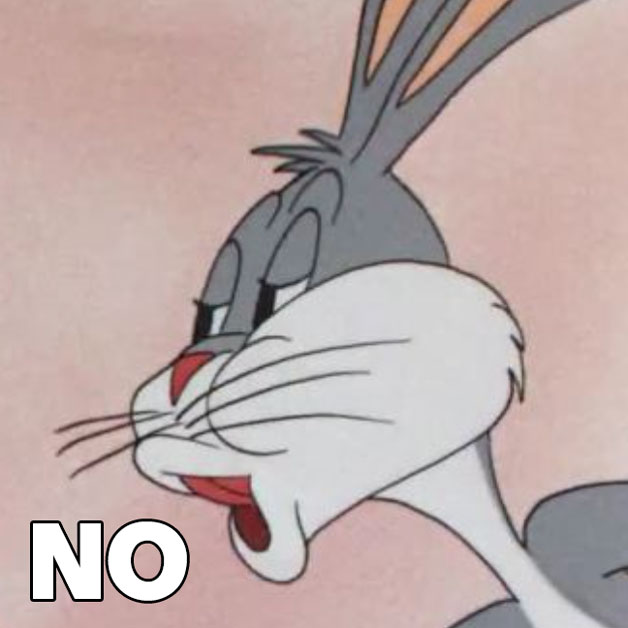 In the classic cartoon "The Big Snooze," Bugs drinks a tonic while falling, which stops him midair. It's a quick moment but a meme only needs one unique frame to become popular. In this case, it's the shape of Bugs' mouth right before he drinks, which looks like he’s saying an exaggerated and emphatic, "No." The image is cropped to just his face and flipped 90 degrees (in the original cartoon he's facing upwards). 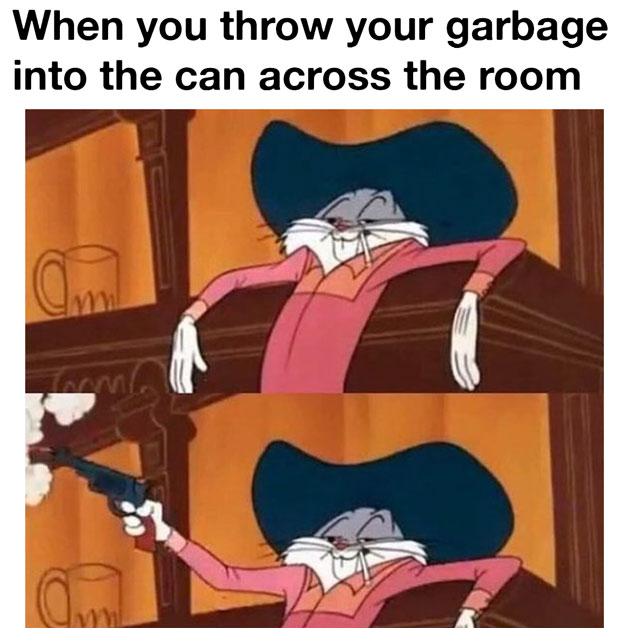 In this case, the meaning of the meme is actually related to the image it uses. In "Wild and Woolly Hare," Bugs shows off his shooting skills against Yosemite Sam. While still leaning casually against the bar, Bugs fires a shot that ricochets around before parting Sam's hair perfectly down the middle. Similarly, the meme is used to express a feeling of accomplishment while remaining cool and calm. Sometimes it can be ironic, like when someone is trying to be cool but is actually very worked up about something. 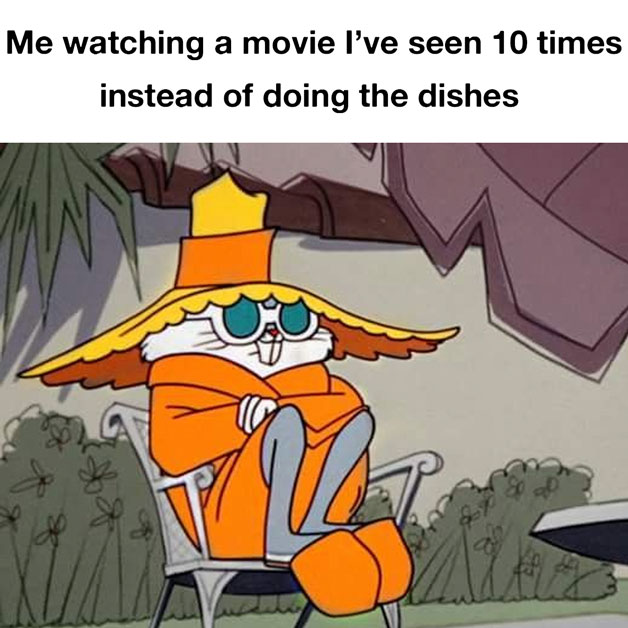 In the 1961 cartoon "The Abominable Snow Rabbit," Bugs and Daffy think they're going to Palm Springs but end up in the Arctic and have to contend with the Abominable Snowman. In the end, all three make it to their sunny destination where Bugs relaxes in a large hat, sunglasses, and comfy robe. The image is mostly used to describe the mood of someone waiting for something to happen or procrastinating on something they don't want to do. 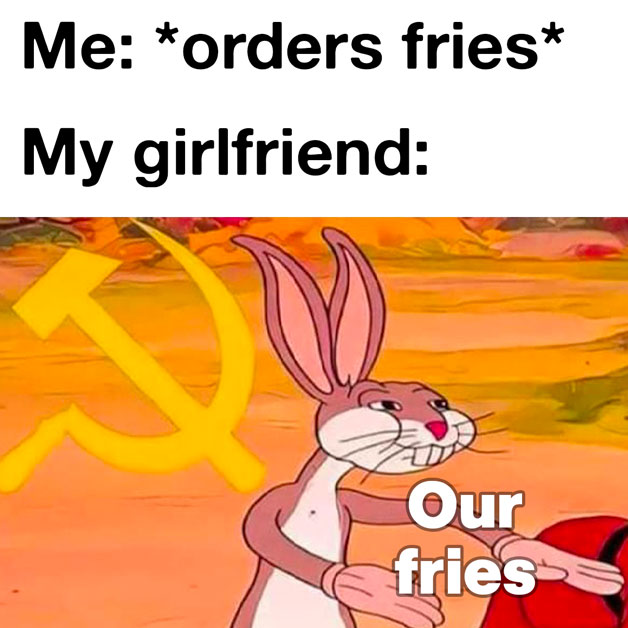 Like Chungus, this meme takes a frame from a classic Bugs cartoon and remixes it for a completely different context. In this case, the shot is from "A Wild Hare." The concept of the meme is to joke about how people tend to co-opt things for themselves, reinforced by the overlay of the Soviet communist flag and the text "ours." Like if you open a bag of chips, anyone in the room thinks "our chips" and wants to have some. 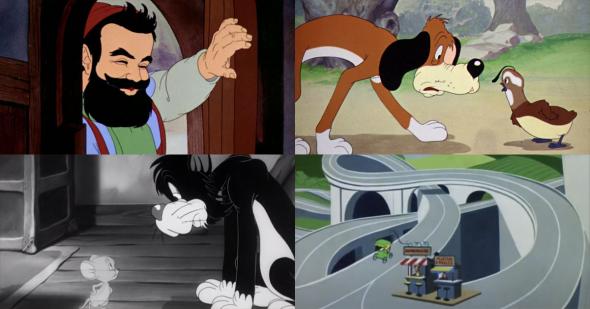 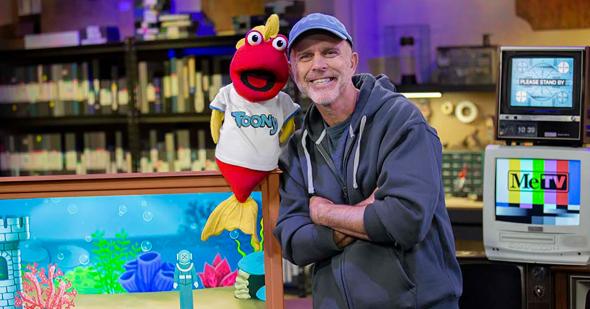 Cartoons
How June Foray ended up voicing two different cartoon characters named Witch Hazel
Are you sure you want to delete this comment?
Close

trishamariekeigley 21 months ago
Why did Bugs Bunny movies

Michael 21 months ago
I can remember when people used the internet to talk about things they liked, often making serious commentary.

Or use a frame grab that someone else originated. "I have nothing to say, but I can still participate" .

It's been 45 years since there were first home computers. There's never been a time since April 1979 that I've not had a computer.

Why are we letting the kids define the internet, and letting them live an incredibly shallow life?
Like (2) Reply Delete

justjeff 21 months ago
Not really a fan of memes... but here's an interesting sidebar: The "heavier" Elmer Fudd was a try at making Elmer look more like the man who voiced him... that late Arthur Q. Bryan...
Like (2) Reply Delete

madvincent justjeff 21 months ago
I can’t even say it “memes”
I thought they were the smiley faces 😬........but what do I know
Like Reply Delete

MrsPhilHarris 21 months ago
Love the poolside Bugs.
Like (2) Reply Delete

Peter_Falk_Fan MrsPhilHarris 21 months ago
I like that one, too. I'm more of the Casual Shot Bugs since I love playing basketball. Need to have a meme for when I miss.
Like (1) Reply Delete