8 arresting facts about Hal Smith of The Andy Griffith Show

He was the Pancake Man, Santa Claus and an inspiration for Scotty on Star Trek. 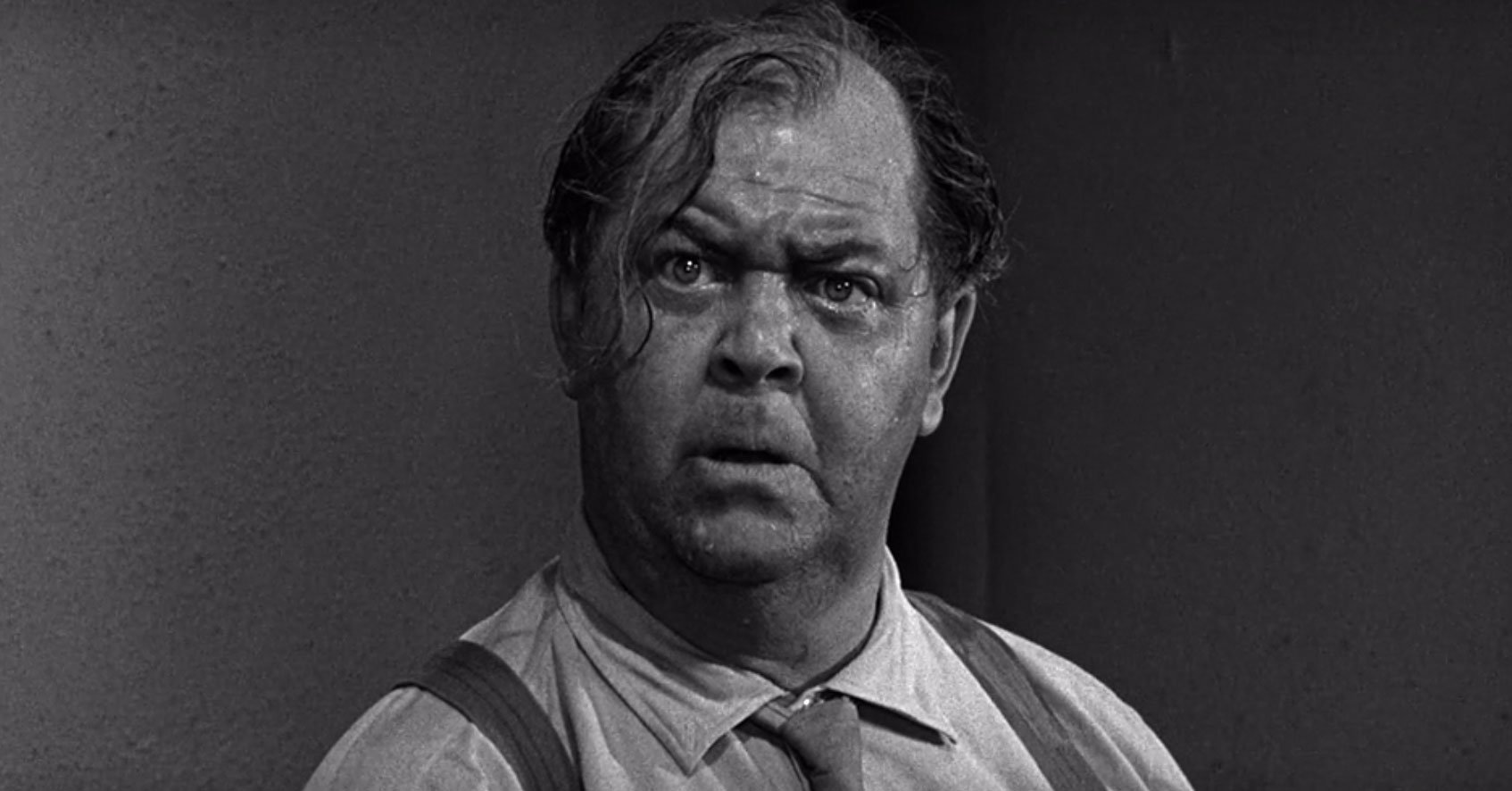 Otis Campbell appeared in more episodes of The Andy Griffith Show than Gomer Pyle. He may have been the town drunk of Mayberry, but give the character his due respect. He delivered a lot of laughs.

Hal Smith was brilliant as the typically inebriated — and typically incarcerated — fellow. But Otis was also one of the few recurring characters on the show who was married, oddly enough.

Smith passed away 25 years ago. To celebrate this many of many talents — and voices — let's dig into his career.

1. He began his showbiz career as a singer. 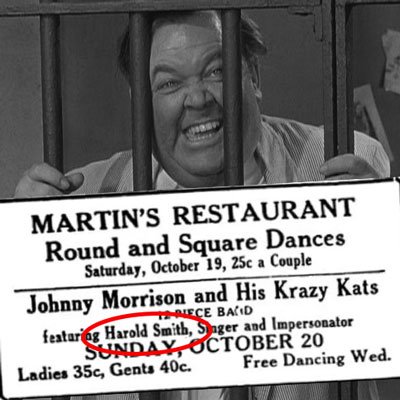 Smith grew up in Massena, New York, way up on the St. Lawrence River and the Canadian border. While in high school in the 1930s, Smith got his name in the local papers as a singer. The teenage "Harold Smith" joined a group called Johnny Morrison & His Krazy Kats, crooning tunes and doing impressions. One of his signature numbers was "The Prisoner’s Song," for which he would come out on the stage dressed as a prisoner. Talk about foreshadowing! Three decades later, he would spend plenty of time behind bars on The Andy Griffith Show.

2. One of his first big TV roles was "The Pancake Man"

After working as a DJ at WIBX in Upstate New York and serving in the United States Army Special Services during World War II, Smith made the move out West to Los Angeles. There, he landed a job as "The Pancake Man," hosting a children's show sponsored by the International House of Pancakes restaurant chain (later simply known as IHOP). The Brady Bunch episode "The Winner" would pay tribute to this part of Smith's history, casting him as a similar kids' TV host named the Kartoon King.

3. He was Santa Claus for both the Bradys and the Flintstones.

Speaking of The Brady Bunch, did you know Smith portrayed another child favorite on the sitcom? He was Santa Claus, too! Cindy sits on his lap in "The Voice of Christmas." Outside of Otis Campbell, Smith's most recurring character on television was undoubtedly Ol' Saint Nick himself. Smith played Santa more than a dozen times, in both live-action (The Apartment, The Miracle of the White Reindeer) and animated (Casper's First Christmas, Yogi's First Christmas, etc.) productions. He was even Bedrock's own Santa Claus, voicing the character in The Flintstones series ("Christmas Flintstone") and the 1977 special A Flintstone Christmas.

4. Scotty on Star Trek was inspired by one of his characters. 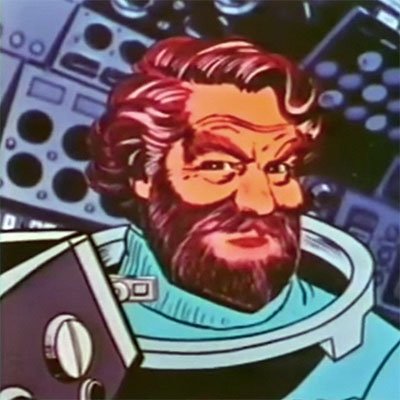 See if this character sounds familiar: a Scottish spaceship engineer with a heavy accent. Sorry, Montgomery Scott, you were not the first. The 1962–64 series Space Angel, one of those primitive "moving human lips" cartoons from the creators of Clutch Cargo, featured a character named Taurus, a space engineer with a thick Scottish accent. Some believe that Gene Roddenberry took inspiration from Taurus and modeled Scotty after the character — who was voiced by Hal Smith!

5. He was the voice of Goofy, Elmer Fudd and dozens of other cartoon characters. 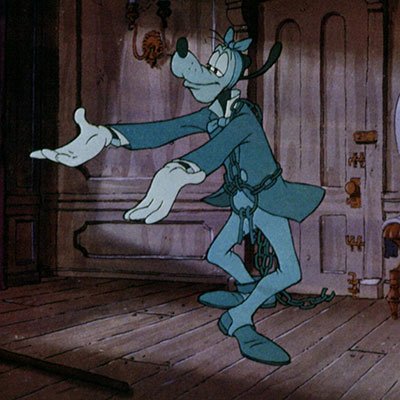 Smith truly was the "Kartoon King," and not just on The Brady Bunch. The actor voiced countless cartoon characters for just about every major animation house, from Disney to Hanna-Barbera. He is perhaps best known as the voice of Owl in the original Disney Winnie the Pooh features. The man of many voices was also an ace substitute. He took over the role of Goofy after the original voice Pinto Colvig died. (Smith memorably voiced the dog in Mickey's Christmas Carol.) He also took over as Elmer Fudd after Arthur Q. Bryan passed away. Elsewhere, he voiced everyone from Goliath in Davey and Goliath to Flintheart Glomgold and Gyro Gearloose in DuckTales. 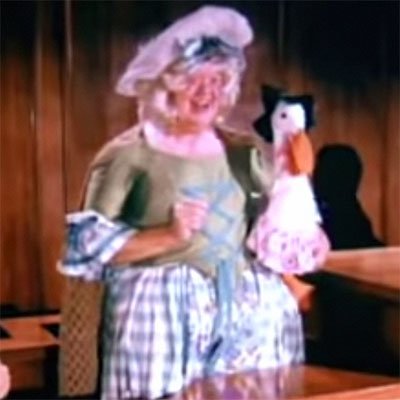 In a role as far from Mayberry as you can get, Smith turned up in a 1976 pornographic film titled Once Upon A Girl, an X-rated spoof of classic fairy tales. Most of blue elements were animated, but Smith appeared in live-action segments as Mother Goose — on the witness stand in court.

7. He played a character named Otis on Fantasy Island. 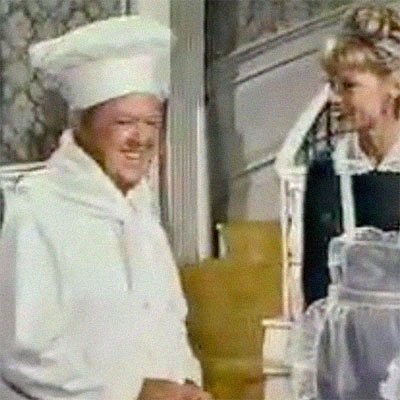 The Fantasy Island episode "Thank God, I'm a Country Girl" is most notable for starring Loretta Lynn. It was her only acting role on a live-action TV series. But the episode also featured an appearance by Hal Smith, and paid tribute to his career in two subtle ways. For starters, his character was named Otis. Secondly, he wore a chef's outfit much like that of the Pancake Man.

8. He played Otis Campbell in a Nineties music video. 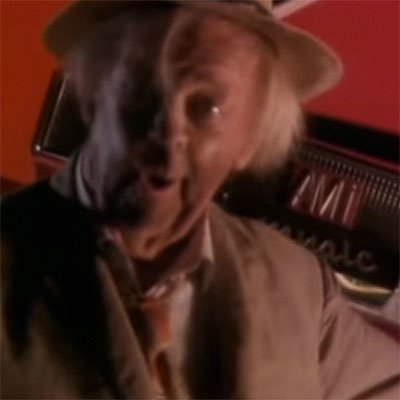 Smith slipped back into his Otis threads for a cameo in the 1991 Alan Jackson video "Don't Rock the Jukebox." This came five years after the Andy Griffith Show reunion movie Return to Mayberry, in which we learned that Otis had sobered up and become an ice cream man. In the music video, however, he is clearly drunk. Did Alan Jackson kick Otis off the wagon?

BradleyGreenwood 4 months ago
No mention he voiced leading characters in the 1973 trippy animated movie "Fantastic Planet" (English version, naturally)? That was a criticall faux pas!
Like Reply Delete

Tresix 10 months ago
He would often play an intoxicated character despite not drinking alcohol in real life.
Like (1) Reply Delete

RedSamRackham 13 months ago
Those Clutch Cargo & Space Angel cartoons were made before closed captioning so hearing impaired viewers could lip read. ☺
Like (1) Reply Delete

Hope 13 months ago
We can't forget he was also the first voice of Mr. Whitaker from adventures in odesy
Like (2) Reply Delete

Mike2019 14 months ago
I love these bits of tv trivia. Its great to know what people did before landing big tv/movie
roles.
Like (4) Reply Delete

daDoctah 14 months ago
Another actor from roughly the same era also had the real name Harold Smith, but that one used as a stage name the nickname he was given as a college lacrosse player because of his speed. You know him as Jay Silverheels.
Like (3) Reply Delete

Triumph 14 months ago
He was born in UTICA NY. WIBX is in UTICA NY. Do some research please. Thanks
Like (1) Reply Delete

MayberryAfterMidnight Triumph 1 month ago
He was born in Petoskey, Michigan actually.
Like Reply Delete crvierra 14 months ago
Hal Smith also voiced a main character, John Avery Whittaker, on the long-running radio show "Adventures in Odyssey" from its inception as "Family Portraits" in 1987 until his death in 1994. Major omission.
Like (2) Reply Delete

andyp777 crvierra 8 months ago
Thanks to BOTH you & Hope for pointing out Hal's major role as the central character of Adventures in Odyssey, Mr. John Avery Whitaker! I hope it was NOT overlooked because of the religious/inspirational nature of the program...
Like Reply Delete

Barry22 14 months ago
He also played an incarcerated drunk on an early episode of Happy Days.
Like (1) Reply Delete

TimBarnes 14 months ago
I got to meet Hal during a party at Walt Disney's house many years ago. Thankfully, I was not disappointed by him as he turned out to be the nicest man! He told me all about his career, answered all my questions and when he found out I was a puppeteer, introduced me to my idol Paul Winchell who was a also there. Yes, Owl had me meet Tigger!!
Like (6) Reply Delete

RobCertSDSCascap 14 months ago
#2- He would have made a regal King Vitaman, too.
A great cereal, until they changed the recipe. 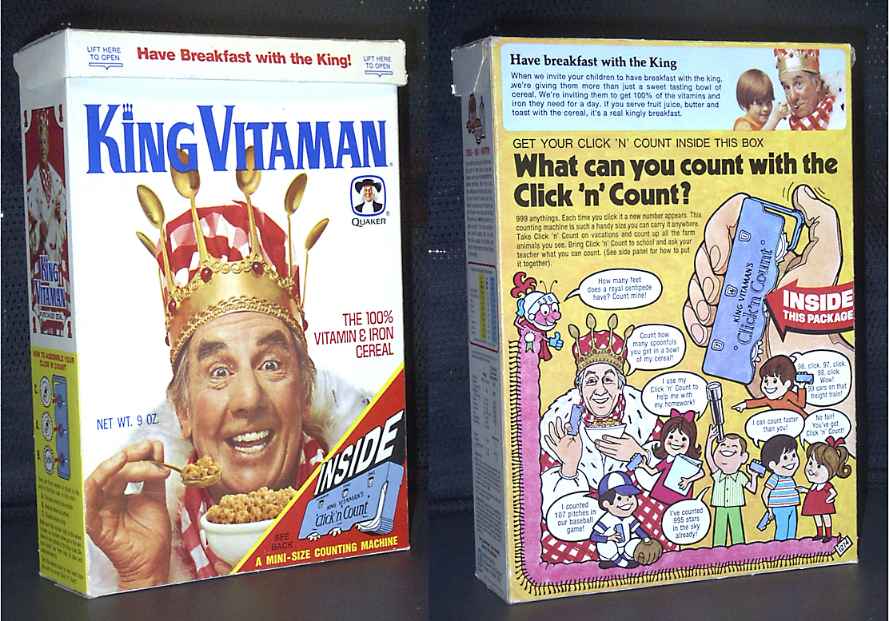 BradleyGreenwood RobCertSDSCascap 4 months ago
Oddly, the man who played King Vitaman was canned for being drunk on-set.
Like Reply Delete