Here's why he never became the next Maverick or Marshall Matt Dillon. 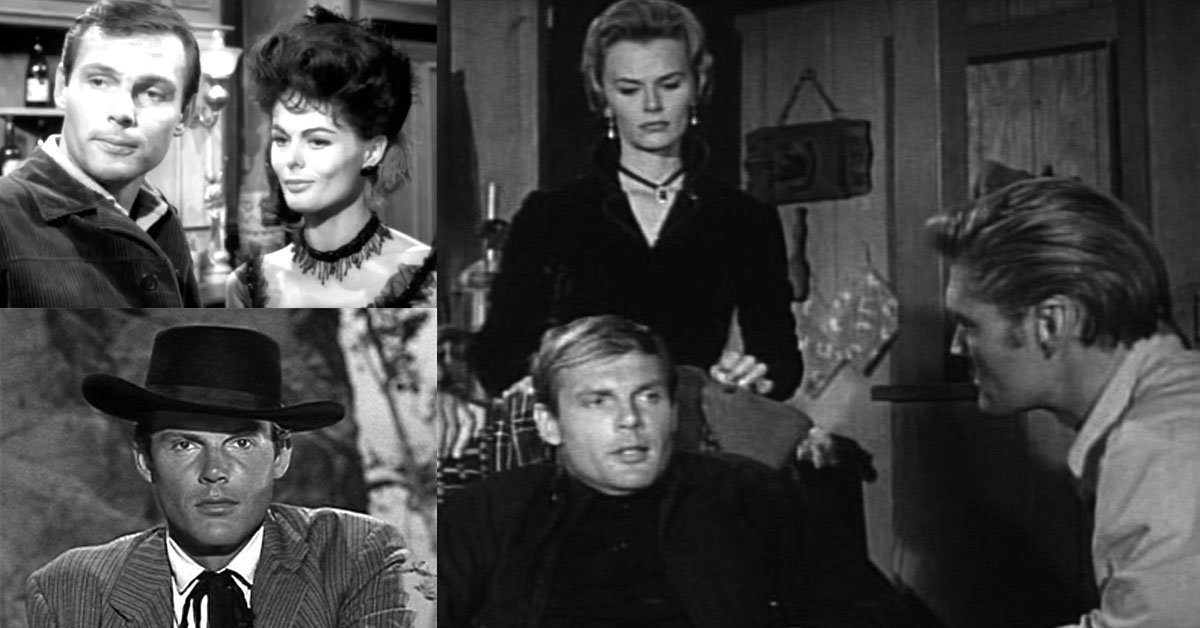 Did you know that one of Gunsmoke's most dramatic episodes was based on one of the most unique cases that have fascinated the field of medicine for decades?

The story of Phineas Gage took place in the mid-1800s. He was a construction foreman working on American railroads when he got into a truly horrific accident that sent a large metal rod piercing through his skull.

It didn't kill him, but it did change him forever.

The photos of his skull fracture from this accident are often found in science texts because he unexpectedly survived this brutal injury. The only problem was, his personality completely changed, going from somebody everybody liked to somebody nobody could stand.

Gunsmoke borrowed elements of this gruesome true story for the 1963 episode "Ash." In it, a country trader named Ben gets hit in the head unloading a wagon and when he wakes up, those he considered his friends were suddenly his enemies, including his best friend and business partner, Ash.

This dramatic episode is often remembered not because of the brain science, though, but rather because of a special guest star who only ever appeared in this single episode of Gunsmoke: Adam West.

West was cast as Emmett, a man engaged to a woman who Ben's character becomes convinced is actually Ben's intended wife. Ben becomes so confused, he threatens to kill either Emmett, his betrothed, or both.

Of course, West was no stranger to Westerns by the Sixties. In the late 1950s, he was signed to a seven-year contract with Warner Bros., after which he began to frequently appear in Westerns like Maverick, Colt .45 and Sugarfoot. In an interview with EmmyTVLegends.org, West explained why he was a natural fit to step into the TV Western world.

"At that time, you were going from show to show, and there were a lot of horses, and stunts, gags," West said. "And luckily, because I'd grown up on a ranch and been around horses a lot, I could handle that."

However, just because he looked good on a horse and in a saloon, that didn't mean he was destined to become one of TV's most famous cowboys.

"I was never typecast as a Western star or cowboy," West said in the interview, even though he loved being on set.

"It was always fun because the guys were good folks," West said of his time on Warner Bros. westerns.

"They took their work very seriously," he said, "because you had to get it done and get it done quickly, and you had to come in prepared, which was marvelous training."

Wandering these old Western towns on TV didn't just turn out to be the perfect training ground for a rising star, it was also getting West noticed by producers of every Warner Bros. show.

"I was lucky because … it was kind of a Golden Age of TV, and just on the edge of the golden age of movies and so there was a lot of … great opportunities," West said.

By opportunities, he means acting roles, but West didn't make it through the seven years of his Warner Bros. contract. He didn’t even make it very far past the first year.

"After a year or so," he said, "I got out of the contract, by mutual agreement because they lost their relationship, I believe it was with ABC, and they didn't have the number of shows that they did before, and I wanted to freelance. I wanted to do other things."

This is why he said he ended up not being lassoed into the same fate as James Arness and being typecast as a cowboy, despite having the leading man looks and acting chops.

Instead, West went on to become one of TV history's beloved superheroes in the 1966 Batman series, a character he continued embodying throughout his life. In the interview West described it like this: "The typecasting came later, with Batman. That was really a very strong typecast."

But West always kept his appreciation for the variety of shows that welcomed him as his star was rising, including Westerns like Gunsmoke. In 2014, he published a semi-autobiographical comic called Misadventures of Adam West, and in it, there's a scene that any MeTV fan could relate to.

The scene shows an older Adam West signing for a package from a delivery man who tells West he doesn't watch much TV or movies. West tells him that he doesn't blame him since there's not much worth watching, and then he looks back with rose-colored glasses, saying, "Did you ever see the television shows of the Sixties? Now they knew what quality meant!"

Instead of citing Batman and making this moment as meta as possible, Adam West in the comic then lists the shows that, to him, were the upper echelon of untouchable Sixties TV. 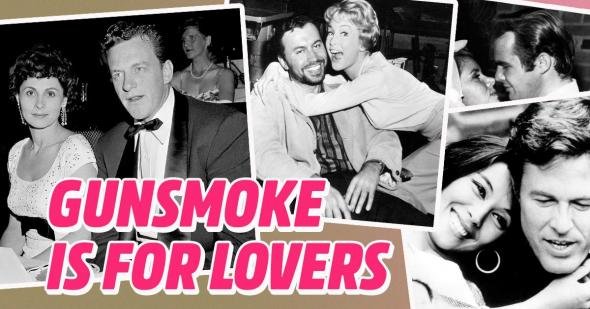 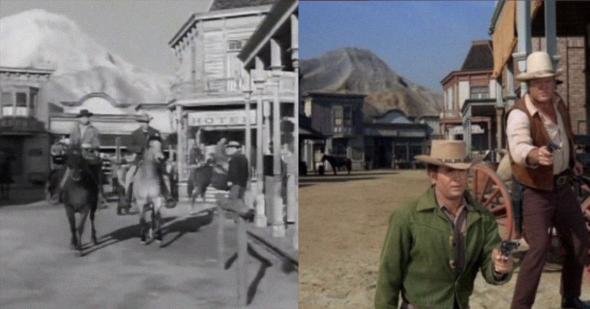 Did you know?Westerns
Virginia City from Bonanza was in an episode of Gunsmoke 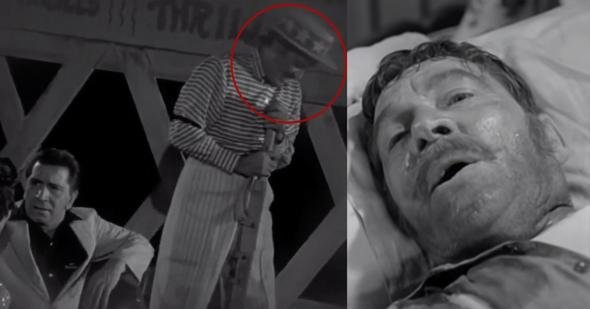 Did you know?
This classic TV character actor played hundreds of roles and was childhood friends with author John Steinbeck
Are you sure you want to delete this comment?
Close

MrsPhilHarris 20 months ago
I just read up on Phineas Gage. What a grisley story.
Like (1) Reply Delete

HerbF 20 months ago
Adam West played Doc Holiday on 3 Warner Brothers Westerns - "Lawman", "Sugarfoot", and "Colt .45"- clearly they were grooming him for a possible series. (He made 16 guest appearances total across 9 of the WB Westerns and Detective Series during his time under contract with the studio 1958-1959, playing several different characters on the same series!) (Contrary to his statement, the studio still had a fair number of Westerns and Detective shows on the air at ABC when he left Warners.)

Peter Breck (Between "Black Saddle" and "The Big Valley") played Doc Holliday after West left Warners on 5 episodes of "Maverick" - One episode at the end of Season 4,and Four of in the Thirteen new episodes of Season 5.
Like (1) Reply Delete

Nonflexus 20 months ago
When my brothers and I tuned in to see the Batman Show, we were expecting a straight adventure series, not the camp, over the top antics that were shown. We still watched, but lost interest after the first season.
Like Reply Delete

Pacificsun Nonflexus 20 months ago
Had Batman not gone "Camp" it would've been forgotten a lot sooner than it did. Comic book heroes are a very niche genre (and that's fine). But satirical Batman set the tone for clever arch enemies and over the top heroics. It was a parody of itself and brought the audience along for all the fun. Stylistically, it set itself apart from other mediocre "action/adventure" Shows, and entered it's place in Classic TV history, never to be forgotten (or duplicated)!!
Like (3) Reply Delete

Barry22 Pacificsun 20 months ago
Look at the Green Hornet series. Done by the same production team as Batman, but straight up. Lasted one season.
Like (1) Reply Delete

cperrynaples 20 months ago
The story of Emmett Gage is a medical legend and was even the subject of a Drunk History episode, but who knew it inspired a Gunsmoke? Bonus Question: West did a comedy Western called The Outlaws Is Coming which was the last film for what comedy team?
Like Reply Delete

Pacificsun SalIanni 20 months ago
Wow, you're on top of it. You certainly know your Three Stooges!!
Like Reply Delete