Nabors was so good, people booed Andy off the stage! 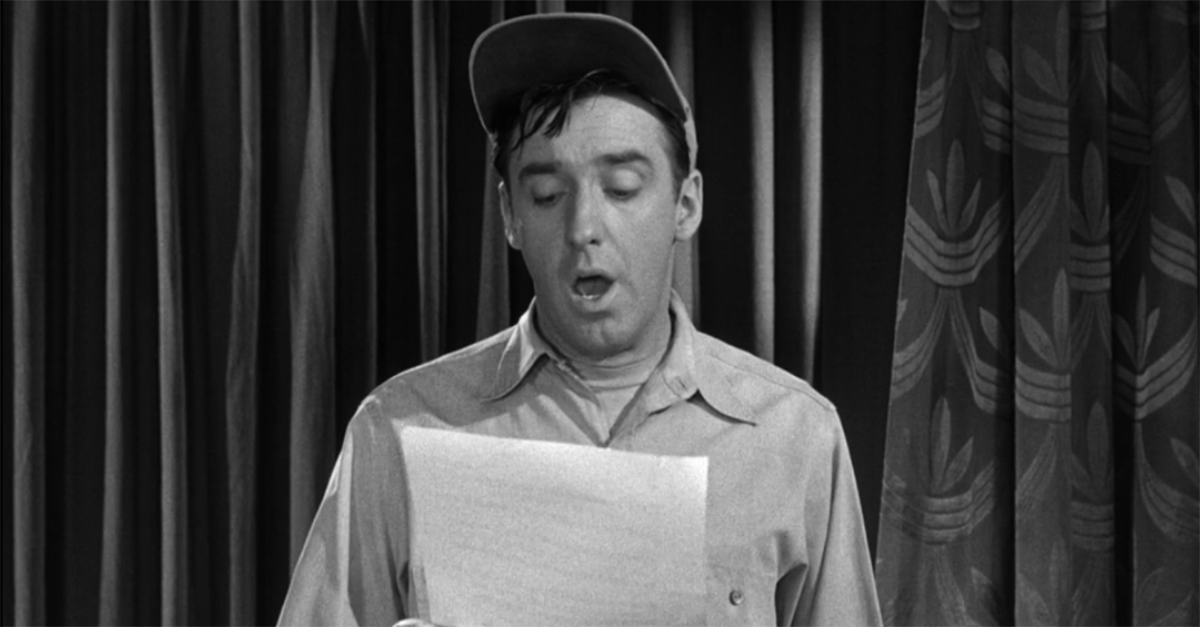 The year was 1963. Jim Nabors had just joined the cast of The Andy Griffith Show at the very end of 1962. The Andy Griffith Show was the No. 6 show in the country according to Nielsen. And Andy Griffith and Don Knotts had just invited the latest cast member of their hit sitcom, Nabors, to join them on the road and play a date at a Harrah's Club in Lake Tahoe. Nabors had probably no more than 14 minutes of material tops, but he put on the ballcap that made him recognizably Gomer and jumped along for the ride.

As Griffith tells this story (during an interview with the Archive of American Television), even he didn't know what Nabors would do onstage. The way he and Don typically ran their road show was to let Andy open up with a little number, then a monologue. So the show started that way, just like usual. Then Knotts would come out and join Andy onstage and they'd do a sketch together. After that, Knotts did a spot, then Andy did a spot, and soon, it came time for Nabors to add his special part to the show. 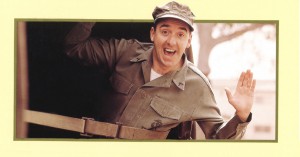 Did you know?Jim Nabors
Golly! 12 things you might not know about Jim Nabors

"That boy started to sing and you could feel the hair rising on everybody in that audience," Griffith said in the interview. "And he only had 14 minutes of material. He’d just gotten in the business. He was a business major in school."

After that, the audience was done seeing stars in just Andy and Don. Griffith said, "I’d walk out on the stage and they’d boo me every night.”

While it's hard to imagine anyone booing Andy Griffith, we can certainly understand why audiences would want to hear more of Nabors, who went on to begin a memorable singing career the very next year, after he, of course, debuted his beautiful baritone on a 1964 episode of The Andy Griffith Show, "The Song Festers." 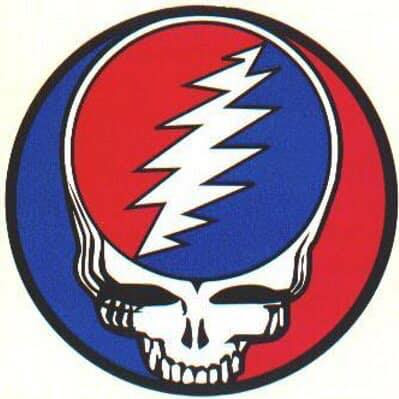 Treebeard431 50 months ago
O’ Jim Nabor’s voice was so powerful, I’ll bet he could rattle window glass 200 feet away.
Like (1) Reply Delete