Where To Watch Shop Store Contact
Home / Stories / Are these sheriffs who share the same name on The Twilight Zone connected?
nostalgia

Are these sheriffs who share the same name on The Twilight Zone connected?

There are three seasons between these sheriffs called Koch. 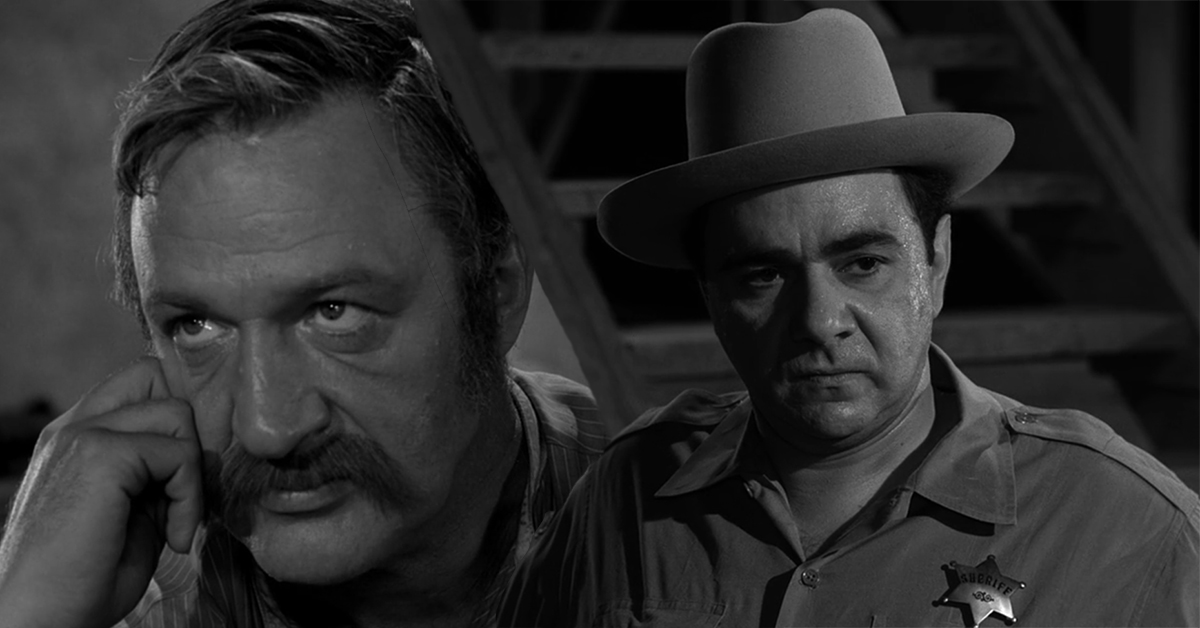 Every fan of The Twilight Zone knows that there are no two episodes that connect. At least, not in the original series. The 2002 reboot tried to do a sequel to "The Good Life," but it couldn't come close to the creepy original starring little Bill Mumy, so instead, the sequel only further proved the perfection of Rod Serling's series as it was initially spun. These episodes were intended as single doses, meant for you to swallow one by one.

Considering all of this, it may surprise you to learn that there were two episodes from the original series that do seem to connect, via two characters both named Sheriff Koch. It has fans wondering if they missed some key detail that ties these episodes together, especially since the episodes both overlap in plot and theme. Let's see if we can solve this Twilight Zone mystery, shall we?

The first appearance of Sheriff Koch is in the second season episode "Dust." Sheriff Koch is played by John Larch, who portrays him as a straight shooter who speaks his mind directly and has a noble nature. In the episode, Sheriff Koch is responsible for hanging a prisoner in his small-town jail, a man who accidentally killed a kid because he had too much to drink. Despite the wrath of the townspeople and the heinousness of the crime, Koch feels sympathetic for the prisoner, especially when the prisoner's dad shows up to plead for his son's life. It's one of the few episodes of The Twilight Zone that has what could be called a happy ending, and Sheriff Koch is a huge part of the rare glimpse of true heart-felt humanity we saw in the Zone.

So we got to know Sheriff Koch in "Dust" as a good guy, but Serling must've started hating the sound of his name or something, because the next time a Sheriff Koch appears in The Twilight Zone, it's in the episode "I Am the Night - Color Me Black," and suddenly, there's a new sheriff in town. And this one's a little more shady.

In the fifth season episode "I Am the Night - Color Me Black," Sheriff Koch is again the chief lawman in a small-town, responsible for hanging a man. Only this time, instead of feeling sympathetic for his prisoner, Sheriff Koch seems agitated, and there's a good reason why. The sun never rises in the episode, making the day he's supposed to execute a man for a crime the sheriff himself actually committed extra, extra ominous. 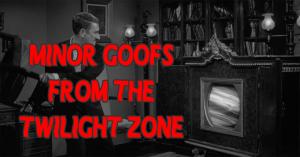 13 minor goofs you never noticed from The Twilight Zone

Instead of the calm, stern Sheriff Koch from season 2, in season 5 we get a vicious version who's desperate to cover up his crime. This makes it pretty clear the two characters are not supposed to be the same. Still, it becomes intriguing to consider them side by side in The Twilight Zone because it's almost like a hidden arc for attentive viewers paying close attention to the warped universe, tracking a sheriff whose sympathies fade away as darkness consumes the world.

Why else would Serling name them both Sheriff Koch? Perhaps he hoped some of the folks keeping score at home would see what he was doing there.

Or perhaps it was just a simple mental slip. After all, it's easy to lose track of reality... in The Twilight Zone.

Ilovelalaw 36 months ago
In the episode "I Am The Night-Color Me Black", there is never any mention that Sheriff Koch murdered the town bully. Rather, Sheriff Koch feels guilt for not standing up and saying what a lowdown, bigoted piece of slime the victim was and preventing the condemned man (excellent performance by Terry Becker, from "Voyage to the Bottom of the Sea") from being hanged.
Like Reply Delete