Where To Watch Shop Store Contact
Home / Stories / Buddy Hackett was four years younger than his “son” on The Rifleman
did you know?westerns

What a difference a beard makes! 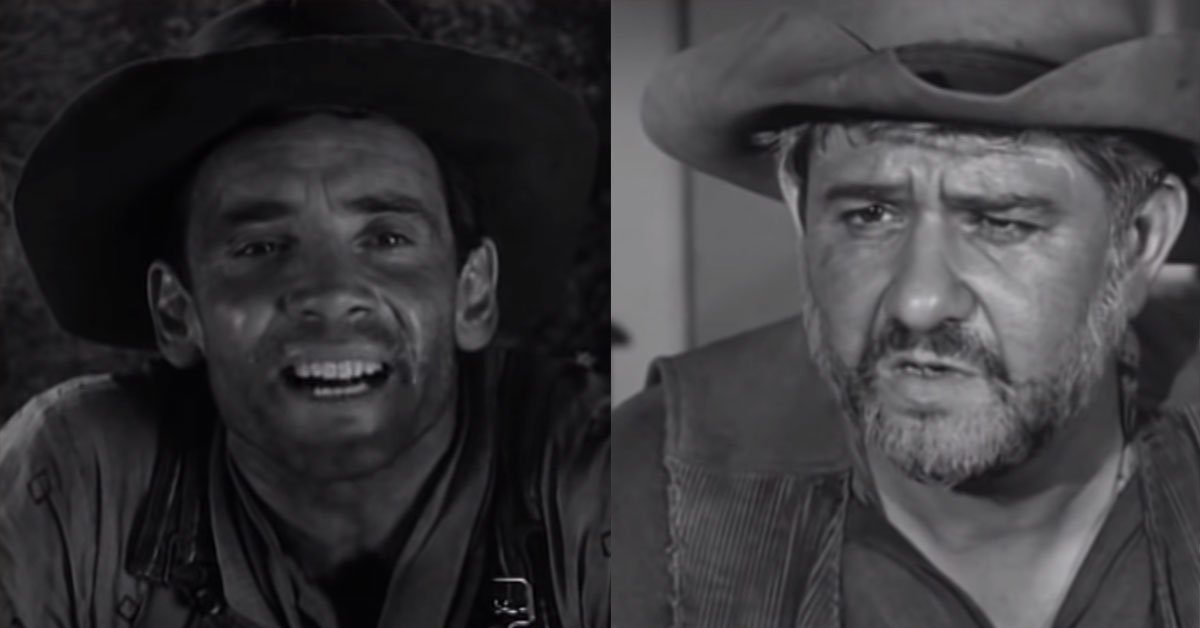 One such part was in a 1959 episode of The Rifleman, his first of two appearances on the classic western. In “Bloodlines,” Hackett played the father of three rowdy young men who trash the North Fork saloon. When Marshal Torrance and Lucas McCain arrive to restore order, one of the cowboys accidentally shoots his brother and blames it on Lucas.

Hackett’s character, Daniel Malakie, breaks his two surviving sons out of jail and vows to get revenge against Lucas.

Hackett goes against type as the seemingly nice but ultimately ruthless Malakie, sporting a beard and an attitude about as different from his usual goofball characters as could be.

Perhaps the facial hair is what inspired Hackett’s somewhat unusual casting. The “boys” he was supposed to be the father of were actually around his same age. In fact, one was even four years older!

Character actor Christopher Dark, who was in everything from My Three Sons to Cannon, played oldest son Ben Malakie. He was born in 1920, making him 39 when the episode aired. Hackett was only 35! Warren Oates, who played second son Jud Malakie, was 31.

Though a little unorthodox, the casting works thanks to the acting of all three. While Hackett is certainly not an old man in the episode, without knowing everyone’s true ages, it’s easy to think he could be the patriarch of this raucous western clan.

Did you know?Westerns
Patricia Blair nearly settled down with The Rifleman in a sixth color season — until Chuck Connors killed it 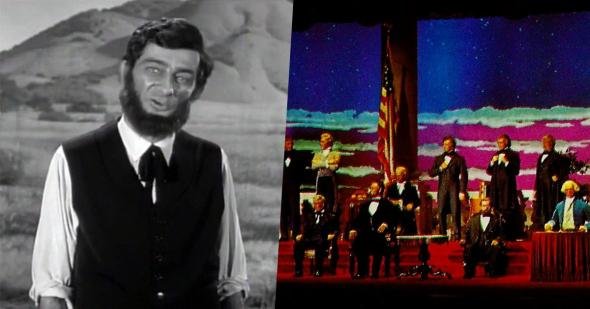 Did you know?Westerns
The Rifleman's Abe Lincoln is the same one you heard in Disney's Hall of Presidents
Are you sure you want to delete this comment?
Close

MarkSpeck 21 months ago
Several years later, Hackett would appear in an episode of another Western from the same producers, The Big Valley.
Like Reply Delete

texasluva 21 months ago
Lorne Greene born 1915. Pernell Roberts and Dan Blocker both born in 1928. So ole Lorne had them both at age 13?

Miriam Colon clearly was too young to believably be the mother of Al Pacino, since she was only 4 years older.

Allison Janney acted as the mom to Melissa McCarthy (11 years between them), and Susan Sarandon, the head matriarch, had a 24-year age gap to her granddaughter. Boy they having em young now days
Like Reply Delete

MrsPhilHarris texasluva 21 months ago
Angela Lansbury was only 3 or 4 years older than Laurence Harvey when she played his mother in The Manchurian Candidate.
Like (1) Reply Delete

texasluva MrsPhilHarris 21 months ago
Oh that's right. I remember that movie. Both Lansbury and Henry Silva still alive in their 90's. Thrilling movie.
Like Reply Delete

daDoctah texasluva 21 months ago
Jessie Royce Landis was only eight years older than her "son" Cary Grant when they made "North by Northwest". Sally FIeld only ten years older than *her* son Tom Hanks in "Forest Gump".
Like (2) Reply Delete

Jeremy 21 months ago
They did the exact same thing on The Golden Girls when they casted Estelle Getty as the mother of Bea Arthur, who was a year older. I think they also did it on a 1950s sitcom that featured Florence Halop. I can't think of the name of it right now.
Like (1) Reply Delete