Where To Watch Shop Store Contact
Home / Stories / The Rifleman's Abe Lincoln is the same one you heard in Disney's Hall of Presidents
Did you know?Westerns

Royal Dano was the go-to guy for playing Honest Abe.

A century after his assassination, Abraham Lincoln remained a constant presence on TV. He was a surprisingly popular figure in Sixties sci-fi, popping up as a character on Star Trek ("The Savage Curtain"), Doctor Who ("The Chase"), The Time Tunnel ("Death Trap") and The Twilight Zone ("The Passerby" and "The Bard"). There were several historic tales in anthology series, miniseries and TV movies — not to mention the occasional Western.

Honest Abe was such a frequent onscreen presence that a few actors were typecast as the 16th President. Raymond Massey, who portrayed Lincoln on stage and on film,  joked that he was "the only actor ever typecast as a president." Not so. Austin Green played him a few times. And then there was Royal Dano. 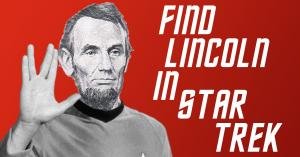 The Fifties television series Omnibus strived for education, something that hardly concerns the networks these days. In fact, Omnibus aired on ABC, CBS and NBC at some point in its run. Beginning in the holiday season of 1952, Omnibus aired its five-part story of "Mr. Lincoln," which traced Lincoln from "Early Boyhood" to "The End."

It was a breakout lead role for quirky character actor Royal Dano. The prior year, Dano had appeared as the Tattered Man in the big-screen adaptation of the harrowing World War I novel The Red Badge of Courage. His performance in his death scene was so effective that its unnerved test audiences, who left the theater. Director John Huston cut the scene. So, a meaty five-hour role as the most famous American was a major leap.

Following "Mr. Lincoln," Dano became a regular presence on Gunsmoke, frequently appearing to play a prospector, a preacher, or whatever deeply touching man the script called for.

Dano turned up a handful of times on The Rifleman, too. Many Westerns, actually. But in 1961, he slipped into his familiar Lincoln makeup for "Honest Abe." In that story, Lucas and Mark encounter a neighbor named Able "Abe" Lincoln, a man who believes himself to be the former POTUS.

We like to think that Walt Disney was watching that evening. A few years later, Mr. Disney himself picked Dano to play Lincoln again in a fantastic new way. Disney was crafting an exhibit for the 1964 World's Fair called Great Moments with Mr. Lincoln, which would feature an Audio-Animatronic Lincoln orating to an audience. Disney felt that Dano's stentorian voice came closest to descriptions of Abraham Lincoln's own voice.

One year later, the attraction opened in Disneyland, where Dano's voice would be heard in some form until the turn of the millennium. The Dano recordings would also be used in The Hall of Presidents at Walt Disney World, until that attraction was retooled in 1993. 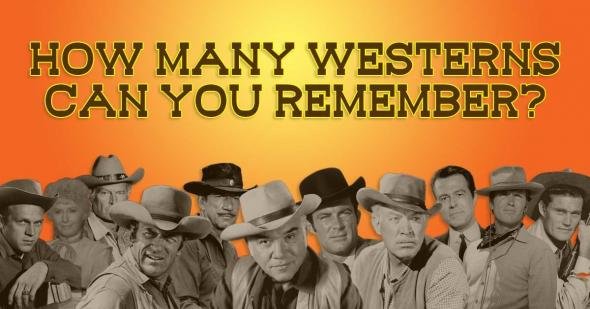 quizWesterns1950s
How many classic TV Westerns can you remember?

Tresix 30 months ago
I always thought it would have been interesting to see Dano and Buddy Ebsen play brothers in something.
Like Reply Delete

kimmer 30 months ago
Again love the trivia...
Like Reply Delete

TrishaM55 30 months ago
Royal Dano. Had that recognizable voice. No wonder Walt Disney wanted him to voice President Lincoln.
Like (1) Reply Delete

DaleWarshaw 31 months ago
I once heard his name pronounced by an announcer as "Day-no." Can anyone here verify that?
Like Reply Delete

MarkSpeck DaleWarshaw 31 months ago
You probably saw the Fugitive episode in which he appeared, and had his name announced by Dick Wesson in the opening credits.

I too have been puzzled by how to pronounce his last name. There's also the actress from Days of Our Lives, Linda Dano, who appeared, I think, on the Match Game Hollywood Squares Hour, and her name was pronounced like 'Book 'em, Danno!', so who really knows?

BeauJest1 31 months ago
Note to Editor: "The Red Badge of Courage" took place during the Civil War, not WWI as stated in the article. Proofreading is a good thing. Try it! LOL
Like Reply Delete

LindaMcClenahan 31 months ago
The Red Badge of Courage was about the Civil War NOT WW1...

Kiyone57 31 months ago
A small note: The Red Badge of Courage was a Civil War story. The author (Stephen Crane) did not live to see WWI.
Like (1) Reply Delete 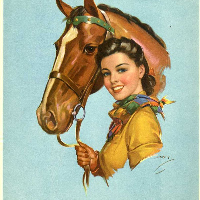 GloryGrace Kiyone57 31 months ago
It has been years since I have read the great illustrated series version of that, I didn't think ww1 sounded right. I thought it was the civil war. There really aren't any books on ww1. Thank you for clarifying for us:)
Like Reply Delete

DavidH GloryGrace 31 months ago
There really aren"t any books on WWI?
Here are a few of the better novels.

teire 31 months ago
Remember seeing this at the World’s Fair.
Like Reply Delete

Or drag a file here to upload
texasluva 31 months ago
When Mr. Lincoln was assassinated in 1965. His body was showcased around states on a train. The train carrying Lincoln's body traveled through 180 cities and seven states on its way to Lincoln's home state of Illinois. ... At each stop, Lincoln's coffin was taken off the train, placed on an elaborately decorated horse-drawn hearse and led by solemn processions to a public building for viewing. Later to be buried. In 1876 some grave robbers attempted to steal Lincoln's body but were caught red-handed. Various plots to rob his grave for ransom. Because of possible robbing in the future of his body in 1901 his body was removed and re-buried 10 feet down and covered in cement. 23 people witnessed this and all agreed when opening the coffin it indeed was President Lincoln. The last surviving person to have seen Lincoln's body died in 1963 at the age of 75. Every time I see Royal Dano I think of Lincoln.
Like (2) Reply Delete
Load previous comments
texasluva MrsPhilHarris 31 months ago
Wait! It's Time Tunnel. From 1965 back to 1876 to 1901 and then 1963. No? Well I tried he he
Like (2) Reply Delete
texasluva Gary 31 months ago
Yes here is his state in 1901 witnessed by 23 people. 23 people slowly walked forward and peered down. Mr. Lincoln's features were totally recognizable. His face had a melancholy expression, but his black chin whiskers hadn't changed at all. The wart on his cheek and the coarse black hair were obvious characteristics of Mr. Lincoln's. The biggest change was that the eyebrows had vanished. The president was wearing the same suit he wore at his second inauguration, but it was covered with yellow mold. Additionally there were some bits of red fabric (possibly the remnants of an American flag buried with Mr. Lincoln). All 23 people were unanimous in their agreement that the remains were indeed those of Abraham Lincoln. They debated at first to open or not but many wanted to make sure it was really him because of stories.

GloryGrace texasluva 31 months ago
That is fascinating! I have never heard of that.
Like (2) Reply Delete
texasluva GloryGrace 31 months ago
Yes. Actually Lincoln's body was moved many times before hand for fear of grave robbery. Then the decision was made to move his body and casket to a safe location buried in 10 feet of cement. Then 23 people took a look see and verify it was President Lincoln. I believe only one photo survived from his 1865 death in his casket. A couple of others have appeared which might be fakes. In 1901 I do not believe they photographed Lincoln other then the location and a casket. So all we have is the accounts of witnesses whom did view his body.
Like (1) Reply Delete

harlow1313 31 months ago
Royal Dano is one of the great and most recognizable character actors, and I like his cool name.
Like (2) Reply Delete

MarkSpeck MrsPhilHarris 31 months ago
That's one of my favorite Five-O episodes. He was great friends with his fellow Five-O guest star Frank Silvera. He warned Silvera about messing around with the stove that he was having trouble with, to not fool around with it and just call an appliance professional. Tragically, he didn't, and was fatally electrocuted, just a few months before their episode, "Paniolo", aired.
Like Reply Delete

MrsPhilHarris MarkSpeck 30 months ago
That is so sad.
Like Reply Delete

KMT6600 31 months ago
I loved it at Disney "World Hall of Presidents" It seamed so real was very touching & true to life . was quite some time ago But sicks in your mind like it was just a year or two ago.
Like (2) Reply Delete
Load previous comments

MrsPhilHarris stephaniestavr5 30 months ago
Lol that's a version of poutine.
Like Reply Delete

MrsPhilHarris MarkSpeck 30 months ago
You are correct, however, it has developed a life of it's own and it's everwhere. You can get it with pulled pork, chicken, bacon, etc. That said NEVER get poutine at McDonalds. It is an abomination.
Like Reply Delete