Guess which TV stars grew up doing Barney Fife impressions. Hint: One was later his costar. 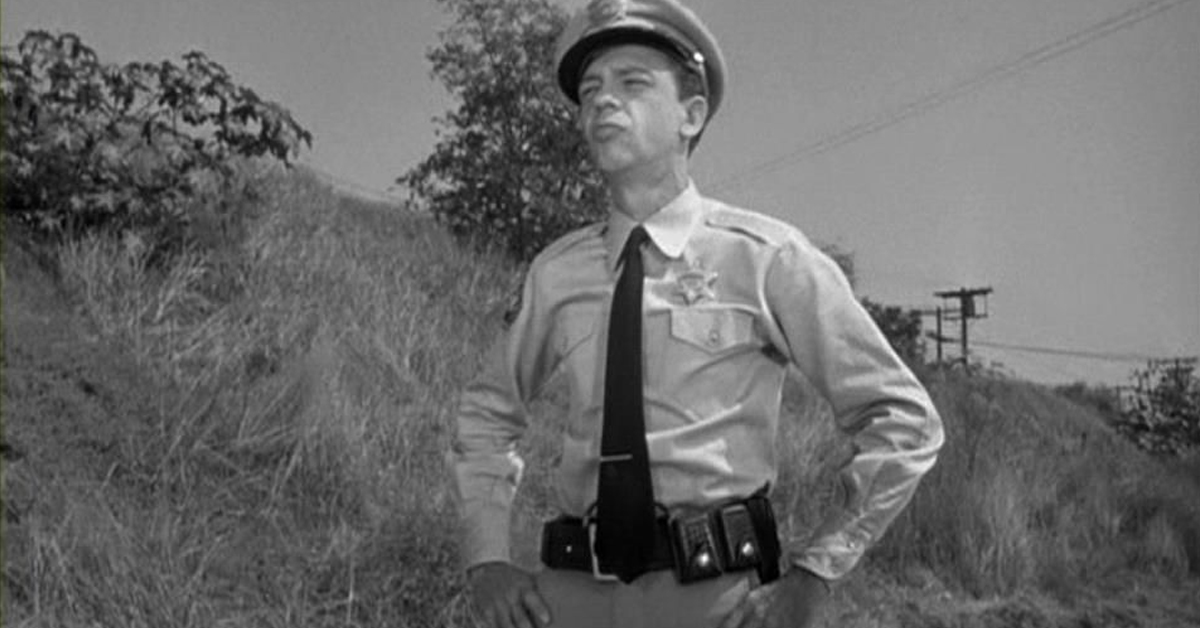 Watching Don Knotts play Barney Fife isn't just about laughs. For actors in the audience, tuning in to The Andy Griffith Show during its first five seasons was a masterclass in how to create a truly authentic character.

"I learned a lot just watching Don Knotts at work," the late Tim Conway said in his 2013 memoir What's So Funny? "There wasn't a phony motion in him, everything was character driven, and, oh, what characters he created! I think Barney Fife from The Andy Griffith Show is one of the greatest, funniest, and truest personalities ever seen on the screen."

When Knotts first took the role of Barney Fife in 1960, his future Three's Company costar John Ritter was only 12 years old, but he already knew talent when he saw it.

"I used to do Don Knotts imitations of Barney," Ritter told the Weekly World News in 1981. "He's one of my heroes."

Plenty of other people did impressions of Barney Fife — we'd wager most everyone watching — and an entire industry akin to Elvis impersonators was created by some people claiming to be the best at stepping into Knotts' shoes. There could only be one, though, Conway says, and it's because of who Knotts was inside, which gave him a quality that could never be imitated. 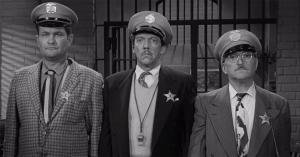 MayberryAs Seen on TVDon Knotts
Don Knotts laughed so hard in this Andy Griffith Show scene, it had to be reshot 20 times

"When you watched his antics as Andy Griffith's deputy, you were watching Don Knotts," Conway said. "He was Barney Fife, a kind, gentle, and loving person who dedicated his life to making people smile."

Some of the funniest women on TV looked to Knotts as a model, too. Ann B. Davis told the Television Academy how much she admired Knotts' particular brand of comedy, echoing what Conway said about Knotts: "I admired him. I thought he was one of the funniest people in the world."

Barbara Eden told the Television Academy about her time sharing scenes in "The Manicurist" episode of The Andy Griffith Show and touring with Knotts during a Neil Simon Broadway show run, breaking into a sparkling Jeannie smile recalling, "He was so wonderful."

To Ernest T. Bass actor Howard Morris, though, Knotts was more than wonderful. He was almost mythical. "A living doll, in every way," he said.

Everybody has a hero, and for some of TV's best comedic actors, Knotts was it. In Knotts' career, he idolized Jack Benny and always thought of himself as an actor who does comedy — not a comic.

That's why The Andy Griffith Show ended up being such a great way to introduce himself to audiences. It gave him a chance to come out strong and show how unique he was at crafting personalities that felt like real people that we recognized from the world.

"My five years with Andy were pure delight," Knotts told The Philadelphia Inquirer in 1980.

If reading this has given you the itch to do your best Barney Fife impression, according to The Palm Beach Post in 2006, the hack to pull it off is this: "Draw up your belt a little, puff out your chest and inhale while saying something fake-modest."

How do you pull off your Barney Fife impression? 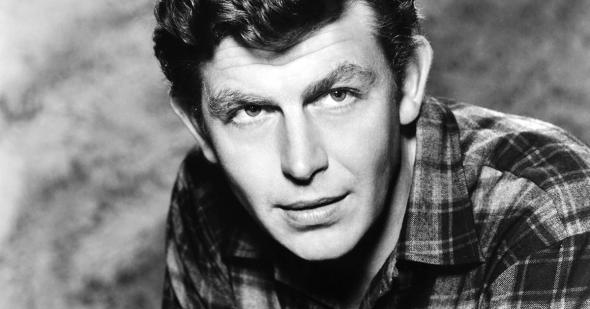 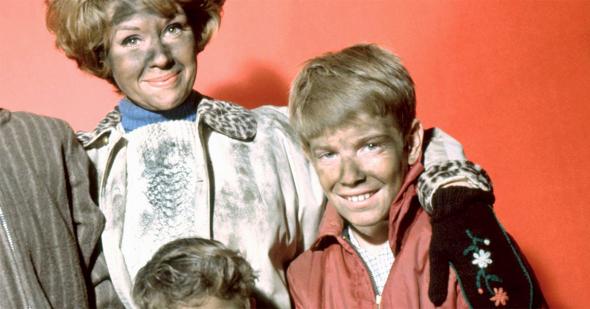 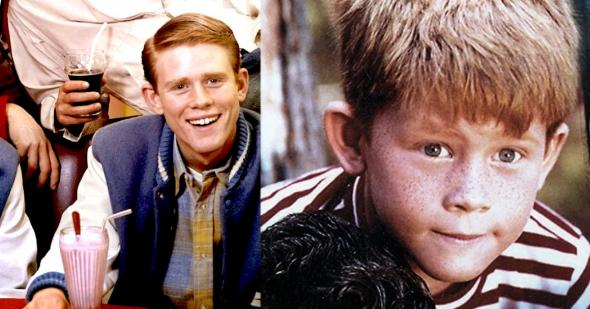 MayberryOpie
Ron Howard made an exit plan to grow out of kiddie roles
Are you sure you want to delete this comment?
Close

ELEANOR 19 months ago
As I was watching First 48 during one of the ones in Dallas, Texas a few years ago, I happened to notice that one of the detectives had a large photo of Don Knotts as Barney Fife on his wall.
Like Reply Delete

librarynerd 20 months ago
Although I really loved Barney, they sure needed more shows with Ernest T.
Like Reply Delete

20 months ago
Okay. I have a question. WHY did everyone, back in the 50s and 60s sitcoms, drama shows, cop shows, etc. get in their cars on the passenger side and then sidle over to the driver's side, instead of just getting in on the driver's side in the first place?
Like Reply Delete

Sooner Pilaf 20 months ago
So they wouldn't turn their back to the camera. It used to be a hard rule.
Like Reply Delete

ELEANOR Pilaf 20 months ago
So they could just do it in one shot. Why do two shots with something as mundane as getting into a car. Also it was a bench seat so you could slide right over.
Like Reply Delete

AgingDisgracefully 21 months ago
Imagine (Dirty) Barney: "Now I know what you're thinkin', did he fire 6 shots or only 5...?"

BobInBG78 21 months ago
I get fired-up for my imitation by having someone shout "Attaboy, Luther!"
Like (2) Reply Delete

harlow1313 21 months ago
"The quality of mercy is not strained. It droppeth as the gently dew from heaven."
"Do the tears on your pillow bespeak the pain that's in your heart?" 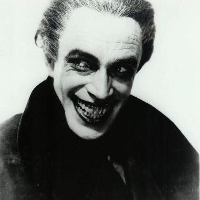 dmirarh 21 months ago
WTHeck are you talking about???? Jerk!!!
Like (1) Reply Delete

Maverick66 21 months ago
You obviously are not a TAGS fan. There is an episode in which Barney quotes the "Quality of mercy" passage. After Andy expresses how impressed he is, Barney says the "jerk" line.
Now, don't you feel like the jerk here after displaying your ignorance in two different ways (lack of knowledge & name-calling)?
Like (2) Reply Delete

JHP 21 months ago
Howard Morris was light years more funny than don knotts for sure (PLS!)
Like (4) Reply Delete

Maverick66 JHP 21 months ago
I've always thought that Howard Morris ad-libbed the very end of "Mountain Wedding" when Ernest T. Bass asks Barney, who is still dressed like a bride, to dance. All Don Knotts/Barney could think to do was to call Ernest T. a nut. Morris & Knotts interacting on TAGS was pure comedy gold.
Like (3) Reply Delete

Howard Morris is the end result
Like (1) Reply Delete

Sooner JHP 20 months ago
So why does one have to be considered funnier than the other? They both had their own style and were at the top of those styles.
Like Reply Delete

really? Tim was a genius at comedy

LoveMETV22 JHP 21 months ago
It was always funny to see his co-actors trying not to laugh.
Like (4) Reply Delete

MrsPhilHarris JHP 21 months ago
Probably one of the funniest sketches ever performed on tv. I’m laughing now thinking about it. 😂
Like Reply Delete

JHP MrsPhilHarris 21 months ago
yup agree with me and you:)
Like (2) Reply Delete

denny JHP 21 months ago
He did the same sketch in one of his movies, that's where I first saw it.
Like Reply Delete