Meeno Peluce was one of the Seventies' biggest child stars, and his half-sister Soleil Moon Frye followed in his footsteps to become an Eighties icon.

August 27, 2021, 12:22PM By MeTV Staff
On Now
Fonzie shows his dog-parenting skills with Spunky
Up Next:
Share

Starring in The Bad News Bears and Best of the West TV shows, media called him a face to watch and TV absolutely embraced the rising child star.

In 1981, a top-20 rated show Happy Days even cast young Meeno to play Fonzie’s "Little Brother" when TV’s coolest cool guy decides to join the Big Brother Program in an episode called "Potsie on His Own."

Although Meeno played one of the Seventies’ most iconic TV character’s one-time little brother, in the real world the actor was actually the big brother (well, half-brother) of the child star who would actually overstep her brother to become the Eighties’ most iconic child star: Punky Brewster star Soleil Moon-Frye.

In 1984, Soleil told The Daily Record that her big brother Meeno inspired her to become an actor. 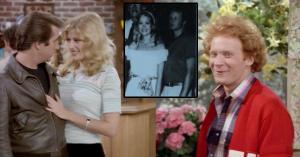 "I went to the set with my brother all the time," Soleil said. "I really liked it on the sets. I never asked if I could be an actress till I was about 5. Then I said to my mom that I would like to try the acting business."

Poor Meeno tried the same thing when he was 5, but their mom, who worked for a movie studio catering company at the time wasn’t as cool about it then. She said absolutely not.

"When I first wanted to act, I was like 5 and 6," Meeno told The Chicago Tribune in 1982, during a time when he had just been cast to star in this third TV series Voyagers! "My mother thought I was too young for it; the getting jobs and not getting jobs and all that."

Meeno had to wait until the ripe age of 7 before he could go on-camera. His mom finally agreed after he won the lead in a school play and one of the family’s friends gave Meeno a meeting with a casting agent for his seventh birthday.

Meeno proved he had the goods at his very first casting call.

"The first interview I went out for was a part on Starsky and Hutch," he said. "I got it, and since then, I really haven’t stopped working."

For Soleil, she convinced her brother’s agent to take her on too, and right away she was cast not on TV shows but in commercials, flashing that future Punky Brewster smile for major brands like Minute Maid and McDonald’s.

By the time she was called in to audition for Punky Brewster, Soleil had two years of acting experience under her belt, and she beat out 1,000 young hopefuls to become the coolest TV orphan since Annie.

On his TV shows, Meeno had gained a reputation as being an actor who even the adults turned to for help adjusting to how things work in the studio. His Voyagers! costar Jon-Erik Hexum recalled how Meeno was professional beyond his years.

"On the first day we were doing a scene and Meeno was standing behind the camera," Hexum told The Honolulu Star-Bulletin in 1982. "I was in front of the camera. I couldn’t figure out why Meeno was behind the camera. I finally asked him, and he said, 'Because we’re doing your closeup, you idiot.' There was a lot of technical things he helped me with. Now we’re more like equals. The directors are so rushed, we talk out our scenes and get them set up. He has great timing, which makes it easier for me."

When Meeno was young, he didn’t see acting as the only future in store for him, though, telling The Austin American-Statesman in 1982, "When I grow up, I’d like to be a marine biologist, an Astro physicist or a rock star."

And so it wasn’t completely surprising when Meeno ducked out of the spotlight in 1985 at the age of 15, one of his final appearances on Punky Brewster. He had other dreams to pursue, including a family, a farm and a quieter future as a substitute high school teacher.

Meanwhile his sister Soleil Moon Frye finished her hit series after four years and has continued appearing onscreen and growing as a voice actor. This year, Peacock will debut a reboot of Punky Brewster, starring Soleil as Punky all grown up.

That level of stardom was the future many believed was in store for her brother Meeno, but in the end, his was more of a supporting role in her enduring acting career. As a kid, he described how happy he was with his decision to become a child star.

"I’m not missing out on a normal childhood," Meeno said.  "I’m having a great childhood — on weekends, with friends, having them sleep over and like that. But then I’m having more. I get to do this and learn things and have the extras and meet nice people." 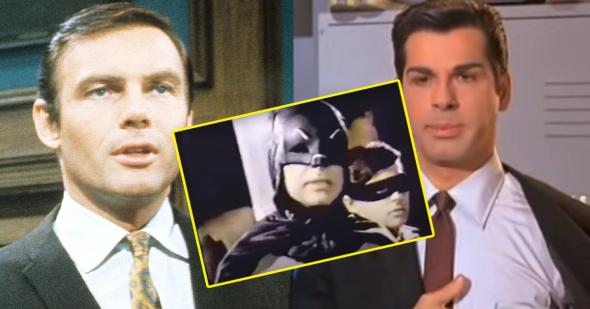 Did you know?
You probably forgot that Dick Gautier once filled in briefly as Batman 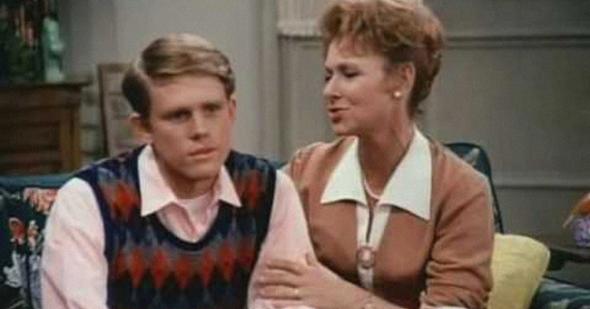 Did you know?
America's favorite TV mom Marion Ross did everything for her daughter, as her mom did for her 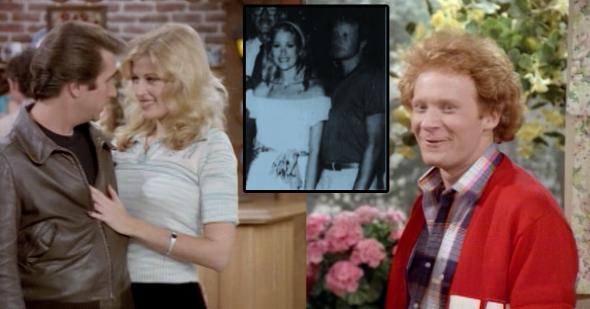 Don Most met the love of his life when she appeared on Happy Days
Are you sure you want to delete this comment?
Close

jtacina 15 months ago
Do any of you think that this show will air on MeTV? PUNKY BREWSTER hasn't aired since Pat Robertson aired it in the mid90s.
Like Reply Delete

BillTrepkowski 15 months ago
His face was also constantly on MTV throughout the summer of 1984: https://youtu.be/360xvnsduDg
Like Reply Delete

vinman63 BillTrepkowski 15 months ago
Thanks for the link. Not a big Dio fan.
Like Reply Delete

CLos75 15 months ago
When was this article written? Not only did the PUNKY BREWSTER reboot already air its entire season on Peacock, but it's been canceled.

As for Soleil, I've been a big fan of hers since the 80's PUNKY BREWSTER. I thought I had a crush on her until puberty hit and I realized I was gay. What's even cooler for me is that she and I are exactly one year apart in age.
Like (1) Reply Delete

Tom1979NYC CLos75 15 months ago
You sound just like me! I also had a huge crush on Soleil and even sent her a fan letter when I was 10 (sadly I never did get that autographed picture I asked for). A few years later I realized I was gay, but it's always been a dream of mine to meet her. I love her positive vibes!
Like Reply Delete

Michael MrsPhilHarris 15 months ago
I don't remember him, but I remember the episode.

Is Happy Days on the current lineup? If so, the episode might be coming up.
Like Reply Delete

MrsPhilHarris Michael 15 months ago
It airs week nights at 6:30. I haven’t watched in ages. I like the first few seasons before it went in front of a studio audience.
Like (1) Reply Delete

Andybandit 15 months ago
Sorry he wasn't on Punky Brewster. He was her half brother in real life.
Like Reply Delete

jtacina Andybandit 15 months ago
Actually he was. He made a guest appearance in the episode where Punky ran away.
Like Reply Delete

Andybandit 15 months ago
Cool story. I never saw this guy on Happy Days or Punky Brewster.
Like Reply Delete

Michael 15 months ago
He was on the tv series version of Bad News Bears. Not as good as being in the movie.

I thought he'd been in more than Voyagers! but I guess it's Jon-Erik Hexum, who seemed to go onto better, but xcept he shot himself by accident.

daDoctah Michael 15 months ago
He was also in the sitcom "Best of the West", where his dad was played by Joel Higgins (later Ricky Schroder's dad on "Silver Spoons").
Like Reply Delete

daDoctah stephaniestavr5 15 months ago
It wasn't when I posted. Someone's been editing.
Like Reply Delete