Tune in Monday–Friday at 11PM | 10C for some of Conway's funniest moments.

To celebrate the comedic genius of Tim Conway, MeTV is proud to present select episodes of The Carol Burnett Show that spotlight his iconic characters and trademark brand of humor. Though Conway is one of the faces most associated with the pioneering 1967–78 sketch comedy series, he did not become a regular on The Carol Burnett Show until the 1975–76 season. Up to that point, Conway was merely a frequent guest and friend of the show. By then, he had already crafted and introduced the world to hilarious characters like Mr. Tudball and the Oldest Man. 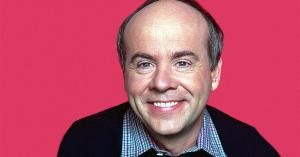 Tune in Monday through Friday next week, May 20–24, to revisit these side-splitting comedy sketches as MeTV Remembers Tim Conway. These special episodes of The Carol Burnett Show will air in the show's regular time slot, weeknights at 11PM | 10C.

Here are the Conway gems you will see.

Mr. Tudball (Tim Conway) tries to teach Mrs. Wiggins how to use an intercom.

In a reprise of his famous Dentist sketch, Tim has another mishap with novocaine.

Harvey Korman gets his grandfather clock fixed by the Oldest Man (Conway).

The Queen and King try to give their Hollow soldier (Conway) a blue pony.

Harvey's house is on fire, and the Oldest Man comes to his rescue.

News
Ellen DeGeneres credits a bunch of MeTV shows as she wins the Carol Burnett Award
Are you sure you want to delete this comment?
Close

BurbankRy 45 months ago
Tim was an icon whose gifts to comedy will sustain for generations to come. I just wish MeTV was highlighting larger blocks of The Carol Burnett Show / McHale's Navy. There aren't many legends from this era left. I would love to see them receiving the tributes they deserve. Don't get me wrong, all fans are grateful for any kind of tribute, just wish it was more in-line with the impact he's made to the Television/sketch/physical comedy landscape.
Like Reply Delete

JimWilliams 45 months ago
Conway was a comic genius. He will be sorely missed.