After ten years as a football pro, he joined Hawkeye and Trapper. He was 82. 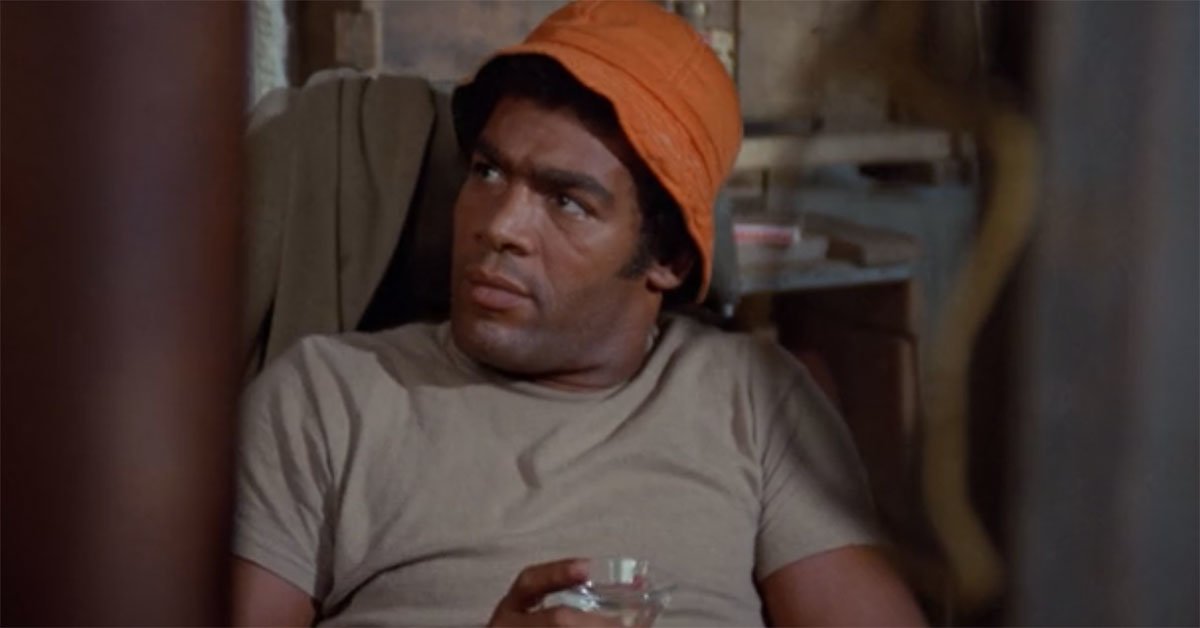 As Radar O'Reilly, Gary Burghoff was the only actor to portray the same major character in both the 1970 MASH film and the 1972 M*A*S*H television series. However, he was not the only actor to have a significant role in both productions.

Running back Timmy Brown played his final NFL game as a member of the Colts in Super Bowl III. The former Pro Bowl selection played most of his decade-long career with the Philadelphia Eagles. He did not wait until his retirement to make the leap to acting. In 1967, as he was starting his final season with the Eagles, Brown appeared in the season-three premiere of The Wild Wild West, "The Night of the Bubbling Death." He played a character spectacularly named Clint Cartwheel.

Speaking of names, Timmy Brown eventually opted for the more formal Timothy Brown as an actor, in part to avoid confusion with fellow athlete-thespian Jim Brown. 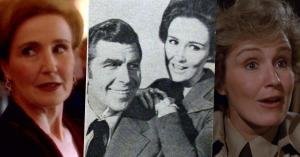 A few appearances on Adam-12 followed, which then led to his biggest role yet, a regular series gig on M*A*S*H. Brown took the role of Dr. Oliver Harmon "Spearchucker" Jones, a significant character in the novel that only appeared in the first season of the sitcom. He took the role over from Fred Williamson, another NFL star who appeared in MASH.

We learn in "Chief Surgeon Who?" that Dr. Jones was a neurosurgeon. "Outside of the skull, I'm dead," he admits to Hawkeye. The fellow "Swamp" dweller's two most significant episodes are perhaps "The Moose" and "Henry Please Come Home."

After six episodes, however, Dr. Jones disappeared from the 4077th. Some speculate that there were not enough lines to go around, others claim that his racially insensitive nickname would hurt a hit series with a growing audience.

Brown continued to find small guest roles on television throughout the 1980s, from T.J. Hooker to Remington Steele.

Only four actors could boast that they were in both the MASH film and M*A*S*H series. Burghoff and Brown, of course, as well as minor players G. Wood (Brigadier General Hammond) and Corey Fischer (Captain Cardozo / Captain Bandini).

Brown passed away on April 4, according to Fox News.

ObituariesNews
R.I.P. Gene Reynolds, who went from The Little Rascals to co-creator of M*A*S*H
Are you sure you want to delete this comment?
Close

a great role and actor:( too many gone this year

is there enough soil to bury everyone?
Like Reply Delete

thedude1500 34 months ago
He had a memorable role in Robert Altman's Nashville as a black country singer (named Tommy Brown) along the lines of Charlie Pride.
https://www.youtube.com/watch?v=72V_uz9iL_8
Like (1) Reply Delete

ELEANOR 34 months ago
"After ten years as a football pro, he joined Hawkeye and Trapper. He was 82."

OK, so what is WRONG with these sentences you sophomoric millennials?? Was he 82 when he joined Hawkeye and Trapper? Or was he 82 when he passed? Any fifth grader can do better than that!
Like (2) Reply Delete

Utzaake 34 months ago
"Running back Timmy Brown played his final NFL game as a member of the (Baltimore) Colts in Super Bowl III." He was the kickoff/punt returner in that game. Here's a screenshot from after his punt return attempt in the first quarter. 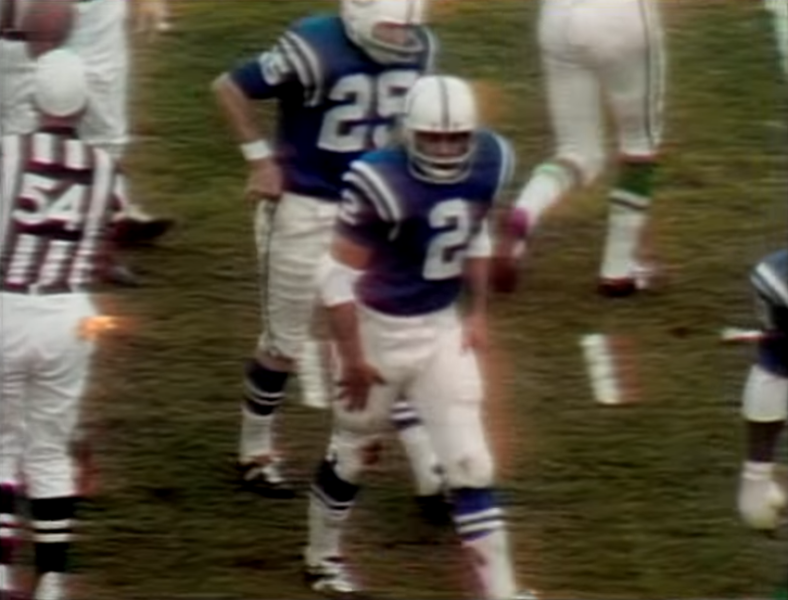 Rick 34 months ago
They dropped Spearchucker because the producers (apparently mistakenly) believed there were no black surgeons in the Korean War: https://mash.fandom.com/wiki/Oliver_Harmon_%22Spearchucker%22_Jones#The_dropping_of_the_Spearchucker_character_from_the_TV_series

Wiseguy Rick 34 months ago
There are often different reasons for an action to happen no matter what the source of one reason says. There were too many people in the first season which is why other characters such as Ho-John, Ugly John and Lt. Dish, among others, disappeared. Similarly, the official reason for killing off Henry Blake was to show the horrors of war but another valid reason (which McLean Stevenson himself believed) was to keep the actor (who the producers thought might have ruined the future of the series by leaving) from getting a spinoff series set back in the states (much like the future Trapper John, MD or AfterMASH).
Like Reply Delete

cperrynaples Wiseguy 34 months ago
Oh come on, we all know why you can't have a black character with that name, don't we? Yes, they could have changed it the way Hot Lips became Margaret, but the fact was in the '70's mixed races shows weren't popular, with the exception of the Willosies [SP?] on The Jeffersons!
Like (1) Reply Delete

Wiseguy cperrynaples 34 months ago
I'm just saying there could be more than one reason for an action to have taken place. But, as usual, I'm wrong and your one reason is the only right one. Ever consider running for president?
Like Reply Delete

Or drag a file here to upload
texasluva 34 months ago
Oh Timothy Brown. Was thinking Tim Brown HOF NFL player. Timothy played when Jim Brown did. Jim being much more accomplished in the acting career. Sad to see anyone go. R.I.P sir.
Like Reply Delete

MrsPhilHarris 34 months ago
My understanding is he threw the javelin in college, hence the name.
Like (1) Reply Delete

cperrynaples MrsPhilHarris 34 months ago
Well let me put in this way: If you saw a black man sitting in front of his house, would you go up to him and use the term "porch monkey"? I DON'T THINK SO!!
Like Reply Delete

cperrynaples 34 months ago
You do realize that you can't use that nickname today....LOL! Even in 1972, the only TV character that could say it was Archie Bunker...LOL again! Anybody remember when he called England a nag country...or something that sounds like nag?
Like (1) Reply Delete