The Julliard graduate and prolific stage actor was 73. 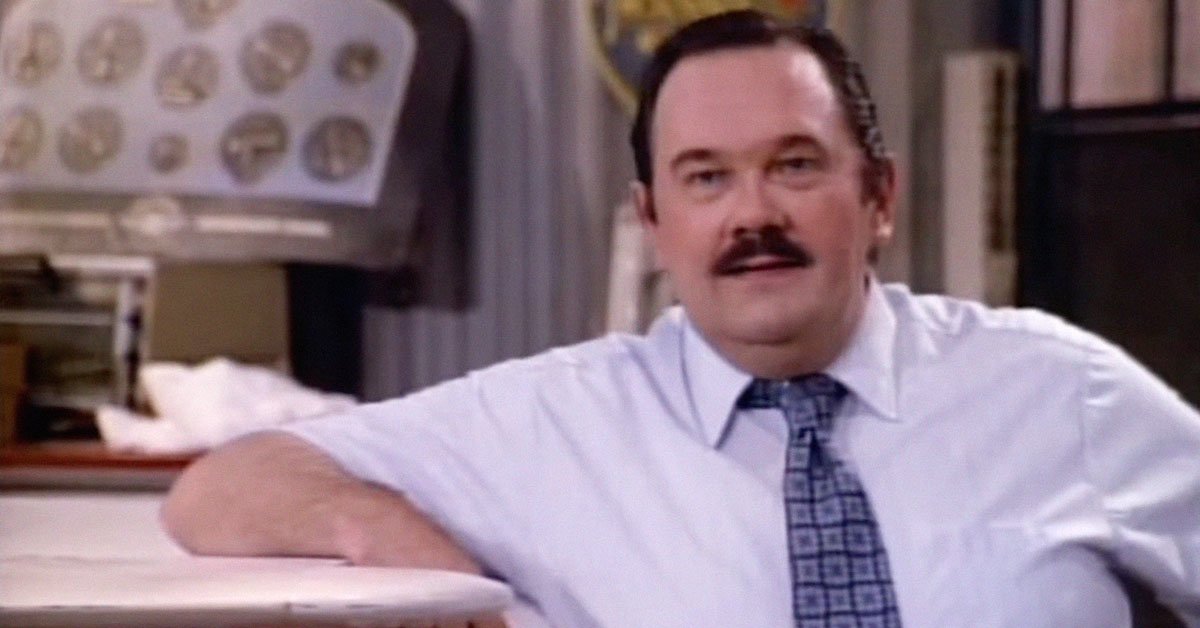 David Schramm was born and raised in Louisville, Kentucky. While taking acting classes at Western Kentucky University, his teacher, Dr. Mildred Howard, encouraged him to apply to the newly created drama department at Julliard. At first, he refused.

In an interview with NJ.com, Schramm told the story of how he got in. "She told me, 'You are going to go to school in New York' — to which I said in my Southern twang, 'Doctor, they ain't gonna take me in no school in New York.' She worked on two audition pieces with me, arranged for the flight, packed a lunch and said, 'Go!' I did and got accepted on the spot."

Schramm debuted on Broadway in Three Sisters in 1973. He continued to act on stage through the 1970s. In 1983, he played Robert McNamara in the TV mini-series Kennedy. Seven years later, he won his most well-known role on the show Wings.

Right from the beginning, he knew Wings was special. He recalled in that 2008 interview: "I knew when we started it was going to be a success. Not just because the writers had been involved with Cheers, Taxi and Mary Tyler Moore. But when we sat around the table reading the first script, and I saw this buffoon they created for me, this pompous guy who said garish things to women, and all the other rich characters, I turned to Rebecca [Schull, who played Fay Cochran] and said, 'I think we've landed in a tub of butter.'"

Schramm played airline owner Roy Biggins in all 172 episodes of the shows eight-season run. He was the rival to the main characters Joe and Brian Hackett (played by Tim Daly and Steven Weber, respectively). His Aeromass airline was the local Nantucket competitor to Sandpiper.

David Schramm passed away in New York at the age of 73.

Mac2Nite 24 months ago
LOVE LOVE LOVED him in Wings! Played the "bad" foil to the Hackett brothers to perfection! The guy you loved to hate [just like Ken Osmond as Eddie Haskell in Leave it to Beaver]. RIP big guy!
Like Reply Delete

Jester11 33 months ago
With all these wonderful actors and actresses who have recently passed , not to mention the musicians and athletes who have also recently passed, Heaven must. have one HELL (no pun intended) of a show planned out!! Kinda makes me wish I was there for the filming of the pilot episode. Kinda.
Like Reply Delete

Robert1959 34 months ago
R.I.P. Curly Neal saw you many times with my dad had a good time watching you guys win big all the time we will miss you.thank you for the good times Robertmeininger

MrsPhilHarris 34 months ago
There's a show Me should air.
Like Reply Delete

Wiseguy MrsPhilHarris 34 months ago
Antenna TV has the rights.
Like Reply Delete

MrsPhilHarris Wiseguy 34 months ago
Thanks for that.
Like Reply Delete

cperrynaples tenevoyprizrak 34 months ago
Yes, you used to be able to stream it here but now it's on "another network"!
Like Reply Delete