America’s #1 Classic Television Network
Find your local MeTV station
Where to watch
See when your favorite shows are on
See schedule
Personalize MeTV.com to follow your favorite shows
Free sign-up
Shop your favorite shows in the MeTV Store
Shop Now
Home / Stories / Two James Bonds both won a role on Maverick but only one took the job
Did you know?1960sWesterns

Sean Connery and Roger Moore were both chosen to be Beau, too. 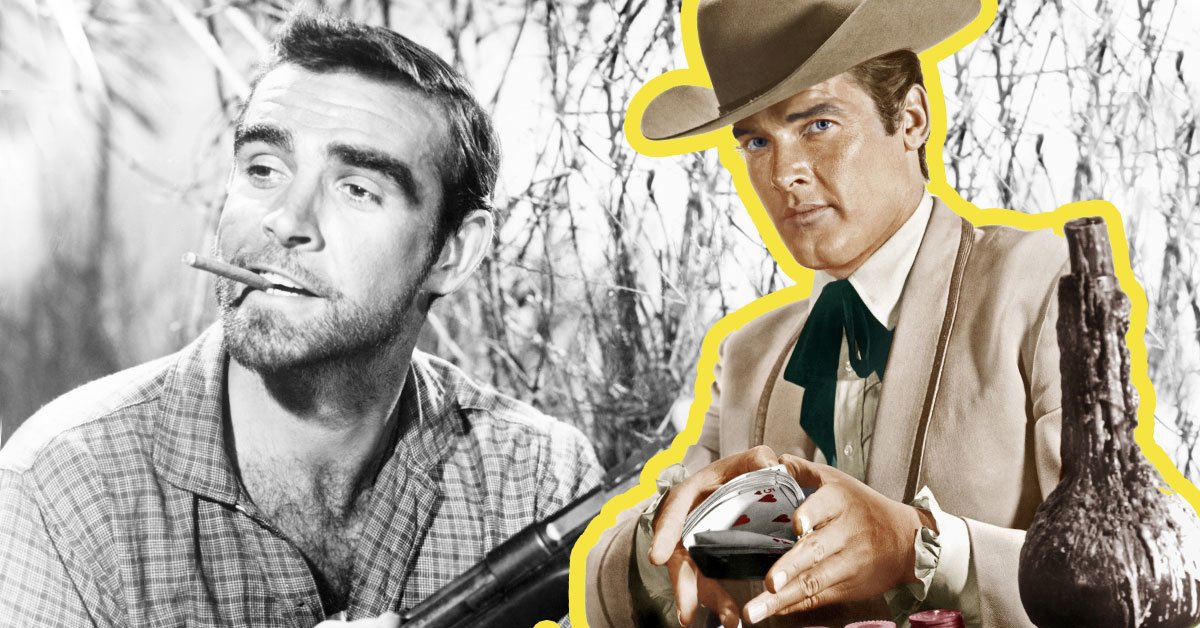 Everyone has a favorite James Bond. But your taste in Bonds might have more to do with the films themselves than the men in the role. Those who prefer a grittier, knotty spy tale might gravitate towards Timothy Dalton, Daniel Craig and George Lazenby. Those looking for laughs along with their gadgets opt for Roger Moore and Pierce Brosnan. Of course, the popular choice is the original, Sean Connery, who tonally sits somewhere in between.

James Bond adventures have always been a blend of humor and action. 007's aims his wit just as well as his Walther PPK. That mix was hardly novel. Maverick perfectly balanced punches and punchlines in the Wild West for five seasons, from 1957 to 1962. The beloved series ended just before Dr. No, the first Bond flick, premiered. In some way, the Maverick boys passed the torch to Bond, in term of luring audiences with a taste for clever action heroes. Not to mention a fair amount of gambling. Maverick and Bond are both known for their card skills.

The parallels are all the more evident when you remember that a James Bond star played one of the Maverick clan. Roger Moore joined the Western in season four, in 1960, as Beau Maverick, cousin to brothers Bart (Jack Kelly) and Bret (James Garner). Moore hopped aboard just as Garner was leaving the series. The British actor literally filled the clothes of Garner. He recalled the name "James Garner" being scratched out on his wardrobe.

But Moore was not the only actor from the U.K. considered for a part. Producers first offered a role to a certain Scottish up-and-comer. His name was Connery, Sean Connery. 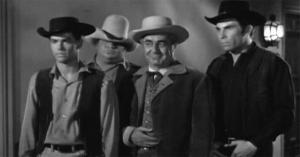 Maverick poked fun at Bonanza in one wacky 1961 episode

Biographer Michael Feeney Callan explained in his book Sean Connery: "[Connery was] offered long-term Hollywood television contracts, for Maverick and Wyatt Earp. Those proposed deals were financially modest, but either would have guaranteed him the permanent access to Hollywood he sought."

The studio flew Connery across the Atlantic. The actor enjoyed his free trip — but turned down the role. Callan explained that Connery felt he would be "short-selling himself to American television." And he wanted to be closer to his flame, Diane Cilento.

This, Moore landed the gig. Connery went on to become James Bond… until Roger Moore filled his shoes. But hopefully, this time, the studio got him his own new clothing.

NostalgiaWesterns1960s
14 behind-the-scenes photos of Clint Eastwood at work and play in his early career
Are you sure you want to delete this comment?
Close

texasluva 6 months ago
It is interesting when you find out whom could have played a certain part in movies, TV Shows and even radio. Though I would say the industry has done a damn good job of finding a person whom we enjoy in such parts. Sean Connery was sought out for a part that another Bond, Roger Moore ended up with. The Beau Maverick character started in 1959 and only 16 episodes out of the 124. This brings us back to Connery. Who turned down parts because of various reasons. One was his flame Diane Cilento (she was most certainly a looker). She was married to Andrea Volp until 1960. Okay before we go any further. The name Andrea in Italy is a manly name. Diane and Connery were married in 1962 until 1973. You can read the trivia sections in IMDb and find out things you never dreamed of. I'll take Maverick just the way it was with no reservations.
Like Reply Delete

texasluva texasluva 6 months ago
Just a side note. In Italy it was against the law do give a girl a manly name until 2012 when parents named their daughter Andrea. They rejected the name and gave the child a name of "Giulia". They took this to the Italian Supreme Courts and they ruled that girls can now be named Andrea. Also the 6th most popular male name in Italy is Andrea.
Like Reply Delete