Where To Watch Shop Store Contact
Home / Stories / The M*A*S*H episode ''Lend A Hand'' was an Alda family affair
Did you know?

Alan Alda's father and brother lent a hand to Hawkeye in season eight. 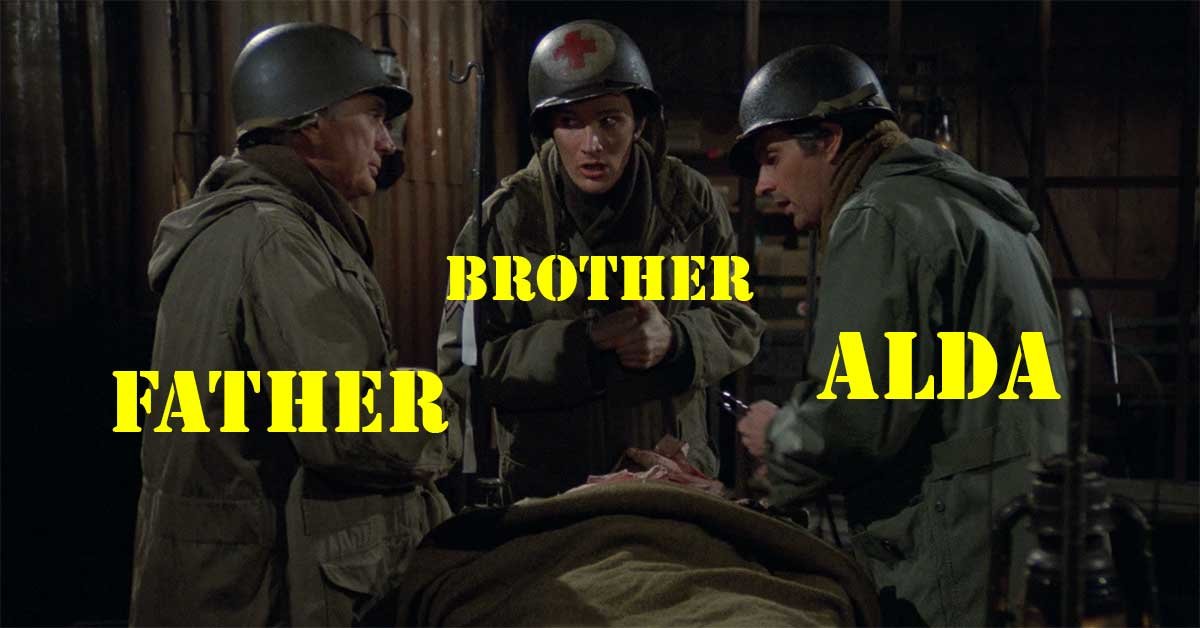 Alan Alda's last name is a clue to his true identity. The M*A*S*H star was born Alphonso D'Abruzzo, and his stage name was a mash-up of the first two letters from his first and last names. But he was not the first famous Alda.

Alphonso Giuseppe Giovanni Roberto D'Abruzzo, his father, had shortened his Italian name to Robert Alda before hitting the stage. Starting in vaudeville, the elder Alda went on to win a Tony Award for Guys and Dolls (1950). The Broadway ace also landed memorable roles on the big screen, notably in Rhapsody in Blue (1945) and Imitation of Life (1959).

The entire Alda family was no stranger to the stage. Alan's mother, Joan Browne, was a beauty-pageant winner. Robert Alba would later marry Italian actress Flora Marino and have a second son, Anthony Alda, who became who entered the family business after attending Juilliard.

By 1980, as M*A*S*H was cruising through its eighth acclaimed season, Alan Alda had become the central creative force behind the series. The star often penned scripts and directed episodes. "Lend a Hand," the twentieth episode of the season, both written and helmed by Alda, allowed him, at last, the opportunity to work onscreen with his father and half-brother at the same time. 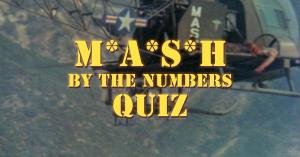 How well do you know M*A*S*H by the numbers?

Robert Alda had previously appeared on the show, turning up in season three as Dr. Anthony Borelli, a World War I and II veteran with expertise in field medicine. Dr. Borelli pops into the 4077th again in "Lend a Hand" to lecture about surgical techniques. Hawkeye meets up with Borelli in the Officers' Club, where he orders a martini… no, a scotch… no, a scotch and soda.

After the others leave the bar to hit the sack, Hawkeye and Borelli stay up to talk shop. The two end up driving through a blistering cold night to a battalion aid station. The rapport between the two characters is undeniable. It is clear that these two spent years performing routines together — or at least lovingly bickering like father and son. They have the chemistry of a seasoned comedy duo.

Take their exchange in the front seat of the truck, as Borelli tries to convince Hawkeye to dip the hunk of cheese he happens to be chewing into a jar of French mustard.

"If you're gonna eat that stuff, do it right. Here, dip it in here," Borelli says, holding out a glass jar and the truck bumps down a dark road.

"I don't want…" Hawkeye protests as Borelli jams the dangling cheese into his jar.

"I can't taste the cheese! All I can taste is the mustard!" Hawkeye protests.

"But it's darn good, isn't it?" Borelli says with a smile.

It's such a specific exchange that you have to wonder if it was lifted directly from an Alda family Thanksgiving gathering.

A Corporal Jarvis greets the two when they arrive at the battalion aid station. The young medic is played, naturally, by Robert Alda. The trio cooperates to help a wounded soldier, giving the Alda men a rare chance to appear onscreen together.

The episode had a deeper meaning beyond a simple family reunion. Alan Alda crafted the tale as a way of reconciliation with his dad. As the M*A*S*H star later recalled in a 2005 interview with The New Yorker, "[My dad] had wanted me to be a doctor, too, but I couldn’t stand the idea of touching sick people. I made him an older, controlling type of surgeon, who couldn’t get along with me. In the episode, both of us were wounded; he could use only his right hand, and I only my left hand, and that way we were able to operate together. My father was delighted."

The audience was, too.

LynCarceo 19 months ago
The young medic was played by Anthony, not Robert. I read somewhere that the idea for the story came from Robert, but Alan wrote the script.
Like Reply Delete

KYancey 49 months ago
Anthony, not Robert, played Jarvis. I own the whole series and have watched it many times from start to finish. One of my favorites, with fellow Muskegon-ite Harry Morgan, was with General Steele (three "E's, not all in a row!). His cheese slipped off the cracker! When Hawkeye called him nuts, he didn't respond, but looked a bit confused and embarrassed that he was called out. Then, near the end of the episode, at a court marshal hearing, he asked the pilot, a warrant officer of color, to sing a number before he testified and then Steele led off the number and was led off while continuing on. He (Harry Morgan) was brought back in season 4, to replace outgoing McLean Stevenson (Colonel Henry Blake), as full bird Colonel Sherman Potter. Harry Morgan was born here, in Muskegon, Michigan. The town known for Buster Keaton and most recently Civil War Gold, brought to you by the same men responsible for The Curse of Oak Island.
Like (1) Reply Delete

Don KYancey 49 months ago
Antony Alda's first name did not have the "h".
Like (1) Reply Delete

Tuckerpete 49 months ago
What is wrong with this sentence?: Anthony Alda, who became who entered the family business after attending Juilliard.
Like (1) Reply Delete

Outrider 49 months ago
The typo's in this great article almost ruin it. Please why can't you spell check??
Like Reply Delete

MrsPhilHarris Outrider 49 months ago
I think it's probably a small staff multitasking and things get missed.
Like Reply Delete