"Goodbye, Mr. Bear" was about so much more than Stephanie’s lost toy.

Full House hit its groove in its second season, steadily climbing the charts as a top-rated show by the end of the Eighties.

By this time, the show had enough fans invested in the story of the widower Danny Tanner and his funny way of parenting his three daughters with the help of his live-in best friend and brother-in-law.

But more fans for the show meant that there were more people wondering: What exactly happened to Danny Tanner’s wife?

The show took its time filling in these details, but in the second season episode "Goodbye, Mr. Bear," writers indulged fan curiosity by writing in the first and only appearance of Danny’s wife on the show.

In the episode, neat freak Danny is celebrating his favorite time of year: spring cleaning.

He asks the kids to make a box of all their toys they got sick of playing with, so he could get them out of the house and donate them to charity.

In a tragic turn of events, middle child Stephanie’s favorite teddy bear gets tossed in with the charity toys.

This is a big deal for Stephanie, not just because we all know how attached kids get to certain toys, but because the teddy bear had extra sentimental value to Stephanie. It was a gift from her late mother Pam on the day her baby sister Michelle was brought home from the hospital.

Once Danny learns why Stephanie is actually so heartbroken, he decides to show the girls some family videos from that day they welcomed Michelle home. These scenes finally gave audiences a chance to take a long look at Pamela Katsopolis Tanner.

Playing Pam was an actor who was born as Christie Mouser and at the time the episode aired was known as Christie Houser, having married Slap Shot movie star Jerry Houser in 1983.

In her acting career, Christie took various stage names, sometimes credited as Christie Kaatz or Christie Mossman. She appeared on many shows starting in the Eighties, like T.J. Hooker and CHiPs, before being introduced as the Full House mom whose cause of death is rarely mentioned.

Apart from appearing on “Goodbye, Mr. Bear,” details about Pam’s life are only briefly mentioned in a few more episodes.

In "Luck Be a Lady," we find out that Danny and Pam eloped, leading Jesse into a fistfight with young Danny!

That was certainly an intriguing piece of Pam’s history, but we had to wait until "Under the Influence" before her cause of death was revealed. 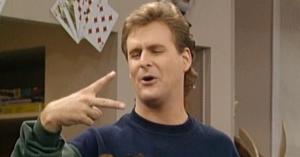 In that episode, the oldest sister D.J. discovers her friend Kimmy Gibbler intoxicated at a college party. Upset, she tells her friend that her mother died a victim of a drunk driving accident.

The final time we hear anything about Pam, it’s in an episode that’s arguably even more tragic than Stephanie confronting the loss of Mr. Bear.

In what became the series two-part finale, "Michelle Rides Again," Michelle gets thrown off a horse and loses her memory.

As part of this memory loss, Michelle asks to see her mom, forgetting she has passed away.

The family notes in the episode that normally Michelle never speaks of her mom.

The family has to help Michelle fill in the blanks, and by the episode’s end, Michelle is comforted by the promise that she can ask anyone about her mom at any time.

Beyond Full House, Christie Houser/Kaatz/Mossman/Mouser appeared twice more on TV before turning to Disney voice work in the 1990s. Her final voice acting credit came in a 2007 video game, and she’s stayed out of the spotlight since. 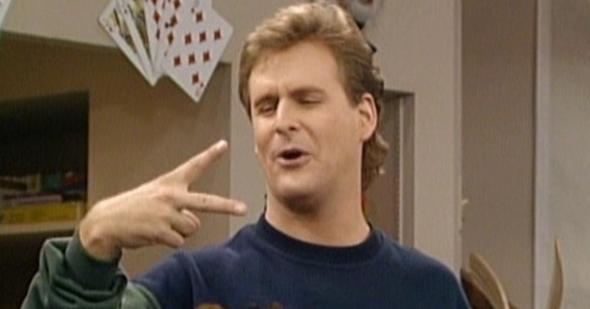 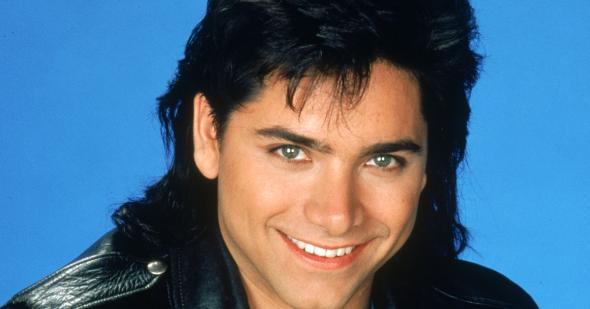 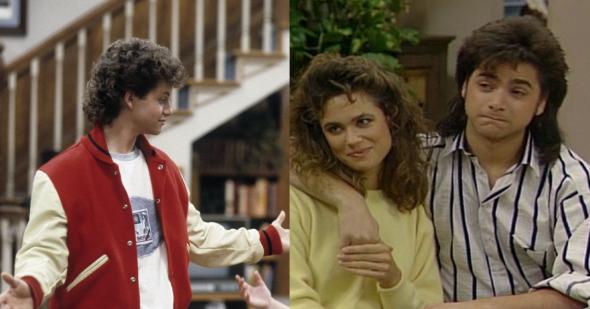 This Eighties teen icon stole Uncle Jesse's girl from Full House
Are you sure you want to delete this comment?
Close

JustGeri 3 months ago
Wasn’t the mom’s death mentioned in first episode or one of the next couple..a car accident.
Like Reply Delete

BuckeyeBeth7 3 months ago
Mouser and then Kaatz (cats)? Sounds like this one has a sense of humor! That is a funny coincidence going from Mouser to Houser. If she hyphenated she would be Christie Mouser-Houser. Or maybe she could go by the full load of Christie Mouser-Houser-Kaatz-Mossman 😆
Like (1) Reply Delete

Pacificsun 3 months ago
Good Heavens, there's more backstory to the Full House story arc, than with the ST franchise!

SOMEbody must've really, really loved that show.
Like Reply Delete

cubman 3 months ago
I shared a joint with Jerry Houser and a cameraman from MASH. My family was a guest of Bert Metcalf's at the filming of their last 30 minute episode. The time capsule episode. After the last shot was filmed and the press stormed the sets I went to the bathroom and Jerry was ripping on a massive joint. I took 2 rips and was wasted. #True
Like Reply Delete

Michael cubman 3 months ago
What was Jerry doing there? I see he was on MASH, in 1977.

He was on One Day at a Time four times, same character.

Apparently Jerry's more interesting than his wife, or the mom on Full House.
Like Reply Delete

iloveromance 3 months ago
This is one of my favorite episodes.
Like Reply Delete

Runeshaper 3 months ago
Christie Houser/Kaatz/Mossman/Mouser = YIKES! LOL Glad that the series did show Mama Tanner, even if it was a sad story.
Like (1) Reply Delete

Michael 3 months ago
Jerry Houser was "Oscy" in Summer of '42.

And more important to MeTV viewers, "Wally Logan" in A Very Brady Christmas, and the Brady series that followed.
Like (3) Reply Delete

Michael JustGeri 3 months ago
I noticed that after I posted. My excuse is I never saw Brady Brides, but I definitely saw A Very Brady Christmas.
Like (1) Reply Delete

JustGeri Michael 2 months ago
I was a Brady phanatic…watched every iteration, even the variety show with fake Jan.
Like Reply Delete