America’s #1 Classic Television Network
Find your local MeTV station
Where to watch
See when your favorite shows are on
See schedule
Personalize MeTV.com to follow your favorite shows
Free sign-up
Shop your favorite shows in the MeTV Store
Shop Now
Home / Stories / This is the nearly superhuman singer who secretly sang while Barney Fife lip-synched
Did you know?1960sDon Knotts

He famously became the voice of both God and Mayberry's deputy.

One of the biggest blockbusters to come out the 1950s was The Ten Commandments. Released in 1956, the Cecil B. DeMille film only screened in 80 theaters in the country upon initial release, but word got out how powerful this picture was, showing Moses on his mission on the big screen. Soon it was pulling in $1 million a week. That's just nuts in the Fifties.

This movie was epic. During production, pains were taken to get everything right, including the choice for the voice of God.

In this movie, the voice is manipulated with special effects, so it sounds otherworldly. For a long time, there was a myth that the voice of God in this legendary movie was some mish-mash of star Charlton Heston, director DeMille, and others on set. However, it eventually came out that the voice was just one man, who happens to have a booming bass voice that approaches the limits of human hearing.

That practically superhuman voice was Delos Jewkes, who was a singer who appeared on the big screen more than 300 times from the 1930s to the 1960s with everybody from The Three Stooges to John Wayne.

Then in 1962, Jewkes got his first TV role by joining the Mayberry choir in a beloved episode of The Andy Griffith Show called "Barney and the Choir." In this hilarious tale, nobody has the heart to tell Barney he sings off-key, and this becomes a problem when he wants to sing a solo in the next concert.

Sheriff Andy devises a scheme where he tricks Barney into using a microphone "just for soloists" that happens to be turned off. So when Barney steps up to the mic, we see his lips move silently, but from backstage, what we hear is the beautiful voice of Jewkes, as Mayberry choir member Glen Cripe.

It's pure comedy when Barney himself is surprised by the full, gorgeous tone of his own voice, becoming more and more confident as his "performance" goes on. From the choir, Andy flashes the okay sign every few seconds to amp his deputy up even more. 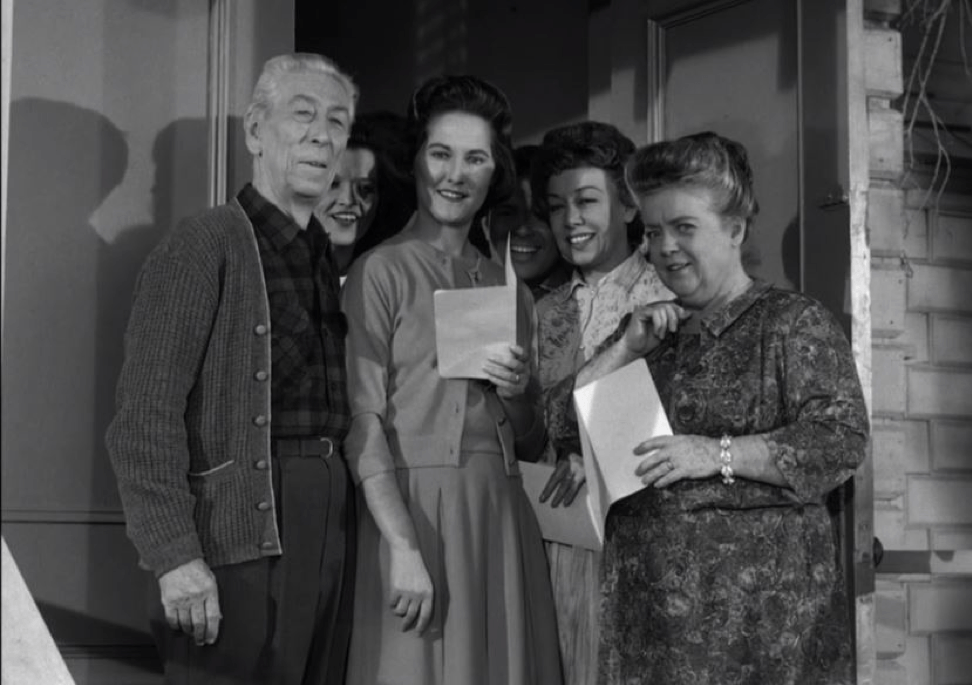 You can spot him in the background of the series finale "Mayberry R.F.D," but Jewkes would officially return to Mayberry one other time for "The Song Festers." This was another hilarious episode where Barney wishes he was the town's singing star. Jewkes played Mayberry resident Glen Cripe. (Andy Griffith's wife, Barbara, also happens to appear in this episode!) Only this time, "Barney's" surprisingly smooth vocals came from a different unexpected source: Gomer Pyle.

Of course, Jim Nabors had the voice of an angel, and knowing how powerful Jewkes is as a singer makes watching him as Glen Cripe admire Gomer in this episode even more sweet and authentic. Great singers clearly recognize great singers.

Good thing for Barney, he doesn't need to be a great singer, because he's already the greatest deputy Mayberry could ask for. However, big fans of Barney would be upset if we didn’t mention, Don Knotts is no slouch of a singer, either. The Andy Griffith Show even proved it once in the very first season during "The Guitar Player." Rewatch that one and you’ll hear Barney backing up Andy singing an old song called "New River Train," harmonizing easily with his BFF, the singing sheriff (whose voice was also golden).

NewsObituaries
R.I.P. Jerry Stiller, who took his comedy from The Ed Sullivan Show to Seinfeld 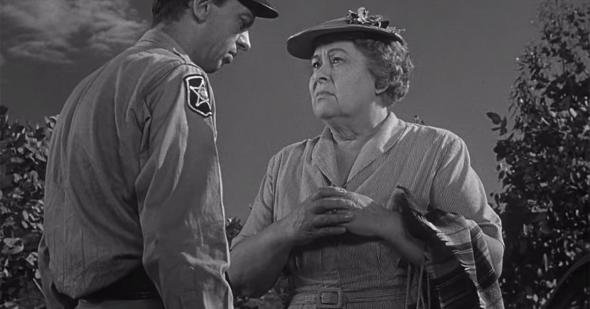 Did you know?Don Knotts
The woman who played Barney Fife's mom owned more of Mayberry than you realize

STTOS 17 months ago
Though it does have some funny moments this is not one of my favorite episodes. Mostly because not even Barney is so stupid as to think that is his voice he hears when he is barely making a sound into the "solo" microphone. Just not believable. Also why the search for a new tenor when they have Mr. Jewkes already there?
Like Reply Delete

lucirush 20 months ago
Just saw this episode earlier this week. That man really did have a great voice. Didn't realize he was the Burning Bush voice of God in The Ten Commandments. Always heard it was Cecil B. that did it.
Like (1) Reply Delete

jholton30062 20 months ago
Every time I see that episode, I end up yelling at the TV. "Hey, John Masters, tell him yourself! You're the choir director!"
Like (2) Reply Delete

Beta6 20 months ago
I loved that episode and to this minute when I see it, it always makes me laugh out loud; especially when I see Barney's face as that voice comes out. Delos is a fantastic singer. Don Knotts is as much fun to watch as any character I have seen.
Like (1) Reply Delete

KathyMcKinny 20 months ago
Delos is a fantastic singer.....but 'otherworldly' is stretching it. I have heard singers MUCH better than him.
Like Reply Delete

MarioSmith KathyMcKinny 20 months ago
"In this movie, the voice is manipulated with special effects, so it sounds otherworldly." His voice was manipulated to get the "otherworldly" sound in the Ten Commandments.
Like Reply Delete

Cindy 20 months ago
METV is my favorite!
Like Reply Delete

ASperos 20 months ago
Barney and the Choir is my favorite episode ever!!!!
Like (1) Reply Delete