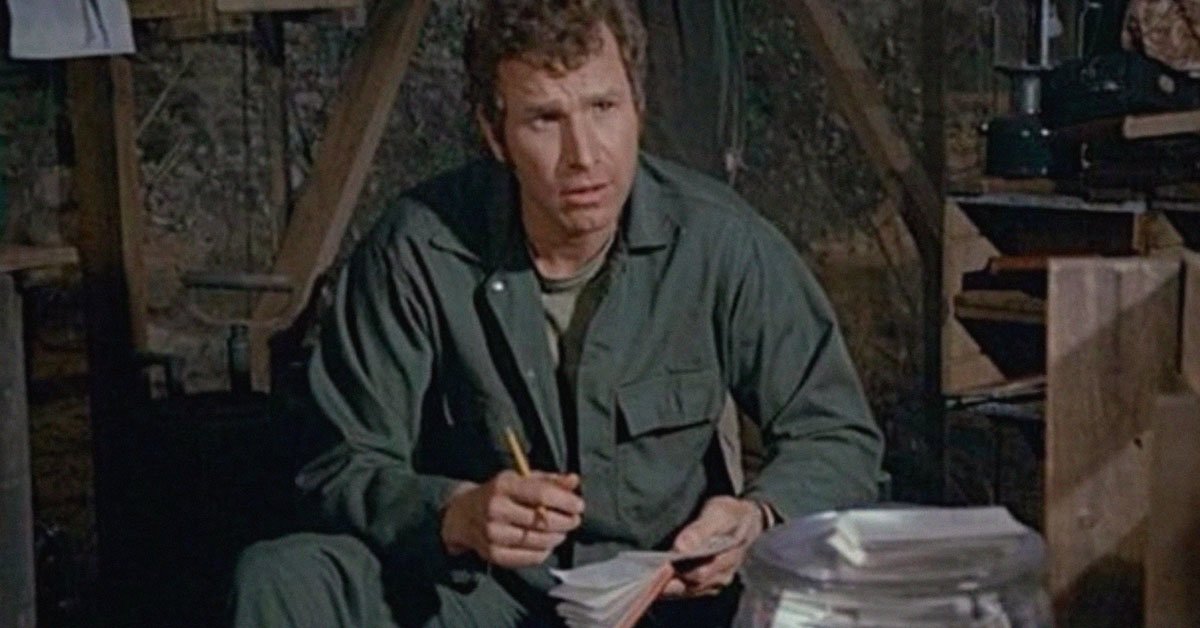 M*A*S*H was one of the most popular shows ever to hit the airwaves. It followed the lives of the doctors and nurses at a mobile combat hospital during the Korean War. It lasted eleven seasons — eight years longer than the actual war in Korea.

A big part of the show’s appeal were the fantastic characters. The naïve clerk “Radar” O’Reilly, the no-nonsense nurse Margaret Houlihan and the well-meaning priest Father John Mulcahy are just three of many favorites.

The series was led by Alan Alda as Captain Benjamin Franklin Peirce, better known as Hawkeye. For the first three seasons, Hawkeye’s friend and fellow prankster was Trapper John McIntyre, played by Wayne Rogers. But just like episodes of the show, the comradery and fun among the cast had moments of serious drama. 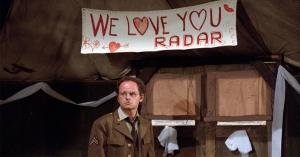 The duo started as relative equals, sharing screen time and funny bits. Soon, however, Alda took on a more creative role beyond just acting — he started directing episodes as well. The writers gave him more and more of the comedic material with Rogers playing the straight man.

Rogers believed he was playing second fiddle to Alda and no longer wanted to be a part of the show. He quit after the show’s third season. The producers balked and immediately filed a lawsuit. It seemed like a clear-cut case of breach of contract.

But Rogers, much like the character he played, had done something sneaky.

When he was originally cast, he objected to the contract. He thought the "morals clause" was unnecessary and outdated. He started work on the show without ever officially signing the document.

This made it easy to leave the show years later when things didn’t go his way. His relationships with his fellow cast members, including Alda, remained friendly but Rogers ultimately decided to pursue other things.

MadMadMadWorld 14 months ago
The author on the MeTV staff misspelled the last name: Captain Benjamin Franklin Peirce. Should be 'Pierce'. Interestingly, there are two famous names in the three for his full name: Benjamin Franklin (everyone knows about him), but then the relatively forgotten Franklin Pierce (14th U.S. President, (D-NH) 1853-57).
Like Reply Delete

Rodh 27 months ago
Loved Trapper John. him and Hawkeye against Frank was just so funny. Larry Linville was superb. comedic brilliance. 1st 3 seasons the best. once Henry and Trapper left is was the start of the downhill, tho up to Season 5 was good. BJ i thought was a great replacement for Trapper, as was Col Potter. different characters but has good lines and good parts and character development for the show as replacment parts.. BJ was good initially and kept the humor up and helped Hawk menace Frank. but once Margaret left for Penobscots, Frank was listless and once he left, it all went down hill. i thought Potter & BJ were great replacements for Henry and Trapper. but Charles character was abysmal as replacement for Frank. unfunny and annoying and pompous and irritating. then BJ got all serious and so did Alan alda writing and directing many episodes, it became all morals and so not what it was meant to be..,. ie a comedy. could you imagine if seinfeld went this way.??? couldn't stand the later series, didn't watch from about season 7 or 8 on. too painful. too serious. not fumy and morals forced down our throats. no thanks. never even seen GFA the finale. it looked pathetic too. 1st 3 seasons and maybe up to 5 the best. forget the rest.
Like (2) Reply Delete

JohnTaylor 30 months ago
M*A*S*H is one of my favorite shows. And as much as I enjoyed Wayne Rogers and McLean Stevenson. If the original cast would have stayed throughout the entire series. It wouldn't have lasted as long. The change of cast brought about new stories, with new personalities. Most not all long running shows such as NCIS, CSI and others go through a change of cast. It just makes the series more interesting. And yes there will always be characters that I will miss.
Like (1) Reply Delete

Dee48 32 months ago
Alan Alda is grossly overrated. Mike Farrell isn't a versatile actor. The first three seasons were the best, downhill from there.
Like (2) Reply Delete

Duskblaze Dee48 31 months ago
You actually got that backwards. The show started downhill and picked up later. The chemistry of the cast didn't really gel until the later seasons.
Like (1) Reply Delete

Rodh Duskblaze 27 months ago
yeah nah ! first seasons the best. got too serious and moralistic after seasons 7 or so. i dont want morals pushed down my throat when im looking for light comedy relief ! no thnx. Season 1-5 the best by far !
Like (2) Reply Delete

Rodh Dee48 27 months ago
yeah agree. Tho Alan alda was excellent in the early seasons. then he became way too serious and involved in giving us moral lessons about life and war. he wrote many episodes later and directed them too. all the ones he did were grossly terrible and with some woke message that we needed to learn. nah just give me the comedy thnx. you could see the work and ones he wrote. just unfunny dramatic and horrible. Sorry alan, good early on, not interested in your later rubbish.
Like (1) Reply Delete

Nightshade1972 Dee48 21 months ago
You're right about Alan Alda, but I always liked Mike Farrell.
Like Reply Delete

Utzaake 32 months ago
Reminds me of the 1976 Major League Baseball season between the Peter Seitz decision that overturned the reserve clause and the start of free agency. Many ballplayers that year refused to sign their automatic contract renewals in order to become free agents at season's end.
Like Reply Delete 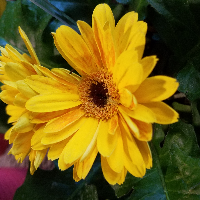 Marty53 32 months ago
Trapper John was much funnier than Hawkeye. MASH should have worked to keep him. BJ was never the right character to replace him with. There needed to be someone totally different. So the comparison between the Trapper and BJ wouldn't have been there. Maybe a doctor who was of ethnic origin.
Like Reply Delete

Pacificsun 32 months ago
An interesting story. In the day, when such popular stars left a show, it was usually framed as creative differences. Doing so allowed the performer to continue being marketable in their career. Just wondering if not having the signed the contract also gave Wayne Rogers less footing to renegotiate his salary. Quite often money is used to solve a lot of "creative differences" no doubt he wanted compensation for the value he felt (and did) bring to the series, no matter how the story arc (meaning the direction of the storyline) changed. M*A*S*H is indeed a great (and very unique) show!! And was primarily successful because of the ensemble acting!!
Like Reply Delete

madmark1 32 months ago
Mash is a show that’s one of my all-time favorites. I mean who doesn’t like Mash. I prefer the earlier episodes with Trapper in them he was a great actor and probably didn’t get the credit he deserved.And there was the man that everyone loved to hate Frank Burns played by Larry Linville even though because of his personality he was very unlikable but he had exceptional comedic skills kind of like Barney Fife on Andy Griffith Don Knotts who played Barney was a great comedian but likable but what made Frank Burns so funny is he was unlikable in a very funny way if that makes sense. Their comedy styles were very similar but the big difference Barney was a likable character and Frank was the character everyone hated.Mash was a great show for a very good reason and had very talented people.That’s why It stayed on the air for many many years.
Like Reply Delete