Meet Tom Pfrogner: Inside the Collection 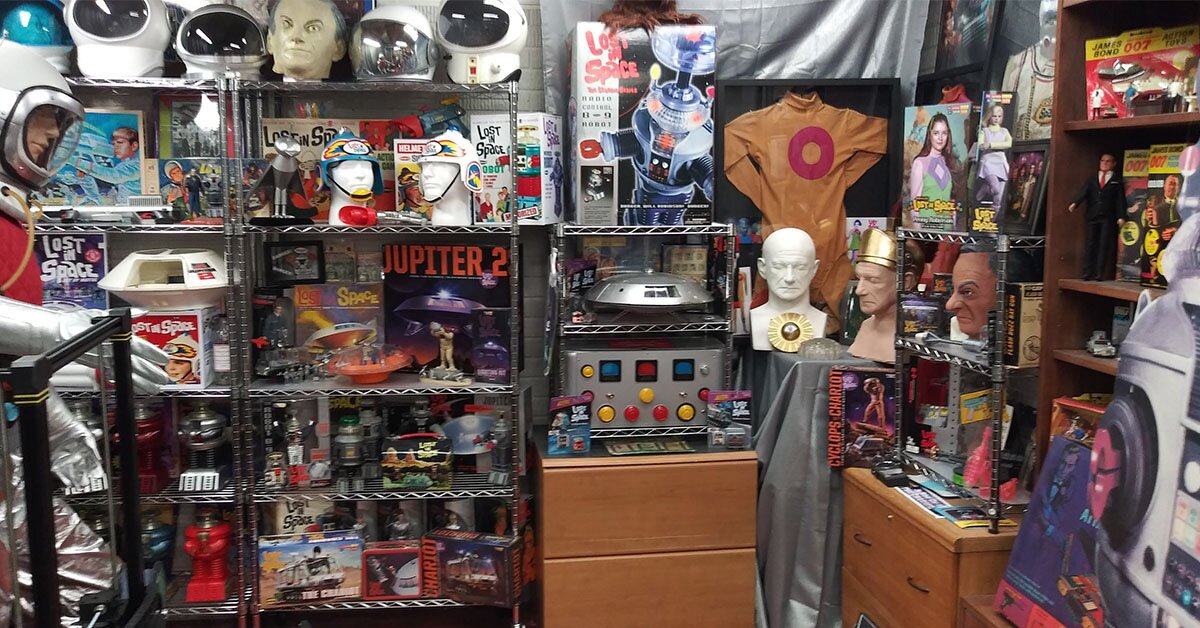 Take a closer look inside this out-of-this-world collection!

Tom Pfrogner is not your average Lost in Space fan. This high school band teacher has outfitted his basement with an incredible life-sized reproduction of the Jupiter Two Flight Deck and talking B9 Robot which accompanies his impressive collection of screen-used and screen-worn props and costumes from the cult-classic TV shows. Joining Lisa is Doug Hines, a fellow Lost in Space fan and builder of movie and television prop recreations. Doug appraises this out-of-this-world collection and offers Tom a trade for one of his beloved items for another rare piece of Lost in Space history. 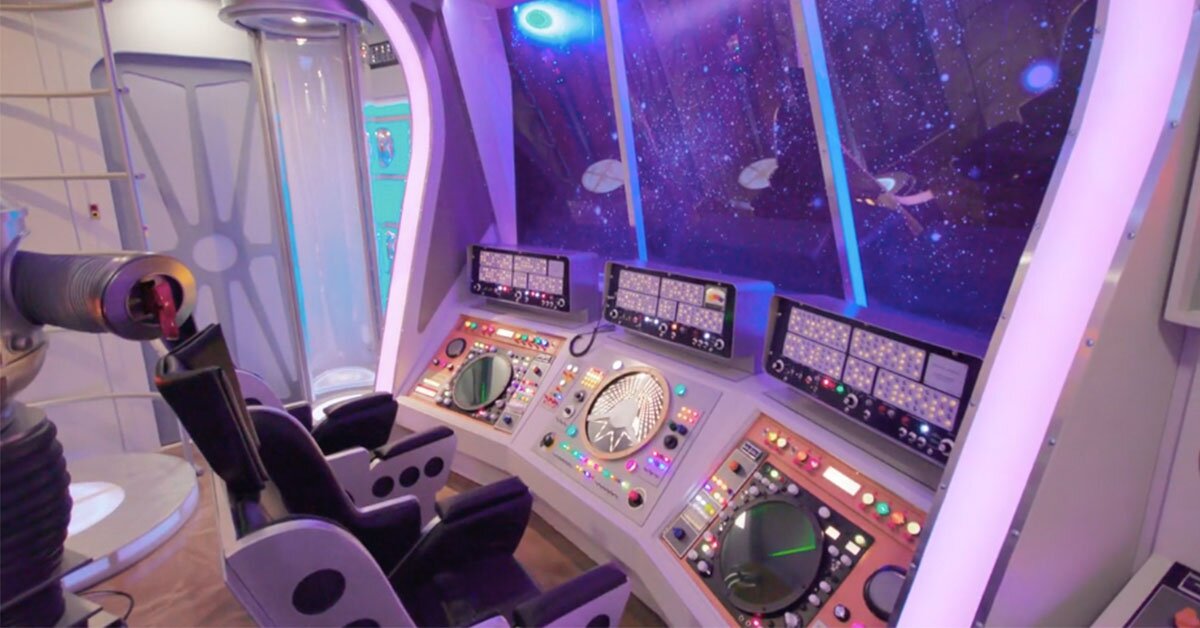 A former air force base electrician who worked on flight simulators helped Tom build this recreation of the Jupiter Two flight deck, based off of blueprints and pictures of the TV show to ensure accuracy. 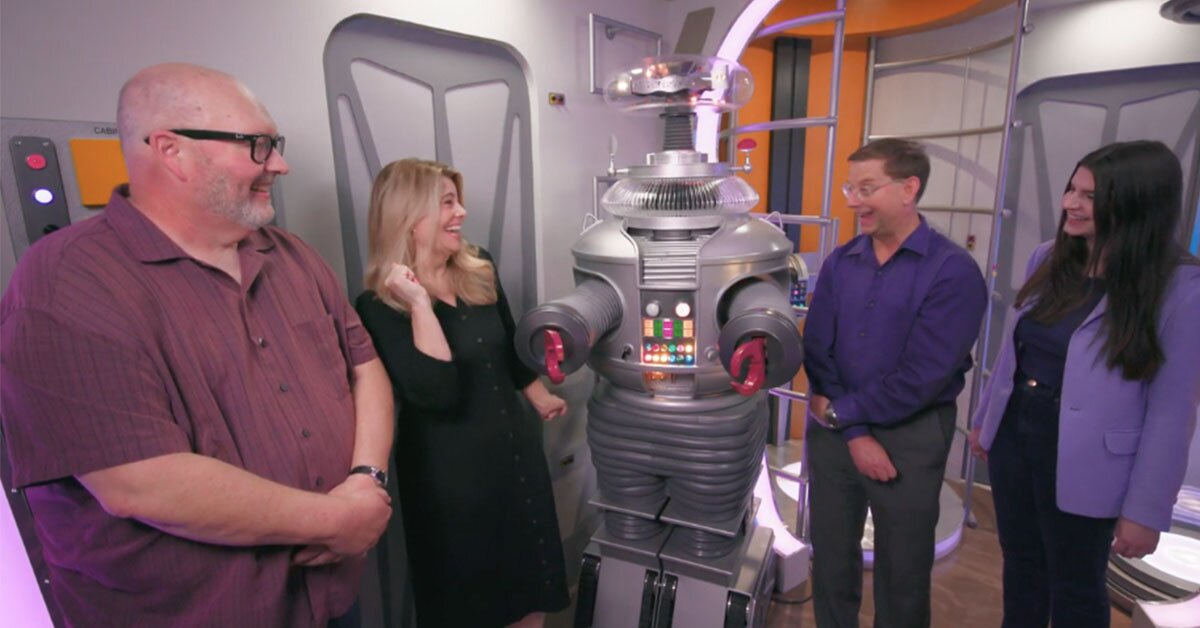 Tom was at a comic-con when he learned of the B9 Robot Builders Club. After joining, he bought this robot from a member and restored it himself! 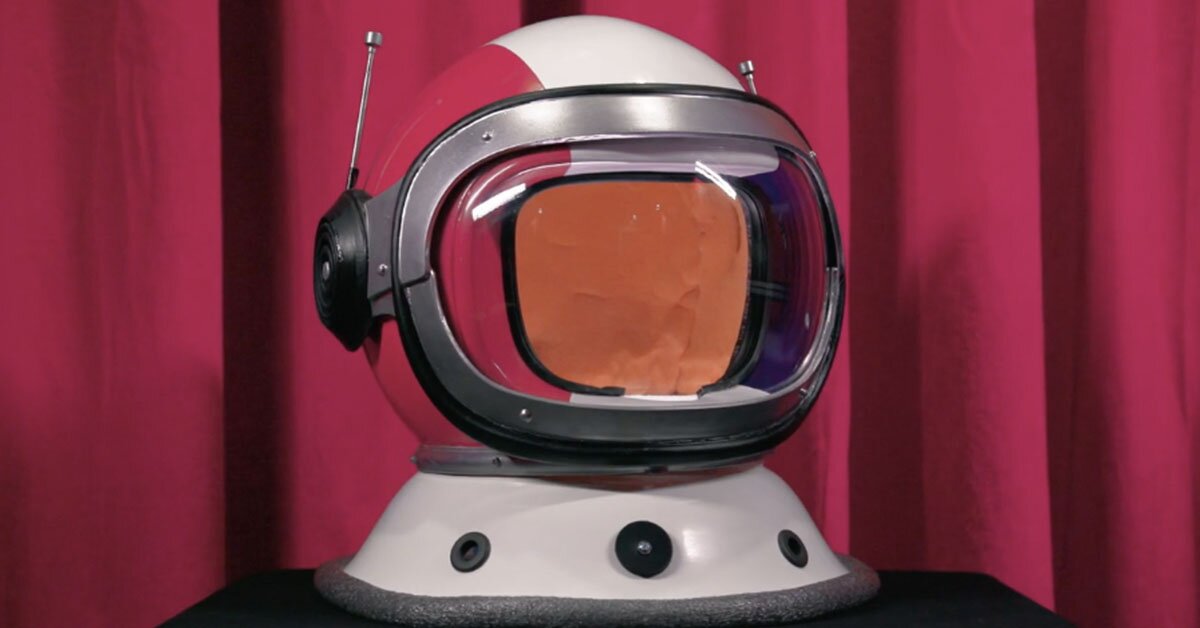 When Tom bought this helmet from Planet Hollywood, it was badly in need of repair. This helmet, worn by June Lockhart in the first two episodes of Lost in Space, is now the crowl jewel of Tom's collection. 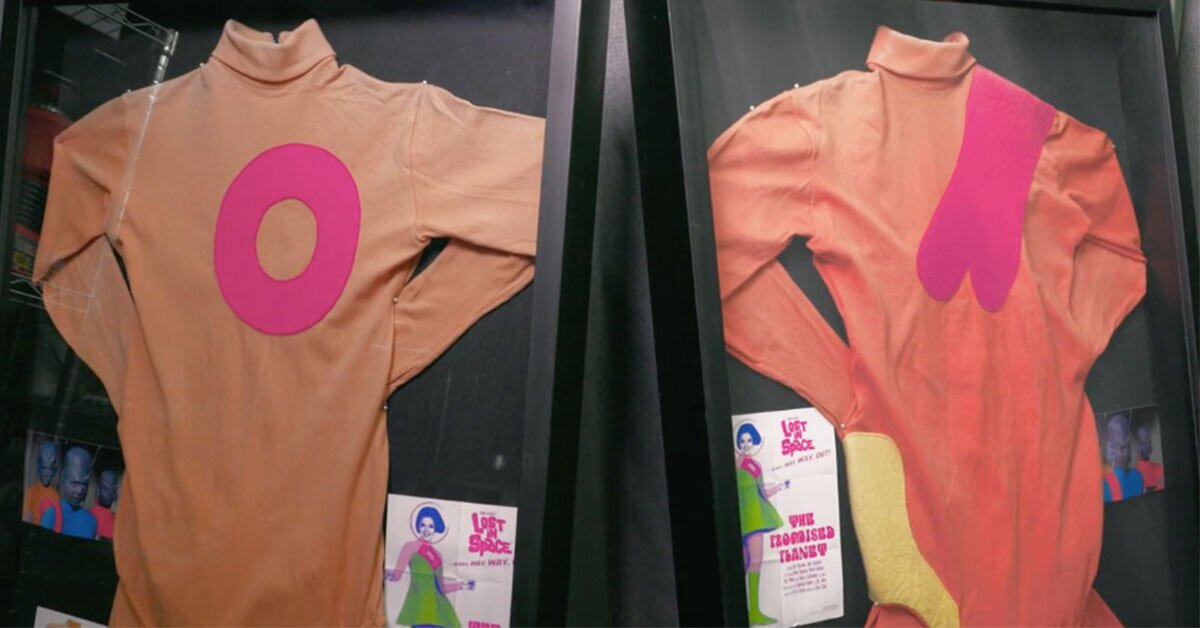 "The Promised Planet" was a memorable episode with go-go boot-wearing psychadelic aliens. Tom bought these both for $3,000, but with the paperwork that certifies authenticity, they're worth over three times that - each! 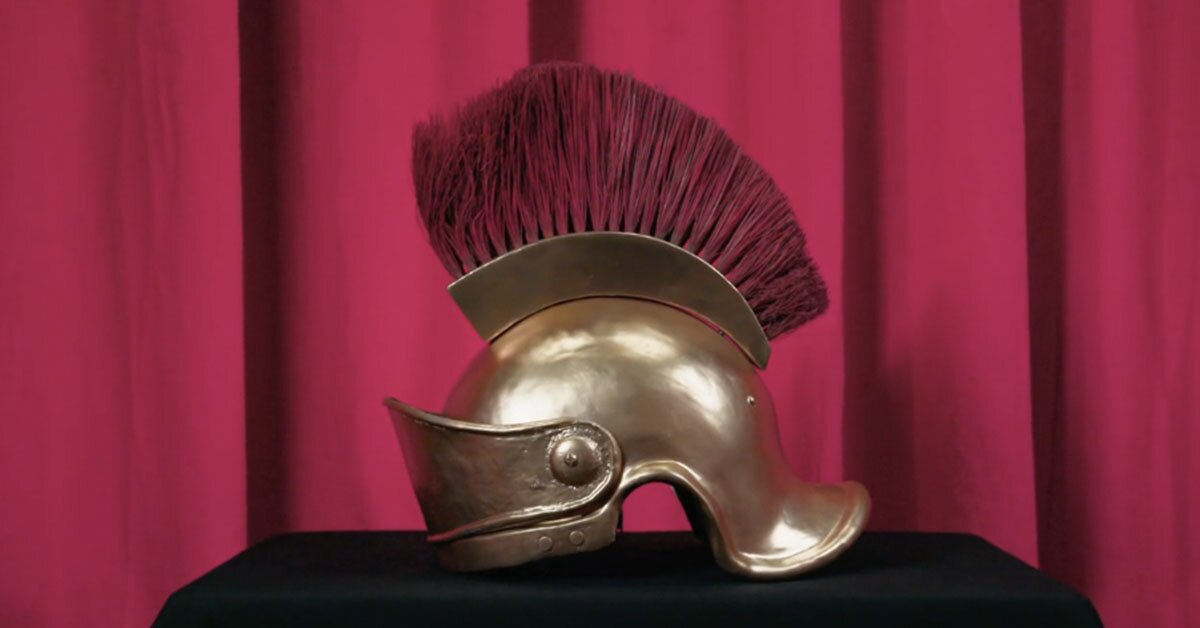 While Jonathan Harris wore this on an episode where he dressed up in Roman garb, it may be in even more TV history. This was from the 20th Century Fox Department, which means it could have been in Cleopatra, Ben-Hur, or even Star Trek. 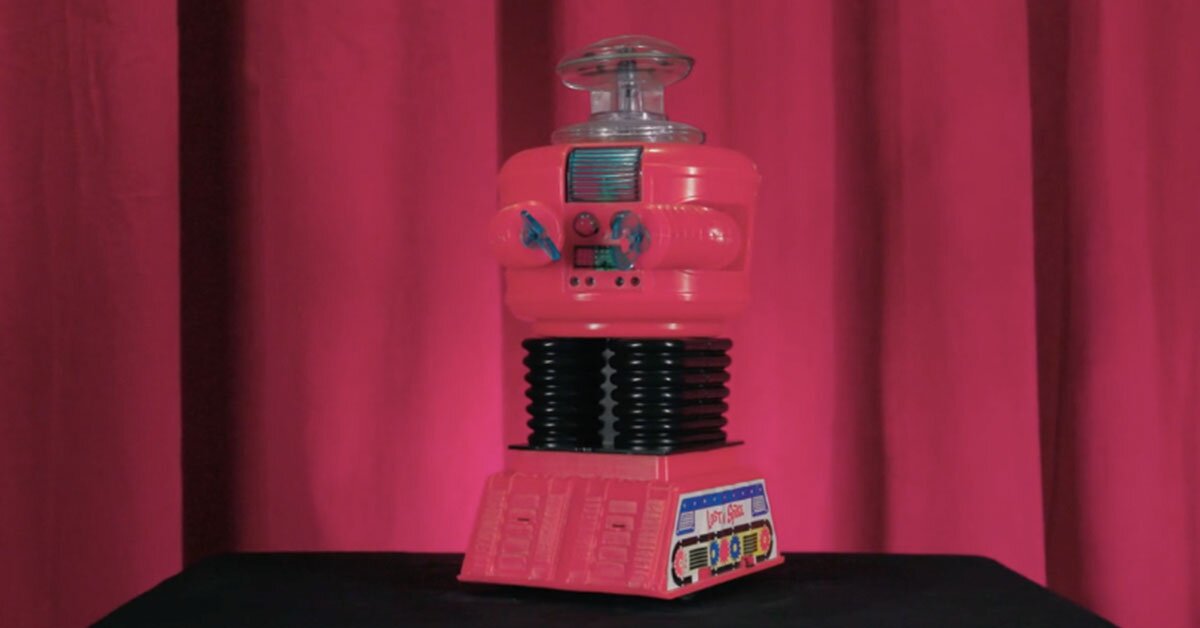 This toy was Tom's very first Lost in Space toy. Originally purchased for $7.95, now our expert values a mint-in-box version at $1,000. 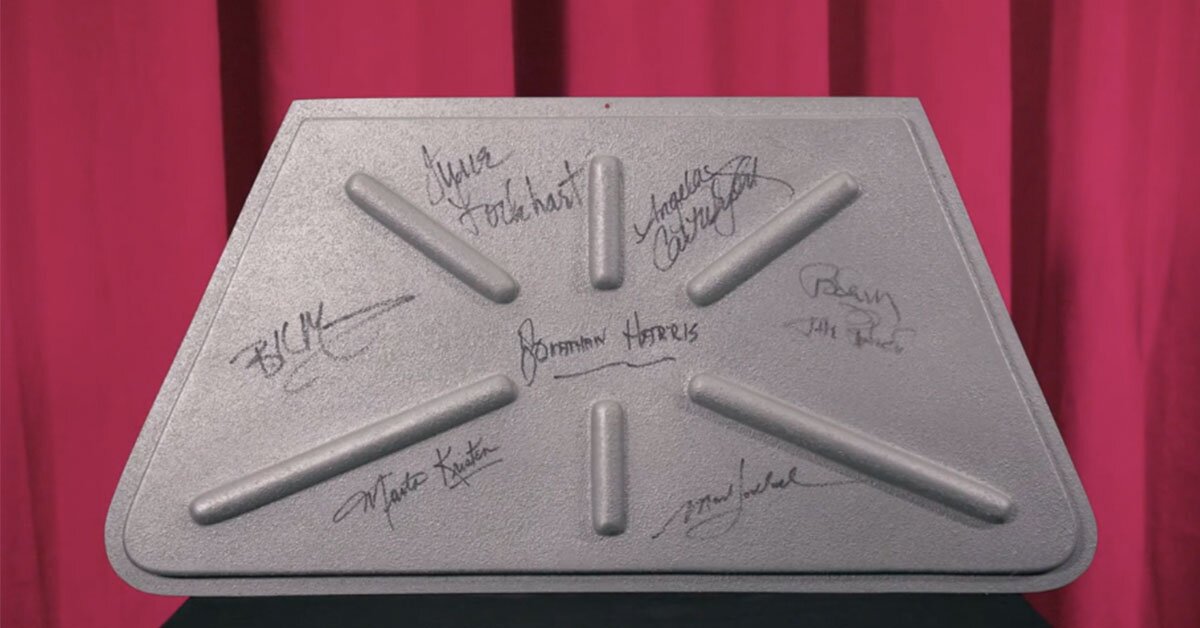 Our expert has brought this out-of-this-world item to trade. This side robot panel has been signed by the full Lost in Space cast, including some who have since passed away. It's an impressive item for sure. But in exchange, our expert wants... 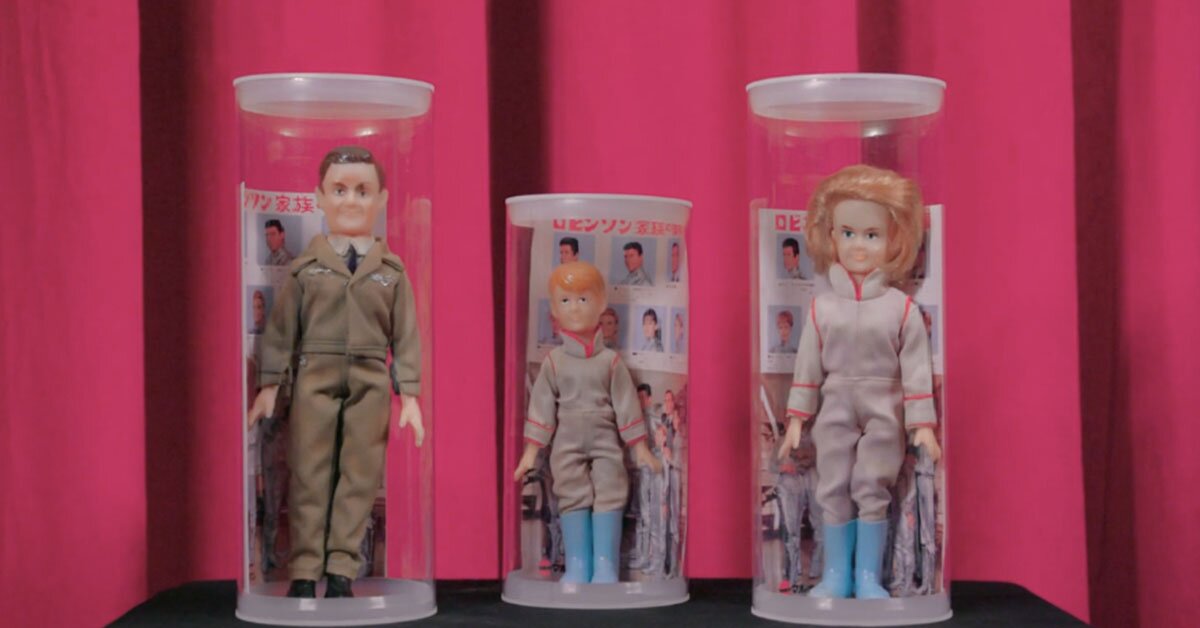 These rare Japanese toys are hard to come by. Tom has three of the characters, including a mint Dr. Smith, who's the rare get in the set. Will he make the trade?

AlbertCarpenter 10 months ago
I love to watch lost in space I do have the DVD set to watch I wanted to watch collectors call but I miss this episode.i will catch it soon.
Like Reply Delete

TomDaugherty 10 months ago
Many thanks to all of you who watched our “Lost In Space” Collector’s Call episode on MeTV. We appreciate all your support and comments. I wanted to give a special thanks to our film crew and producers Diana Bodkins and Krissy Cox. They were so easy to work with and their production and editing was just excellent. Another special thanks to my daughter Tracie who was the best assistant and to Doug Hines our appraiser and collection expert. A major thanks to our host Lisa Whelchel who made us all feel so relaxed with her questions and delivery. We want to thank our “Lost In Space”
original cast member Marta Kristen who went above and beyond for her cameo appearance. And finally the builder and
his crew that took my dreams and made them a reality: Brian Miller and Rudy Chapski the electronics wizard.

Filming on the Jupiter Flight Deck was just like being back in 1965 on the original set of “Lost In Space”. Late during the afternoon, I assembled the crew and Lisa to recreate a tradition that Jonathan Harris (Dr. Smith) did during a long day of filming. To honor his memory and his tradition, I passed out to each crew member and Lisa a "Tootsie Roll Pop" just as Jonathan would as a treat.

To commemorate this “historic” event in our house, we dedicated our green office and named it “The Lisa Whelchel Green Room”. This was Lisa’s dressing room during her stay.
It’s now famous! Again, thank you all. The adventure continues……………….. 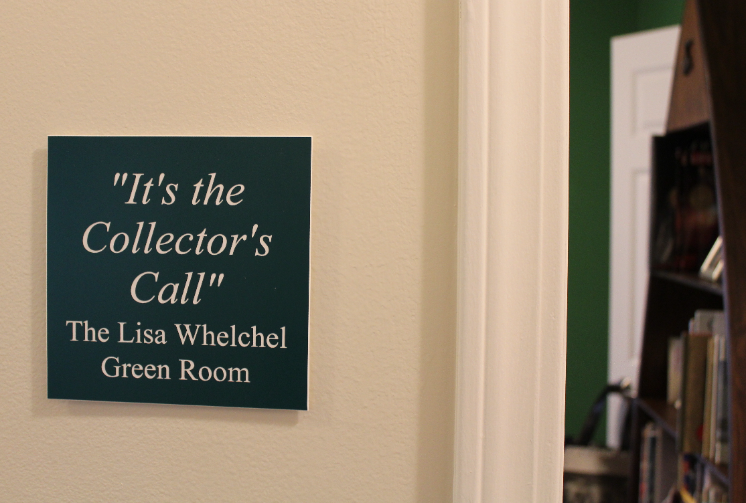 drlasvegas89119 10 months ago
I'm completely confused about the trade. It was never mentioned that IT WAS NOT A FULL CAST SIGNING ! Guy Williams (John Robinson) was not on it. Yes he was almost impossible to get an autograph from.
Like Reply Delete

Jim_TV 10 months ago
"based off" is always incorrect. It is based on, not off.
Like (1) Reply Delete

BrettLambert 10 months ago
The "Full Cast" signed panel is not the full cast! It's missing the signature of Guy Williams (John Robinson).
Like Reply Delete

JordanMoller 10 months ago
Also, special recognition goes to fellow Lost In Space bridge set designers and owners Bill Hedges and Scott Blais for their help with providing Tom with vital info to build his own Jupiter 2 bridge set.
Like Reply Delete

TomDaugherty JordanMoller 10 months ago
Hi, Bill Hedges and Pat Burns was my inspiration for the flight deck. All of the designs where by myself and my building crew. I had my own set of drawings to work from as well as looking at countless photos. Special recognition goes to my basement builder Brian Miller, who made this all possible. It was a "team" effort. 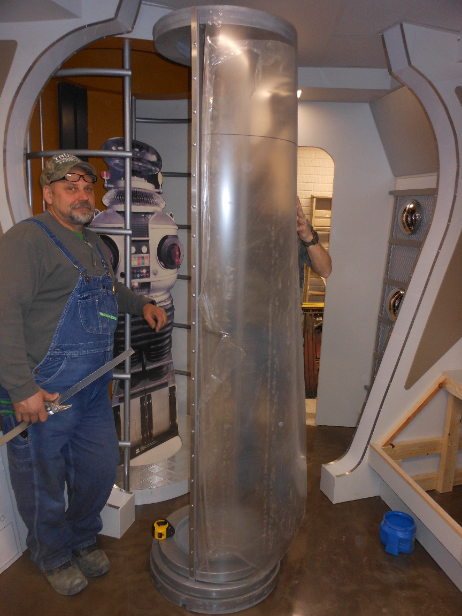 JordanMoller 10 months ago
I wish your episodes were watchable on this web site. Our reception of broadcast METV is not always the best.
Like (1) Reply Delete