10 things you never knew about Rocky and Bullwinkle 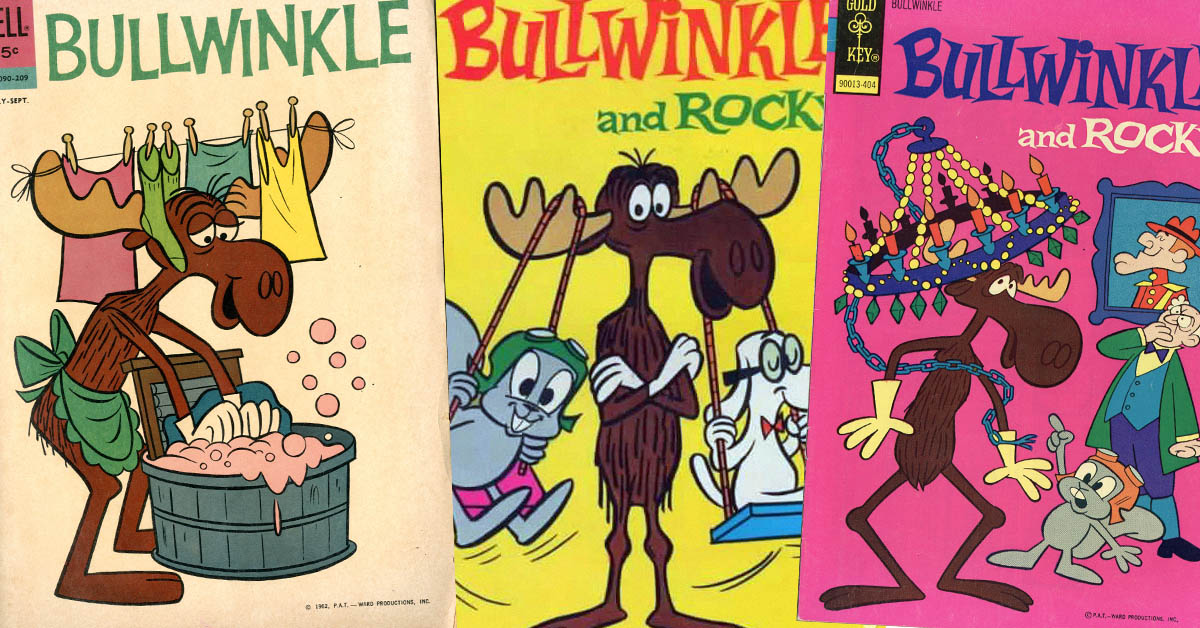 In 1959, two foreign spies named Boris Badenov and Natasha Fatale began their long fued with Rocky the Flying Squirrel and Bullwinkle the Moose. You could call it a "Cold War," because it took place in frigid northern Minnesota. Plus, that's just the kind of pun that Bullwinkle would make.

The beloved characters made their debut on Rocky and His Friends (later known as The Rocky and Bullwinkle Show) on November 19, 1959. The cartoon also introduced instant classics in Dudley Do-Right, Mr. Peabody and Sherman. A product of Jay Ward Productions, this animated classic has spawned comic books, toys, apparel and numerous reboots over the decades. Kids today still know the names of Rocky and Bullwinkle.

But we bet there are still some things you might not know about this cartoon. Let's dig a little deeper into the history of the moose and squirrel. 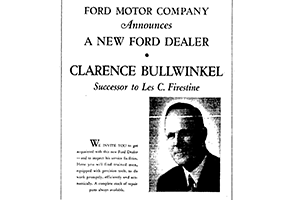 Creators Jay Ward and Alex Anderson were natives of the San Francisco–Oakland area. When coming up with a name for their iconic moose, the duo looked to a Ford-Lincoln-Mercury dealer in Berkeley named Clarence Bullwinkel, who had been selling cars in the city since 1940.

2. The co-creator of 'The Mary Tyler Moore Show' and 'The Munsters' was a writer on the cartoon. 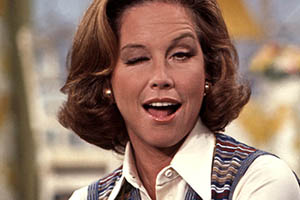 Allan Burns began his television writing career as a scribe for Rocky and Bullwinkle cartoons, alongside head writer Bill Scott (the voice of Bullwinkle) and Chris Hayward. Burns and Hayward would go on to create both The Munsters and My Mother the Car. Burns would later team with James L. Brooks to create The Mary Tyler Moore Show. A whole slew of classic television can trace its roots back to that cartoon.

3. Rocky and Bullwinkle are related to Cap'n Crunch. 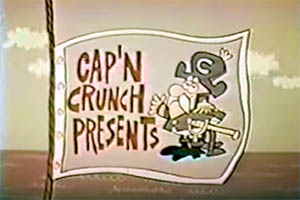 Allan Burns also created the cereal mascot Cap'n Crunch for Quaker Oats. The commercials were animated by Jay Ward Productions, giving them a similar look and feel to The Rocky and Bullwinkle Show.

4. General Mills was a sponsor. 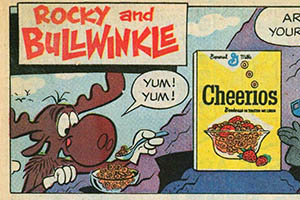 That is not the only breakfast cereal link to the moose and squirrel. The cartoons were sponsored by General Mills, which made sense. The cereal manufacture was based in Minnesota, the state in which Rocky and Bullwinkle lived.

5. Rocky and Bullwinkle almost had a fox, bear and crow for friends. 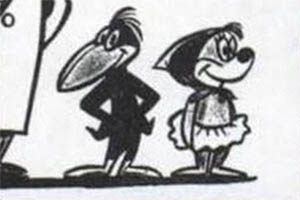 The characters of Rocky and Bullwinkle had their origin in The Frostbite Falls Revue, a cartoon pilot which failed to sell. That show was similarly set in Frostbite Falls, Minnesota, a fictional town based on the far northern International Falls. Rocky and Bullwinkle had more friends, including Sylvester Fox, Blackstone the Crow, Flora Fauna and Oski the Bear. That Oski the Bear seemingly had no relation to Oski to Bear, the mascot of the Cal-Berkeley Golden Bears.

Image: Alex Anderson via The Moose That Roared

6. The cartoon was animated in Mexico. 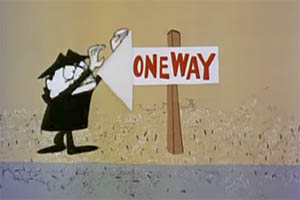 Despite its setting of Minnesota and production base of San Francisco, The Rocky and Bullwinkle Show was outsourced for animation to a studio far south in Mexico, which had been set up by the advertising agency behind General Mills. This studio became notoriously unreliable in its quality, often letting colors change or mustaches disappear on characters. 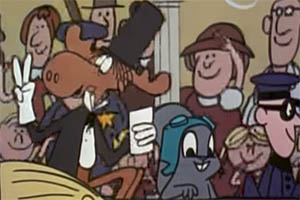 Immediately following American Bandstand on the ABC network, The Rocky and Bullwinkle Show dominated daytime in 1959 with its after-school time slot of 5:30PM. Two years later, the show jumped to NBC and Sunday evenings, where it lost viewers to Lassie.

8. A Bullwinkle puppet provoked thousands of kids to break their TV sets. 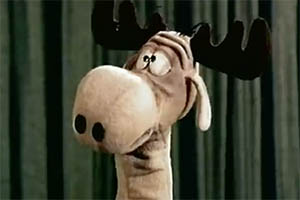 After moving to NBC, the toons featured live-action bumpers starring a Bullwinkle puppet. The moose found himself in hot water in the early 1960s when he encouraged kids at home to tear the knobs off their television sets. "That way we'll be sure to be with you next week!" he ensured. Of course, children went and did just that in approximately 20,000 homes, causing a flood of complaint letters. The puppet lost his job after that.

9. William Conrad was the narrator of the cartoon. 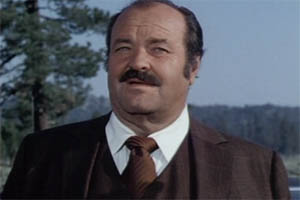 Before he starred in Cannon, William Conrad was a venerable voice actor, most notably as Marshal Matt Dillon on the long-running Gunsmoke radio program. He also did lighthearted fare, including the narration work on The Rocky and Bullwinkle Show. At the end of each episode, he would tease the punny title of the next installment over a cliffhanger.

10. The voice of Boris was also the voice of Santa Claus and John Lennon. 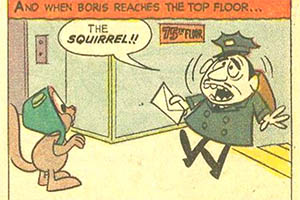 Versatile cartoon voice actor Paul Frees provided the voice to the nefarious Boris Badenov. He had hundreds of other credits on his resume, including Santa Claus in the perennial Christmas staple Frosty the Snowman (1969). Oh, and he also voiced both John Lennon and George Harrison in the 1965 Beatles Saturday morning cartoon. Liverpool, North Pole, Russia — Frees could do any accent.

SEE MORE: 12 FAR-OUT THINGS YOU NEVER KNEW ABOUT 'THE JETSONS' 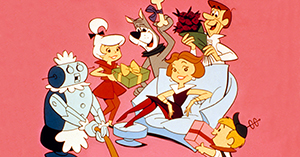 They may have lasted just one season, but what an impact this 2062 family made. READ MORE

LittleMissNoName 28 months ago
Fearless Leader: Get Moose and Squirrel!
Like (1) Reply Delete