From Kukla and Ollie to ALF and beyond. 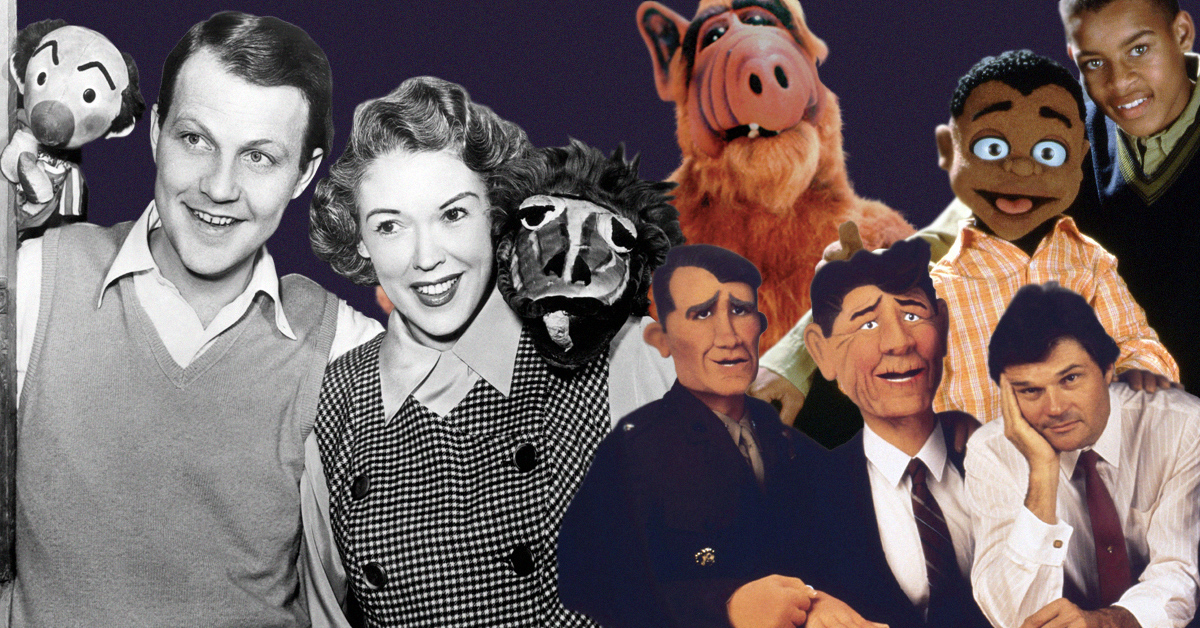 Every television production needs many helping hands, but a few brave shows have put those hands inside puppets. Whether they be made of felt, foam, rubber, wood or socks, puppets have been a steady presence on television since the inception of the medium. In fact, puppets predate humans on TV. The first image ever seen on a demonstration of television was that of Stooky Bill, a ventriloquist's dummy's head broadcast in the basement of a London department store in 1925.

In the early days of network television, following World War II, puppets could be seen in several popular shows. Children's television has largely been the realm of the puppet. Howdy Doody was a staple after school for young Boomers throughout the 1950s. Sid and Marty Krofft took kids to trippy worlds with their puppet-heavy shows like H.R. Pufnstuf in the late 1960s and early 1970s. Mr. Rogers and Captain Kangaroo had puppet friends, and there is Sesame Street, of course.

But we wanted to focus on the rare puppets that made it to primetime. While countless puppets have popped up on Saturday mornings, far fewer have mingled with human actors in network sitcoms. Here is a brief history of TV series that showcased puppetry after dinner time.

Which ones did you watch? 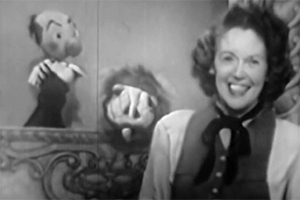 Built of wood, early television sets somewhat resembled a puppet show booth one might see at a Punch and Judy performance. No wonder early broadcasters thought to put puppets on the small screen. This beloved favorite payed homage to this centuries-old tradition of puppetry, with Kukla and Ollie, the one-toothed dragon, delivering jokes and slapstick alongside their human friend Fran. Incredibly, the entire show was ad-libbed. This original series led to several subsequent comebacks, including stage shows all the way up into the 1980s.

2. The Adventures of Lucky Pup 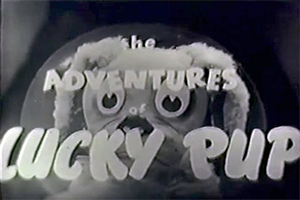 An early product of the CBS network, this show ran Monday through Friday at 6:30PM. Eventually, the title morphed into Foodini the Great, after a magician character outgrew the popularity of the pooch puppet. 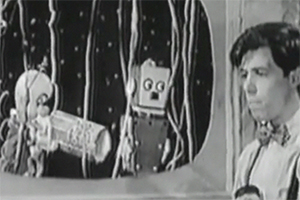 An overlooked show on the largely forgotten DuMont network, Johnny Jupiter is of the era of Captain Video and other primitive sci-fi spectacles. Airing on Saturdays at 7:30PM, the series eventually moved to ABC. The plot centered around a hapless TV studio janitor named E.P. Duckweather who manages to tune into a broadcast from the planet Jupiter. He chats with and befriends the aliens (the two puppets) named Johnny Jupiter and B-12. 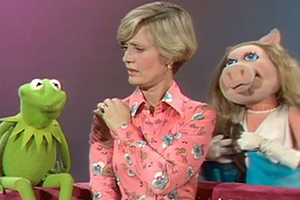 What more needs to be said about Jim Henson's pioneering variety show? Though the brand is now owned by Disney, the original Muppets was always a little more adult, with sophisticated spoofs that likely flew over the heads of some younger viewers. No worries. The kids at home could laugh at the cute frog, pigs, rats and whatnot, regardless of what they were saying. Each week, The Muppet Show landed zeitgeisty guest hosts, from Mark Hamill to Paul Simon. It was a bigger deal than hosting Saturday Night Live. 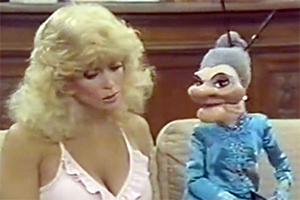 Puppeteer Wayland Flowers created Madame in the mid-1960s. A sassy, weather old movie star, the Madame puppet became a popular presence on talk and variety shows. Eventually, someone had the idea to base a sitcom around the diva puppet. In concept, Madame's Place was not too different than The Beverly Hillbillies or Mama's Family — only a puppet was the star. On the human side, young Corey Feldman played a pesky kid neighbor.

Though a human actor stepped inside the ALF suit on rare occasion (as in the opening credits seen here), creator and voice actor Paul Fusco largely operated the alien — in all his appearances. A native of planet Melmac, ALF became a pop culture phenomenon in the late-1980s, spawning tons of merchandise and cartoon spin-offs. He continues to be an emblem of the Reagan era, turning up recently in episodes of acclaimed shows like Mr. Robot and Johnny Depp Trump parodies. 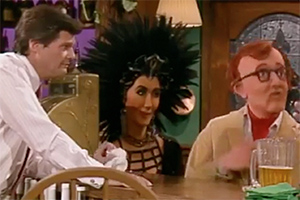 The popularity of ALF sparked a trend of adult-leaning puppet sitcoms. In essence, these were typical sitcoms, only with puppets in place of in-the-flesh actors. The syndicated D.C. Follies was set in Washington bar, where Fred Willard served drinks to celebrity caricatures. Politicians, pop stars, Cher — their likenesses all bounced their way across the screen. Produced by Sid and Marty Krofft, this satirical comedy resembled Genesis' hit 1986 music video for "Land of Confusion." 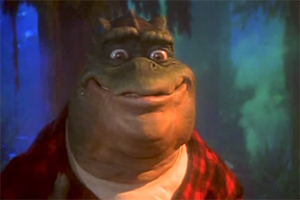 Imagine The Flintstones, only everyone is Dino. That is essentially the premise for this hit, a blue-collar family sitcom in the tradition of The Honeymooners and All in the Family. The baby dinosaur spawned a catchphrase in "Not the Mama!" It was cute, certainly, but the series ended on a surprisingly dark, affecting note, when the entire species is wiped off the face of the earth.

9. Aliens in the Family 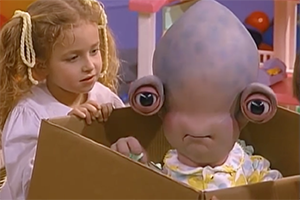 ALF's splash continued to ripple into the Clinton Era, as alien puppets invaded quaint suburban homes. This brief, forgotten sitcom put the pedal to the metal on its laugh track as it tried to wedge its way between Family Matters and Step by Step in ABC's TGIF lineup. Jim Henson's Creature Shop designed the calamari-headed E.T.s, while Todd Rundgren wrote and sang the theme song. Nevertheless, it failed. Though it did give 5-year-old Hayden Panettiere here her big break. 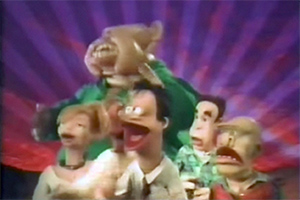 The USA Network got into the alien puppet game with this flash in the pan. The concept here, however, was that the aliens were meant to look like puppets — and humans mistook them for puppets. The space creatures are stranded on earth and forced to work on a children's television show. One critic compared it to "Third Rock from the Sun meets The Muppet Show," but obviously not like those shows in impact. 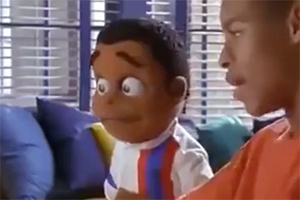 A fixture in Millennial nostalgia, Cousin Skeeter aired as part of Nickelodeon's nighttime Nickel-O-Zone block. Jim Henson Company puppeteer Drew Massey operated Skeeter, while comic Bill Bellamy gave him a voice. The conceit here, however, is that Skeeter was treated like a regular human cast member, a weird relative who comes to live with the Walker family — no mention was made of his being a puppet. 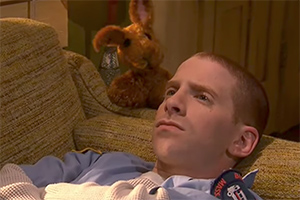 Seth Green starred in this darkly comic Fox vehicle, which sprouted from a public access show called Junktape. Somewhat like Lost on Earth, or Peter Jackson's cult film Meet the Feebles, Greg the Bunny treated his puppet characters as living beings, a racial minority known as "fabricated Americans" working in children's television. It's three-season life led to a spin-off called Warren the Ape on MTV. 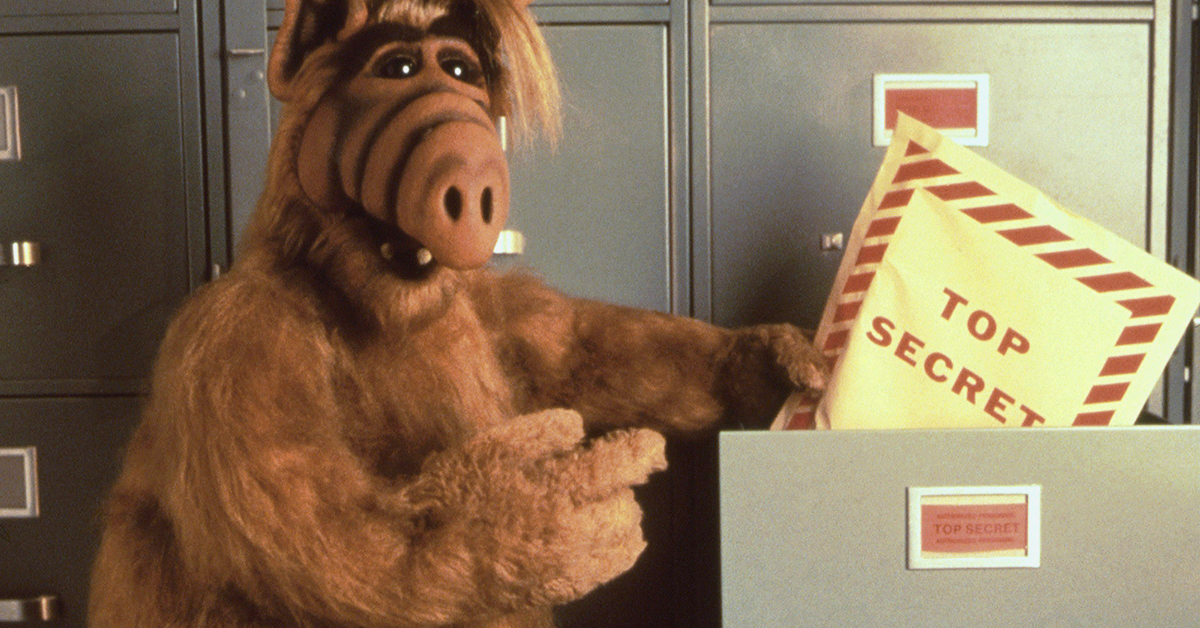 The 1980s alien hung out with both Gilligan and Matlock. READ MORE 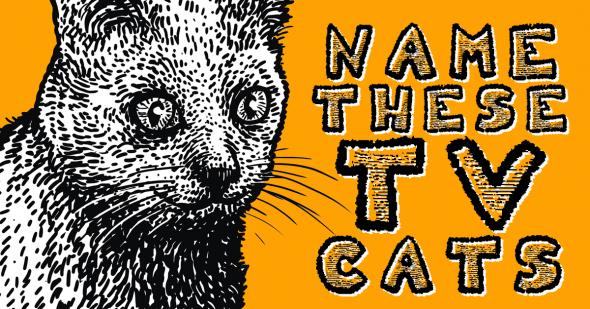 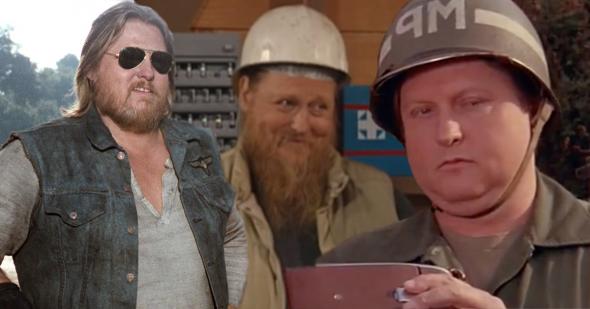 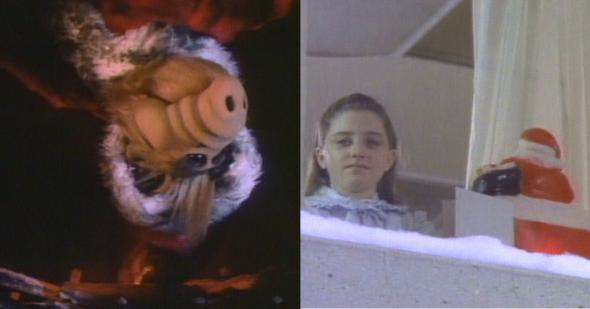