12 truly bizarre product mascots that made us lose our appetites

We'll never be able to forget about the California Raisins. 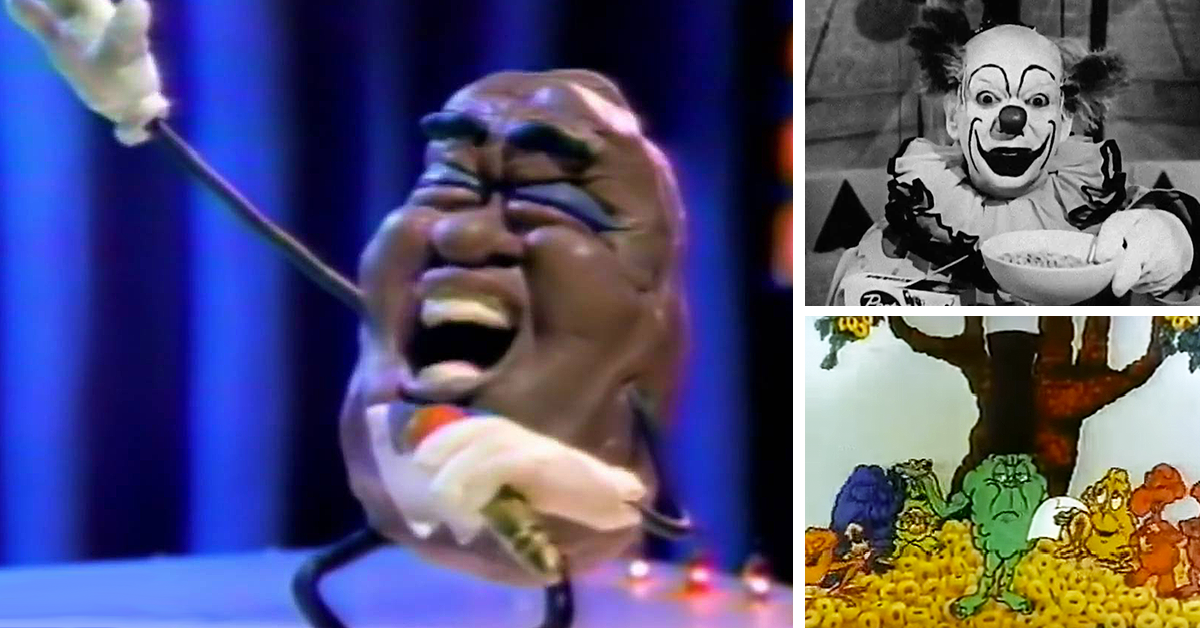 Everyone knows Tony the Tiger and Ronald McDonald. Just like logos and jingles, mascots are an important way to build brand awareness and boost sales. Great mascots can last for decades and become and integral part of the pop culture.

However, for every mascot that clicks with consumers, there is one that turns heads for all the wrong reasons. Theis odd dozen probably seemed like a good idea at one point in time. But through the creative process, they just got a little, well, odd.

Did any of these mascots freak you out?

Post cereal strived to give kids nightmares by creating Krinkles the Clown for its Sugar Rice Krinkles. Never before has there been a more terrifying mascot, especially for coulrophobes. The worst part is Krinkles was a replacement for the brand's original mascot. 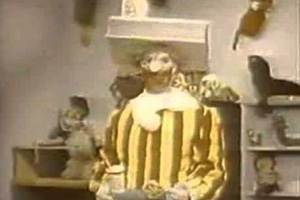 While clown mascots are never a safe bet, we have to admit today's toned-down Ronald McDonalds is a lot better than the disheveled version from the 1960s.

Despite being one of the biggest fast food chains in the world, McDonald's has churned out some bizarre mascots. Case in point: Mac Tonight. The crooning moon baffled consumers in the 1980s and created a lawsuit, which the corporation ultimately lost. 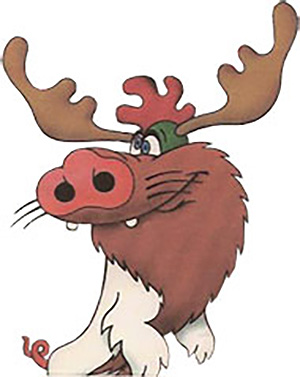 Big Mixx was a cereal in the 1990s that combined a bunch of different cereals into one box. Kellogg's decided to create a mascot to match the product by piecing together "Big Mixx" like Frankenstein's monster. The finished product was part chicken, part wolf, part moose, part pig and all confusing. 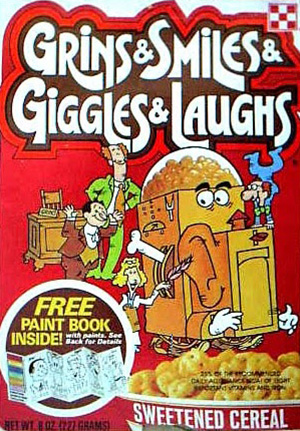 It's fitting that a cereal named Grins & Smiles & Giggles & Laughs would get a peculiar mascot, but we're not sure why Ralston chose to create a giant-eared machine named Cecil who's constantly in a bad mood.

Legend has it someone at the California Raisin Advisory Board famously came up with the idea for the fictional R&B cover band by saying, "We have tried everything but dancing raisins singing 'I Heard It Through the Grapevine.'"

While that idea was cute and innovative, the popularity of the original commercial spawned more R&B covers from the singing raisins. 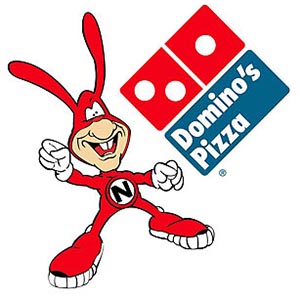 The Noid was supposed to be annoying, which is a risky marketing tool. The mischievous mascot's sole purpose was to thwart fast and efficient pizza delivery by Domino's in the 1980s. 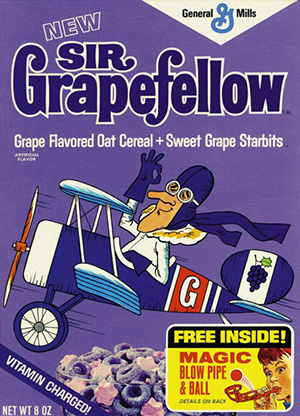 General Mills rehashed bitter memories of World War I by releasing Sir Grapefellow cereal, named after its mascot. The WWI fighter pilot even had a rival cereal, Baron Von Redberry. 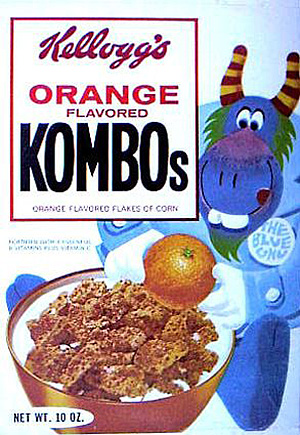 Kellogg's took the Southern African mammal, dyed it blue, and turned it into a clownish mascot for its orange flavored Kombos cereal. Other than the rhyming name, the Blue Gnu didn't make any sense, and consumers noticed. 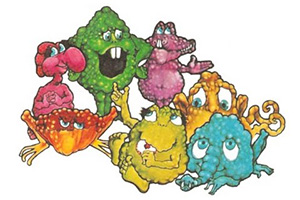 The Freakies were mutated creatures that lived in trees and ate cereal for every meal. Every character had a backstory, but it wasn't enough to save the cereal from extinction. 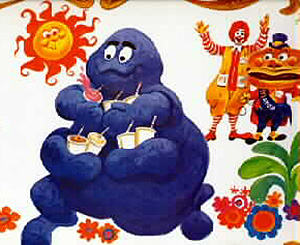 We're not really sure what Grimace is and what his purpose is in the world of McDonald's mascots. He's not a bad guy like the Hamburglar, and he's not there to promote certain menu options like Birdie the Early Bird. Instead, he just kind of hangs out with Ronald McDonald and waddles around with his short legs. He was especially eerie in his early six-limb incarnation.

No list of appalling mascots would be complete without the Spongmonkeys. The deformed rodents sang/screeched about their love for the sandwich place in the early 2000s. Did we talk about Quizno's? Yes. Was it for all the wrong reasons? You bet.

DouglasHolste 23 months ago
A couple decades ago nearby me was a rock and roll McDonalds. It had an aminatonic Mac that sang and moved. Over time the singing and movement stopped and he just sat there. When asked if he could be fixed, they it was too complex to do so. It was sad. Equality sad was vast amounts rock and roll memorabilia posted on clear booth panels that got faded by being exposed to the sun rendering it worthless.
Like Reply Delete

VBartilucci 23 months ago
Grimace WAS a bad guy - in his first iteration as "The Evil Grimace", he had four arms and stole shakes, just as Captain Crook stole filet-o-fish, the Gobblins took fries, and the Hamburglar stole pheasant under McGlass.

(That last one was only a test market product, and the character was used again later.)

RedSamRackham 34 months ago
* While Ronald McDonald appealed to youngsters Mac Tonight was supposed to appeal to adults making McDonald's the in place for late night munchies. * Quiznos Sponge Monkeys were so bad they were funny but I still preferred Subway! ☺
Like Reply Delete

VBartilucci RedSamRackham 23 months ago
Mac Tonight was played by Doug Jones, who went on to play various monsters in Guillermo Del Toro's films and the Hellboy franchise.
Like Reply Delete

Amalthea 34 months ago
I loved Freakies! Both the cereal and the characters. I still have some iron-on patches of a few...somewhere... I also have my little plastic Noid figurine. Oh, and Grimace DID start out as a bad guy like the Hamburglar; he stole all of the shakes, which is why he had 6 arms.
Like Reply Delete

KMP50 Amalthea 23 months ago
I loved Freakies, too. I still have one of the plastic figures they gave away - I made a Christmas tree ornament out of it.
Like Reply Delete

idkwut2use 34 months ago
I love the California Raisins and Mac Moon! And Sir Grapefellow is kinda cute...could go for some grape cereal...I guess Trix is the closest thing...not so much Grape Nuts 8/
Like Reply Delete