7 important TV characters we all know, but never actually saw

These characters played important roles by staying behind the camera. 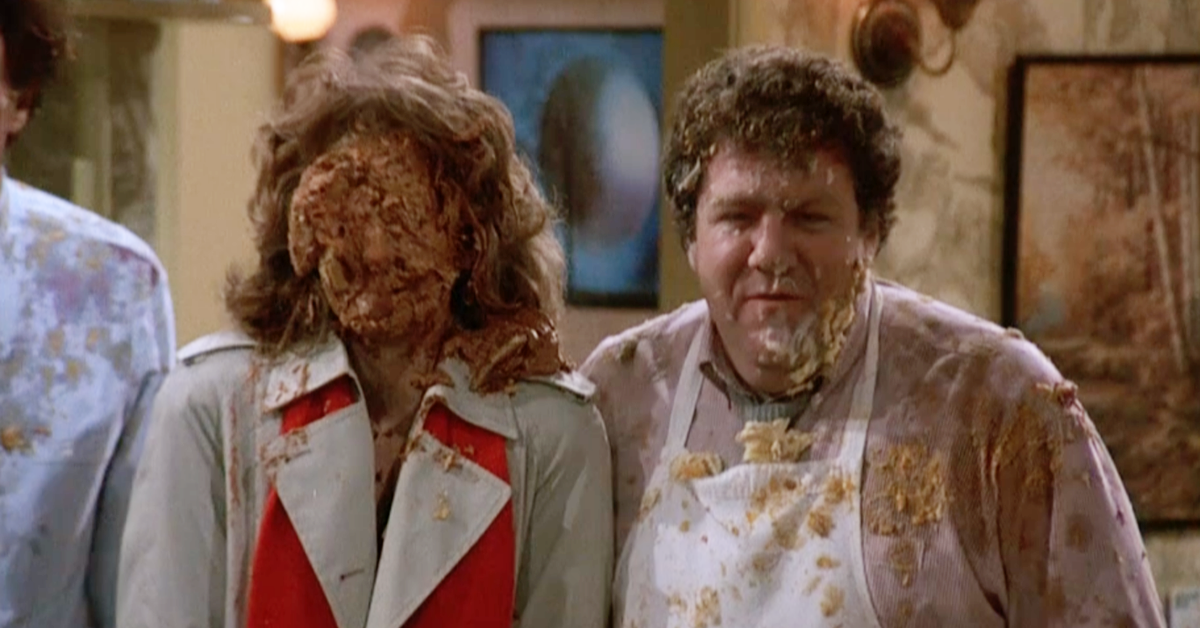 They played an important part in certain TV shows, but they were never truly there. You know what we're talking about, those elusive characters who add a mysterious vibe to the show by staying off camera.

Sometimes they are a disembodied voice giving certain characters instructions, other times they're simply a running gag. Whatever the case, looks don't matter when it comes to these seven characters.

Sure, we know and love them, but we never got to see the face behind the voice. 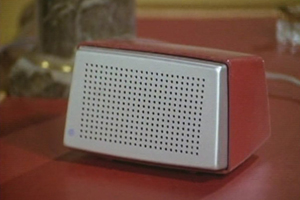 Every week, Charlie had the important role of informing his Angels of their next mission. Despite the importance, we never see Charlie in the flesh. The millionaire, voiced by John Forsythe, only spoke to the Angels via speakerphone. 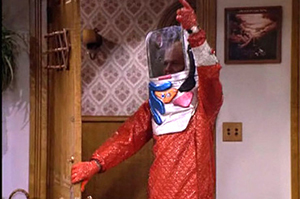 Orson is kind of like the alien version of Charlie. He constantly commands his subject, Mork, to observe human behavior, but mainly stays in the shadows while barking orders. 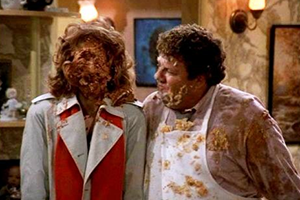 Norm Peterson says the only reason he goes to Cheers is to get away from his wife, so it's fitting we never see her throughout the series. We do get to catch a glimpse of her body and hear her voice, only to have her face hidden by a smashed pie. The woman in that scene, Bernadette Birkett, is George Wendt's wife in real life. 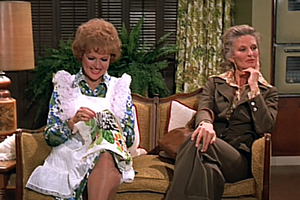 Never before did an unseen character have such a big impact on a television show. During season four, we find out Lars has been cheating on his wife, Phyllis, with Mary Richards' co-worker Sue Ann Nivens. The affair introduced Betty White's character and also paved the way for Cloris Leachman to land her own spinoff.

5. Angela Valentine - 'Leave It to Beaver' 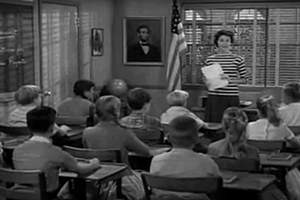 Beaver's strange and elusive classmate certainly causes quite a stir at school, but the audience is never able to get in on the action. We do get to see her once when the teacher acknowledges her during class, although we only get a glimpse of the back of her head. 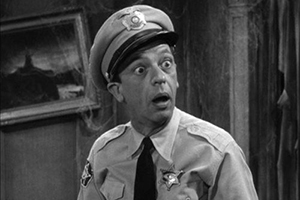 Juanita is a waitress at the Bluebird Diner, in addition to being the object of Barney Fife's affection. Despite their romance, we never see the two of them together. 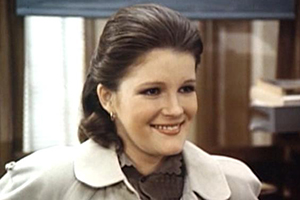 Although Detective Columbo talked about his wife a lot, we never get to see the Mrs. Columbo throughout the series' run. That is, until the network ruined the illusion by giving Mrs. Columbo her own failed spinoff in 1979. From then on, Kate Mulgrew (Star Trek: Voyager, Orange Is the New Black) would be associated with the unseen character.

Nostalgia
11 forgotten TV detectives and crime solvers of the 1970s
Are you sure you want to delete this comment?
Close

JuneMiller 10 months ago
Actually, we saw "Mrs. Columbo", quite a lot if you count Peter Falk's wife ;)
Like Reply Delete

JimHursey 16 months ago
We never do get to see or hear Sara from Andy Griffith,

KristenQuaedvlieg 23 months ago
Hello! This is Carlton, your doorman on Rhoda.
Like (2) Reply Delete

HerbF KristenQuaedvlieg 10 months ago
Well, we did sorta see him in the animated spin-off pilot....
Like Reply Delete