There are a lot of things you might not know about the fearless comedy legend. 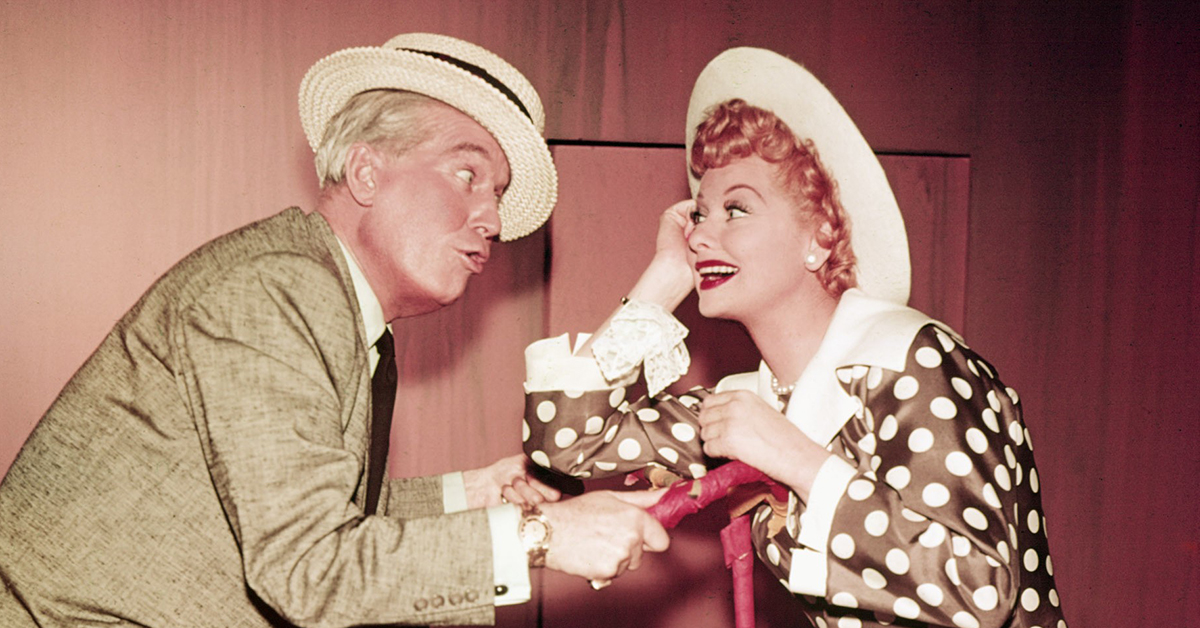 What else can we say about Lucille Ball? She had expert comedic timing, created one of the most beloved shows of all time, and went on to become one of the biggest players in the entertainment industry. In short, we love her!

Ball would have been 105 years old this Saturday. She came a long way from western New York — where they'll unveil a new statue of her this weekend — to the bright lights of Hollywood.

To honor her life and many accomplishments, here are seven (out of thousands) reasons we'll always love Lucille Ball.

1. She was a true friend until the very end. 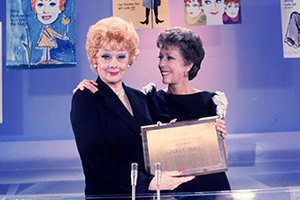 Ball served as a mentor to Carol Burnett, and the two comedians eventually became close friends. Unfortunately, Ball died on Burnett's birthday in 1989. Later that day, Burnett received flowers from her dear friend, who had ordered them before she passed. Now that's true friendship!

2. She went to acting school with Bette Davis. 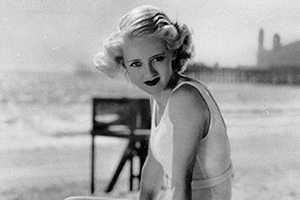 After Ball left Jamestown, New York, to pursue acting, she attended the John Murray Anderson School for the Dramatic Arts in the Big Apple. One of her classmates there was screen legend Bette Davis! 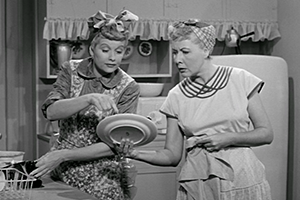 Although Ball had appeared in several films and radio programs before I Love Lucy, she became an absolute sensation when the show debuted in 1951. What people don't realize today is Ball worked long and hard to get to that position, finally getting her big break at the age of 40. Maybe Hollywood hasn't always been obsessed with fresh young talent.

4. She was a trailblazer. 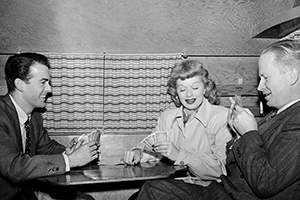 Despite not graduating from traditional high school, Ball managed to create an empire. I Love Lucy became the standard for sitcoms in the television industry, with three cameras filming in front of a live studio audience. Ball also championed for the sitcom to be shot on expensive film, leading to the development of syndication.

Her influence didn't stop there. In the 1960s, Ball became the first woman to head a major studio when she bought out Desi Arnaz's stake in Desilu Studios. 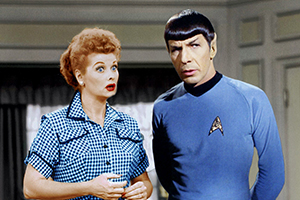 Because she was in charge of Desilu, Ball became the champion for studio productions like Mission: Impossible and The Untouchables. However, her influence really kicked in with Star Trek. Ball was a fan of the concept, and ordered the studio to pay for the expensive pilot episode. When the networks didn't pick it up, the head honcho made the unusual decision to make a second pilot episode. After that, the series was picked up by NBC — and the rest is history.

6. She was really a brunette. 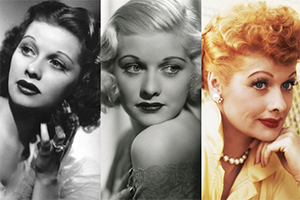 Even though Ball became synonymous with her vibrant red locks, the fiery hue wasn't her original hair color. Ball was a natural brunette, and even dyed her hair blonde while she dabbled in modeling under the pseudonym Diane Belmont. Yeah, we like her real name better too.

7. She wasn't afraid to get down and dirty. 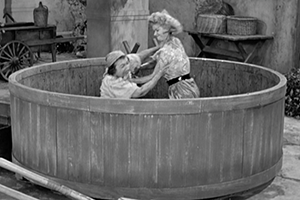 Ball appeared in over 50 films (credited and uncredited) before starring in I Love Lucy. At the beginning of her career, she admitted she had trouble finding her niche in the ruthless entertainment industry. However, she quickly realized a lot of actresses didn't want to the physical stuff that got the most laughs. The actress told People in 1980 that's how she go into physical comedy. 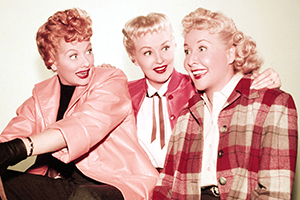