Where To Watch Shop Store Contact
Home / Stories / 8 actors not named Raymond Burr who played Perry Mason
Did you know?

A long list of men have portrayed the super attorney on screen and on radio. 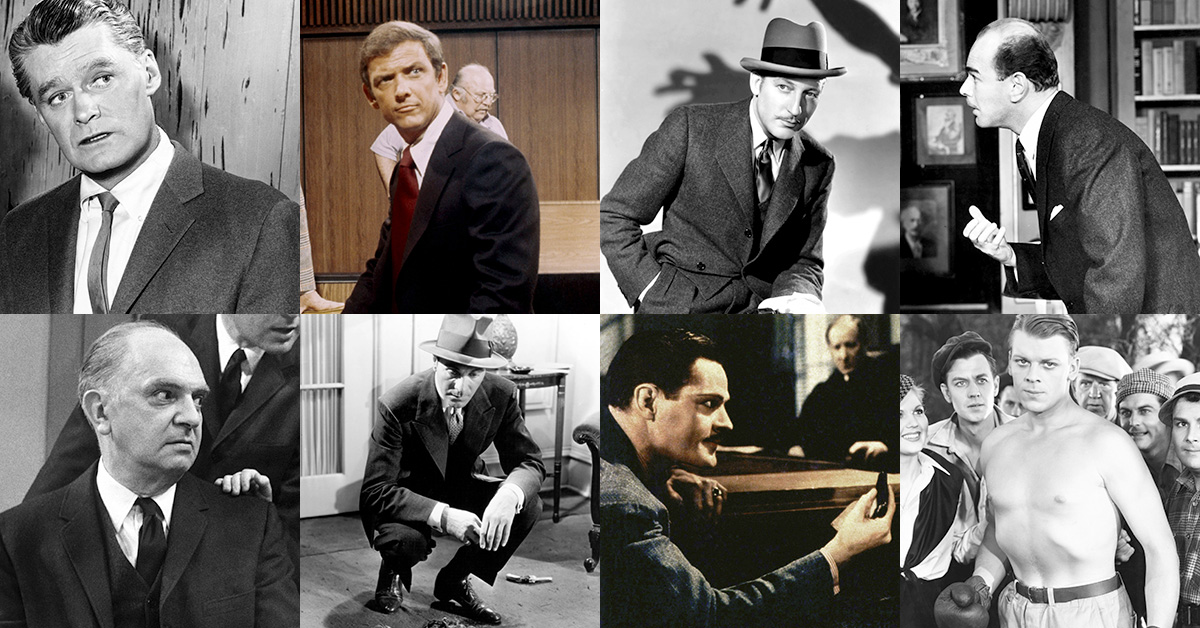 A new Perry Mason is out. Before anyone cries about reboots, it should be noted that this is the tenth man to portray Perry.

Though the character is indelibly linked to Raymond Burr, who played Mason from 1957–1993, in nine seasons of the TV show and 26 made-for-TV movies, he was the eighth actor in the role. The Erle Stanley Gardner creation first appeared on cinema screens in 1934. Six Mason movies were made throughout the decade. A radio program followed in the '40s.

So, by the time Perry Mason premiered on CBS in 1957, it was already a reboot, an adaptation, a well-worn idea. Just goes to show you that remakes can be brilliant — in the right hands.

Let's take a look back at all the actors who dressed sharp and hit the courtroom as Perry Mason. 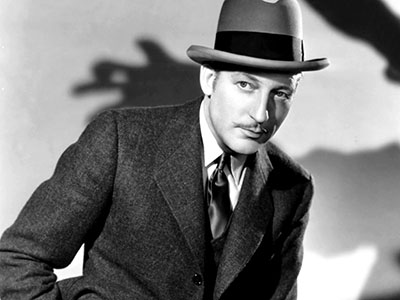 The first man to play Perry Mason, William began on Broadway before making the leap to film. He made his name in darker roles, headlining Warner Bros. pictures as unscrupulous, ruthless businessmen and crooks in the gutsier Pre-Code era of Hollywood. He starred in the first four Mason mysteries, The Case of the Howling Dog, The Case of the Curious Bride, The Case of the Lucky Legs and The Case of the Velvet Claws, all cranked out in the span of a couple years. Curious Bride has a significant place in history as the American screen debut of Errol Flynn — he was the corpse. 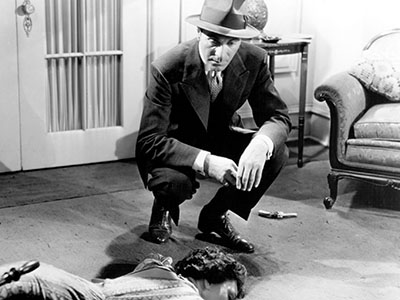 Cortez took over for William for a single sequel, The Case of the Black Cat. The New York City native began his career as a boxer and stockbroker. After retiring from acting, he went back to work as a stockbroker on Wall Street. 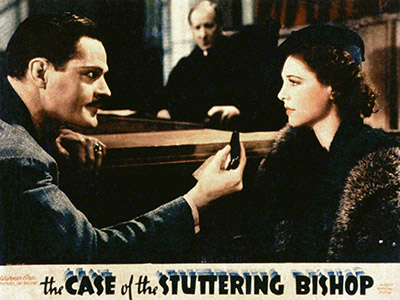 In the final installment of the original Warner Bros. film franchise, The Case of the Stuttering Bishop, Canadian-born Woods inherited the role. He later transitioned to television, starring as another genius case-solver in Craig Kennedy, Criminologist (1951). After his headlining roles washed out, he became a familiar guest star. You can catch him on The Wild Wild West, 77 Sunset Strip, Wagon Train and Bonanza. Sadly, not Perry Mason. 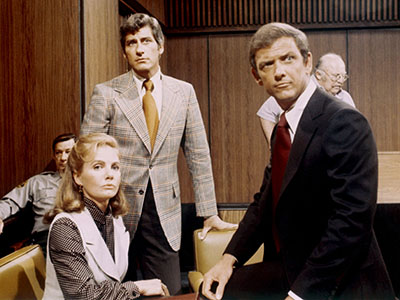 To date, until Robert Downey Jr. shoots a scene, Markham remains the last man in the role. That's him on the far right. Before landing the lead in The New Perry Mason reboot, Markham had played the title role in the TV adaptation of Mr. Deeds Goes to Town — not to mention guest roles on Mary Tyler Moore and more. He continues to work today. 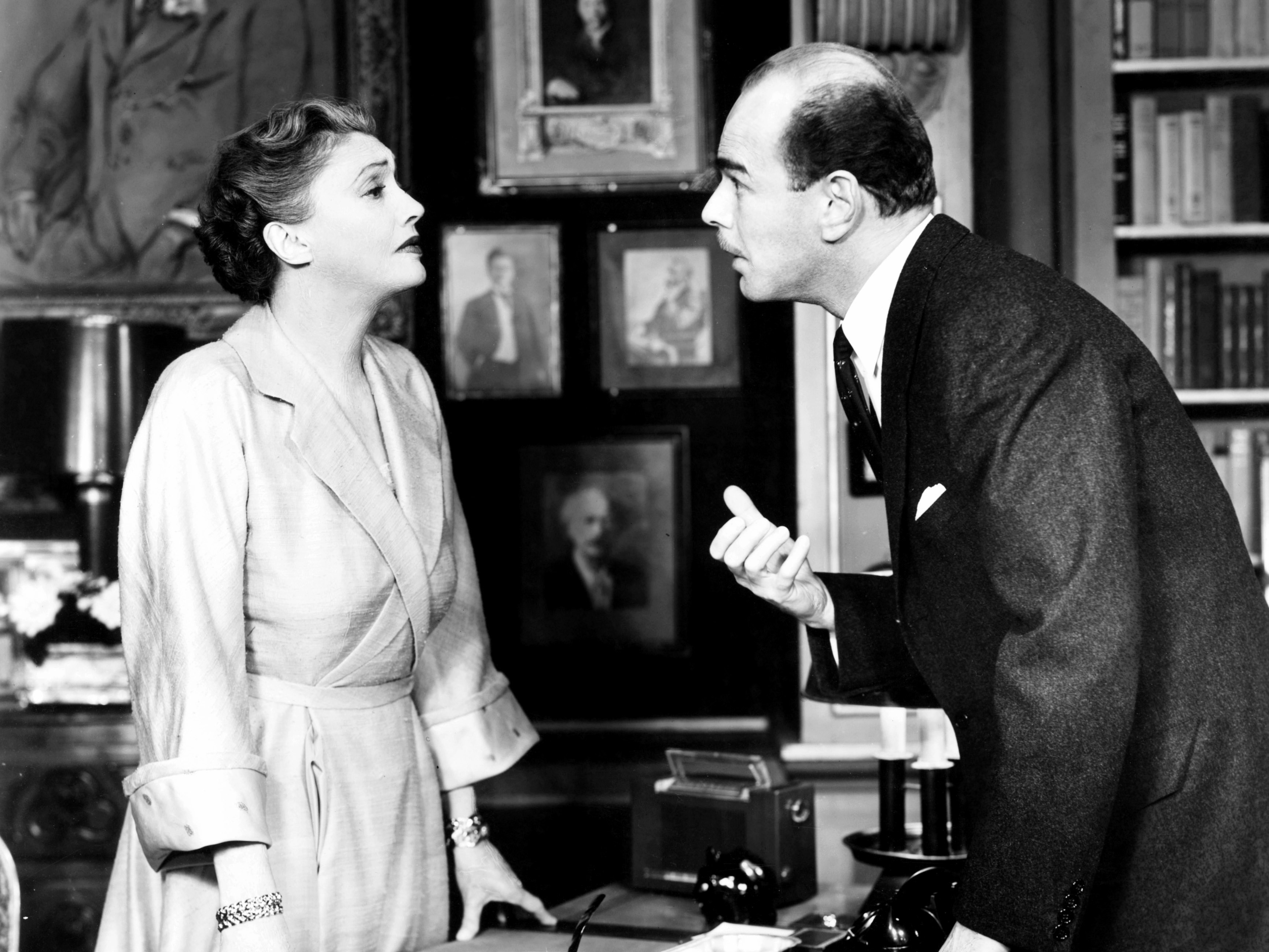 From 1943–55, CBS Radio aired its radio program Perry Mason. The broadcaster shuffled through several stars in the early year. First to voice the legal ace was Robinson, a radio veteran. He also worked here and there onscreen. His final TV appearance was on Lou Grant, the Mary Tyler Moore spin-off, in 1982. 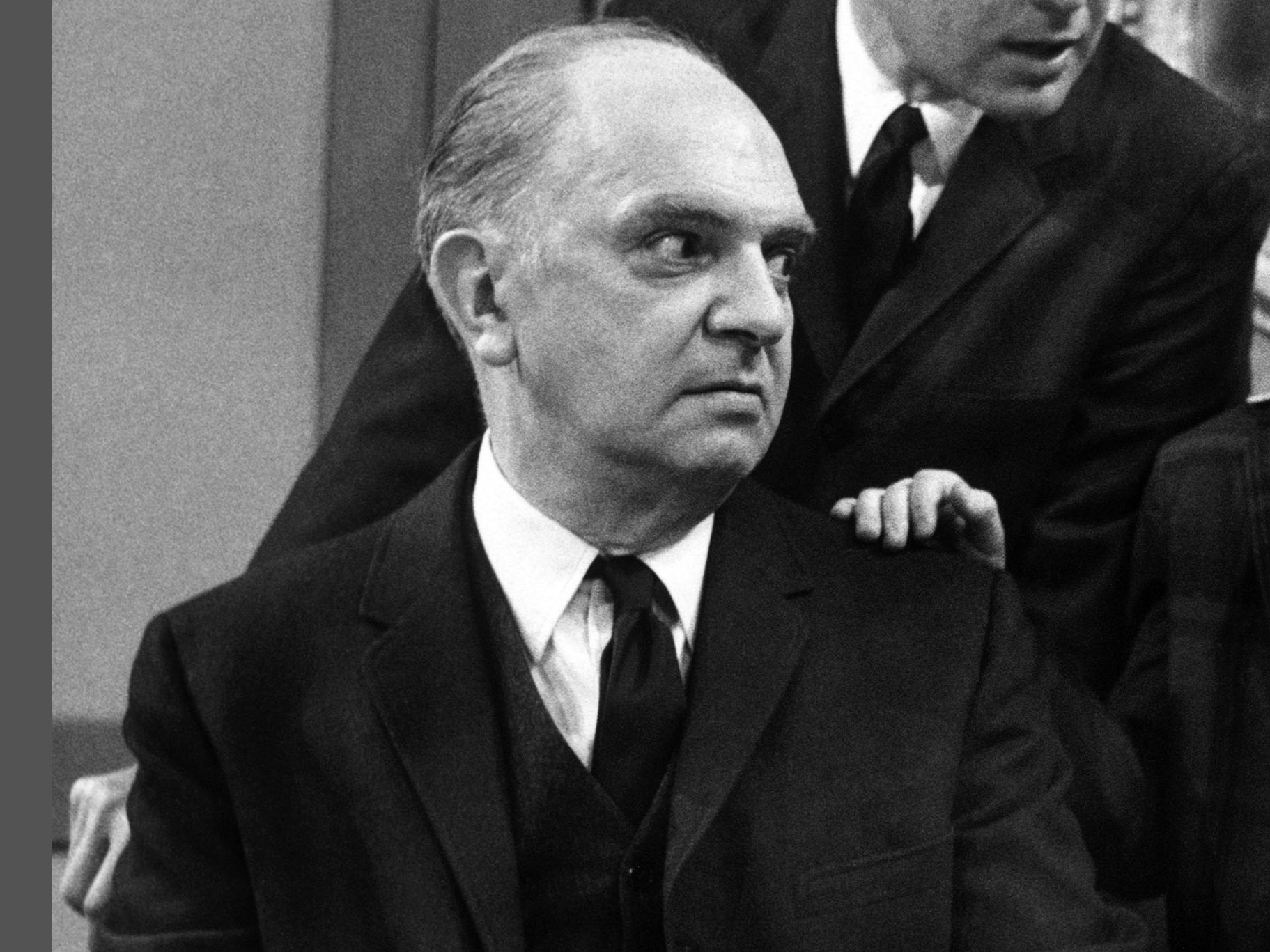 Soap aficionados might recognize Ortega as Will Hughes from As the World Turns. He was in the role for two decades. On radio, Ortega was a pro at playing crime-solvers. He was Inspector Queen, Nero Wolfe and Charlie Chan, too. 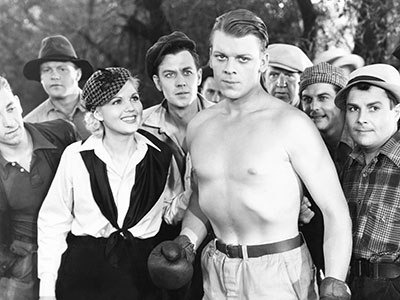 Chicago native Briggs took over for Ortega. He had a much smaller resume, though he did show his strength in the 1936 film The Adventures of Frank Merriwell, seen here. 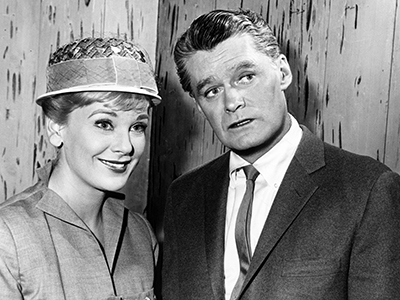 Larkin had the longest tenure as Mason over the radio airwaves. In a sense, he was the first man to be cast as Perry Mason for television. Erle Stanley Gardner's stories were meant to be adapted into what became The Edge of Night. The character's name was eventually changed, as the series was retooled, but Larkin was an obvious Mason clone on the daytime drama, as he played a detective and attorney Mike Karr.

For your careful inspection: 13 behind-the-scenes photos from 'Perry Mason' 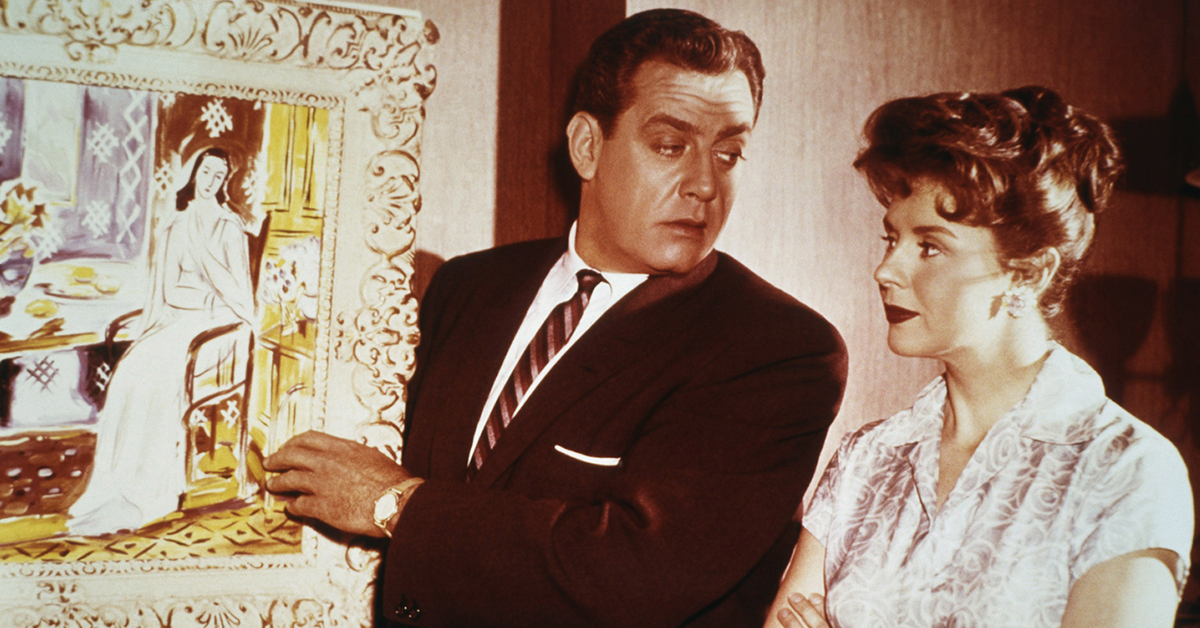 These peeks backstage prove the influential series did just about everything by the book. SEE MORE

did you know?
7 celebrities you'd never guess would be cast as killers on 'Perry Mason'

Timothyf2 43 months ago
John Larkin guested on some episodes of the Perry Mason series before his untimely death in early 1965.
Like Reply Delete