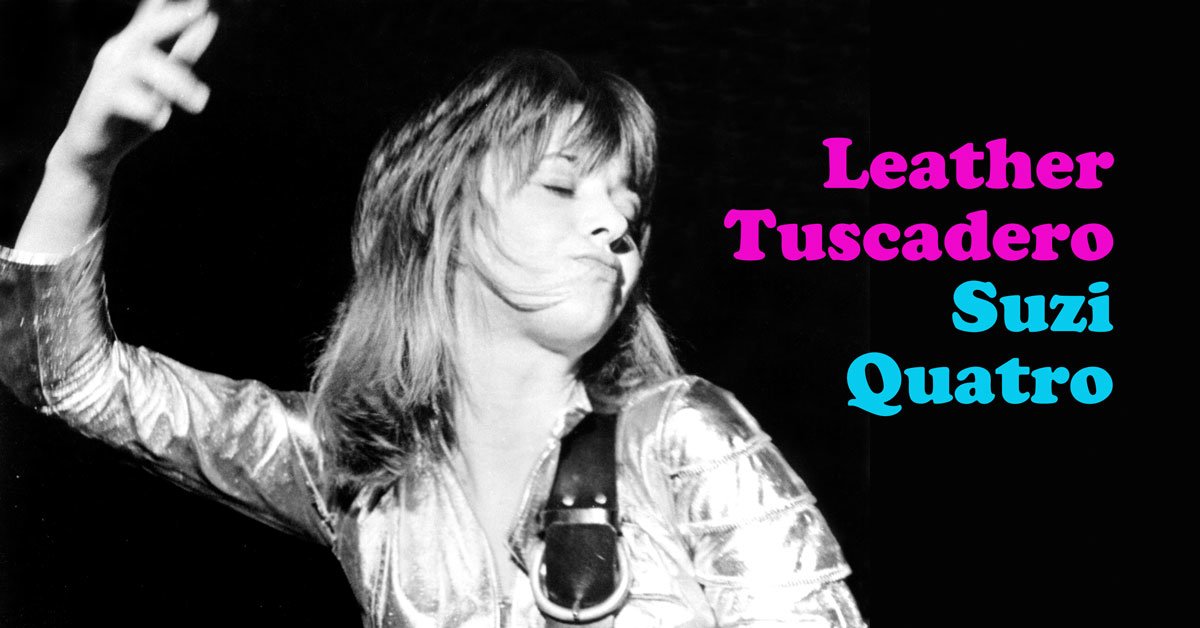 Happy Days rocks. The sitcom originally used "Rock Around the Clock" as its opening theme, and the popularity of show sent the 1955 Bill Haley & The Comets hit back up the pop charts nearly two decades later. It's other theme, "Happy Days," also became a No. 5 radio hit thanks to Pratt & McClain. Even the spinoff Laverne & Shirley spawned a smash with "Making Our Dreams Come True," which climbed to No. 25 in 1976.

But nobody captured the true rock 'n' spirit of Happy Days better than Suzi Quatro. The bona fide rockstar, bass player and glam pioneer portrayed Leather Tuscadero on the series.

She showed up in Arnold's a handful of times to blast through tunes like "Devil Gate Drive," "Johnny B. Goode," "Heartbreak Hotel," "All Shook Up" and "Do the Fonzie!"

The Detroit native was raised in a rock family. Her career stretched far beyond Happy Days. Let's take a look.

1. She was in a groundbreaking group as a teenager. 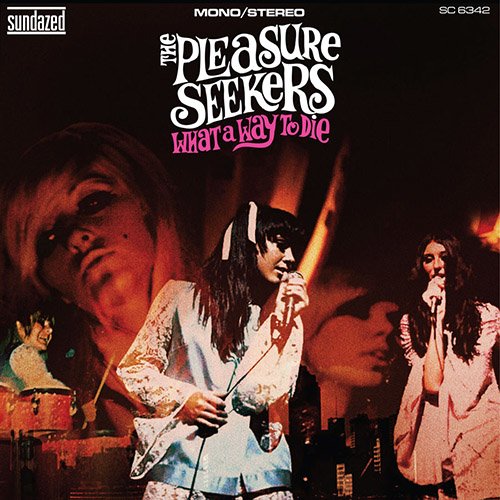 Like countless American teenagers, the Quatro girls decided to form a band after seeing the Beatles perform on Ed Sullivan in 1964. Suzi teamed with her older sister, Patti, taking the stage name "Suzi Soul." The Quatros looked up the definition of "hedonist" in the dictionary, which gave them the name the Pleasure Seekers. Suzi was just 15 upon the release of their first record. Fellow sisters Arlene and Nancy Quatro eventually joined the ranks. The pioneering all-female garage act played gigs with Detroit locals like Ted Nugent and Bob Seger. You can buy the reissue of What a Way to Die from Sundazed Music. 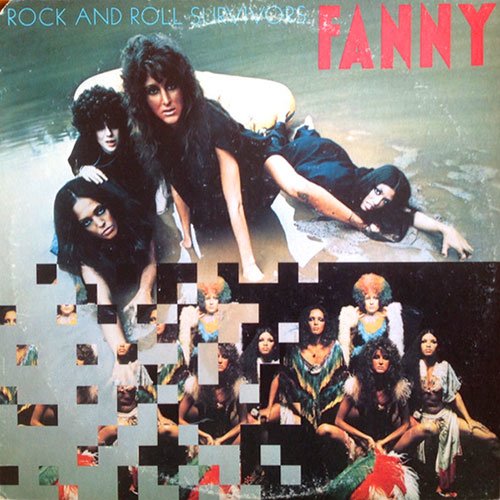 Just as Happy Days was taking off, Patti Quatro would join another landmark all-female rock act, Fanny. Patti played on the band's finale album, 1974's Rock and Roll Survivors, which spawned the group's biggest hit, "Butter Boy," a tune about David Bowie. A quarter-century later, Bowie would praise Fanny in print, declaring, "They were extraordinary; they wrote everything… they were just colossal and wonderful."

3. Her niece is a Twin Peaks icon. 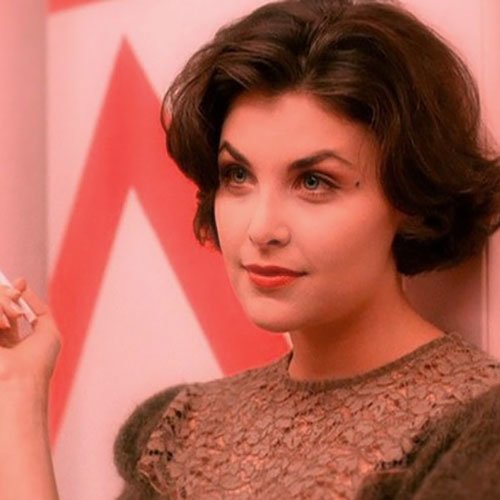 Arlene Quatro would marry Pleasure Seekers manager Leo Fenn. The couple had a daughter in 1965 named Sherilyn — would would go on to create one of the most unforgettable moments in Twin Peaks lore, if not all of '90s television. Fenn's character, Audrey, tied a cherry stem in her mouth, instantly making her a sort of Marilyn Monroe for Gen X.

4. She broke big in Portugal first. 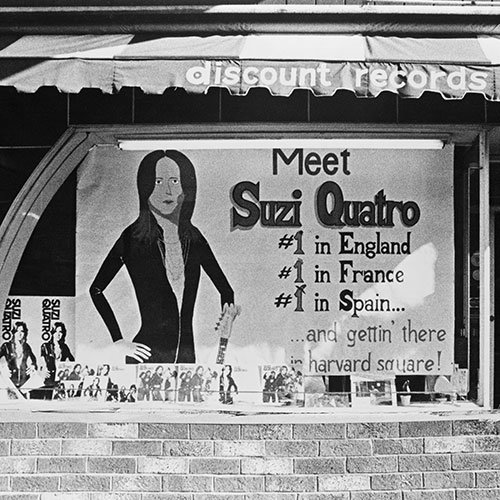 In the years between the Pleasure Seekers and her time on Happy Days (she made her debut on the sitcom in 1977), Quatro struggled to break big in America. Europe took to her right away. Mickie Most, the young producer who had helped the Animals and Herman's Hermits become pop phenoms, took Quatro under his wing, bring her to London where she learned and honed her craft. Her debut single, "Rolling Stone," was only a hit in Portugal, where it reached No. 1 — despite spelling her name wrong ("Susie Quatro") on the initial pressing.

5. She turned down her own Happy Day spinoff. 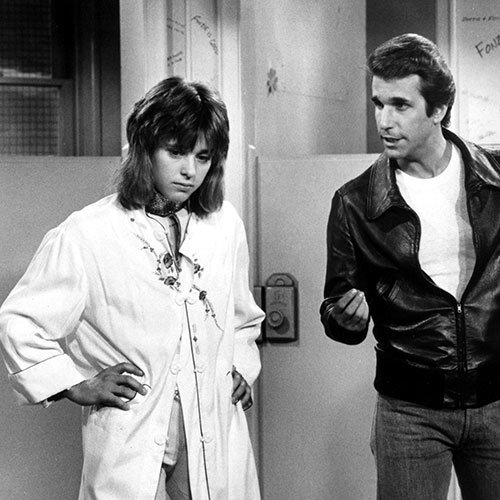 In 1977, after a string of eight Top 40 hits in the U.K., Quatro made her acting debut as Leather Tuscadero on Happy Days. The show introduced her as sort of a female Fonz, who happened to manage her. After several popular guest appearances, Quatro received an offer of a spinoff from series creator Garry Marshall. She could have been the next Laverne, the next Mork. She turned it down. "It was enough. Time to move on. And I was proved right," Quatro said in a 2008 interview.

6. She influenced the Talking Heads. 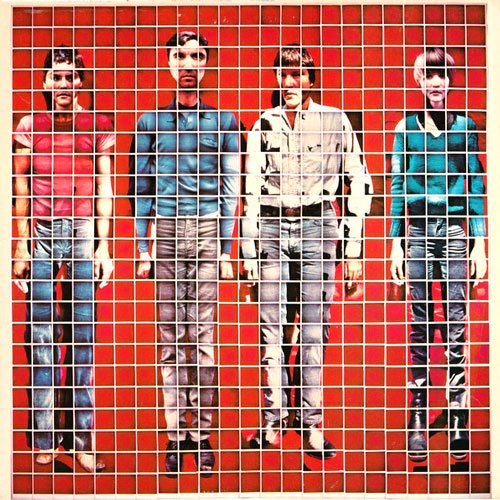 7. A hip Nineties band was named after her. 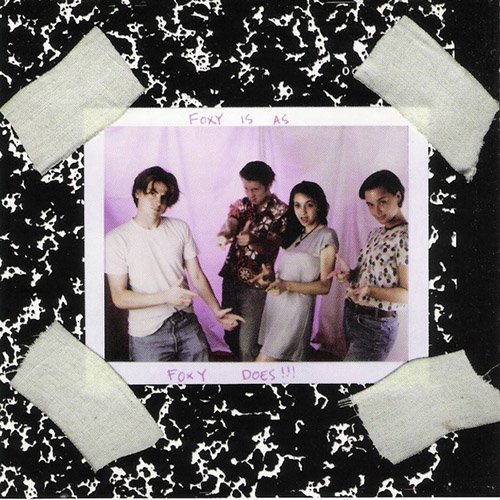 Following the success of Nirvana and Green Day in the early '90s, major labels signed any and every remotely "punk" band in the nation, hoping to repeat the formula. Tuscadero were one of the twee-punk acts on the retro-minded D.C.-based indie TeenBeat Records. Elektra snatched up the coed band — which took its name from Quatro's character Leather Tuscadero — and reissued its release The Pink Album. Side Two featured a track titled "Leather Idol," written as an ode to Quatro. 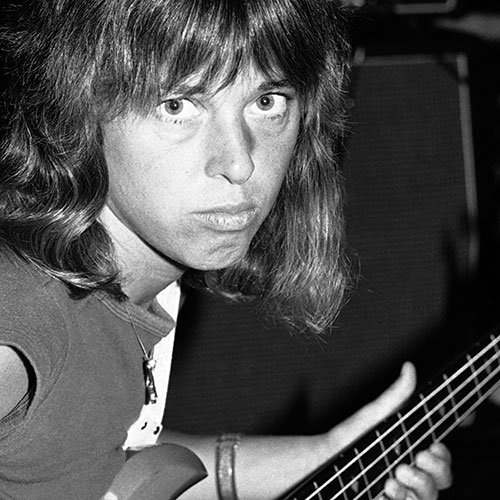 In 2009, the BBC selected Quatro as one of the "Queens of British Pop," putting her in the ranks of Dusty Springfield, Marianne Faithfull and Kate Bush. She was the only musician from Detroit on the list, obviously.

TheMuffinMan 4 months ago
Her hit was called"48 Crash".
Saw her at the Baltimore civic center opening for Uriah Heep in
1975.
Like (1) Reply Delete

Diz 4 months ago
I think my favorite track of hers was "Your Mama Won't Like Me".

Barry22 4 months ago
Wow! Do not care for Happy Days, but this was a cool article. I remember her songs 48 Crash and Can the Can. I even remember the band Fanny.
Like Reply Delete

DerekBird 5 months ago
Not mentioned here is the fact that she was a major influence on Joan Marie Larkin A.K.A. Joan Jett.

DerekBird 5 months ago
I love her singing.

Cyn_Finnegan 5 months ago
Suzi still rocks out.
Like (2) Reply Delete 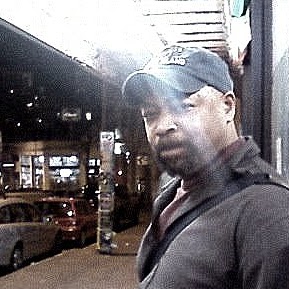 Jonitron 5 months ago
A nice slice of pop history, but your story kind of leaves out the foundation for the character of Leather Tuscadero: Her older sister Pinky, played by actress Roz Kelly, was in the story line as Fonzie's Demolition Derby driver girlfriend prior to the introduction of the Suzi Quatro role.
Like (5) Reply Delete

BillO Jonitron 4 months ago
And, Roz would have been in many more, but she rubbed the whole cast the wrong way.
Like (2) Reply Delete

hegerock 5 months ago
Loved her on Happy Days!!!
Like (2) Reply Delete

MeliAlexander 5 months ago
OMG! I loved her on “Happy Days”!
Like (2) Reply Delete

JewelsChuck 5 months ago
Wow what a great story. To think here in the U.S. she was a one hit wonder. 😯
Like (1) Reply Delete

rockyo JewelsChuck 5 months ago
which hit would that be?...
Like Reply Delete

JewelsChuck rockyo 4 months ago
Stumbling In with Chris Norman.
Like Reply Delete