9 actors who died during the production of their television shows

The passing of Dan Blocker led to a television first, though Hoss was not the first character to sadly disappear too soon. 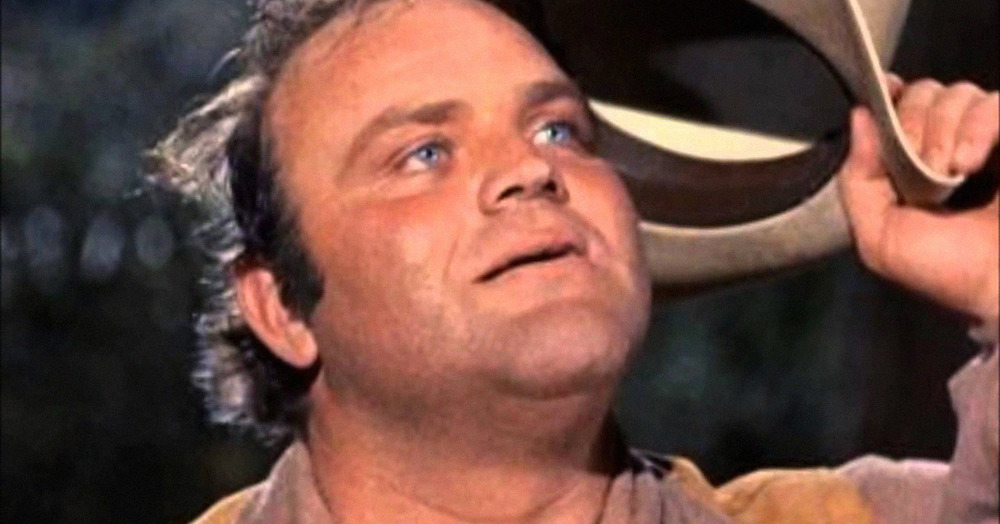 Hollywood is an industry, and the old showbiz adage says that "the show must go on." Yet some actors are irreplaceable.

The unfortunate death of principle stars has forever been a fact of life in the world of television. What did evolve over the decades, however, was the manner in which series dealt with the passings. Sometimes, TV shows simply ignored the missing character. Or perhaps that person was explained to have moved away. In some cases, the show just could not go on.

The all too sudden death of Dan Blocker changed everything. The beloved man behind Hoss on Bonzanza held too big a place in the hearts of the cast, crew and fans to shrug off his absense or throw in the towel. After the 13th season of the iconic western, in the spring of 1972, Blocker died at the age of 43. The producers took the bold step of addressing the tragedy and working the death into the storyline of the upcoming (and soon to be final) season.

Though this was pioneering stuff for a television series, it was not the first time, nor the last, that a show would have to face such a dilemma. Here are a handful of other lamentable demises that happened during the production of favorite television series. 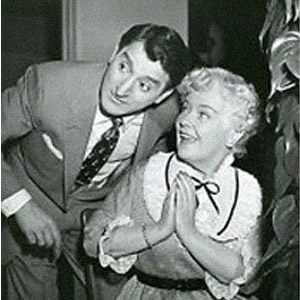 The veteran had appeared in dozens upon dozens of films before taking on the role of Danny Thomas' kind mother-in-law. Early in the series, Bryant died and simply vanished from the show, with no explanation given. On the other hand, when Jean Hagen, who played Margaret, Thomas' wife, left the series shortly thereafter, it was written that she died off-screen.

2. John Hamilton and George Reeves on 'Adventures of Superman' 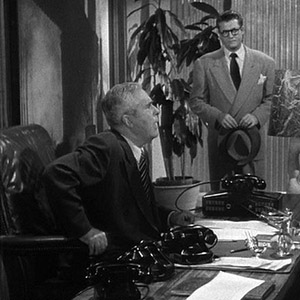 Hamilton had the significant role of Perry White, boss at The Daily Planet. When he passed in late 1957, producers planned to have the character away on assignment and replaced by his brother. This, of course, never came to be as Superman himself, George Reeves, died months later at the age of 45 under mysterious circumstances. The superhero would have to fight crime in reruns from then on. 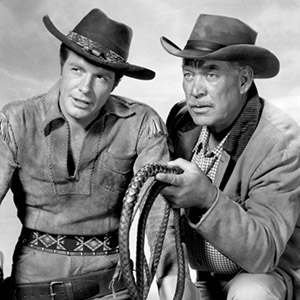 Like Nana Bryant, Bond simply disappeared from his show, well into its fourth season. Trail master Major Seth Adams was replaced with no explaination by Christopher Hale (played by John McIntire).

4. Henry Kulky on 'Voyage to the Bottom of the Sea' 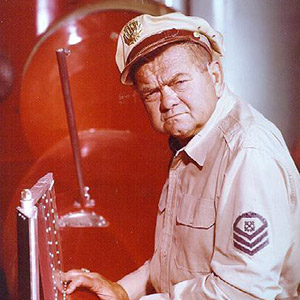 Much about Voyage changed between seasons one and two. The show went from black & white to color, and the plot moved from Cold War spy themes with a touch of sci-fi to more outright fantasy with more frequent monsters. Additionally, Kulky died after the show's first year, and his character of Chief Curly Jones would have to filled. Enter Francis Ethelbert Sharkey. Read 8 more fascinating facts about Irwin Allen's sci-fi series. 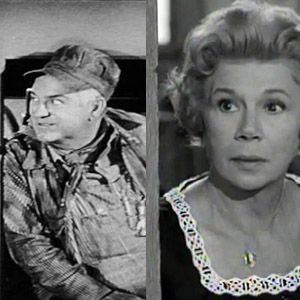 The lighthearted rural comedy had the misfortune of two older residents of Hooterville dying, not far from one another. First was longtime country and western star Burnette, who was Charley Pratt on the sitcom, engineer of the Canonball train. More significant was the loss of Benaderet a season later, a.k.a. matriarch Kate Bradley, proprietor of the Shady Rest Hotel. Though at first the stories said that Bradley was merely "out of town," Petticoat alluded to notion of the mother being dead, with later mention of a guest staying in the "Kate Bradley Memorial Suite." Benaderet's void was filled by June Lockhart. Eerily, Burnette's replacement, Byron Foulger, died the day the final episode aired. 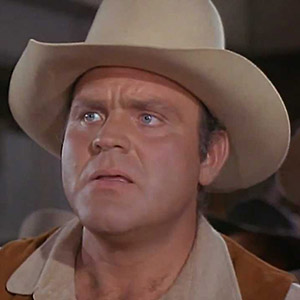 In "Forever," the two-part season 14 opener written and directed by co-star Michael Landon, would be the first episodes withouth Hoss. The plots in the final year alluded to the death of the character. It is not coincidence that Bonanza failed to make it much further without Blocker. 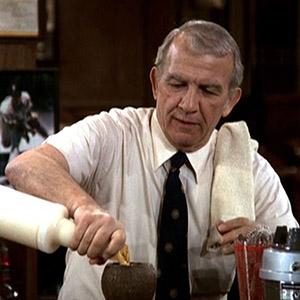 The saddest part of Colasanto's demise was its slow, oncoming approach. The actor's heart condition worsened throughout the third season, and his fatherly character was slowly scaled back until filming his final episode, eerily titled "Cheerio, Cheers." Still, it would not be until the first episode of season four that Coach's death was acknowledged, when the character's young pen-pal from Indiana, Woody, arrives in Boston only to learn the unfortunate news. Of course, Woody would stick around.

quiz
Can you name these celebrity guest stars who appeared on Wagon Train?
Are you sure you want to delete this comment?
Close

BusterGeneration86 12 days ago
Diana Hyland's death in 1977 after appearing in the first four episodes of Eight Is Enough should have made the list. She was late replaced by Betty Buckley, who played Tom Bradford's second wife, Abby.
Like Reply Delete

Wiseguy 8 months ago
The train on Petticoat Junction was the "Cannonball." Canon is something science-fiction fans argue over.
Like Reply Delete

BobNelson2 9 months ago
Will Lee, Mr Hooper on Sesame St. The actor's death led to an episode where they mentioned the shopkeeper had died and addressed "the difficult topic of death". Chico and the Man--Freddie Prinze's suicide...replaced by young Gabriel Melgar. First it was said Chico had gone to Mexico then later it was revealed Chico had died; no explanation why.
Like (2) Reply Delete

DavidLamb 9 months ago
John Ritter died on set of 8 Simple Rules for Dating My Teenage Daughter. Quite a shocker!
Like (3) Reply Delete

Wiseguy 11 months ago
Nicolas Colasanto also made an "appearance" in the final episode of Cheers that season "Rescue Me."
To honor Colasanto (and to make it appear he was on the entire season) the producers took a deleted scene from an earlier episode and played it during the teaser of that episode. Of course, since we saw him in the final episode, his death wouldn't mentioned until the following season.

Bewitched did something similar when Alice Pearce (Gladys Kravitz) died and held over one of her episodes to close the season, even though her temporary replacement (Mary Grace Canfield from Green Acres) had already filmed episodes which aired before the finale. Similarly, when Dick York was forced to leave because of health matters, the episodes he had already filmed were mixed with episodes without him and a Dick York episode was showed as the finale of the season.
Like Reply Delete

Mukusthebadd1 14 months ago
I don't think it was Dan Blockers passing that did in Bonanza. Could be, the writers weren't quite all that greatt.
It is weird not seeing him.
Like Reply Delete

Wiseguy Mukusthebadd1 12 months ago
No, but it didn't help. There was also the move from Sundays to Tuesdays over the summer and the general move away from westerns in the public interest. On the other hand, they did bring back the original theme song and David Canary as Candy.
Like Reply Delete

RedSamRackham Wiseguy 9 months ago
* After Dan "Hoss" Blocker died Bonanza jumped the shark with 2 part season premiere fall of 1972 with marriage of Little Joe only to have Joe's soon pregnant wife get killed. For long time fans this was 1 dead Cartwright bride too many. Joe as a married dad and Ben as a grandpa would've taken series in a great new direction ... But Noooooooo! Bonanza fizzled in ratings and was soon cancelled! Candy and Jamie could never replace Adam and Hoss! ♣
Like Reply Delete

DavidCrowthers 26 months ago
Michael Conrad (Phil Esterhaus of Hill Street Blues) was another actor who died during filming and was eulogized in a show episode. Another actor (Jon-Erik Hexum) caused his own death during the series Cover-Up and had to be replaced by Antony Hamilton.
Like (2) Reply Delete

daDoctah 28 months ago
Not mentioned in this article or the followup a year later (maybe because the show isn't part of the MeTV lineup) was the death of first Selma Diamond and then Flo Halop on "Night Court", both from cancer, and both acknowledged in the show itself. A later episode had the third actress playing the bailiff, Marsha Warfield, worrying over what would become of her after she learned of her predecessors' fates.
Like (5) Reply Delete

JimMitchell daDoctah 14 months ago
Will Geer as Grandpa on "The Waltons" is the most significant and first one I remember. Watched the show many years later as an adult, with my own kids, and the episode where they honor Grandpa at his grave on Walton's Mountain is still very emotional and, no doubt, very real for the actors.
Like (2) Reply Delete