Where To Watch Shop Store Contact
Home / Stories / See the cast of Hogan's Heroes in their earliest screen roles
Did you know?First roles1960s

See the cast of Hogan's Heroes in their earliest screen roles

They started their careers alongside Burt Lancaster, Ginger Rogers, Dick Van Dyke and… Floyd the Barber? 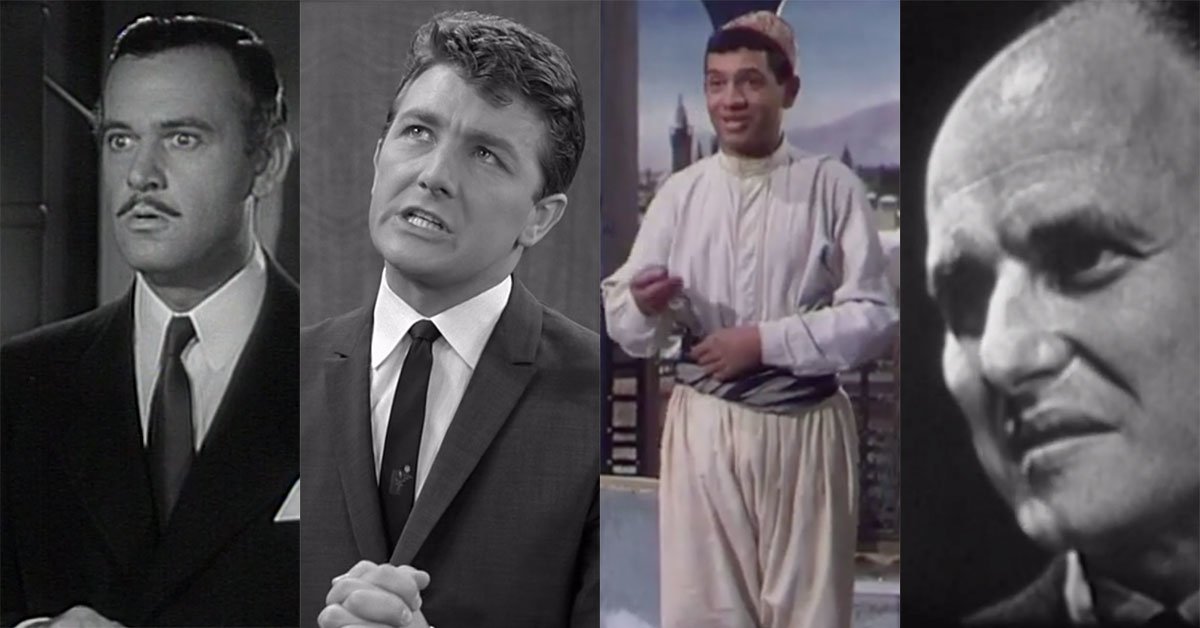 Hogan's Heroes worked because of its stellar international cast. Europeans and American came together for the World War II–set sitcom. For some actors, it was the start of a long career. Richard Dawson (Newkirk) went on to smooch hands and cheeks as the iconic host of Family Feud. Ivan Dixon (Kinchloe) moved behind the camera and worked as a director on everything from The Waltons to the Marvin Gaye-soundtracked film Trouble Man.

But where how did they all begin their careers, you might ask? Find out below!

See how the "Heroes" and soldiers of Stalag 13 started their acting careers. 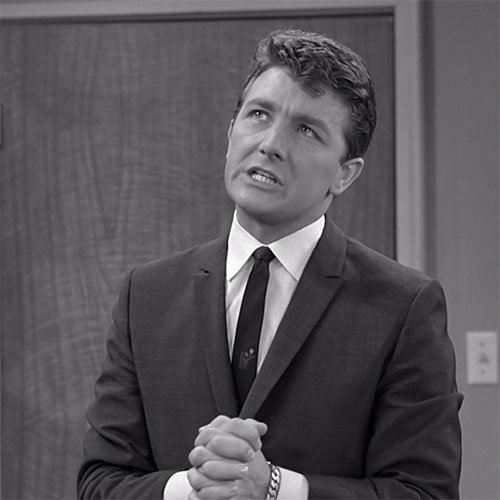 The actor and game show host born Colin Lionel Emm began his career in England as a comic, billed as "Dickie Dawson." His routine landed him his earliest television gigs in his homeland, on 1950s series like BBC's Benny Hill Showcase. He would not turn up on American "telly" until 1963, initially in a gag role on The Jack Benny Program, in disguise as an audience member next to Jack. The future Family Feud icon's first significant role came on The Dick Van Dyke Show, which credited the guest star as "Dick Dawson." He played the title character in the episode "Racy Tracy Rattigan," a Brit who fills in for Alan Brady as host on The Alan Brady Show. 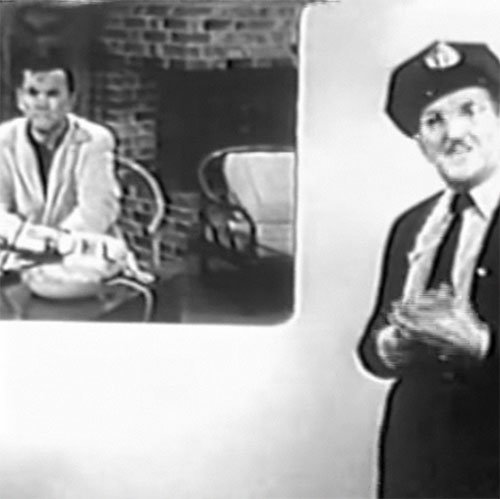 Television audiences are more likely to have heard Bob Crane before seeing him. The Hogan star began his showbiz career as a disc jockey. That led to his uncredited first job in a hit series — he's the voice heard on the radio in the season-two Twilight Zone episode "Static" (1961). However, two years prior he almost got his big break. Hogan appeared in the pilot episode of a series called Picture Window. Max Shulman, the creator of The Many Loves of Dobie Gillis, was behind the sitcom, which focused on young couples in the suburbs. Here you can see Howard McNear (Floyd the Barber!) introducing Crane in the pilot.

Austrian-born Johann Banner studied law in Vienna before opting for a career as a thespian. He happened to be in neighboring Switzerland when Hitler annexed Austria. Banner fled to America and quickly found work as an actor — typecast as a Nazi in pre-WWII films. His first two credited roles came in 1942, the lesser of which was Seven Miles from Alcatraz, a short action flick about escaped felons who end up rooting out a spy network. That film may have offered him more screen time, but Once Upon a Honeymoon remains more historically significant thanks to its stars, Cary Grant and Ginger Rogers. Banner banters with Rogers in an amusing scene, seen here. 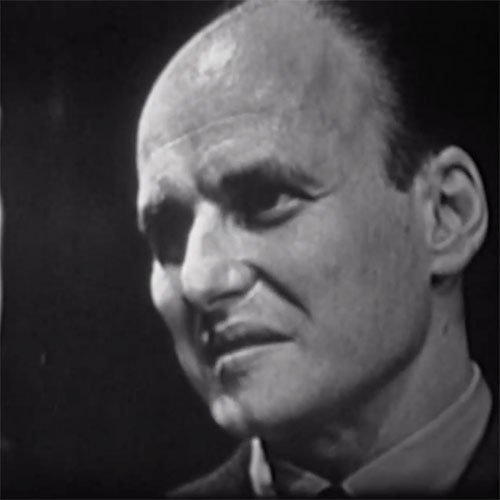 Son of renowned composer Otto Klemperer, young Klemperer emigrated with his parents to the U.S. from Germany in 1935. His began to appear on television in the early 1950s, in two installments of the anthology series Goodyear Playhouse and on Shadow of the Cloak, a spy series on the short-lived DuMont Network. Here he is in the episode "The Last Performance" (1952). 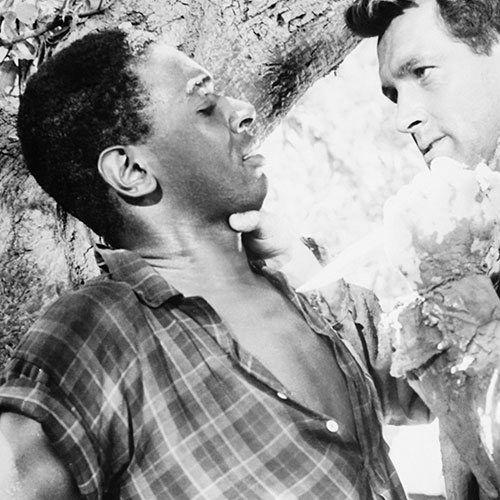 Dixon grew up in Harlem the son of a grocery store owner. The family lived on the same block as National Book Award-winning author Ralph Ellison and dancer Gregory Hines. No wonder Dixon, like his neighbors, ended up in the arts. The year 1957 proved to be his breakthrough, as he landed a key role on Broadway and a part in the Rock Hudson movie Something of Value. This film about the 1950s Mau Mau uprising in Kenya cast him alongside Sidney Poitier. The following year, he was a stunt double for Poitier in The Defiant Ones. 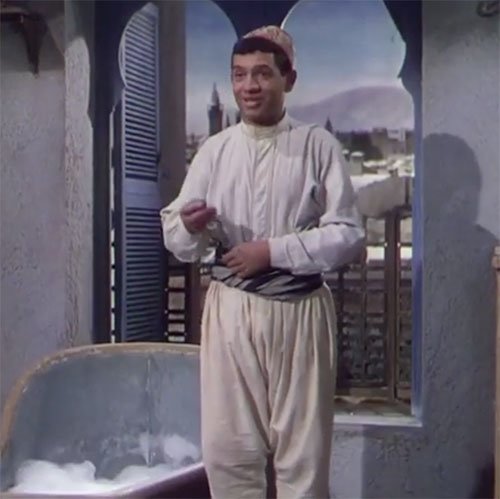 Born Robert Max Widerman in Paris, France, Clary survived imprisonment in a concentration camp but lost most of his family to the Holocaust. Singing led to a career in show business. As an actor, he made his debut in Ten Tall Men, a 1951 war picture with Burt Lancaster set in Morocco. Look for him early in the film as Lancaster's loyal and local assistant. He fetches fruit and information for the main character. 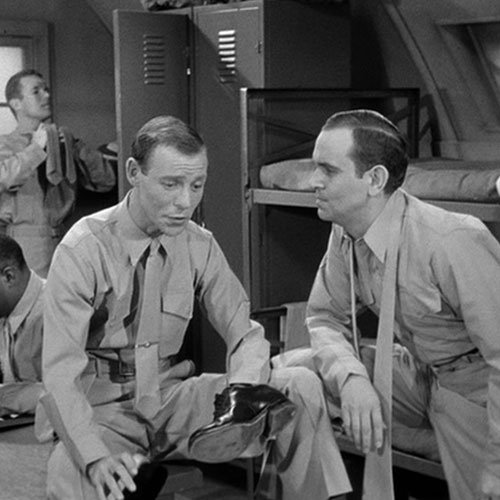 Before he became known worldwide as "The Millionaire" Thurston Howell III on Gilligan's Island, Jim Backus landed his own sitcom called, well, The Jim Backus Show. Sometimes titled Hot Off the Wire, this syndicated series centered around reporters working in a wire service. Because it was syndicated at the dawn of the 1960s, not much material remains from this show, which is a shame, as a young Larry Hovis played a "Teenage Boy" named Bert Potter in a few episodes. No, you are most likely to have first seen Hovis as Larry on Gomer Pyle, U.S.M.C. starting in 1964.

See the final screen roles for the cast of Hogan's Heroes 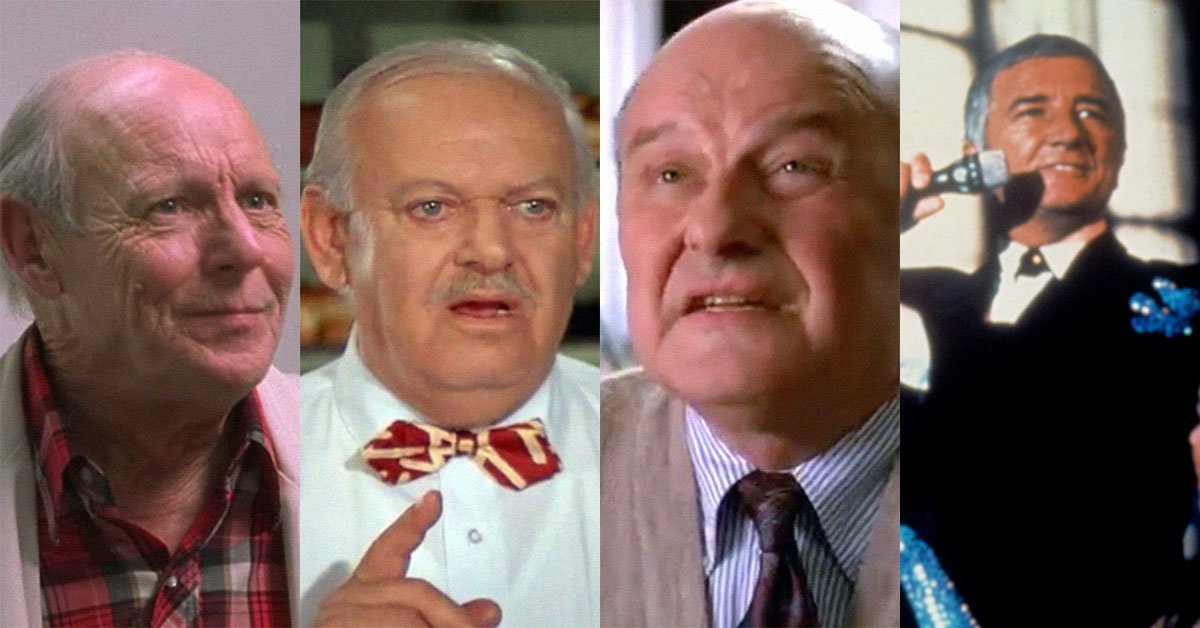 They were villains for both Schwarzenegger and The Partridge Family. READ MORE

Rambo4 19 months ago
Sadly the only one left alive is Robert Clary. Bob Crane was murdered at 49 years old and it remains unsolved. Nina Talbot who played Mayra the Russia Spy is still alive too.
Like (2) Reply Delete

DaveSmithson Rambo4 13 months ago
Yes! "Nita" Talbot would always amuse me as she seemed to be the one & only girl on the show who could make Hogan seem off balance... Also, Bob Crane & Sigrid Valdis, (Fraulein Hilda) were actually married on the set of the show, I think, during Season 2..
Like Reply Delete

daywayne 29 months ago
My dad and I watched Hogan's Heros together back in the 60's. No matter how many times Schultz said "I know nothing", my dad always laughed. My dad has been gone many years but when I watch Hogan today, I still hear him laughing.
Like (4) Reply Delete

Josie92 29 months ago
Scholtz; hilarious!!! Did anyone else besides me watch Benny Hill? Don't recall Richard Dawson in it though.
Like Reply Delete

CaptainDunsel Josie92 20 months ago
I've watched a fair amount of Benny Hill. What we both watched was probably later BH episodes than ones from the 50s (which were probably black and white).
Like (1) Reply Delete

F5Twitster 29 months ago
“Son of renowned composer Otto Klemperer, young Klemperer emigrated with his parents to the U.S. from Germany in 1935.“

Otto Klemperer was a symphony CONDUCTOR, not a composer.

Oddly, though Werner Klemperer lived in the apartment building right next to my college dormitory in New York, it wouldn’t be till twenty-odd years later that I would meet him, in Los Angeles or, more precisely, West Hollywood, CA. He was a nice man.
Like (4) Reply Delete

Catman F5Twitster 20 months ago
According to his Wikipedia article, he was also a composer. But it is probably true that he was more recognized as a conductor.
Like (1) Reply Delete

AgingDisgracefully 29 months ago
Whatever happened to the Russian prisoner from the pilot?
Like Reply Delete

Wiseguy AgingDisgracefully 29 months ago
Leonid Kinskey decided not to stay with series after the pilot (he was uncomfortable with the WWII German setting). He appeared in a Perry Mason later that season. Stewart Moss, another actor from the pilot who decided not to continue with the series (although he made occasional appearances) also appeared in Perry Mason's last season that year.
Like Reply Delete

EilidSidhe 29 months ago
We used to watch Hogans Heroes Mon-Fri at 10:30-11 pm. Now, when we turn MeTV, channel 290, on there is some women talking about covid-19. We do NOT WANT to watch such over-produced info!! We want Hogans Heroes back on at 10:30-11 pm!! I am a retired MA RN, and do not need, or want, any more illness-oriented shows!! My late father fought in WW II, and enjoyed Hogans Heroes. Please make it available again at the advertised time slot, 10:30-11 pm!!!
Like (6) Reply Delete

Wiseguy EilidSidhe 29 months ago
Complain to your local station. They're the ones who pre-empt MeTV series. In my area, we often get a Trump news conference on MeTV so that it doesn't interfere with the station's regular newscast. In addition, they pre-empt the second M*A*S*H episode to rerun the 6PM news that just ended.
Like (1) Reply Delete

BillPfu 29 months ago
When will we receive Metv in Denver co .
Like Reply Delete

Jeffrey 29 months ago
I didn't know any of this information until reading this.
Like (1) Reply Delete

JewelsChuck Jeffrey 29 months ago
Me too!
Like Reply Delete

Kenner 29 months ago
Ivan Dixon also had a memorable role as a boxer in an early Twilight Zone episode.
Like (3) Reply Delete

F5Twitster Kenner 29 months ago
In the episode titled “The Big, Tall Wish.”
Like Reply Delete

Wiseguy Kenner 29 months ago
Ivan Dixon also appeared on one of the last episodes of the series, also written by Rod Serling, "I Am the Night - Color Me Black," which also co-starred MeTV actors George Lindsay (Andy Griffith Show/Mayberry RFD), Ward Wood (Mannix), Paul Fix (The Rifleman/Star Trek 2nd Pilot) and Terry Becker (Voyage to the Bottom of the Sea).
Like Reply Delete

Jeffrey 29 months ago
And Ivan Dixon was a gift to the HH show too:)
Like (1) Reply Delete

Jeffrey 29 months ago
John Banner and Werner Klemperer - so super actors (and yes I'm 80% kraut) but they are so good in HH and in other shows ..
Like (1) Reply Delete

Wiseguy Jeffrey 29 months ago
Before Hogan's Heroes, Werner Klemperer and John Banner both appeared in the movie "Operation Eichmann" (1961) and in the early episode of Alfred Hitchcock Presents "Safe Conduct" (1956).
Like Reply Delete

JayMishler 29 months ago
For a short time Robert Clary had a supporting role in the day time soap opera The Young and the Restless as the owner of the French Restaurant in the fictional town of Genoa City.
Like (2) Reply Delete

ValT JayMishler 29 months ago
He also played Robert LeClair on Days of Our Lives.
Like (2) Reply Delete

Lantern 29 months ago
Wow, never would have recognized John Banner from that photo.
Like (3) Reply Delete

PortelaJ Lantern 29 months ago
Agree. Had to do a double take and it still didn’t register. I see nothing!
Like (4) Reply Delete

MarthaWashington Lantern 29 months ago
To me, that does NOT look like John Banner, but more like Mark MIller from Please Don't eat the Daisies and many other shows of that era.
Like Reply Delete

MichaelV Lantern 3 months ago
John Banner weighed 180lbs when he came to the US, which is why he’s so unrecognizable. He didn’t really start gaining weight till he got married and became the Schulz we know today.
Like Reply Delete