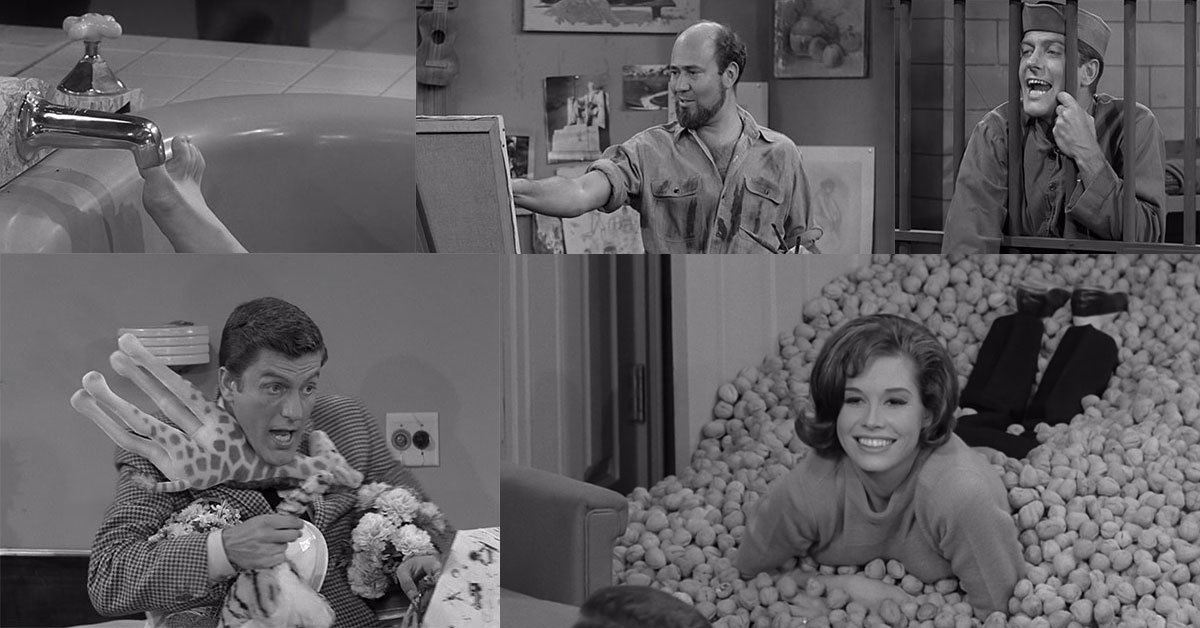 The Dick Van Dyke Show remains one of the funniest sitcoms of all time. That timelessness came somewhat by design. Creator-writer Carl Reiner made a point to avoid contemporary pop-culture references and Sixties slang. For that reason, Rob and Laura Petrie feel and act like a modern couple — perpetually. Of course, the writing had to be sharp and honest in general, too, and performed to perfection by Dick Van Dyke and Mary Tyler Moore.

We asked Carl Reiner himself for his 10 favorite episodes of series.

It's hard to find fault with his picks, which include not only highlights of the series but some of the best moments in sitcom history. Mary Tyler Moore on a pile of nuts! Dick Van Dyke with a stuffed giraffe under his chin! Carl Reiner losing his temper — and his hair!

Here are the picks. Do you agree? 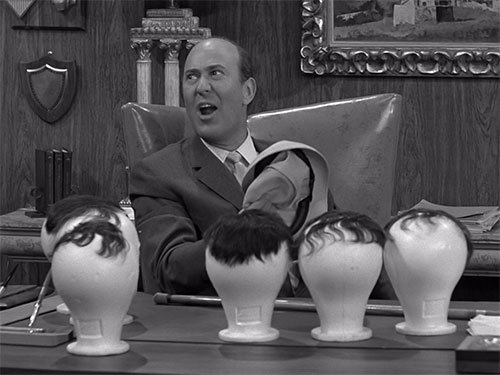 Laura accidentally reveals that Alan Brady is bald — live on television — while she is a contestant on a game show. Reiner is not the only one who highly rates this fan-favorite. TV Guide magazine once ranked it No. 8 on its 100 Greatest Episodes list. Throughout the first three seasons, Reiner's Alan Brady was an unseen character, heard without showing his face. Brady at last revealed himself in season four, but this episode marked his meatiest moment on the sitcom. The scene with Brady and Laura, in his office, before an array of toupees, remains a side-splitting classic. 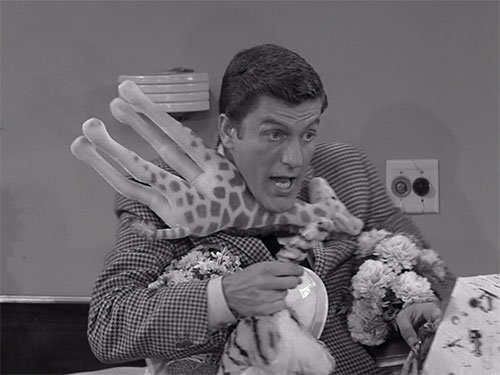 The series three premiere flashes back to the birth of Richie. Rob had his hands — and neck — full. That might explain why he accidentally took the wrong baby home. 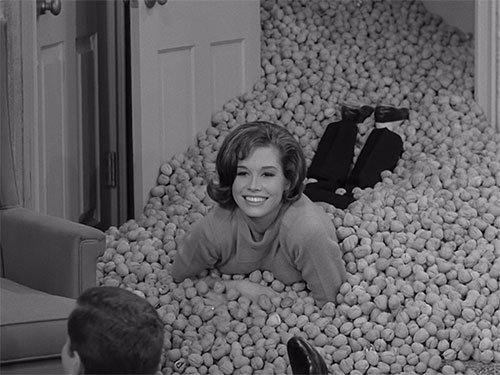 An alien named Kolak, played by Danny Thomas, comes to Rob, threatening to steal his thumbs and his sense of humor. The episode would later inspire the creation of Mork (Robin Williams) on Happy Days. The image of Mary Tyler Moore sliding out of a closet on an avalanche of walnuts remains an indelible image in our minds.

4. "The Curious Thing About Women" 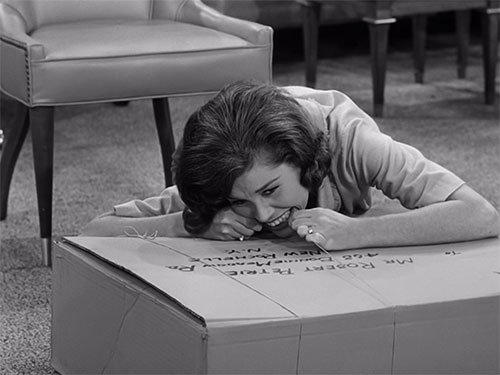 Laura has a bad habit of opening up Rob's mail. So he ships home an instantly inflatable raft inside a box. The plot bore many similarities to a 1952 episode of I Married Joan, "Joan's Curiosity." Writer Frank Tarloff earned a credit on both episodes.

5. "Never Bathe on a Saturday" 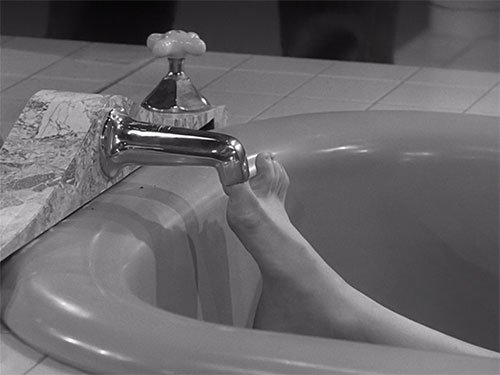 Laura gets her big toe stuck in a bathtub faucet while on a romantic vacation with Rob. This episode marked Reiner's final solo writing credit on the series. In fact, he wouldn't write for another episode at all until the series finale. Behind the scenes, filming was stressful, as Mary Tyler Moore walked off the set at one point. Reports vary as to why, blaming her irritability on quitting smoking to being upset about having to act largely offscreen. It's all moot now, as the episode is a riot. 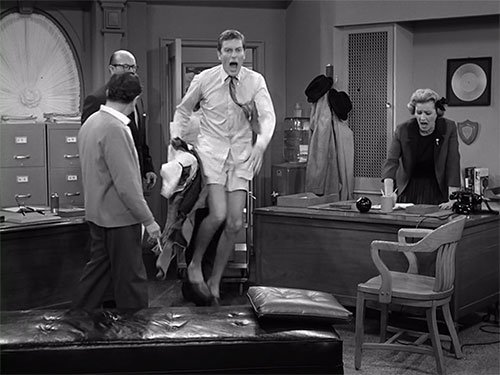 Where do babies come from? Rob and Laura tell their son about the day he was born, in a series of flashbacks, when he pops the dreaded question for all parents. 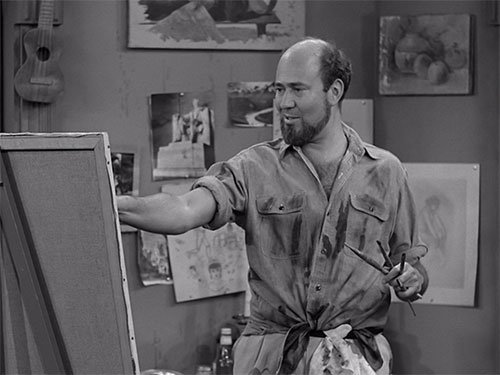 Reiner may not have shown his face as Alan Brady on the show until season four, but he did pop up as other characters, like the painter Sergei Carpetna. The artist paints Laura — without her clothes on. Which causes Rob to freak out a bit when the painting goes on display in a gallery. 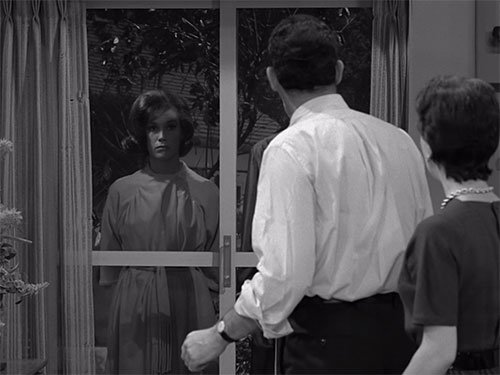 Rob's coworkers, brilliantly played by Rose Marie and Morey Amsterdam, made this a trailblazing workplace sitcom. But the domestic stuff was just as funny. Jerry (Jerry Paris) and his wife Millie (Ann Morgan Guilbert) go overshadowed as the friends and neighbors. Here, Rob and Laura eavesdrop on a private conversation between Jerry and Millie via Richie's intercom. 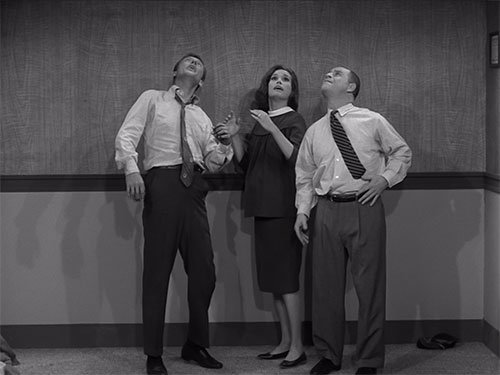 Don Rickles guest-starred as crook Lyle Delp in this two-part episode. The first half sees Rob, Laura and Delp stuck in an elevator, and features an impressive bit of physical comedy as Rob tries to climb to freedom on the cables in the elevator shaft. 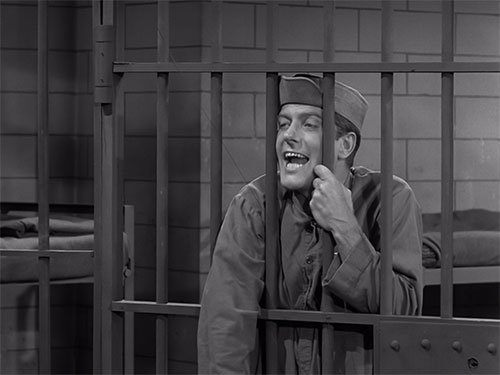 In part two, Rob is tossed in the clink, mistaken for a real criminal. He tells his new cellmates about his showbiz career and bothers the guard, played by Allan Melvin (The Phil Silvers Show). 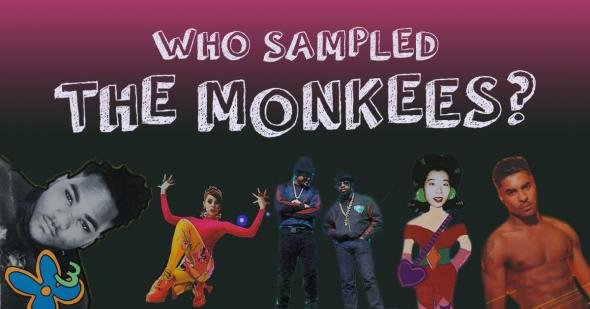 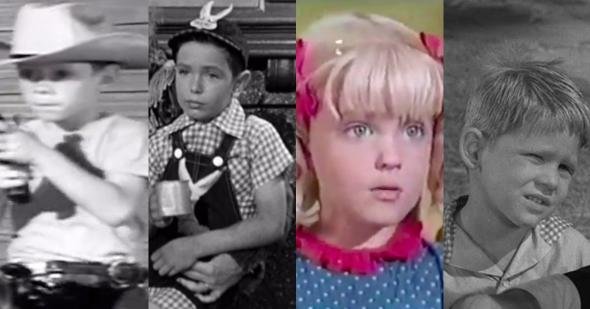 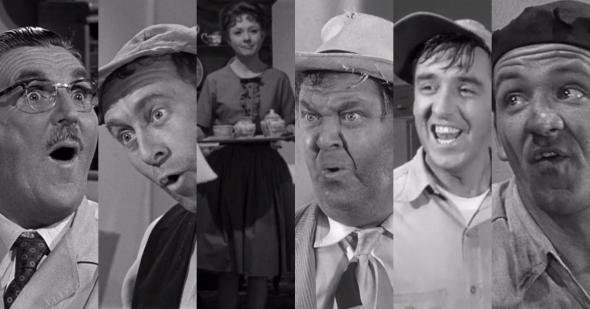 nostalgia
Andy Griffith and Don Knotts praised these Mayberry characters for creating the town's ''border of insanity''
Are you sure you want to delete this comment?
Close

Eba1 9 months ago
Let's not forget Morey Amsterdam's Bar mitzvah. That was poignant and funny and also exposed the latent anti semitism of its time.
Like Reply Delete

LadyJaneFromParis 24 months ago
I've loved "The Dick Van Dyke Show" since the very first broadcasts. It's still my all-time favorite show. Here's my question: has anyone else wondered about the name of the of the late-night TV host who appeared, or was referred to, on a number of episodes? His name was "Stevie Parson". I have always thought that the name honored the first 3 hosts of "The Tonight Show" -- Steve Allen, Jack Paar, and Johnny Carson. Has anyone found a reference to that name? He was played by the late Richard Schaal. Thank you!

ForeverHappyDays 24 months ago
The walnut episode has always been my favorite!
Like (1) Reply Delete

KirwoodDerby 25 months ago
Imagine being around for 98 years and having a great life writing comedy and going to lunch. What a dream life he lead. God bless you Carl.
Like Reply Delete

Bob 26 months ago
Carl's a genius. And Laura Petrie is still the best TV wife of all-time.
Like (3) Reply Delete

DeborahRoberts 29 months ago
Some of those are my favorites: Definitely "Coast to Coast Bigmouth"! Also "All About Eavesdropping," "That's My Boy," "Never Bathe on a Saturday," "The Curious Thing About Women," "Where Did I Come From?" and "It May Look Like a Walnut." But also "Long Night's Journey into Day" and "The Ghost of A. Chantz."
Like (2) Reply Delete

JudithEllis 39 months ago
My absolute favorite is the one where they go into a creepy old house and knew by one disappear. "Smile, You're on Spooky Camera ".
Like (3) Reply Delete

DonnaNowickiFrench JudithEllis 39 months ago
That’s one of my favorites too.
Like Reply Delete

Jan JudithEllis 26 months ago
That’s one of my favorites, also. My top two are that one & All about Eavesdropping. Cracks me up every time, when Rob & Laura do everything in unison: walk in sit down, cross their legs😂😂😂. And when playing Charades, Laura mimes stomp, crush, etc, & Rob jumps up - On the Street Where You Live!!! Right!!!
Like Reply Delete

ETristanBooth 40 months ago
As all Dick Van Dyke Show fans know, Rob did NOT take the wrong baby home from the hospital. He only thought he did.
Like (3) Reply Delete

ETristanBooth 40 months ago
It's not quite true that there were no contemporary references. For example, in "The Return of Happy Spangler," Hap jokes that Laura's husband is the President (Kennedy).
Like Reply Delete

Jon 40 months ago
1 of my favorites among the earliest episodes is "My Blonde-Haired Brunette". I hope to see that again soon on Me-Tv.
Like Reply Delete

DaveAnderson 40 months ago
Wow! Pretty cool picks. Allan Melvin, who would go on to play Sam the butcher on The Brady Bunch, was one of a couple performers that played more than one character on the show...
Like (1) Reply Delete

MrsPhilHarris 40 months ago
Coast To Coast Big Mouth and That's My Boy are two of my favourites.
Like Reply Delete