Where To Watch Shop Store Contact
Home / Stories / What ever happened to the family from 'Step by Step'?
Did you know?

What ever happened to the family from 'Step by Step'?

Let's take a second time around to check in on favorite stars of 'Step by Step.' 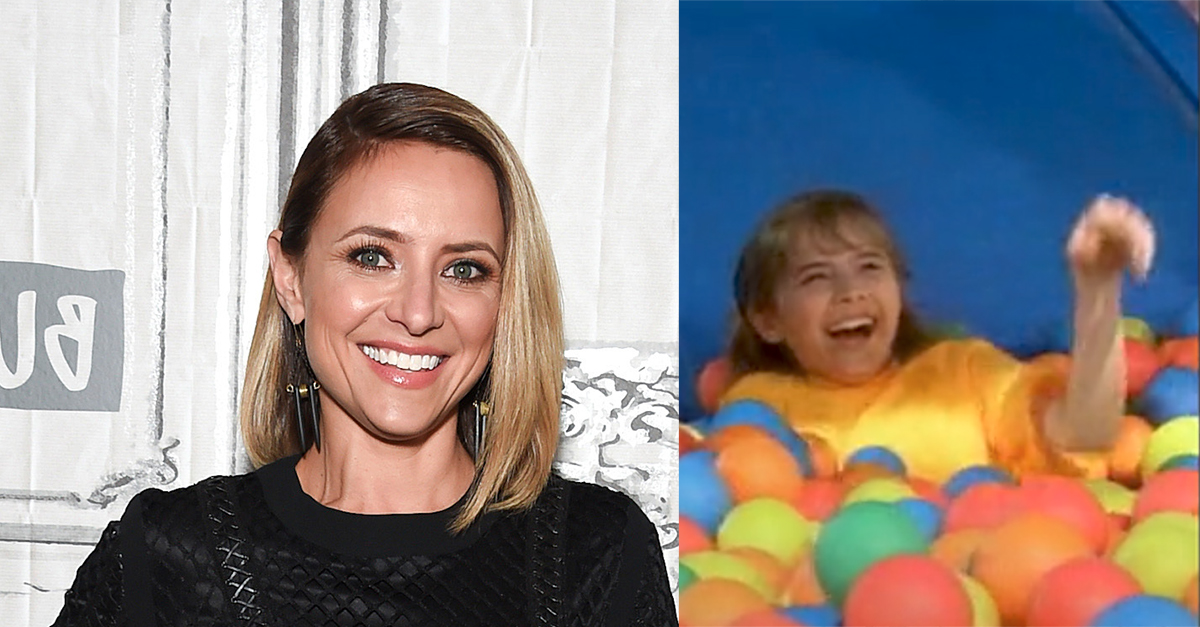 For fans of TGIF's family-friendly lineups, the arrival of Step by Step in 1991 was like the second coming of The Brady Bunch, just a little more modern and perhaps a touch more dysfunctional. The mom was even named Carol! The popular sitcom, which ran for seven seasons, featured sitcom heavyweights in Patrick Duffy as the dad Frank Lambert and Suzanne Somers as the mom, Carol Foster. Each parent had "three of their own" before they impulsively wed offscreen before the first episode. 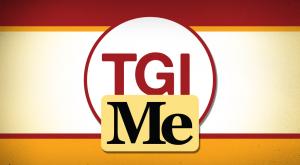 Revisit your favorite '90s TGIF shows each week on MeTV.com

It's been about 20 years since Step by Step was on air, allowing plenty of time for fans to wonder: What happened to the family from Step by Step? Below, you can read as we catch up with Frank and Carol and all the kids.

Want to revisit the series? We've got the first five episodes available to stream in full for the next week, when we'll debut our next TGIF show. See the full TGI-Me schedule to find out when your favorite TGIF show will be available online, or watch Step by Step here. 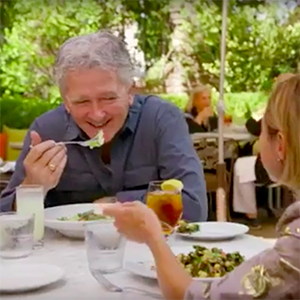 Patrick Duffy continued acting after Step by Step, making guest appearances in shows like Diagnosis Murder and Touched By an Angel, and appearing as himself on Party Down and in the movie Walk Hard: The Dewey Cox Story. He also did more voice acting for Family Guy, Justice League. Fans of The Bold and the Beautiful remember him most recently, again portraying a sort of disappointing patriarch in his character Stephen Logan. From 2012 to 2014, Duffy also memorably revived his Dallas character Bobby Ewing for 40 episodes of the reboot. But for Step by Step fans, the ultimate recent Patrick Duffy role came on Hollywood Darlings, the USA show featuring Full House’s Jodie Sweetin, 7th Heaven’s Beverly Mitchell and Step by Step’s Christine Lakin playing more dramatic versions of themselves as former child stars. Duffy again appeared as himself in the episode “The Luke Perry Incident,” because the plot called for Lakin to try and reunite her former cast members from Step by Step. This year you can also catch him in the Hallmark TV movie The Christmas Cure. 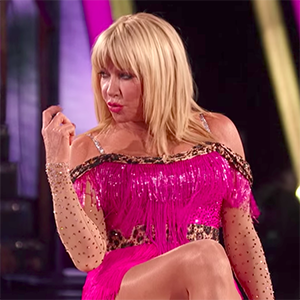 Suzanne Somers’ experience in TV hasn’t always been as sunny as the characters she’s famous for portraying. After her Three’s Company lawsuit, her development deal for The Suzanne Somers Show fell through. Step by Step was a huge return to network TV for her in 1990. After that, she was briefly the host of CBS’ Candid Camera from 1997-99. We didn’t see her back on TV until her short-lived lifetime talk show The Suzanne Somers Show in 2012. Her most recent TV appearance was in 2015 for Dancing with the Stars, where she placed 9th. 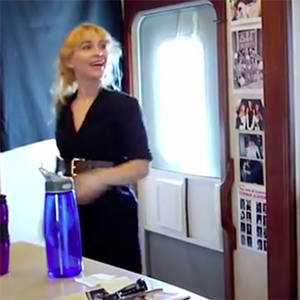 Staci Keanan portrayed two memorable teens in the late 1980s to early 1990s, as Dana Foster on Step by Step and Nicole Bradford on My Two Dads. After Step by Step ended, she joined costar Patrick Duffy in the same episode of Diagnosis Murder, “Till Death Do Us Part.” Since then, her only other return to TV came through another Step by Step costar when she appeared in the mini-series Lovin’ Lakin in 2012. 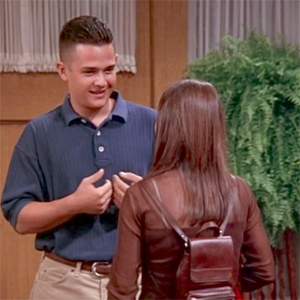 As J.T. Lambert, Brandon Call was one of Step by Step’s most promising young comedians, but unfortunately for viewers, the show marked the end of his acting career. Some attribute this to a highly publicized incident where Call was a victim of road rage, and shot twice in both his arms. He recovered in time to finish Step by Step but then retired from acting and has remained out of the public eye ever since. 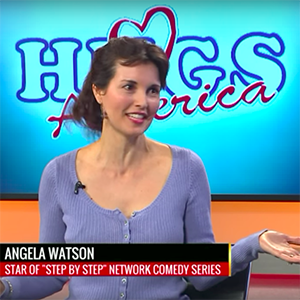 Angela Watson was another one of Step by Step’s emerging talents, and the studio even offered her a contract for her own show. That show never came to light, and Watson’s acting career pivoted as Watson was forced to confront her parents for stealing her sitcom earnings. She pressed charges and her parents had to pay her back. Watson then went on to combat laws that could lead to the same thing happening to other child actors, creating the CAST Foundation to offer free accounting investigative and legal services to young performers. Today she leads HugsAmerica as their national spokesperson, appearing recently in a segment aired on Fox, as seen in the photo here. 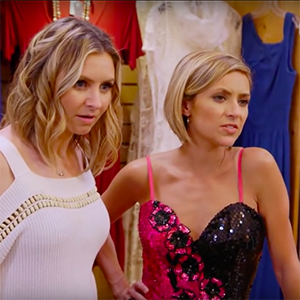 Pictured here on the right, Christine Lakin has remained active as an actress since her early Step by Step days, making guest appearances on popular shows through the early 2000s like 7th Heaven, 3rd Rock from the Sun, Boston Public, and Touched by an Angel. Most recently, she’s provided voice work for Family Guy as Joyce Kinney, anchor for Quahog 5 News. Of course, she also starred in the 2012 mockumentary miniseries Lovin’ Lakin and in 2017 continued on that note for the USA mockumentary series Hollywood Darlings, where she plays a hyperbolized version of herself now with other former child stars Jodie Sweetin (Full House) and Beverley Mitchell (7th Heaven). 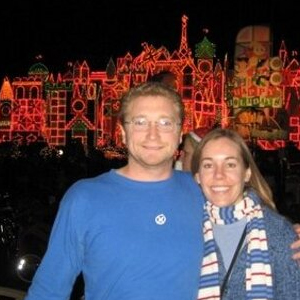 Christopher Castile played Mark Foster on Step by Step, but despite finding more success by starring in the Beethoven movies while working on the show, he decided to retire from acting once the series ended. He resurfaced on Twitter in 20111, though, and Christine Lakin was there to welcome her “long lost brother.” 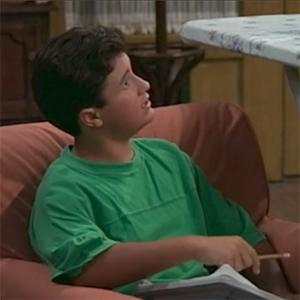 When the character Lilly Lambert was introduced in the second to last season of Step by Step, viewers didn’t know but it would mark the final season for the previously youngest Lambert sibling, Brendan Lambert. Portrayed by Josh Byrne, he appeared in the last episode of the sixth season, “Bonjour Jean-Luc.” Afterwards the actor retired from acting and has maintained a low profile. 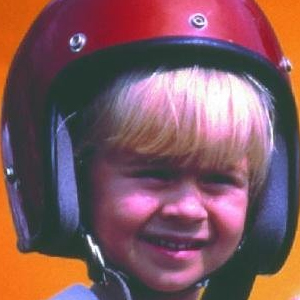 Emily Mae Young played Lilly Lambert for the final two seasons of Step by Step. She then went on to star in the movie Undercover Angel in 1999 with Yasmine Bleeth and Dean Winters. After that, she followed many of her older Step by Step costars in exiting the public sphere. 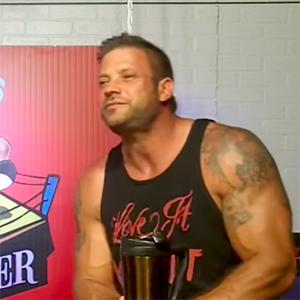 Sasha Mitchell stood out as the Lamberts’ dopey cousin Cody, introduced in the fourth episode of the first season “First Anniversary.” When Step by Step ended in 1998, Mitchell made guest appearances in several shows including JAG, ER, and NYPD Blue. Most recently, he took on roles in 2016 films Assassin X, Smoke Filled Lungs and I Love You Both. He also has several films announced for 2017, including the recently completed Drunk Parents, starring Alec Baldwin and Salma Hayek. You’ll note from his physique in the photo that he’s also a kick-boxer, and here we see him in 2014 discussing martial arts with bodybuilder Ric Drasin.

Amalthea 41 months ago
They forgot to mention that Suzanne Somers also was in the short-lived "She's the Sheriff" which, while not critically pleasing, I thought was a cute show.
Like Reply Delete