Where To Watch Shop Store Contact
Home / Stories / About that one time Quentin Tarantino played Elvis on 'The Golden Girls'
Did you know?

It was almost as weird as the Elvis-themed Twilight Zone episode written by George R.R. Martin. 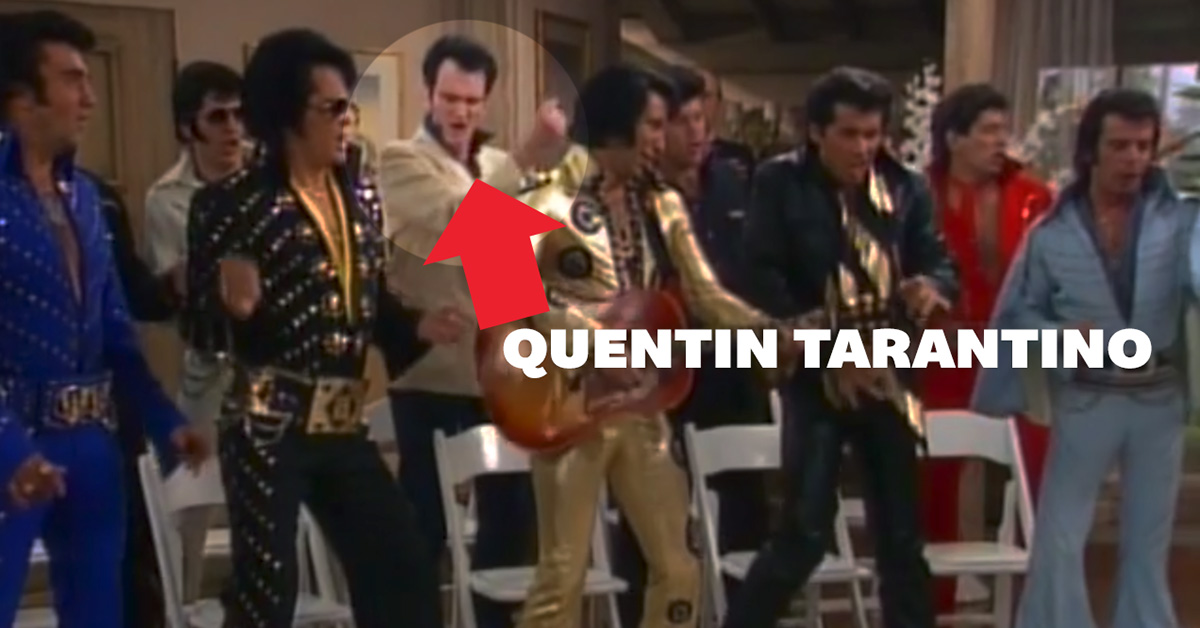 Forty years ago to this day, Elvis Presley passed away, in a most ignominious way on his bathroom floor. The King may have died on August 16, 1977, but his legacy lived on. It not only lived on, it grew to mythical proportions.

This went beyond tabloid reports and urban legends that the pop idol had be spotted incognito at some truck stop in Montana. Elvis impersonation grew into a cottage industry in Las Vegas. Commemorative collectors' plates depicting the hunka-hunka burning love were sold during TV commercial breaks. Kurt Russell played the rock & rock pioneer in John Carpenter–directed TV movie simply titled Elvis, which aired a mere 18 months after his death. 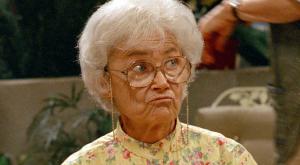 The 12 best moments from Sophia Petrillo on 'The Golden Girls'

Elvis continued to be a regular presence on TV, including a 1986 episode of The Twilight Zone written by Game of Thrones creator George R.R. Martin. "The Once and Future King" was a twisted little time-travel tale in which a modern-day Elvis impersonator slips back to 1954, when he meets a young Elvis — only to kill him and take his place.

A couple years later, a dozen Elvis impersonators turned up on The Golden Girls, serenading Sophia with "Hawaii Wedding Song" after she ties the knot with her groom, Max.

If you look closely in the back row of the bunch, you will spot a particularly scrawny Elvis impersonator, giving it his all with a signature snarl of the upper lip and pendulating pelvis. Instead of a shiny jumpsuit and oversized gold sunglasses, he wears a light blazer over black. He looks more like Morrissey. Believe it or not, this is Quentin Tarantino.

"Well, it was kind of a high point [of my career] because it was one of the few times that I actually got hired for a job," Tarantino recalled in a 1994 Interview with Playboy magazine. In typical Tarantino fashion, he continued to nitpick the creative decisions of the sitcom. "I was one of 12 Elvis impersonators, really just a glorified extra. For some reason they had us sing Don Ho's 'Hawaiian Love Chant.' All the other Elvis impersonators wore Vegas-style jumpsuits. But I wore my own clothes, because I was, like, the Sun Records Elvis. I was the hillbilly cat Elvis. I was the real Elvis; everyone else was Elvis after he sold out."

So how did a wannabe hipster film director turn up in a sitcom about retirees in Florida? A year prior to the gig, Tarantino had directed a black & white movie called My Best Friend's Birthday, co-written with his good friend and video rental store coworker Craig Hamann. The full version has never been released.

Hamann at the time was working as a secretarial assistant to Hollywood agent Cathryn Jaymes. She took him on as an actor client. One day, 25-year-old Tarantino showed up in James office-slash-home, wearing a ripped t-shirt and jeans, according to the book Rebels on the Backlot (2005). Tarantino was his typical manic self.

He had directed a film, yes, but truly he wanted to act. James represented him. She called a friend who worked on a casting agent for The Golden Girls. James described her new young client as "Elvis meets Charlie Manson."

As we know, he got the job, bringing some "hillbilly cat" authenticity to Saturday night primetime fluff.